​I first laid eyes on this bicycle over twenty years ago. It was hanging from a hook in a lean-to attached to my friend Real Le Bel's garage in Quebec, Canada. It was a Crown, made some time in the teens by the Great Western Manufacturing Company in La Porte, Indiana, considered the largest independent bicycle concern in the United States by the turn of the previous century. It had lost most of its original black paint. But when Real paused by the bike and ran his hand along the distinctive curly truss frame, I could see that my friend held it in high esteem. I had already filled the trunk of our car and the rack on the back with vintage bicycles, so I didn't even ask Real whether the Crown was for sale or not. But I never forgot it: the curly truss frame Crown was a work of art.

Another twenty years would pass until I saw the bike again. My friend was gone, so I couldn't ask him why the "restored" Crown was now repainted in a 1980's shade of metallic green, with clumsy spear point darts where they shouldn't be. Real had excellent taste, so there is no way to explain the amateur restoration. I decided that this time I would bring the bike home and give it the paint it deserves. Note: The first photos show the bike before I attached the badge. In the closeup of the beautiful Crown head badge you can see, on the headset, a vestige of the green metallic paint. The fresh spear point darts are improved, but still incorrect. We're getting closer. 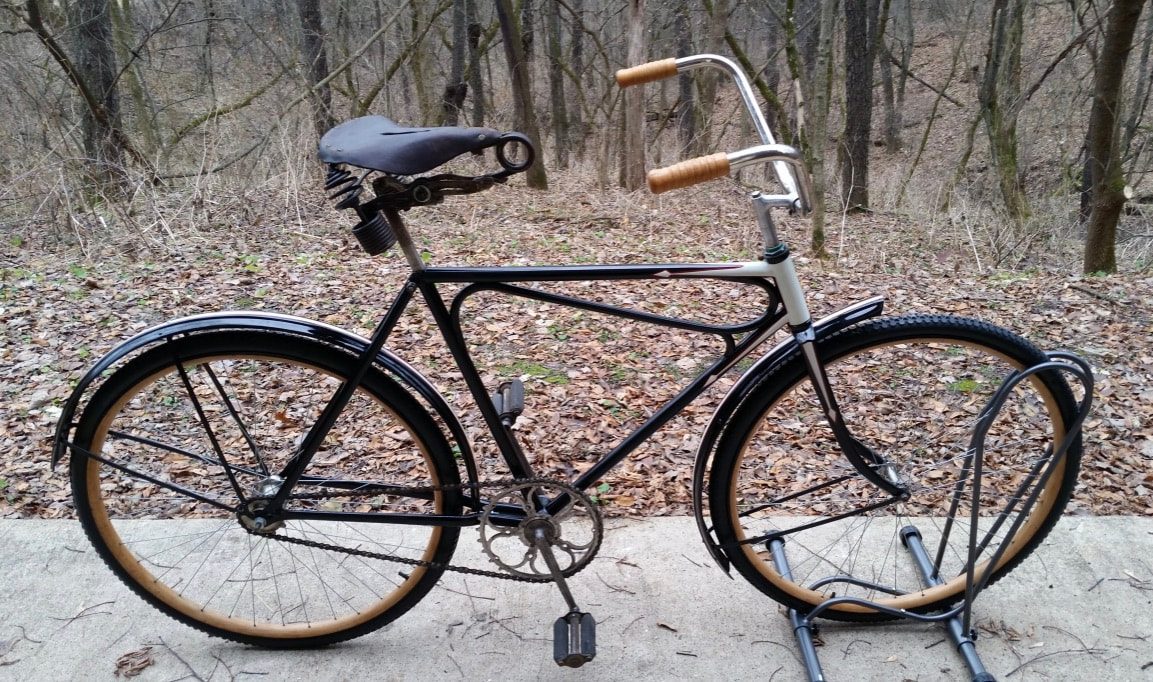 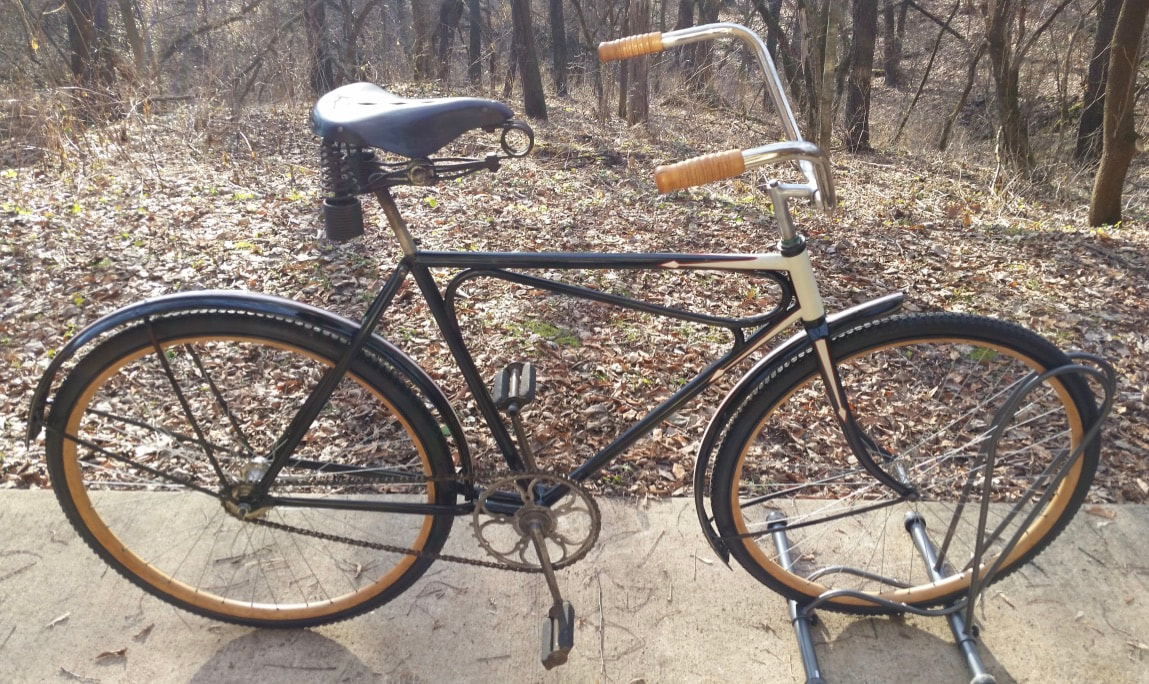 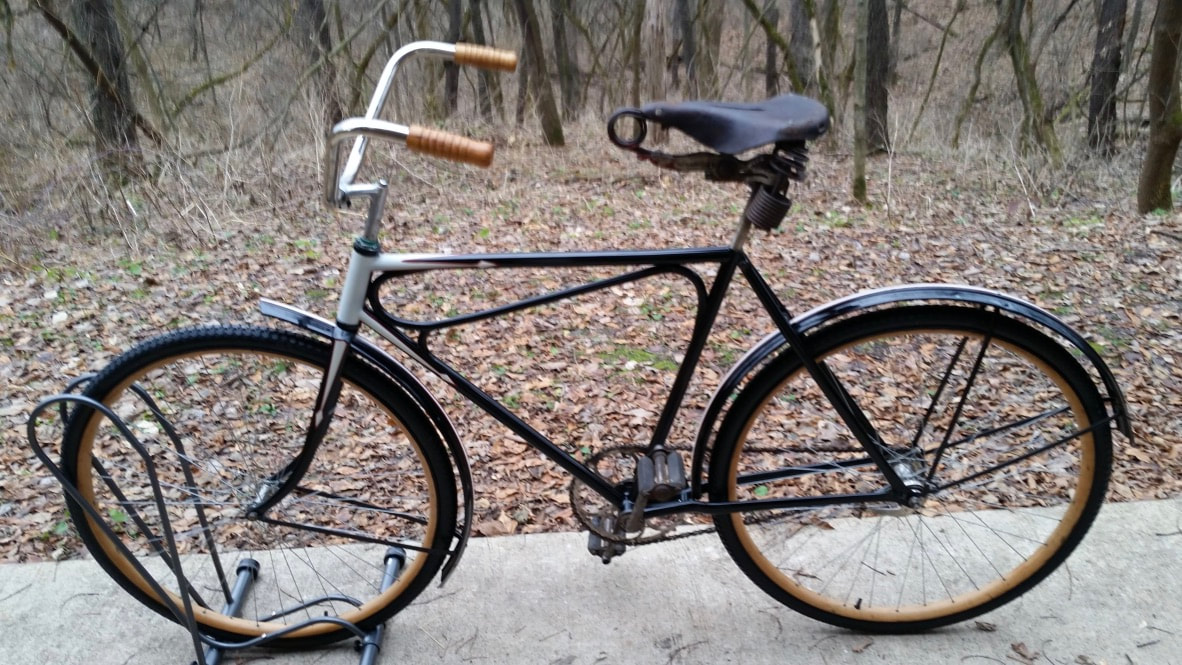 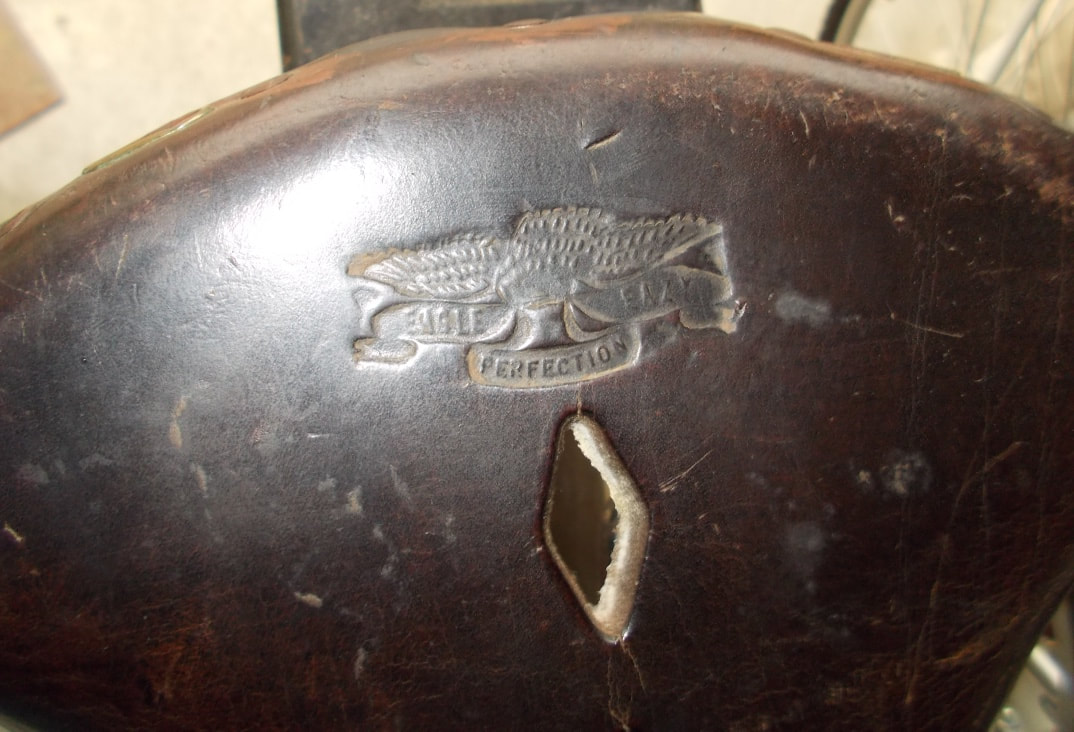 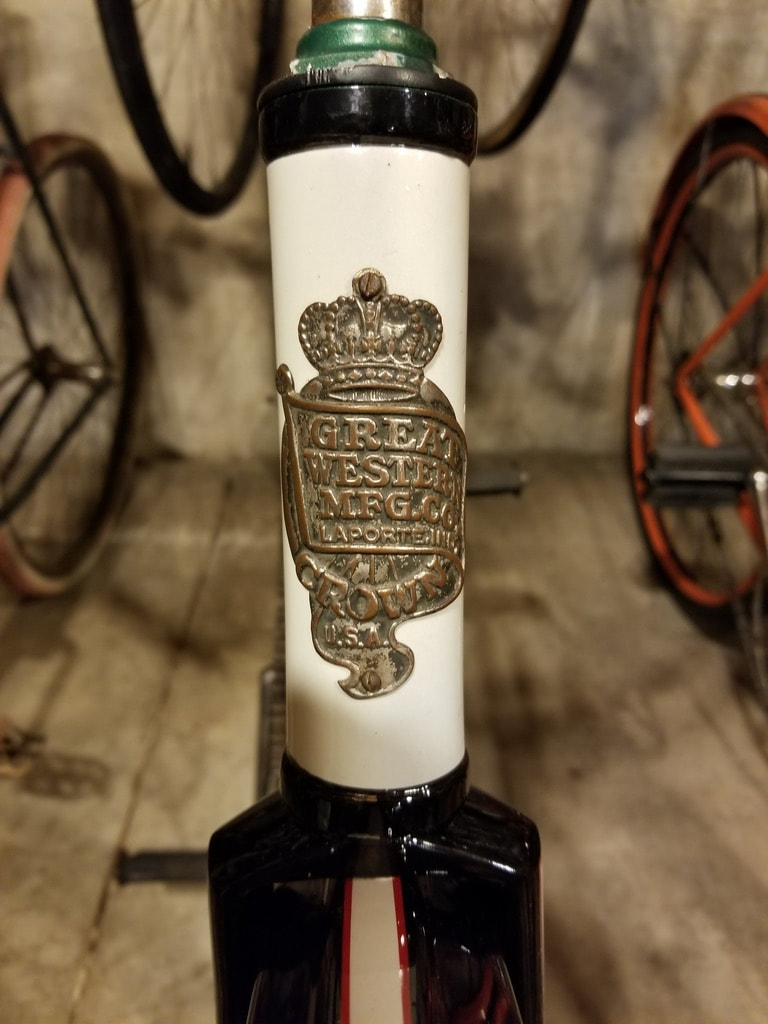 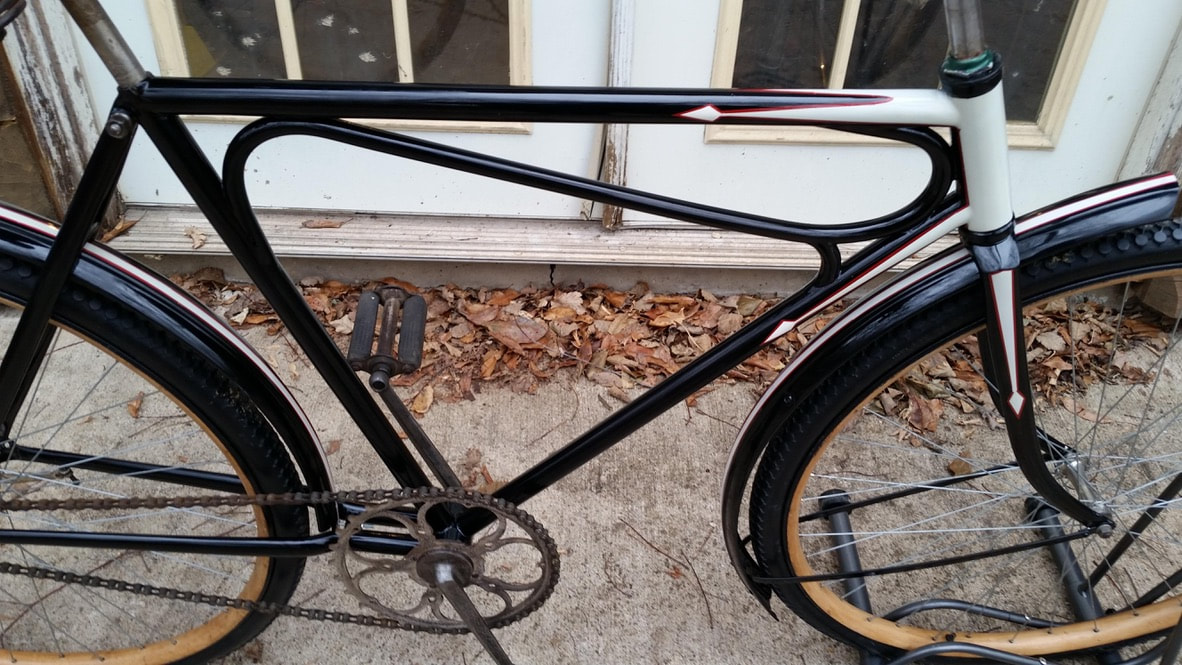 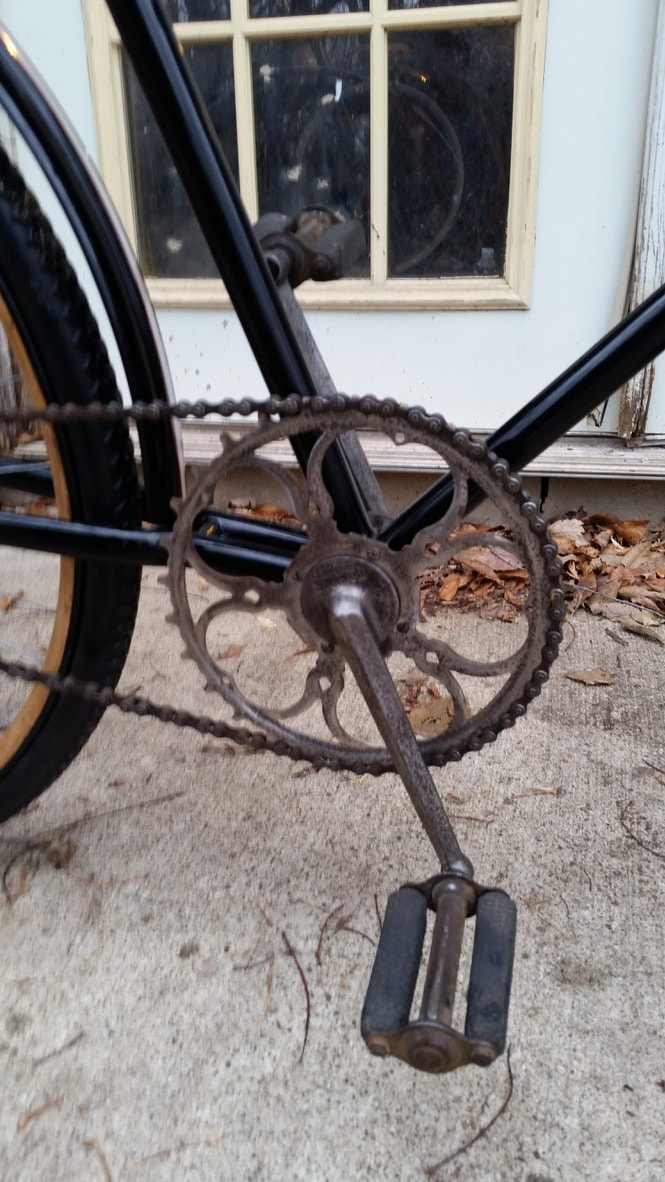 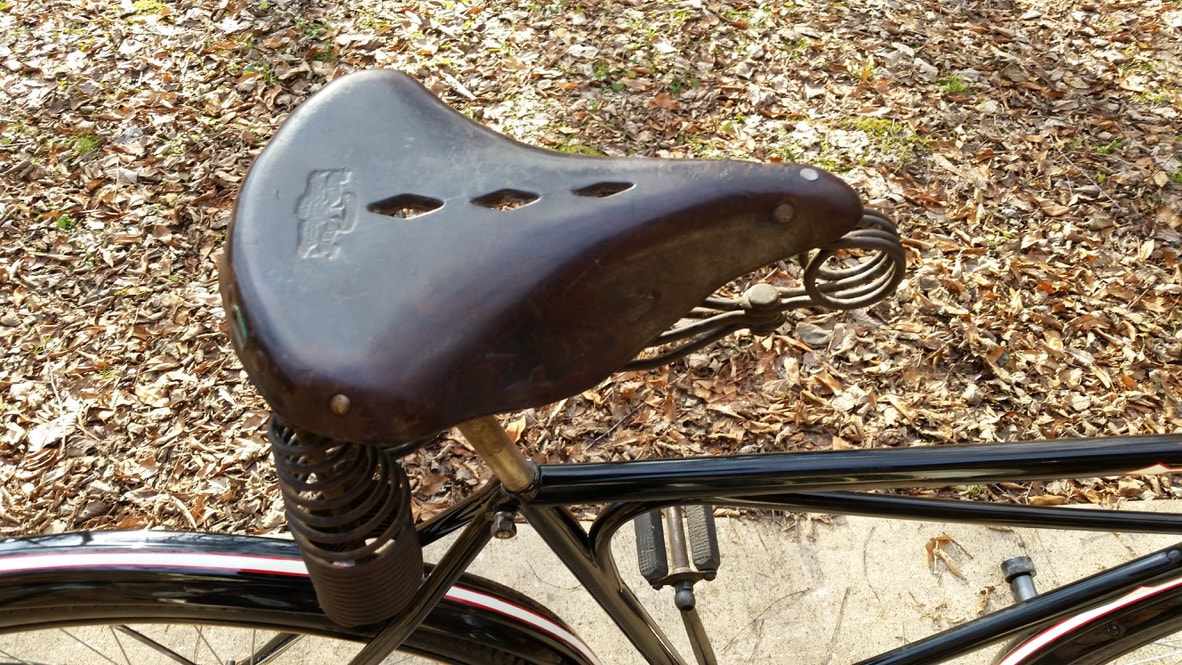 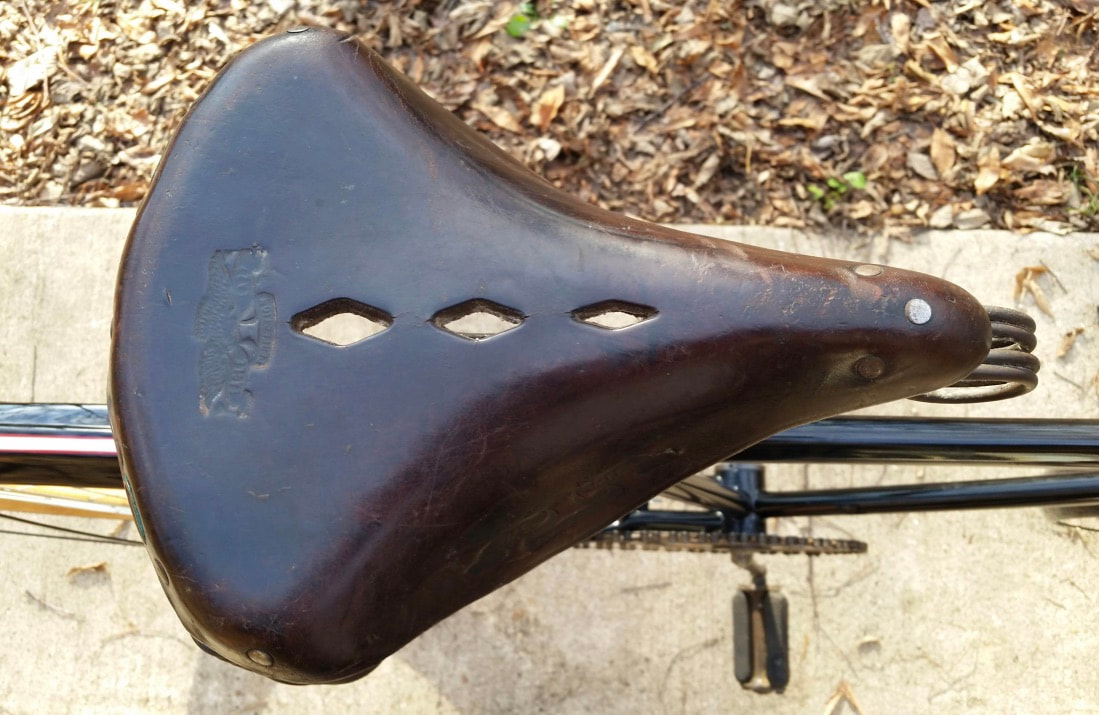