From 1888 to 1892, Stover produced accessories for ordinaries (highwheel bicycles). In 1891 the Stover hard-tire safety appeared. The first version of the Iroquois may have been fitted with hard tires, followed within a year or two by the pneumatic model you see here.

This original early pneumatic Stover Iroquois of 1892-93 features a solid bar at the top for the gentleman rider. The bar is easily removed to convert the bicycle to a ladies' model. This Iroquois was purchased from a descendant of the original owner, who lived in Freeport. At some point in time the Iroquois lost its mudguards and brake hardware. The bike is currently fitted with a period candle lamp. 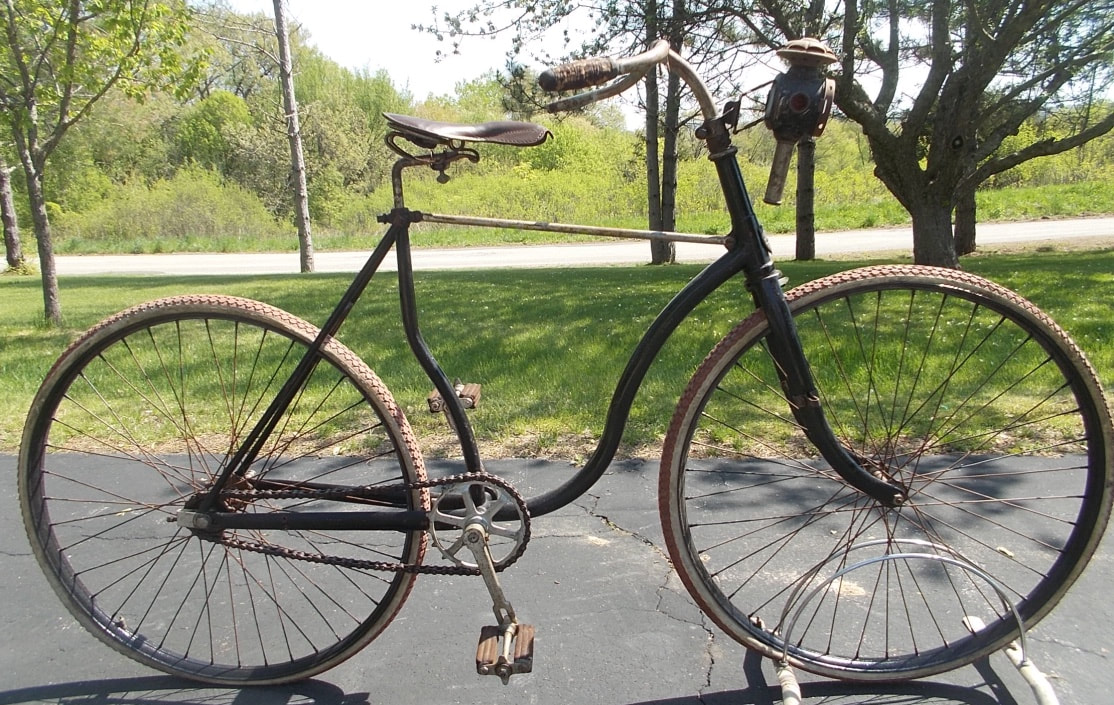 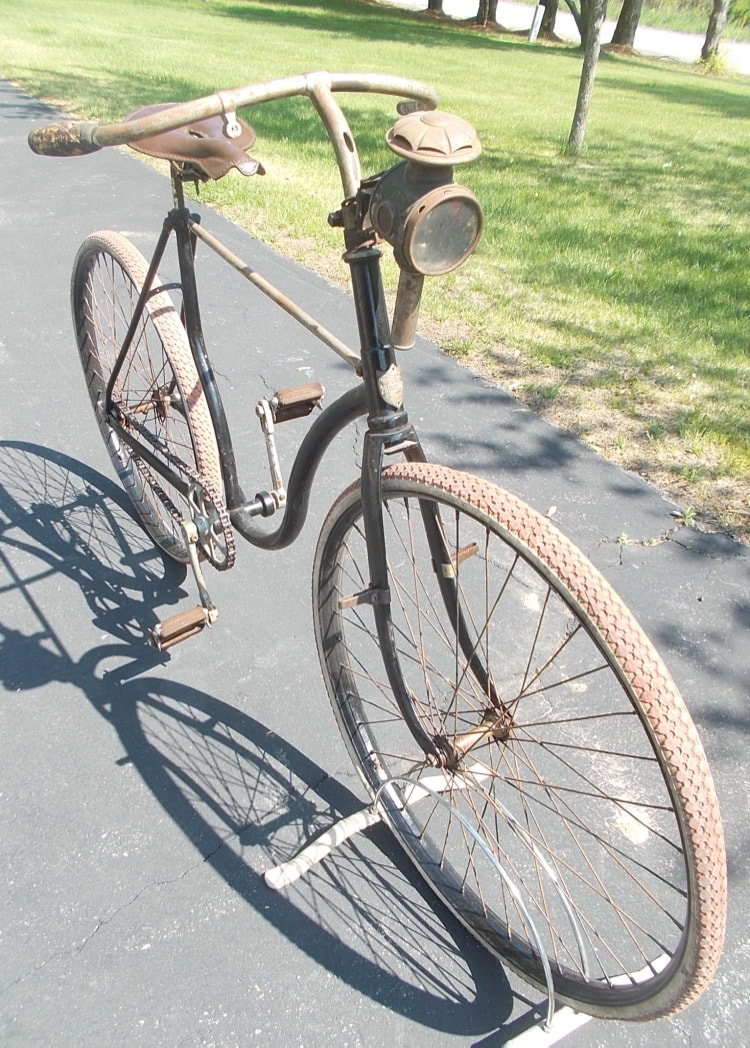 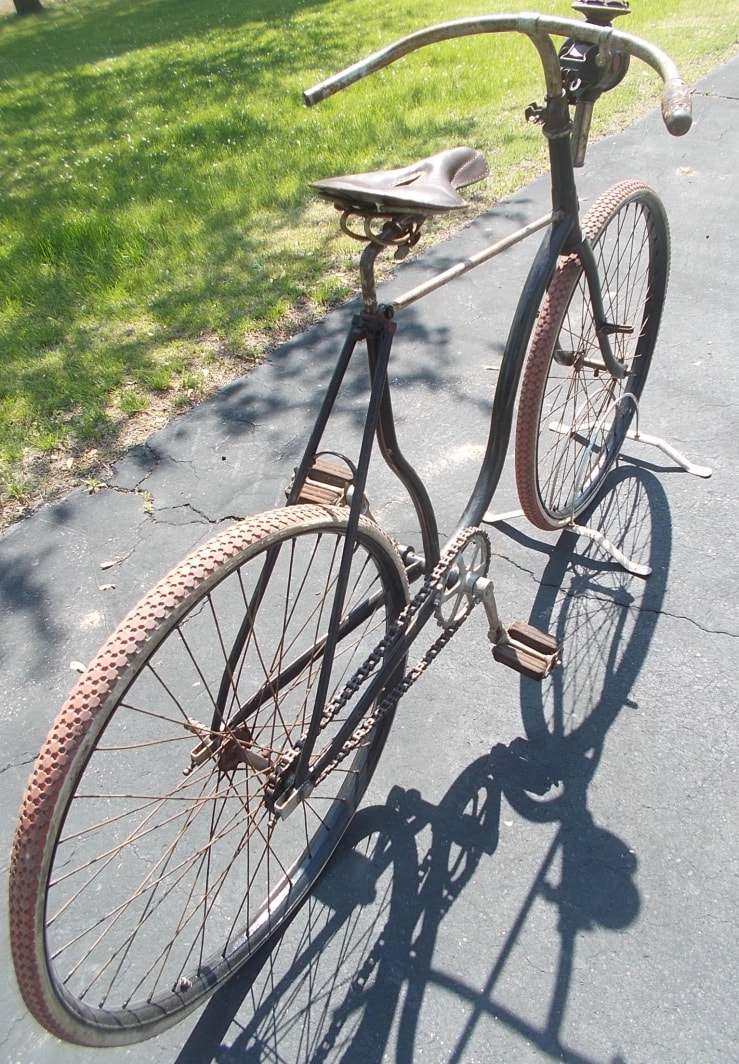 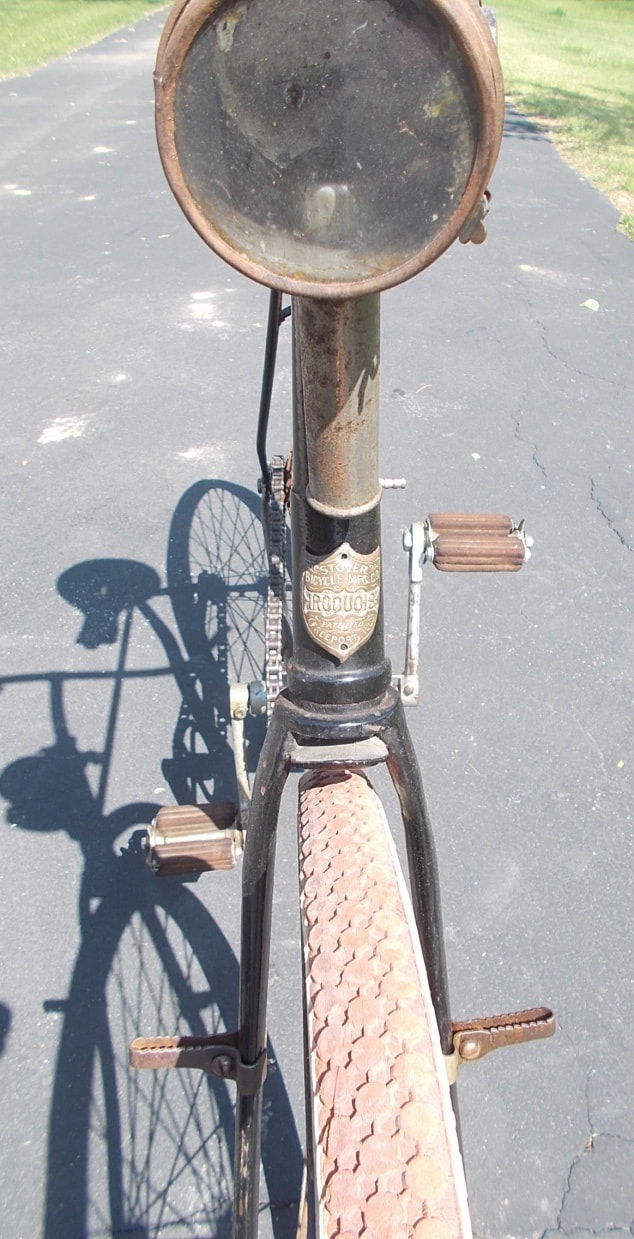 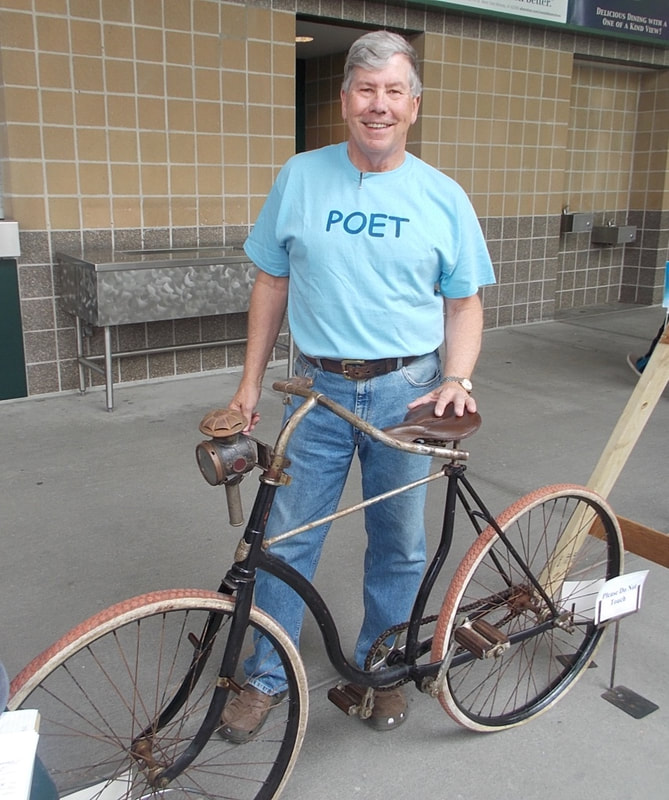