​"Holy Grail" is a subjective, often overused term employed by collectors to describe a bicycle they have been searching for for a long time. Overused, sure; but sometimes the term is apt.

On Dec. 18, 2015 I brought home one of my Holy Grail bicycles--a 1939 Durkopp track bike, purchased from Mark Mattei of Cycle Smithy in Chicago, who told me he had acquired the bike from the third owner. It is a "Killian and Vopel" model (Killian and Vopel were stars in the era of the Six-Day races). On the Durkopp's seatmast I found a partial decal, reading "Ted's Bike Shop 5143 Diversey, Chicago." So came to pass the single greatest instance of serendipity in my thirty-five year collecting career.

This small fragment on the seat tube of an eighty-year old bicycle led me to a man who is quite simply one of the greatest guys I have ever known. His name is Ted Ernst, a former pro rider and familiar contributor to Classic Rendezvous, now living in California. I am proud to call Ted a good friend . In this I am not alone, for Ted inspires countless bicycle enthusiasts around the world with his passion for bicycle racing, then and now. Would you believe that Ted remembers the day his father, Ted Senior, sold the green Durkopp (the only green Durkopp track bike in the shop) before World War II.  Here's what Ted had to tell me about my bike: "The cat's meow! The downtube stars and stripes decal was from our next shop from 5143, to 5219, the building my parents built in 1939...I am sure it is the bike my father sold to Charlie Busch, a friend of the family for many years. His pea green Durk was the ONLY one in that color I ever saw. The metallic medium blue was the factory color. I think those (Durkopp) track bikes sold for $125.00 at the time, not cheap for those years. Charlie was a member (and later president) of our original cycling club, the Edison Park Wheelmen, named for a park in NW Chicago as it was started about '36 and many of the parks had clubhouses where guys could meet for no charge and headquarter out of, as depression time and community activity was not politically incorrect. Progress or regress?"

Ted continues: "...I feel more comfortable with your stewardship of this beautiful machine, which is an example of Six-Day racing's top echelon bicycles of that historic era. People would go in the morning, take food along and stay all day until the hall was cleared for cleaning about 2 maybe 4 in the morning. I don't remember that exactly, but it's close, from what my Dad related. Best, Ted."

The Durkopp was originally fitted with Durkopp high-flange hubs. The Bayliss-Wiley hubs were present when Mark Mattei bought the bike. The bike is just as he acquired it, with the exception of the addition of N.O.S. Gillette single tube racing tires. Serial No. 1887803. 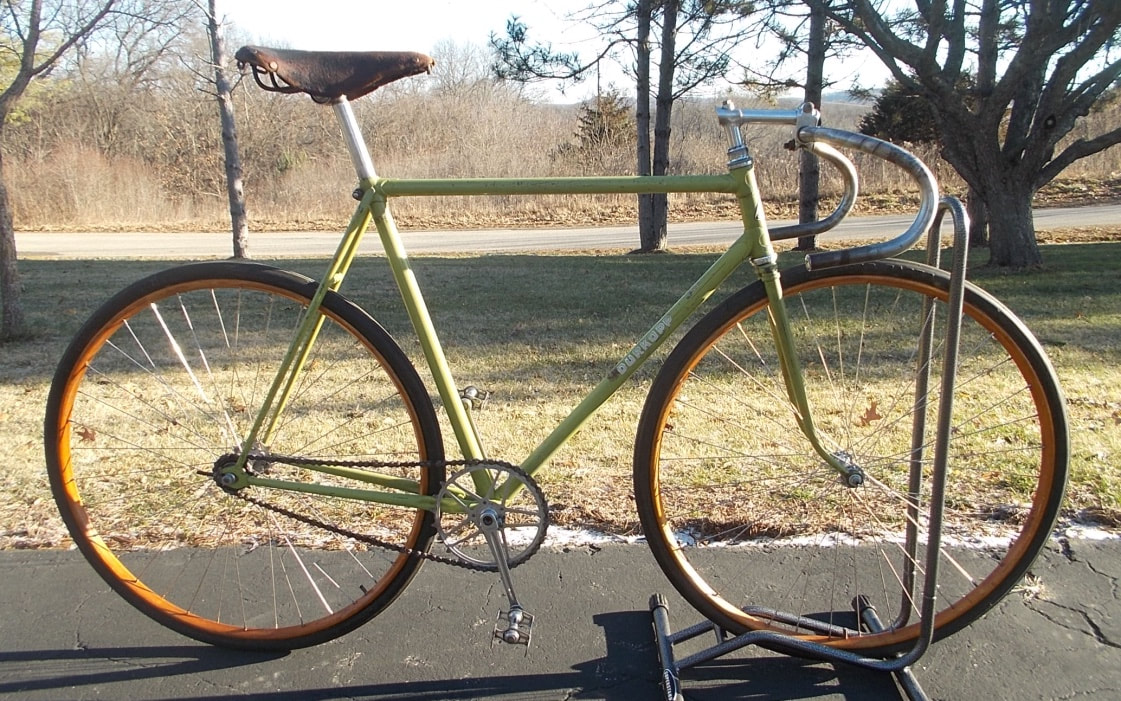 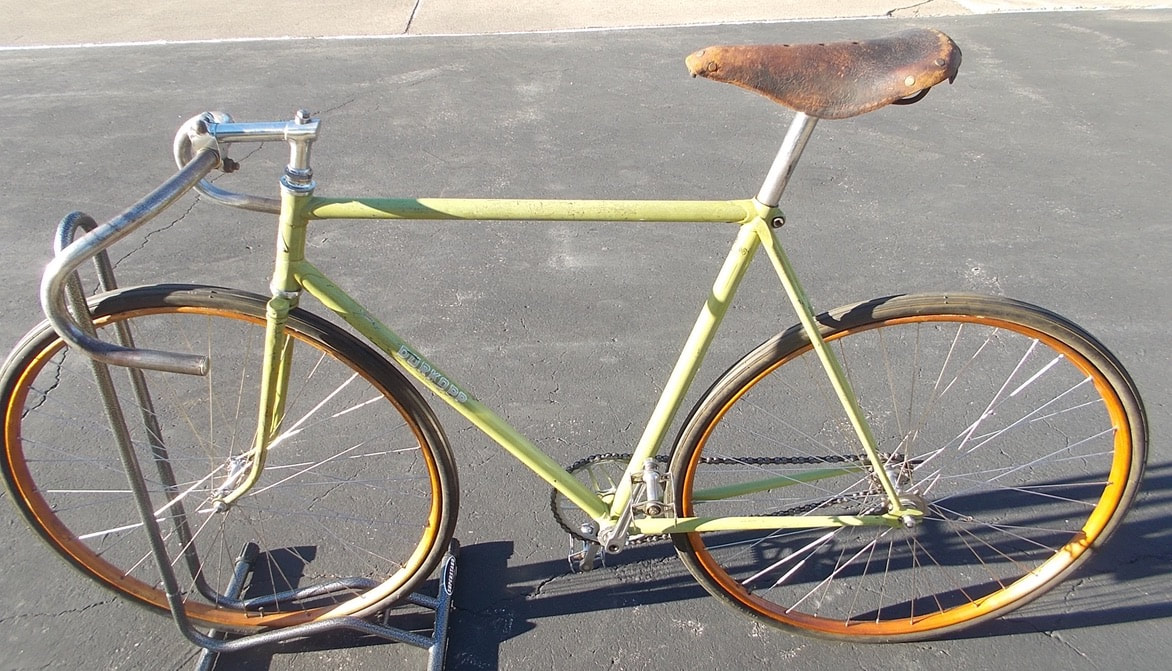 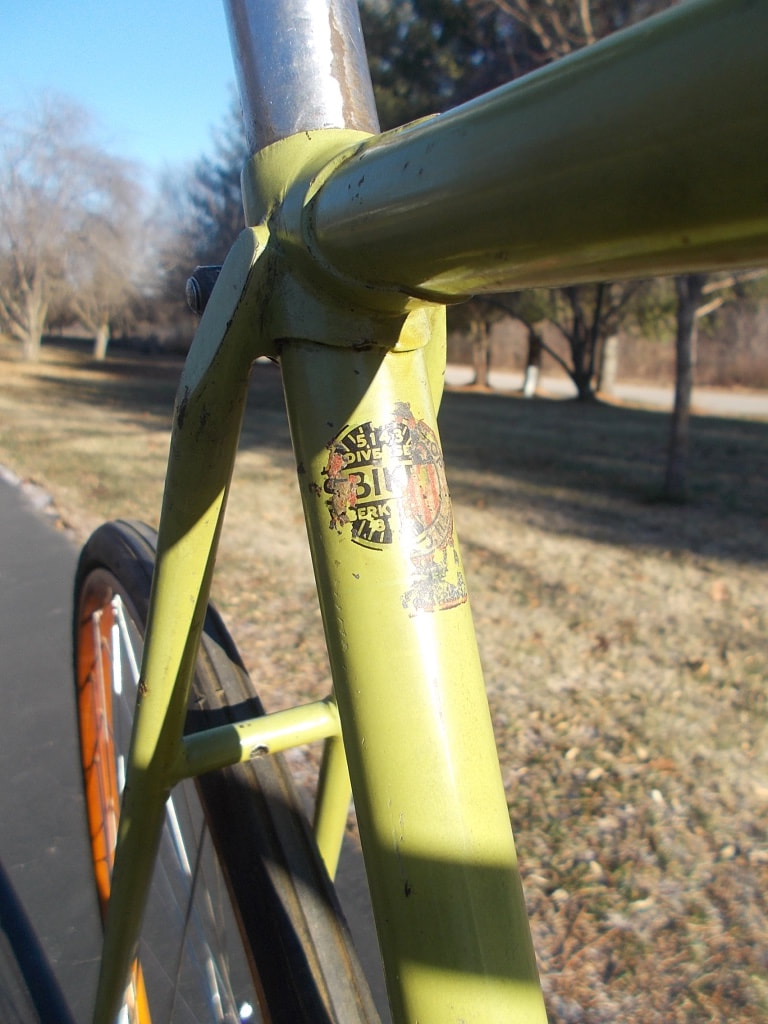 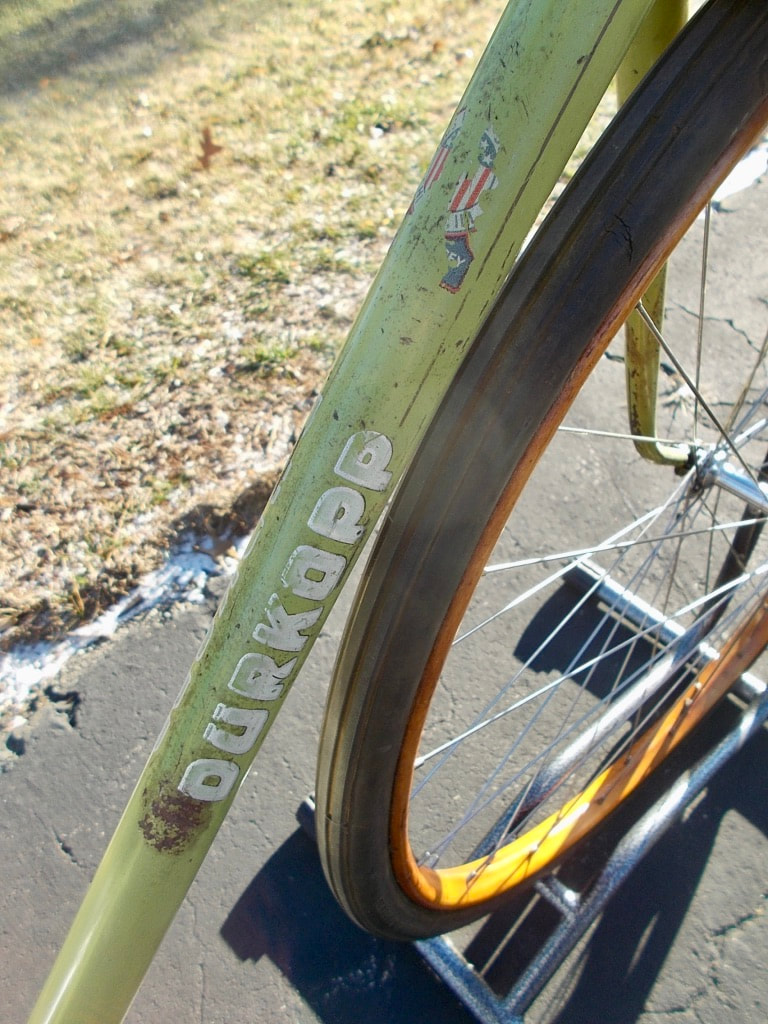 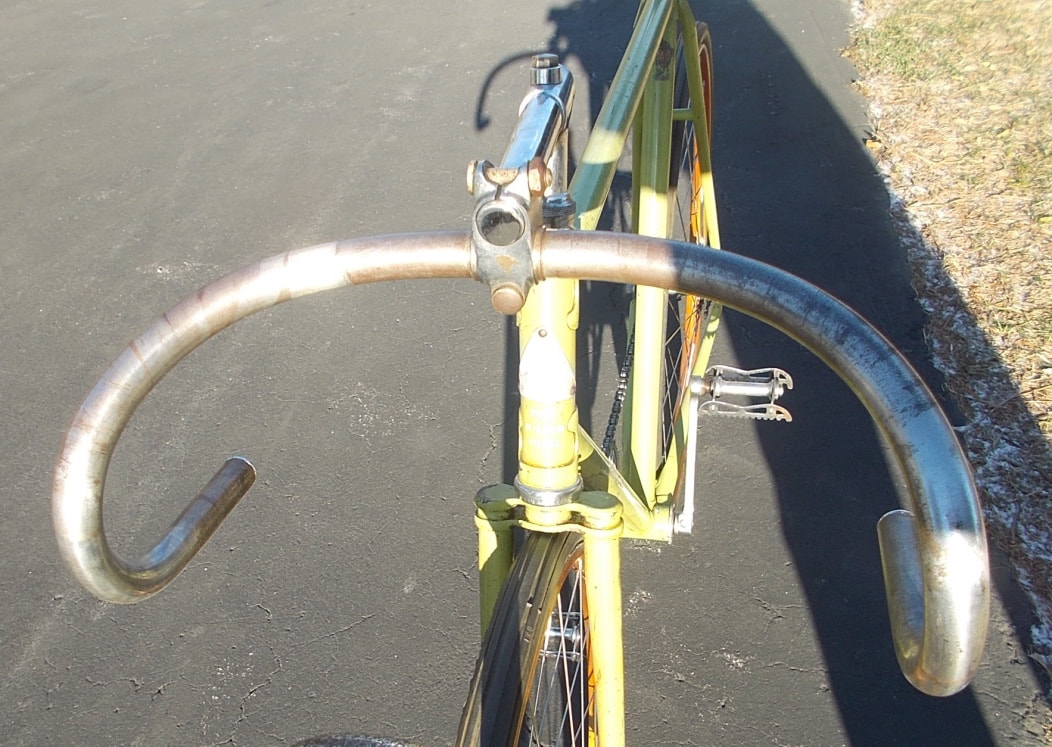 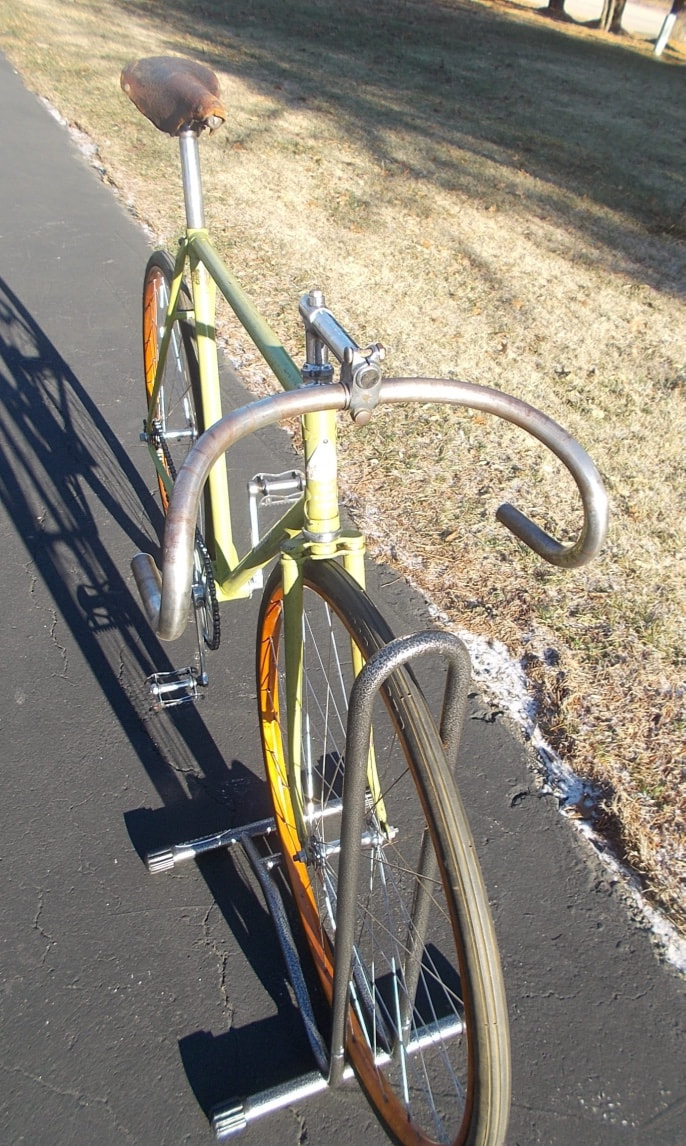 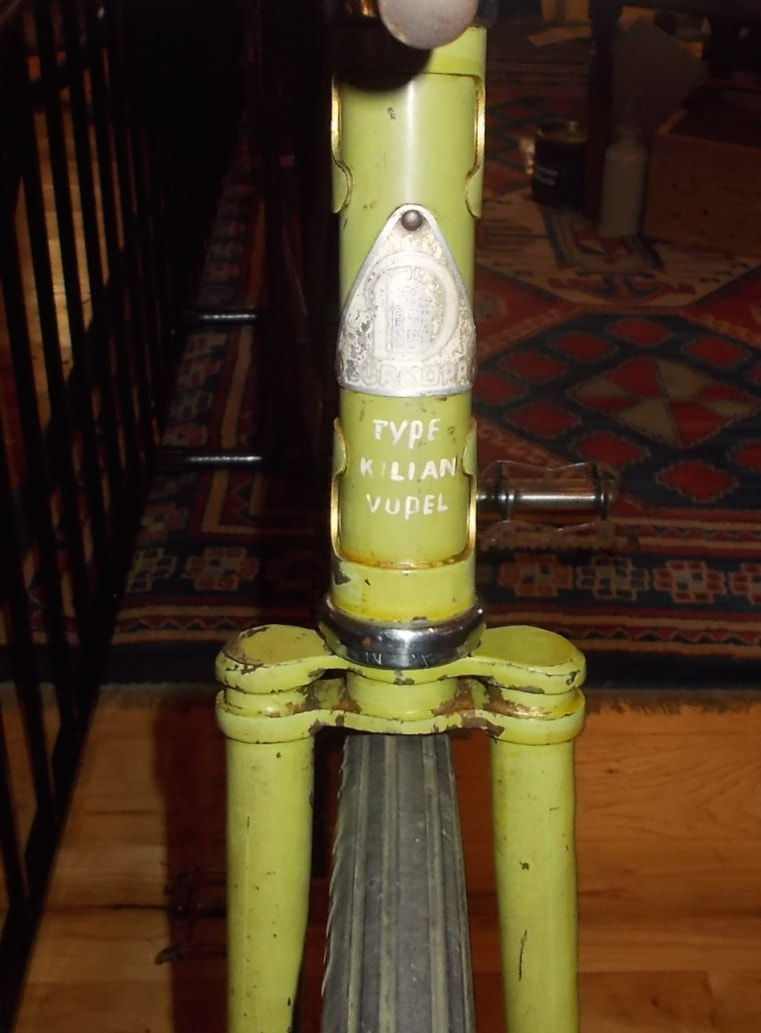