Long-time bicycle collectors will tell you that generally speaking, women tend to take better care of their bicycles than do men. Following the logic, when one finds a matching pair of vintage bicycles, mens'' and ladies', the mens' model will typically be the worse for wear. The pair of pre-war Iver Johnson lightweight touring bicycles you see here are the exception: the mens' model is in far better condition than the ladies'. The amateur detective in me speculates that the bicycles were purchased at the same time, and given that women tend to outlive men, when the husband passed away his wife continued to ride--for several more years, judging by the condition of her bike.
​
The mens' model is fitted with a Sturmey-Archer combination three-speed drum brake rear hub. The ladies' model is a single speed. Both are fitted with 26 X 1 & 3/8 inch tires and British brakes, finished in Iver Johnson red with single hairline striping. 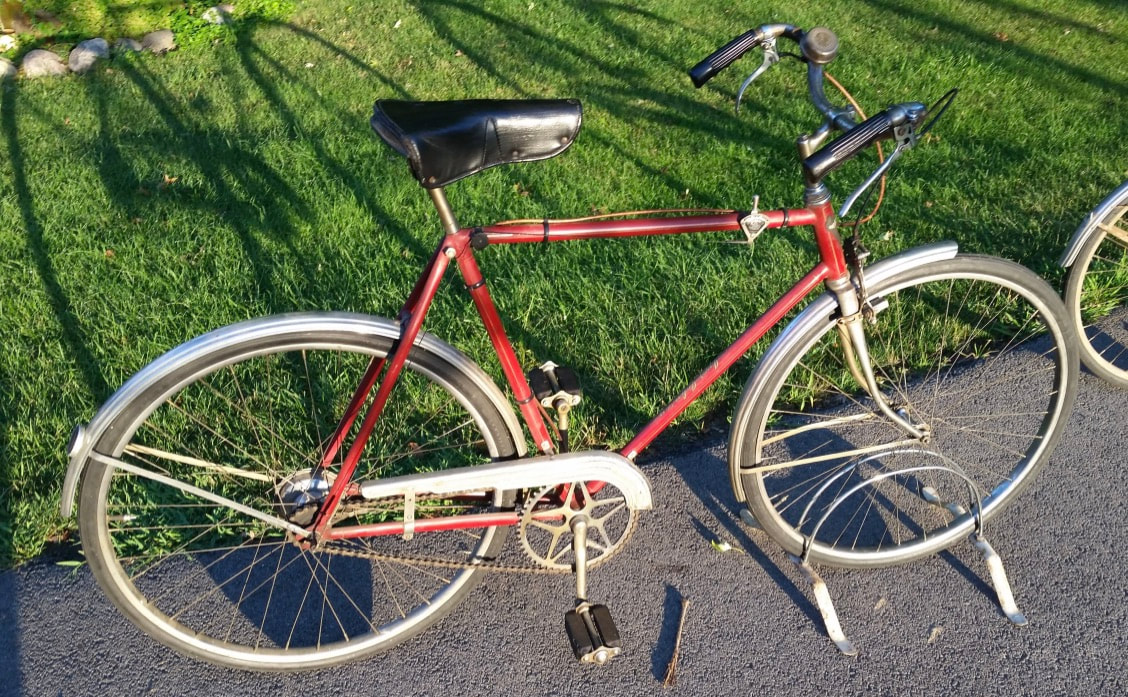 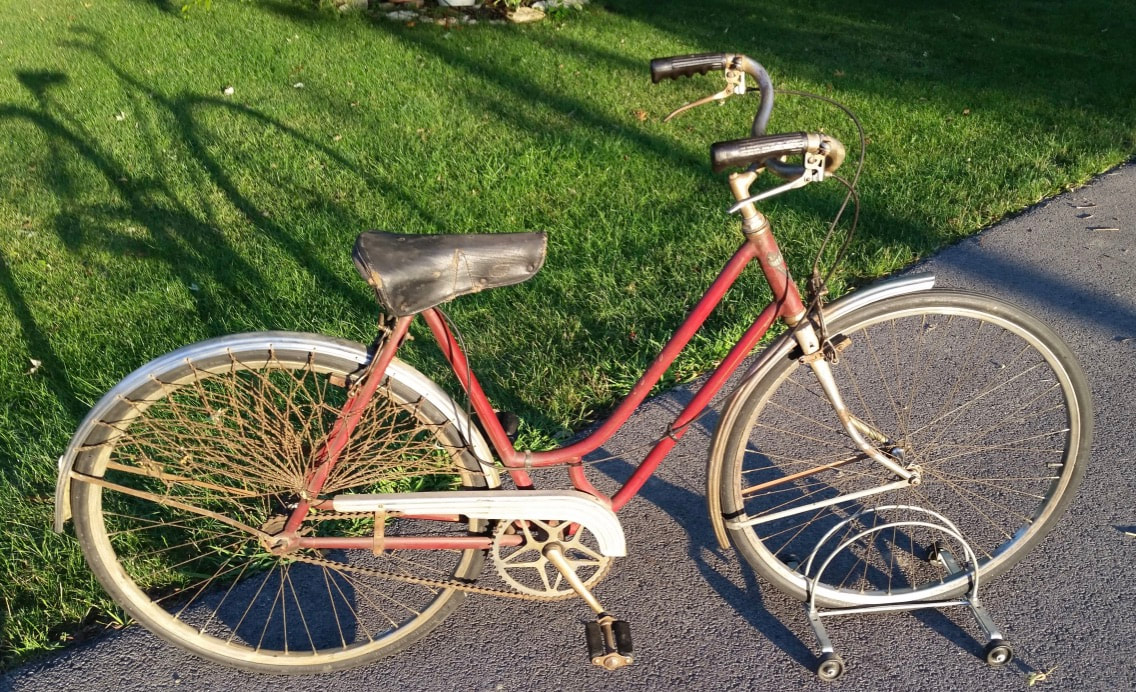 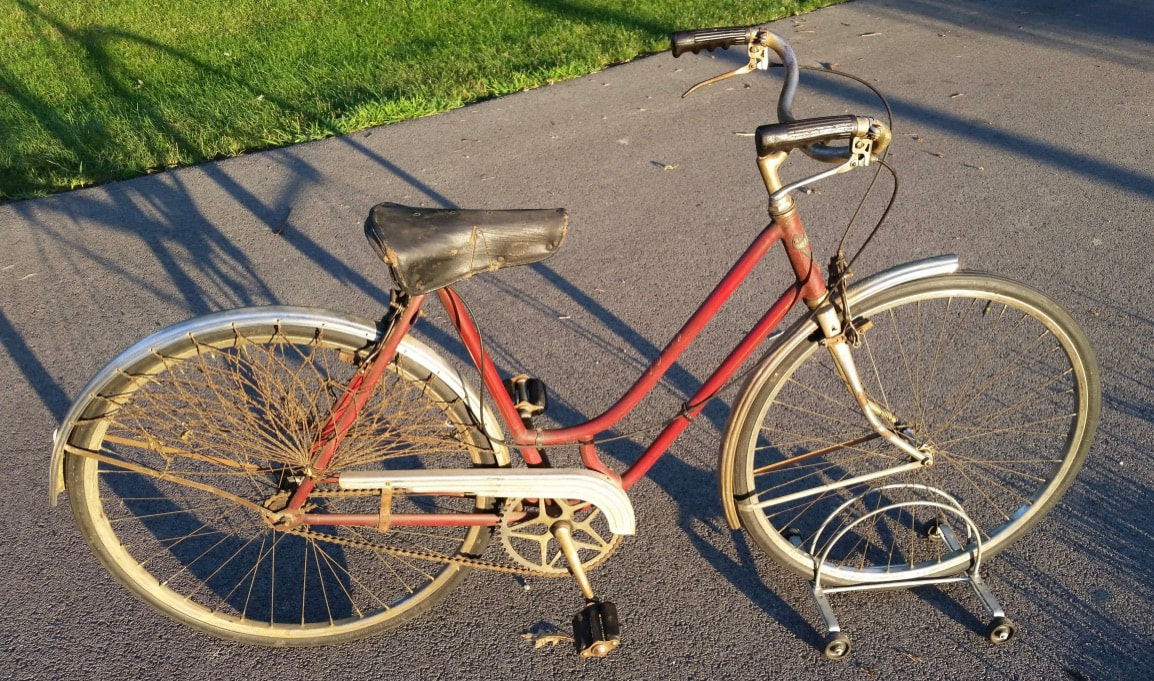 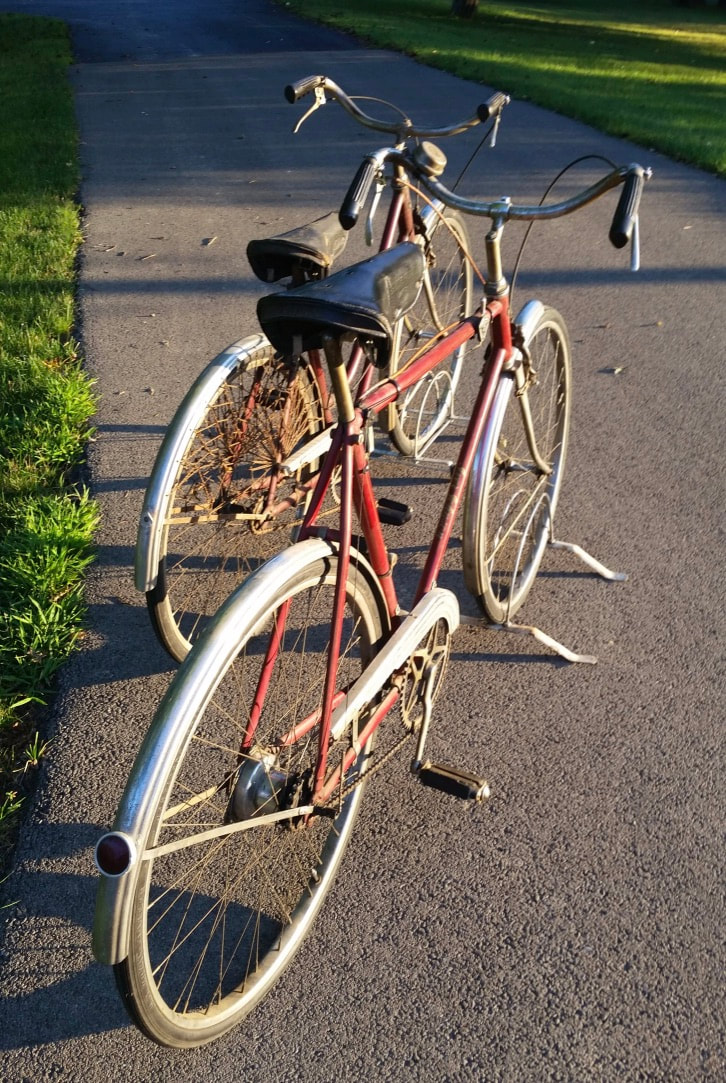 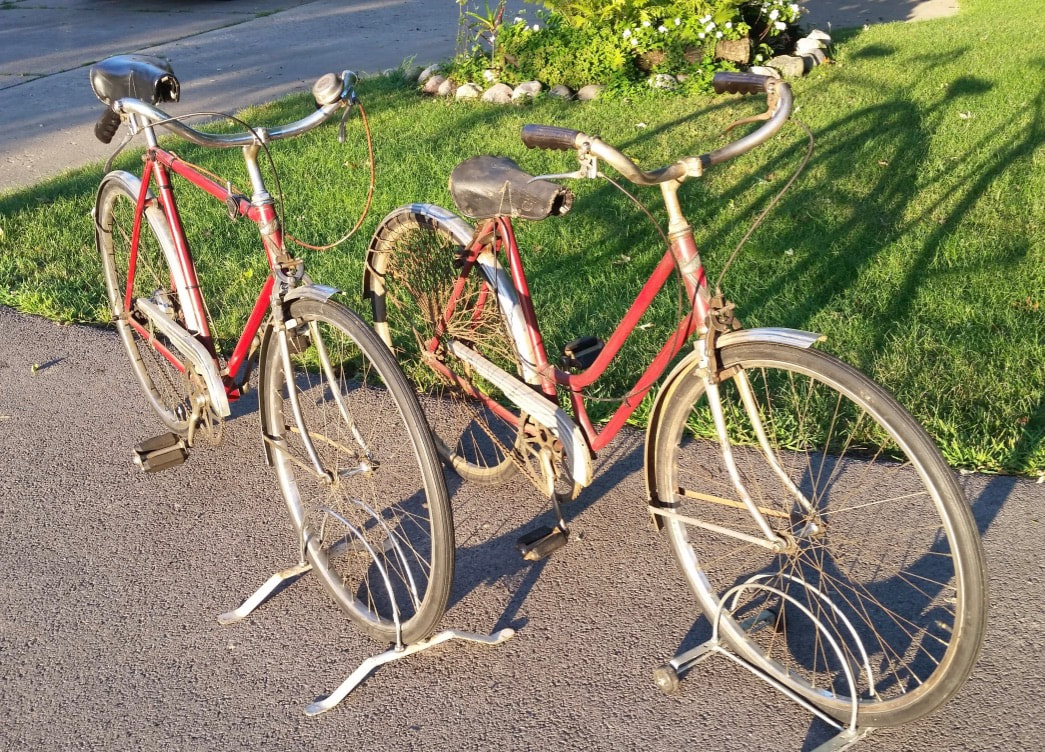 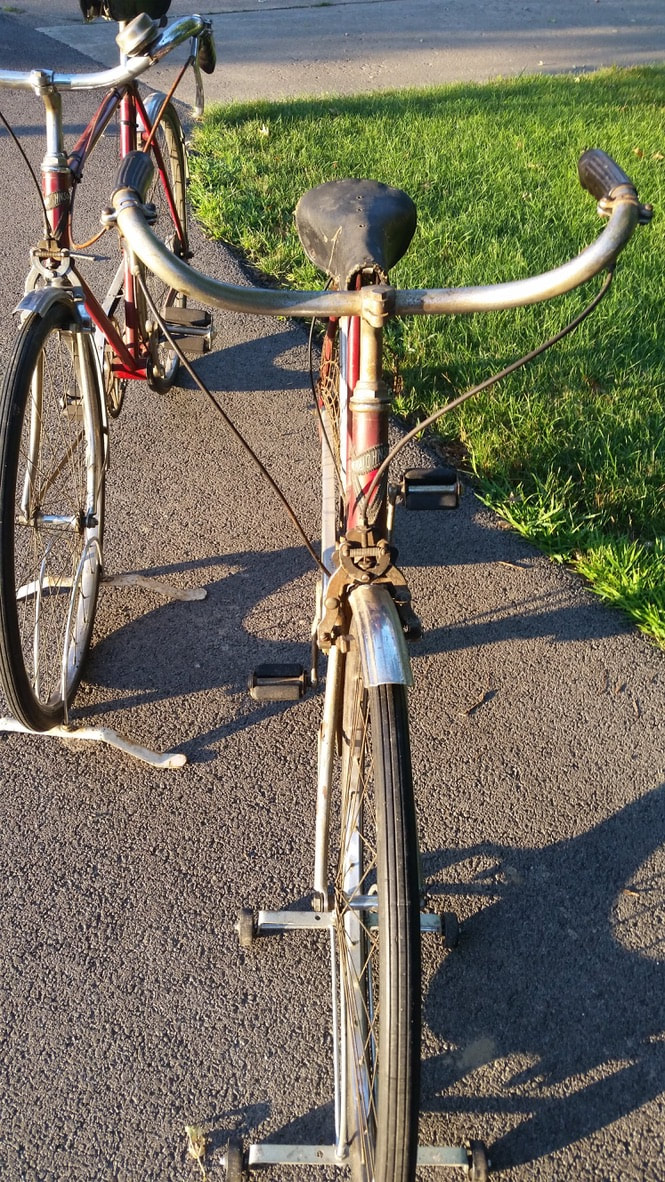 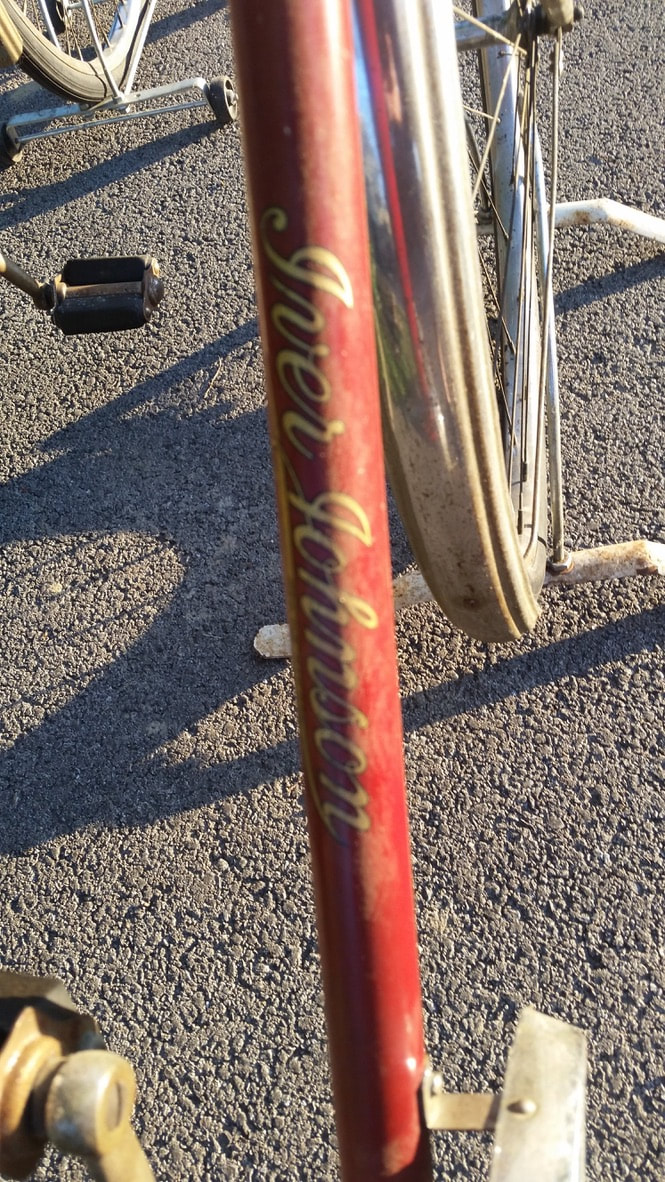 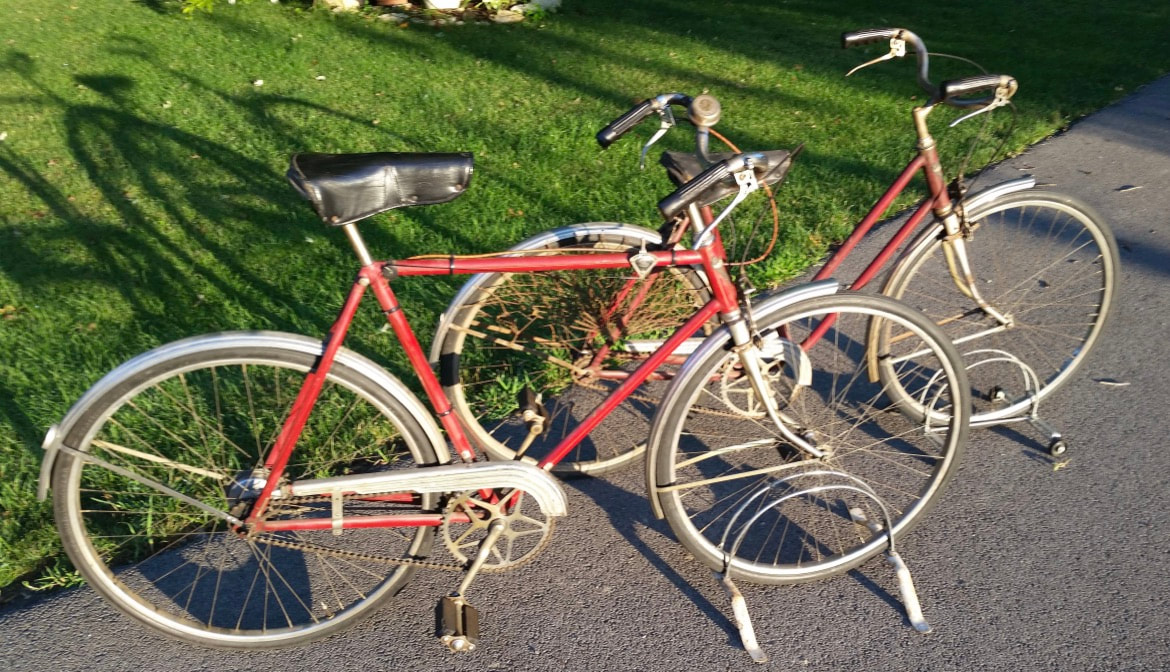