​In his wonderful new book, Two Wheels Good/The History and Mystery of the Bicycle (the best book I have ever read on the bicycle, bar none), author Jody Rosen describes an army of cyclists--10,000 cyclists, in fact, riding into history. It was The Protest for Freedom in Tiananmen Square, Beijing, China: "On June 4, 1989, the people of Beijing awoke to find a bicycle graveyard in the heart of the ancient city."

Rosen continues: "Overnight, tanks had rolled in, and People's Liberation Army (PLA) troops had shot their way through the streets, killing hundreds, possibly thousands, of their fellow citizens, including pro-democracy demonstrators who had occupied the vast plaza of Tiananmen Square for fifty days and nights. The indelible images of the Tiananmen crackdown are the photographs, taken on the afternoon of June 5, of Tank Man: an unidentified protester of tanks on Chang'an Avenue, on the northern edge of the square. Today, those photos are suppressed in China, as are virtually all references to the events of June 4."

Rosen goes on to describe the single reminder of the protest allowed by the Chinese government: "...a picture of carnage: dozens of bicycles, mangled and flattened by army tanks, and left behind in a heap."

I was so moved by Rosen's description of the valiant bicycle protesters, I knew immediately that I wanted to create a Tiananmen Square tribute bicycle for the website. As it turned out, I already had in my collection "the most hallowed" of all the Chinese bicycle brands, "The Forever," made in Shanghai when China was known as "The Bicycle Kingdom." Rosen gave me cue for creating my tribute bike: "The cyclists carried flags and banners with handwritten slogans...one observer compared the procession to a fleet of tall ships--a bicycle regatta, sailing down the avenues and alleyways of the city. Some of the protesters linked arms while riding, a kind of trick cycling stunt that doubled as a display of solidarity and might."

The slogans printed by hand on my Forever bicycle flags are among those carried by the actual June 4 bicycle protesters: "Liberty," "Freedom," "Free Minds, Free Press," and "Hello Mr. Democracy." 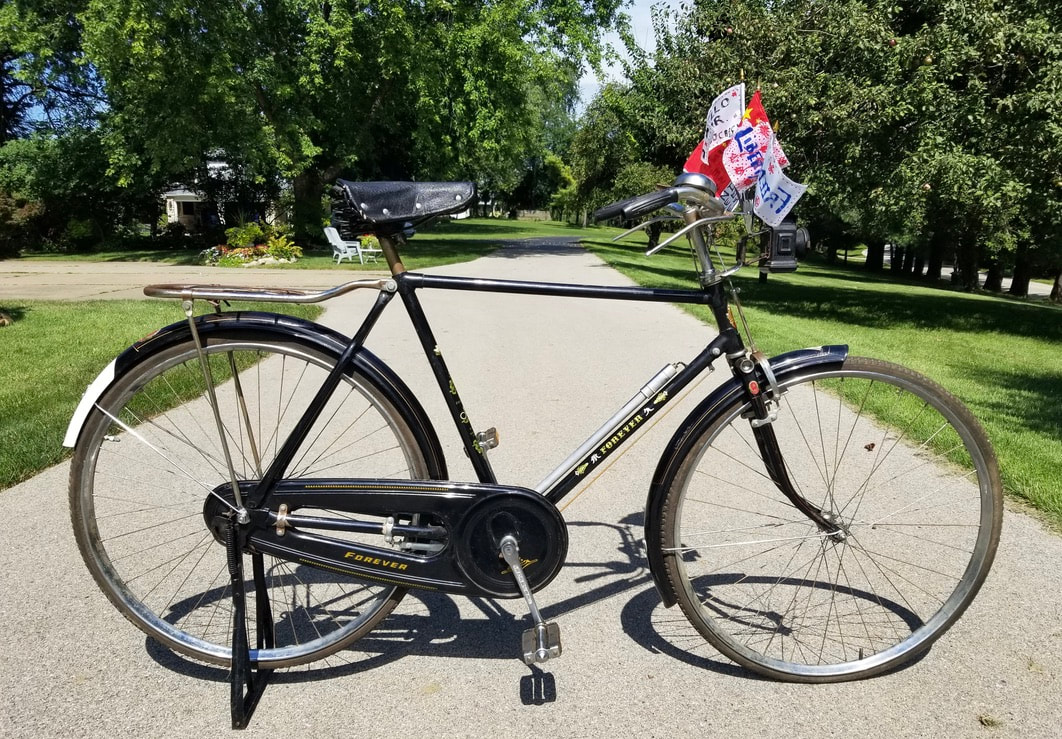 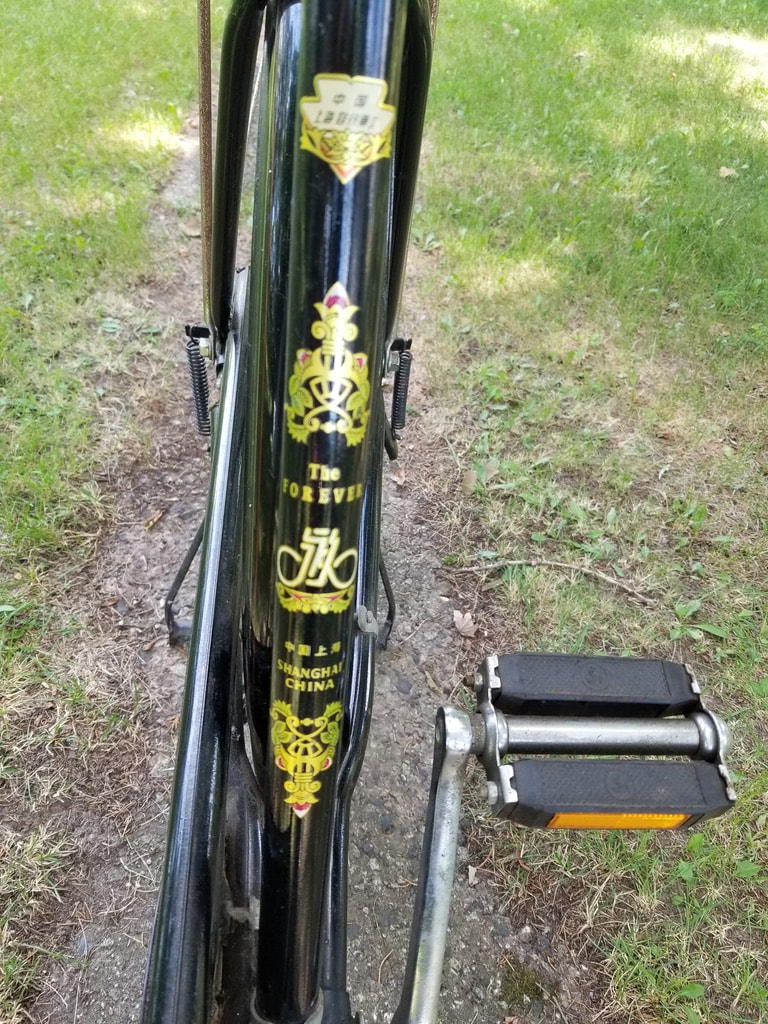 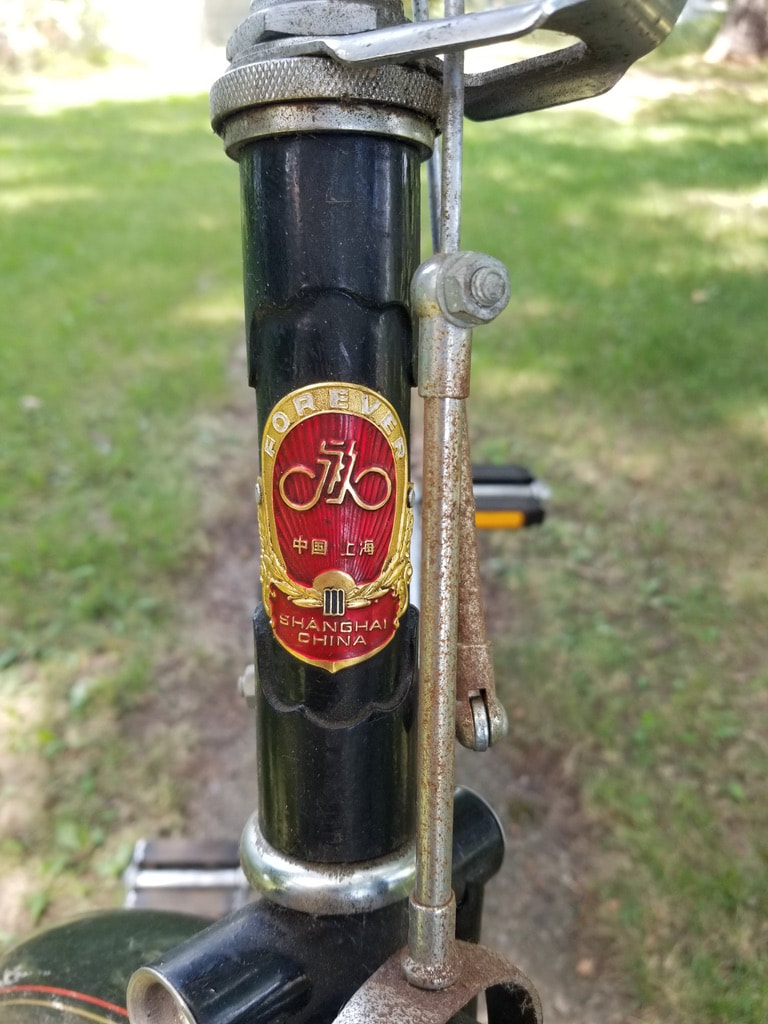 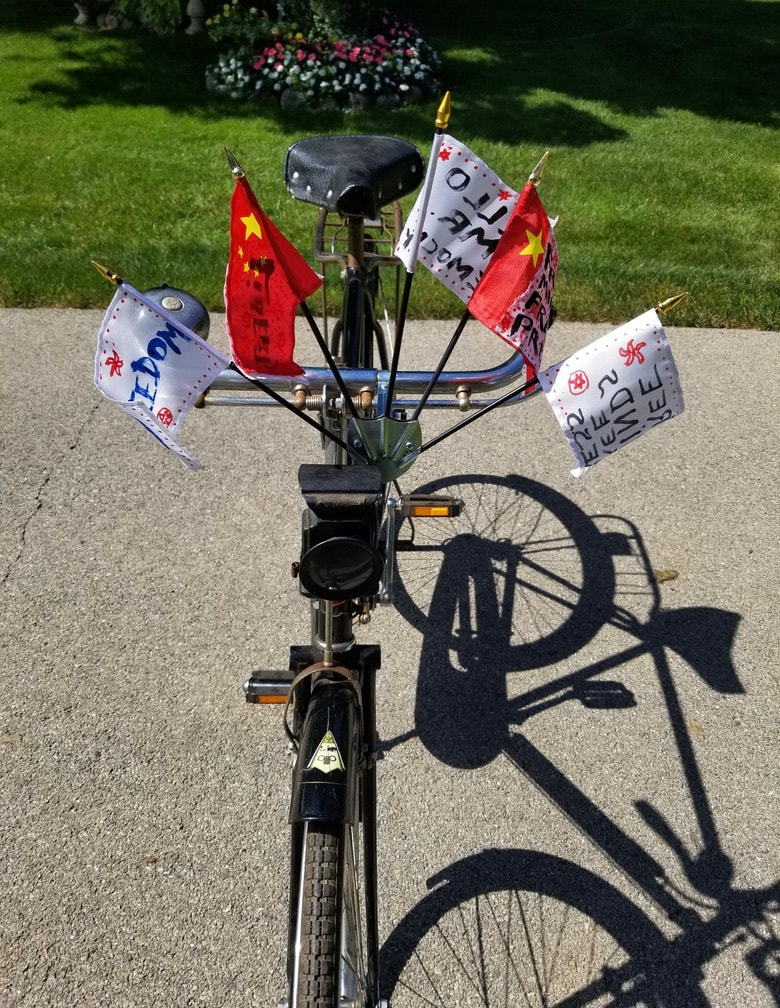 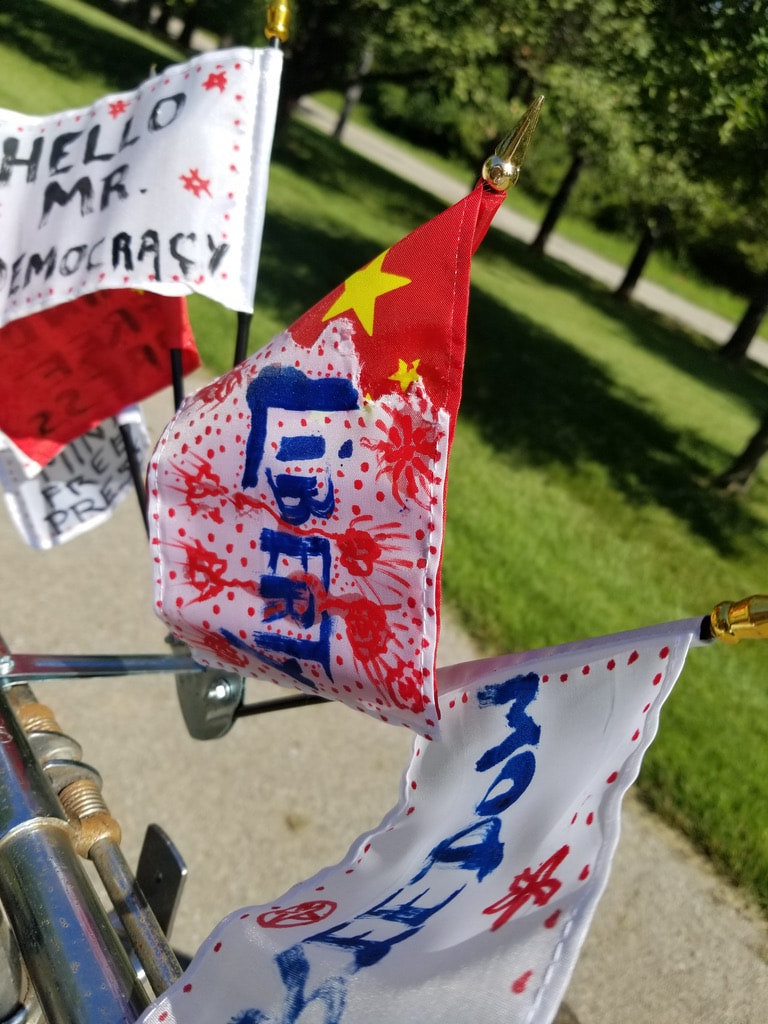 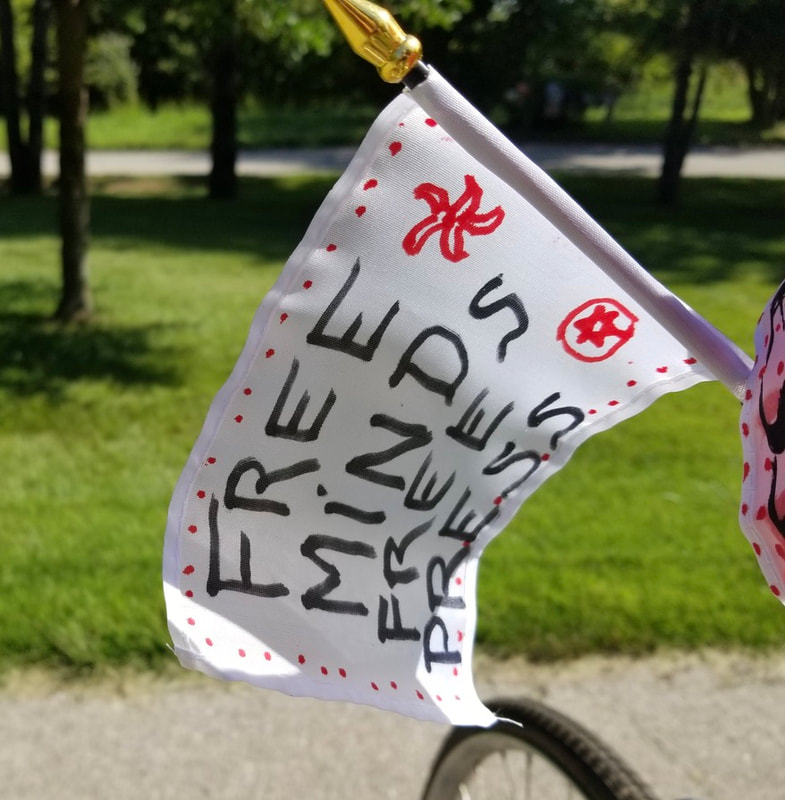 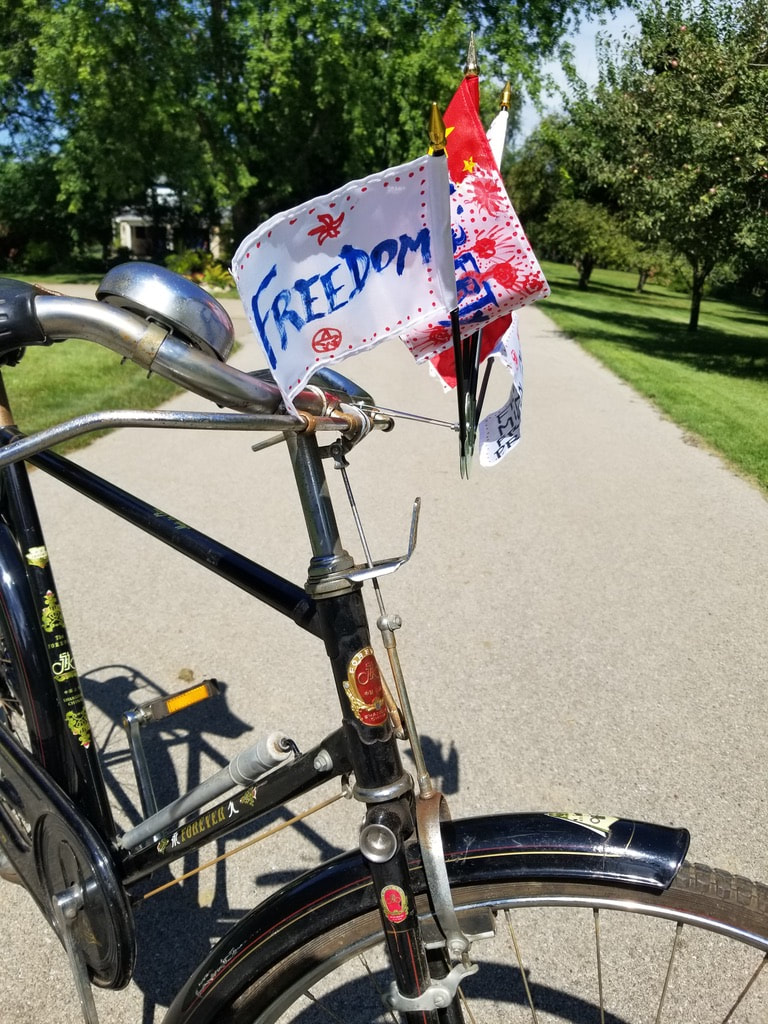 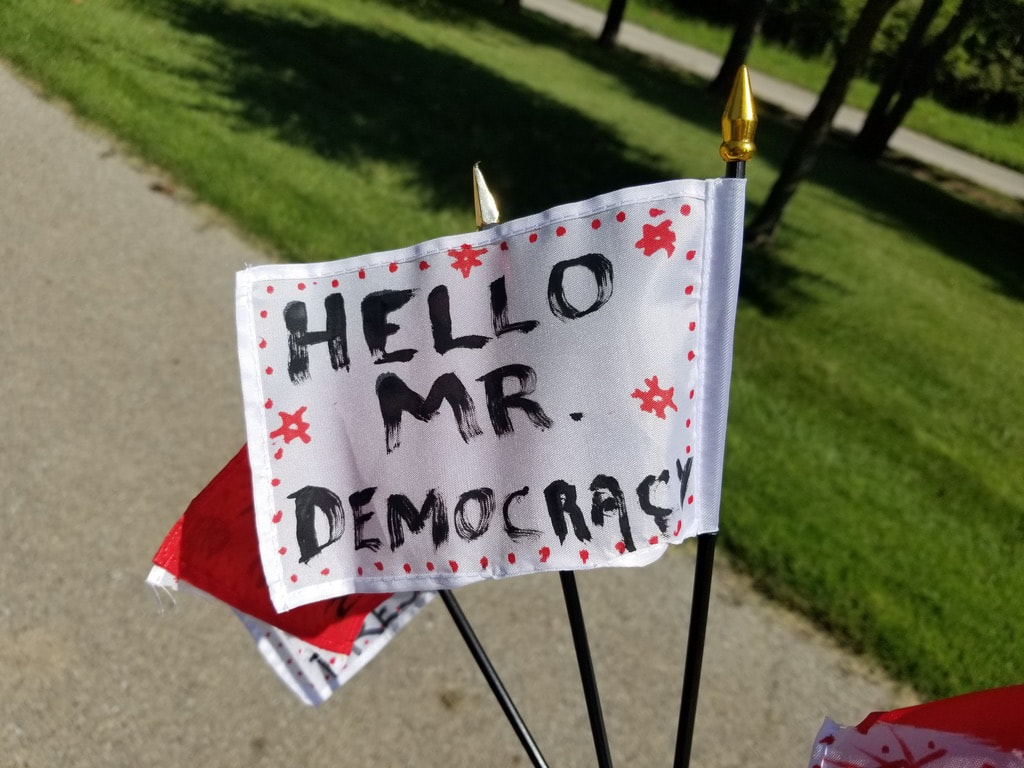 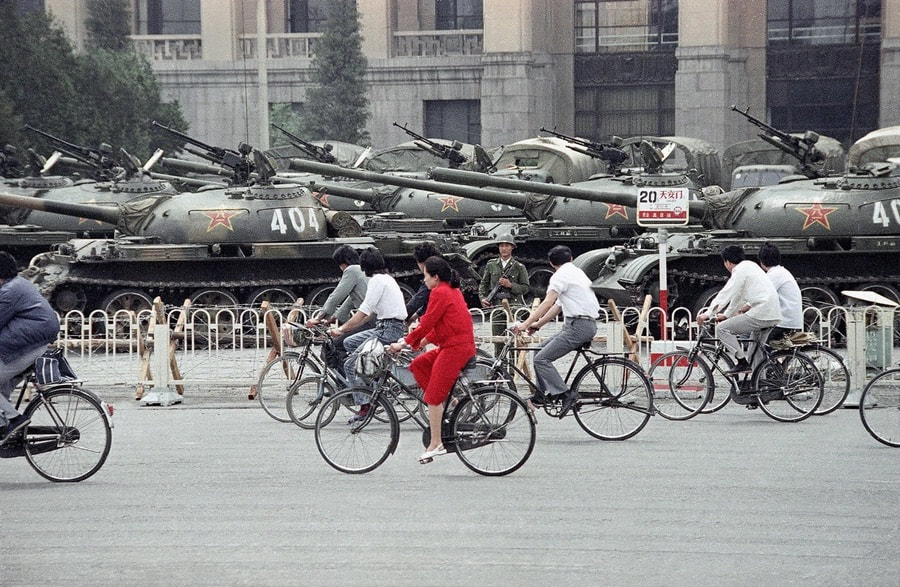 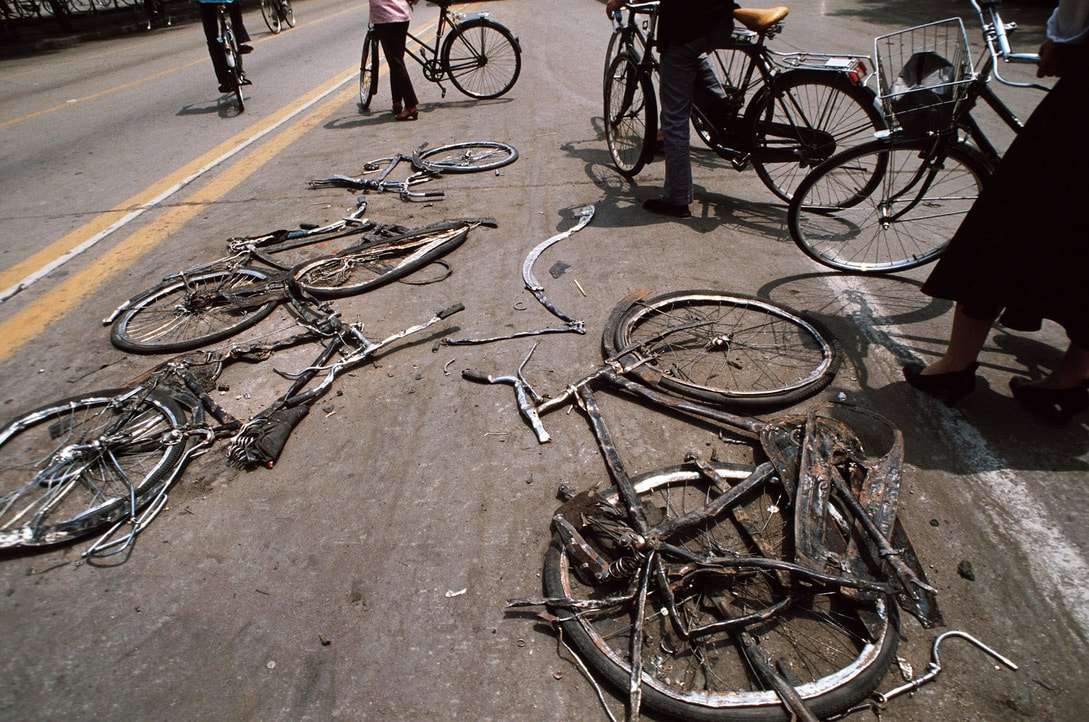 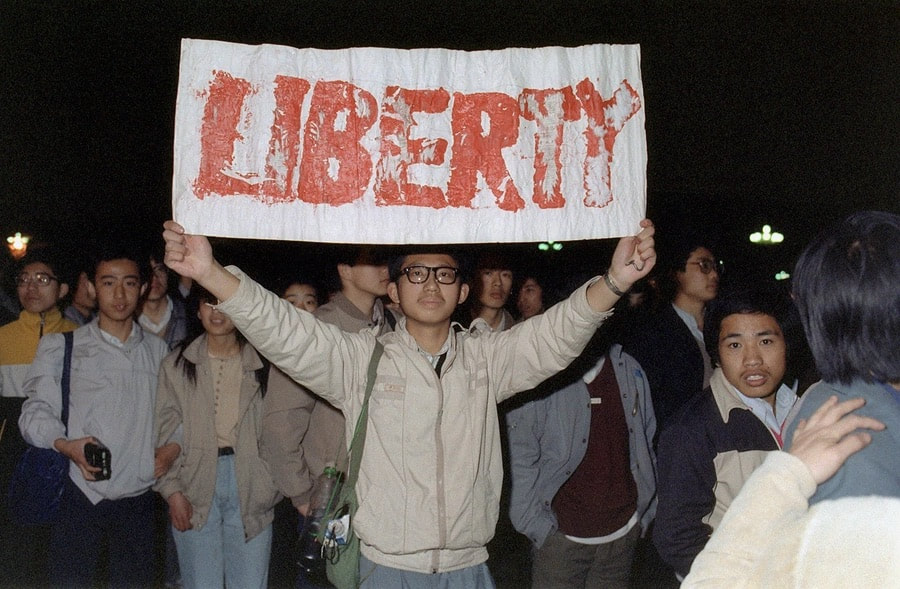 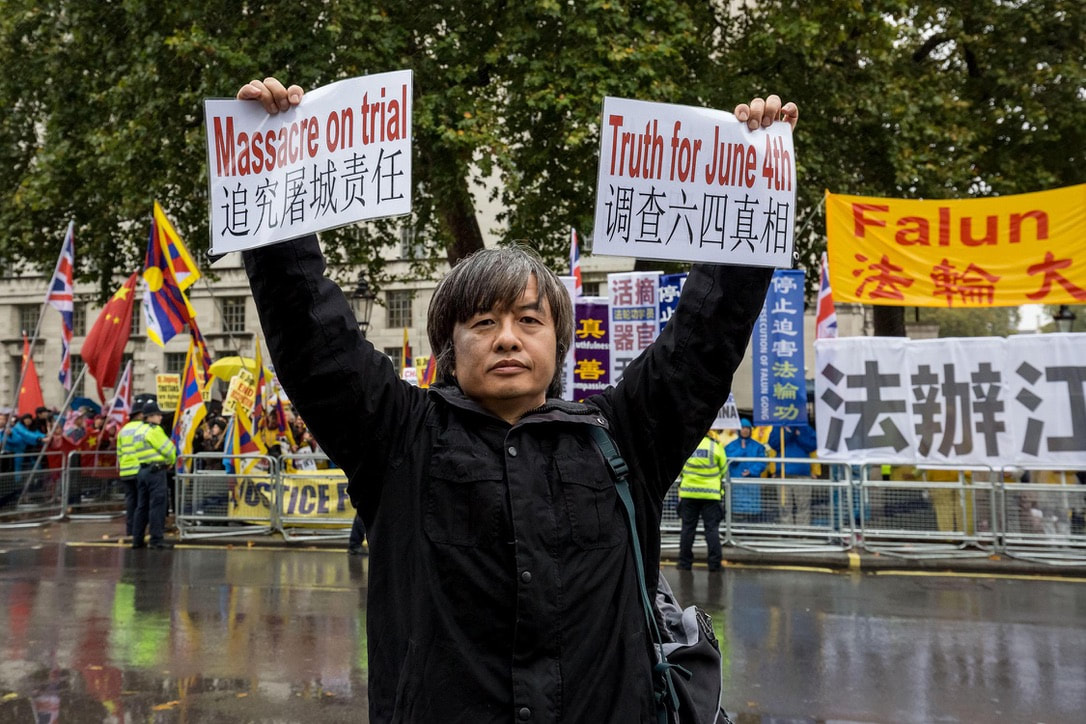 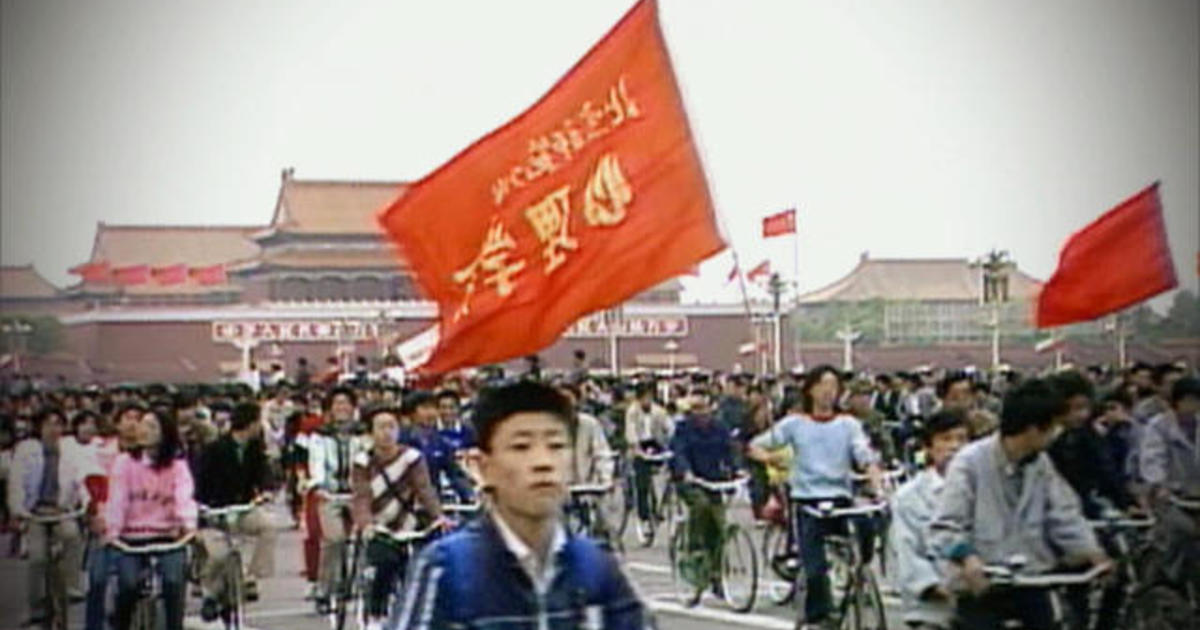 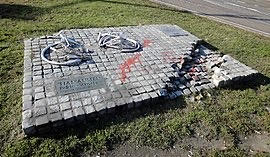 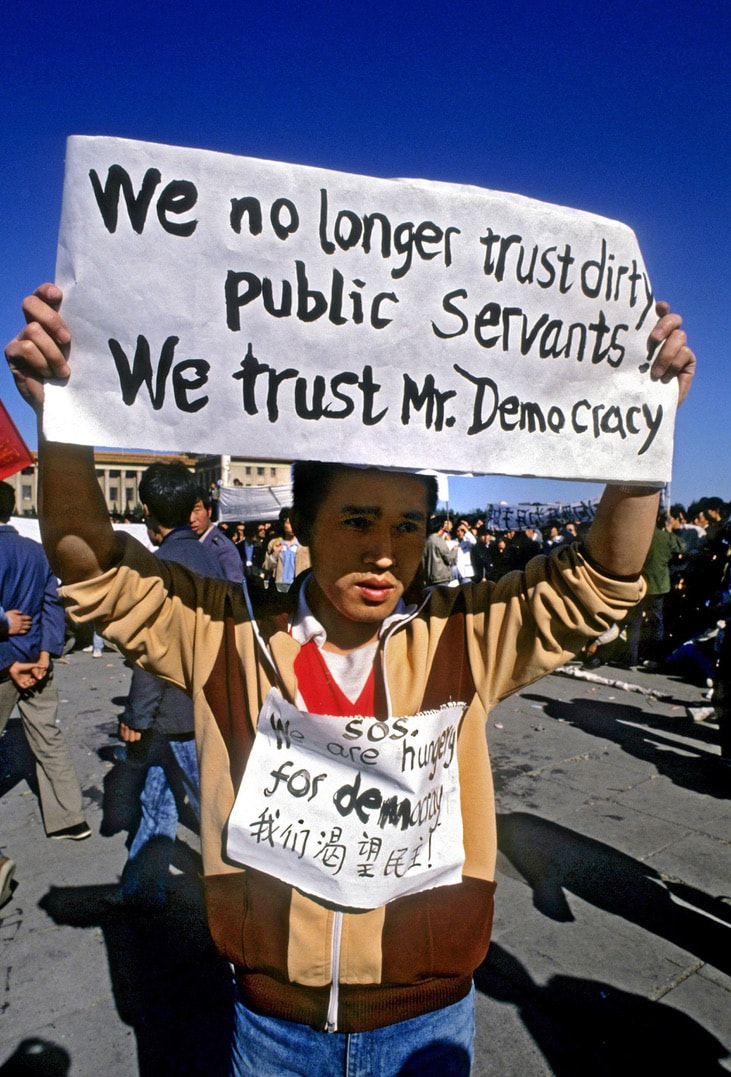 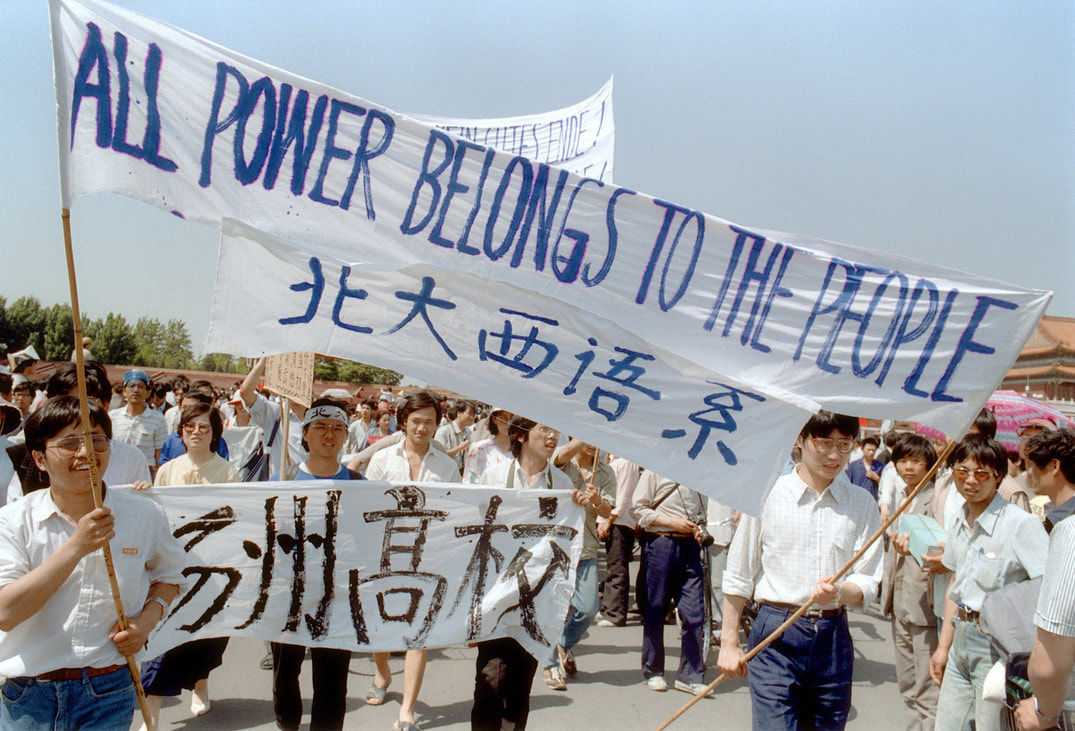 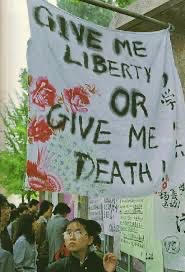 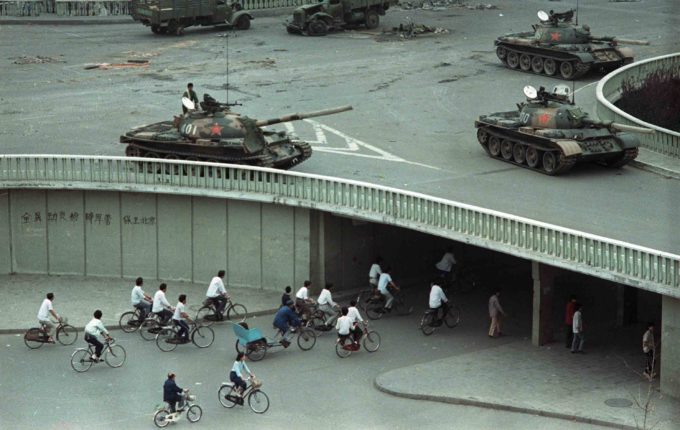 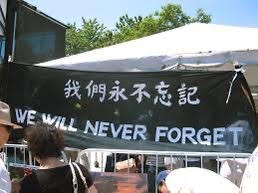