A friend of mine in Southern Illinois, a musician and luthier by trade, told me a story about an old fellow who wandered into the guitar shop one day with a battered old Gibson arch-top. It had been beaten nearly to death during years of rowdy gigs in a country band that often played behind chicken wire (to avoid the flying beer bottles). The guitar had belonged to the man's father, and the son, now an old man himself, wanted my friend to restore it.

My friend took one long look at the tired old Gibson, which had been refinished in what he called "early body shop," and told the old man that the restoration would cost him somewhere between five and seven hundred dollars, and the finished guitar would never be worth that much. The old man didn't blink. He wanted his Dad's guitar restored anyway. Had I been standing there listening to this exchange at the time, I would have silently applauded the decision, for I am a preservationist at heart, especially where family heirlooms are concerned.

Which brings me to the 1985 Schwinn Voyageur you see here, my first "good bike" when my Dad and I began riding together in the wake of my mother's death. I put many thousands of contented miles on my Voyageur, until one day some bonehead in a Cedar Falls, Iowa bike shop drilled through the frame while installing down tube cable guides. Only I knew this had happened, of course, but this molestation bugged me to the point where I hung the Voyageur on a hook, where it languished for years (I had several other bikes to ride by this time).

Until I met the frame builder Jeffrey Bock of Ames, Iowa. Jeff makes some of the most beautiful bicycles I have ever seen, and he has been doing so since the seventies (I urge you to check out his Facebook page). At first I was simply going to ask Jeff to repair my frame. (Bicycle lovers, you may know where this is going).. But one thing led to another, as they say, until the "restoration" of my Voyageur included the addition of original, fancy, hand-cut Jeff Bock lug extensions, a new fork with a beautiful Pacenti biplane fork crown, and custom paint and graphics (I don't know anyone who can top Jeff's paintwork).

We spread the rear triangle, added gears, 700C wheels, racks, lights, fenders, and updated the components, while keeping the look of this classic touring bike--which, although it will never be a Jack Taylor or a Rene Herse, was a high quality production bicycle to begin with.

Thirty-five years have passed, as of this writing, and I will never again ride down Gillette Lane to County B in Dell Prairie, Wisconsin, next to my father.  My over-restored Schwinn Voyageur will never be worth the money I have invested. I am now the old man standing in the guitar shop with the old cracked Gibson; I've not a single regret. 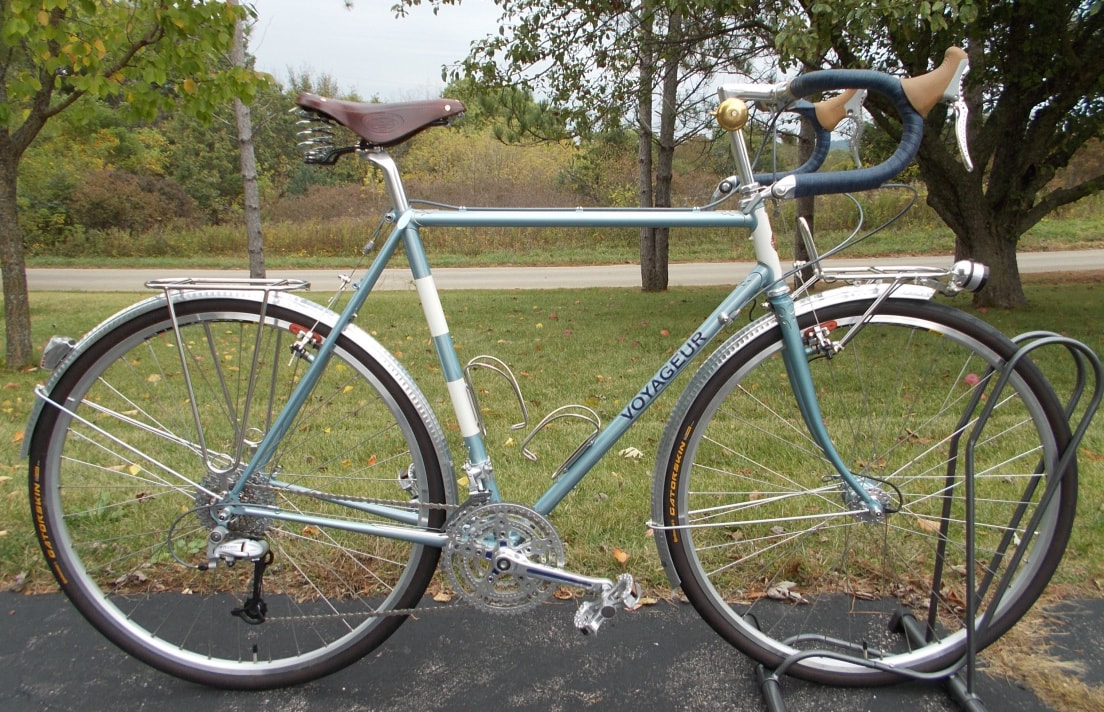 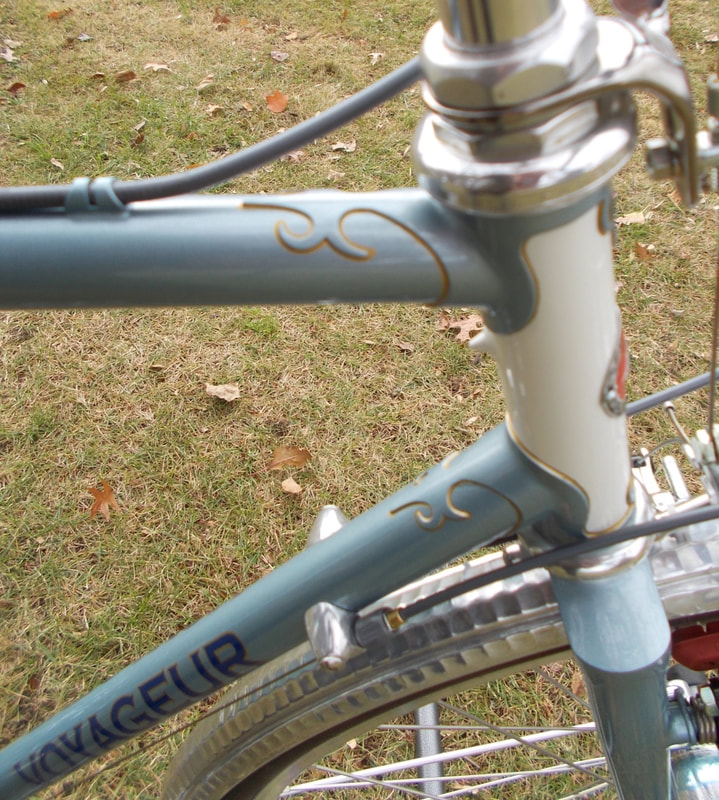 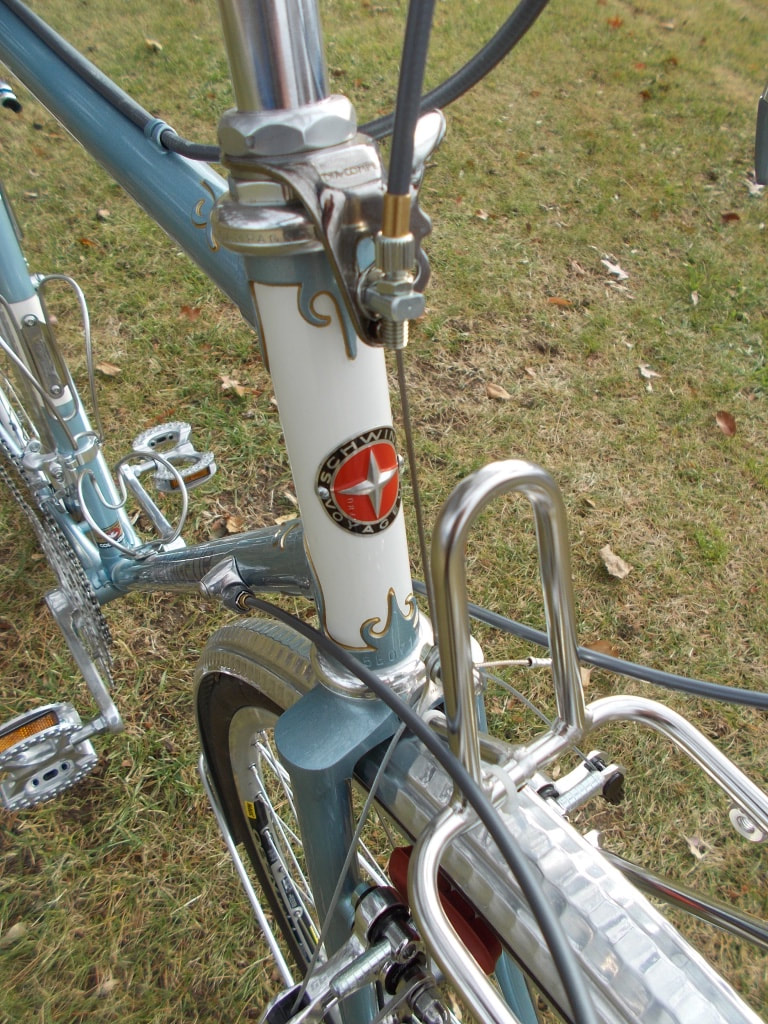 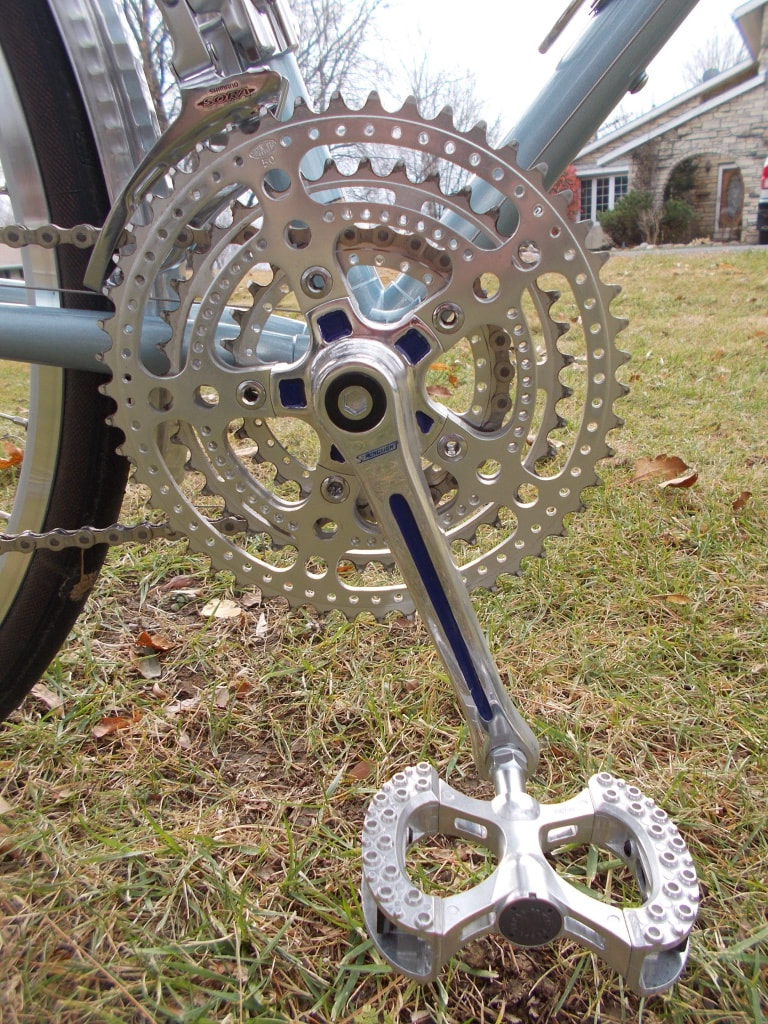 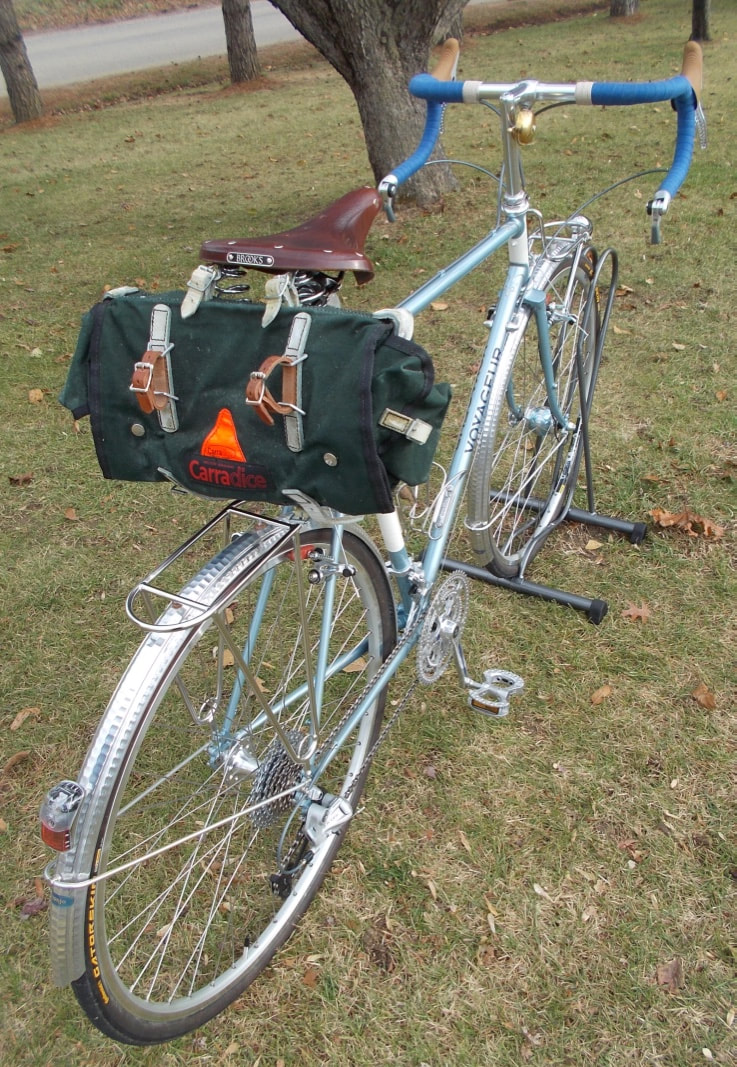 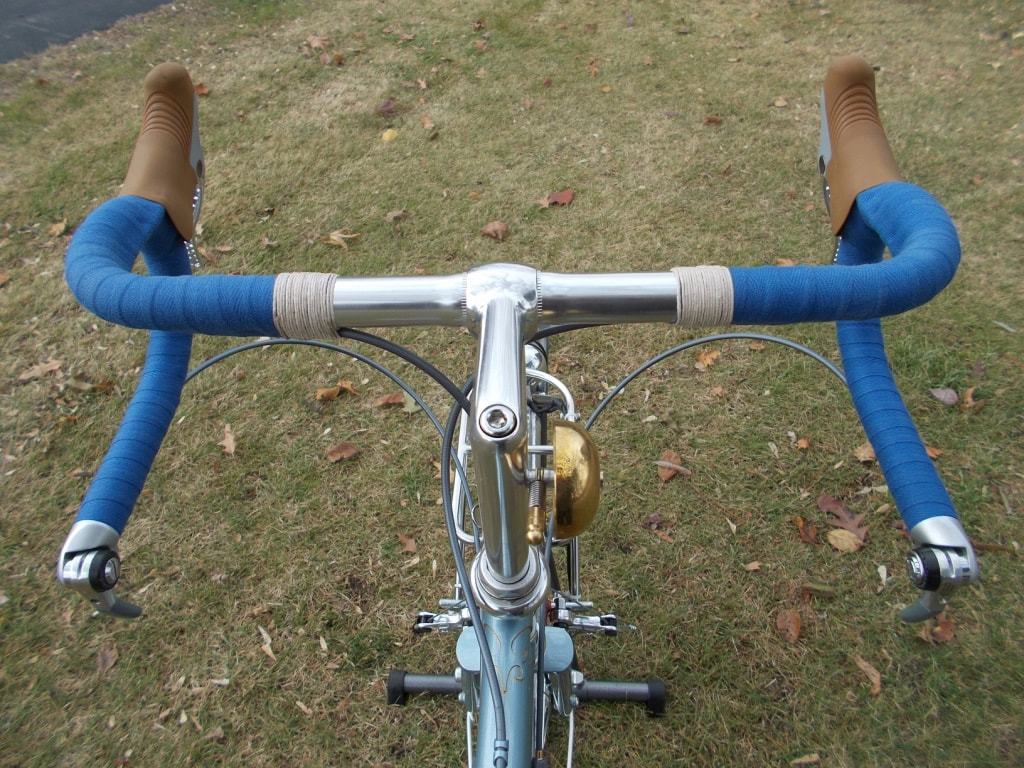 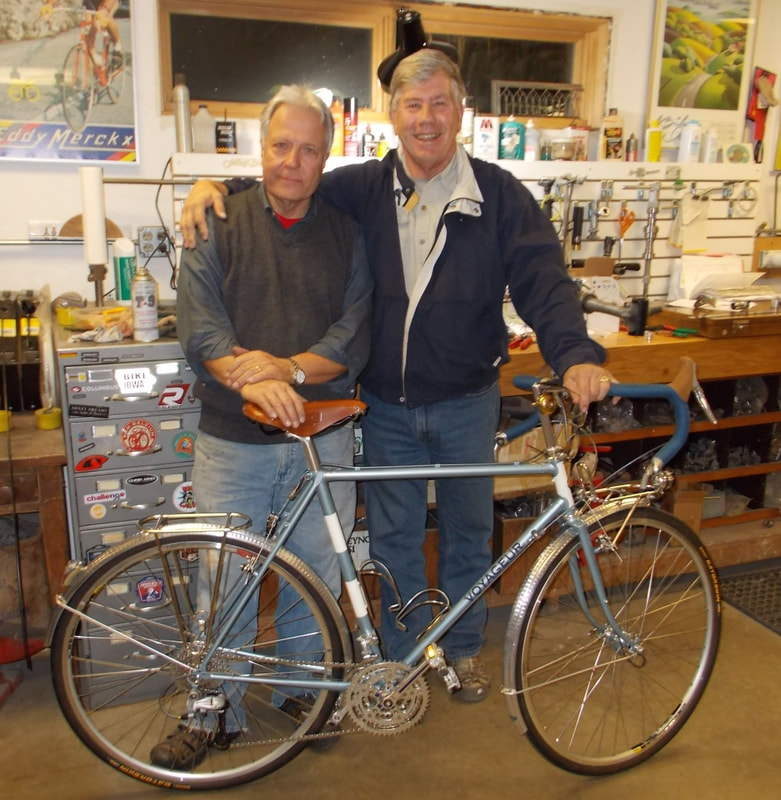