This beautiful 1930s Delfa was made and/or sold by a Y. Nutte of Schellebelle, which is located in the Belgian Province of East Flanders. I am told the bicycle was originally owned by the Olivetti family of Olivetti Typewriter fame, and at one time had been purchased in a Miami Beach Florida auction. How or when it made its way to the midwest is unknown.

The paint on this bicycle is nearly flawless, with astoundingly beautiful art deco designs on top tube, down tube, seat and chainstays. I don't think I have ever seen a bicycle nearly a hundred years old with such beautiful paint and gold leaf graphics. The word "survivor" does not do it justice. Features include a suspension front fork, faux snakeskin celluloid-covered handlebars, and a "Brown" deep spring saddle. Photographs with teacup lamp show the Delta as I found it several years ago. Other photos show my subtle additions: a Radsonne lamp, French bell, and four-block rubber pedals. Lastly, I have included some photos of Schellebelle. It has changed little since the Delfa bicycle was first taken for a test ride around the village square.

Thanks to my friend Sandi for passing the Delfa along to me. 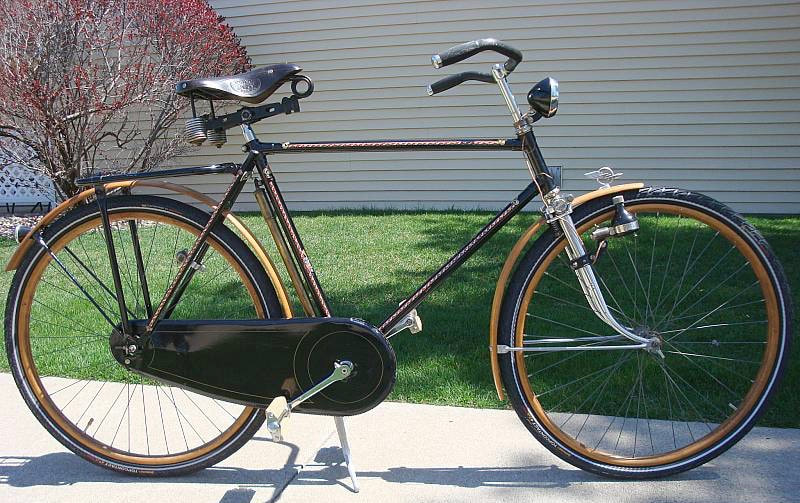 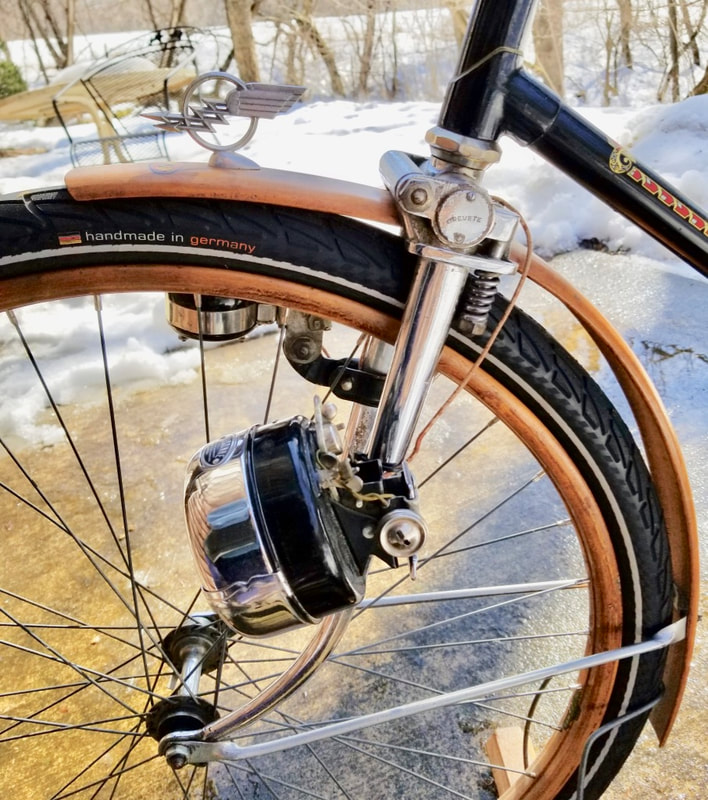 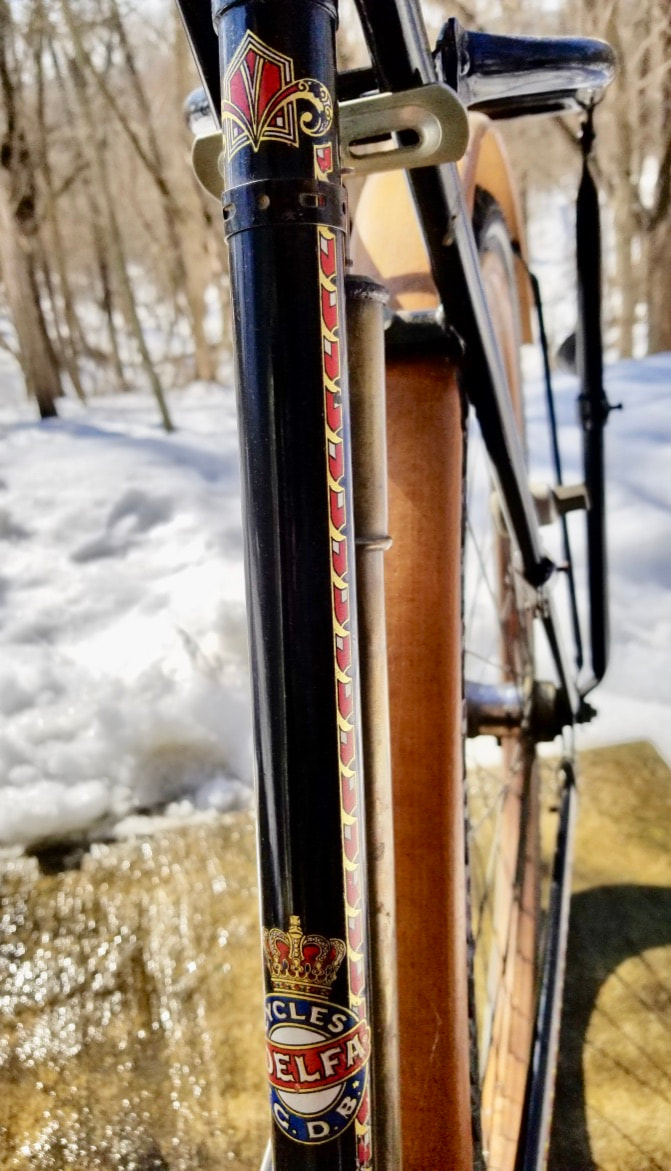 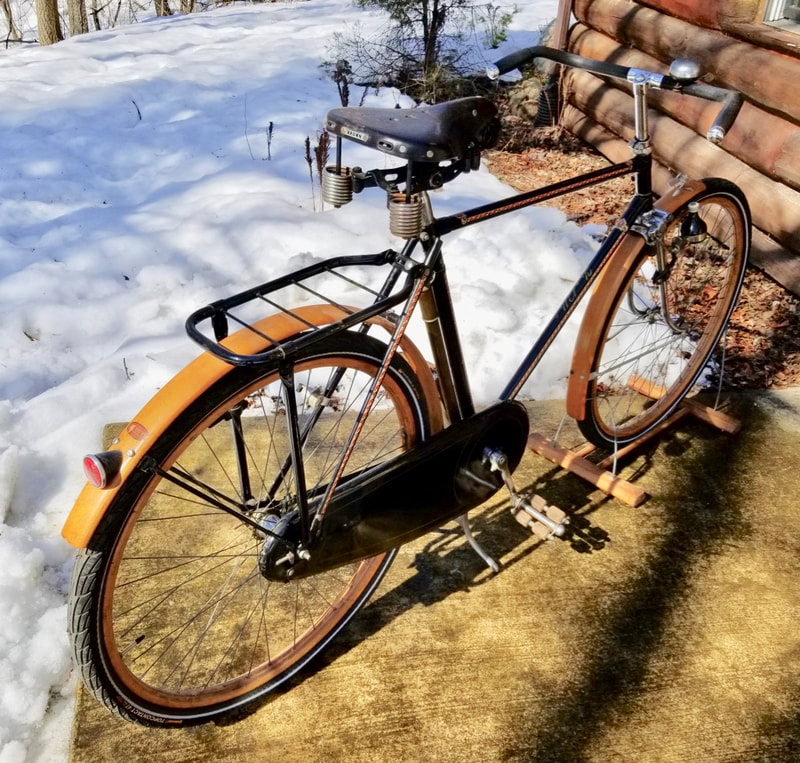 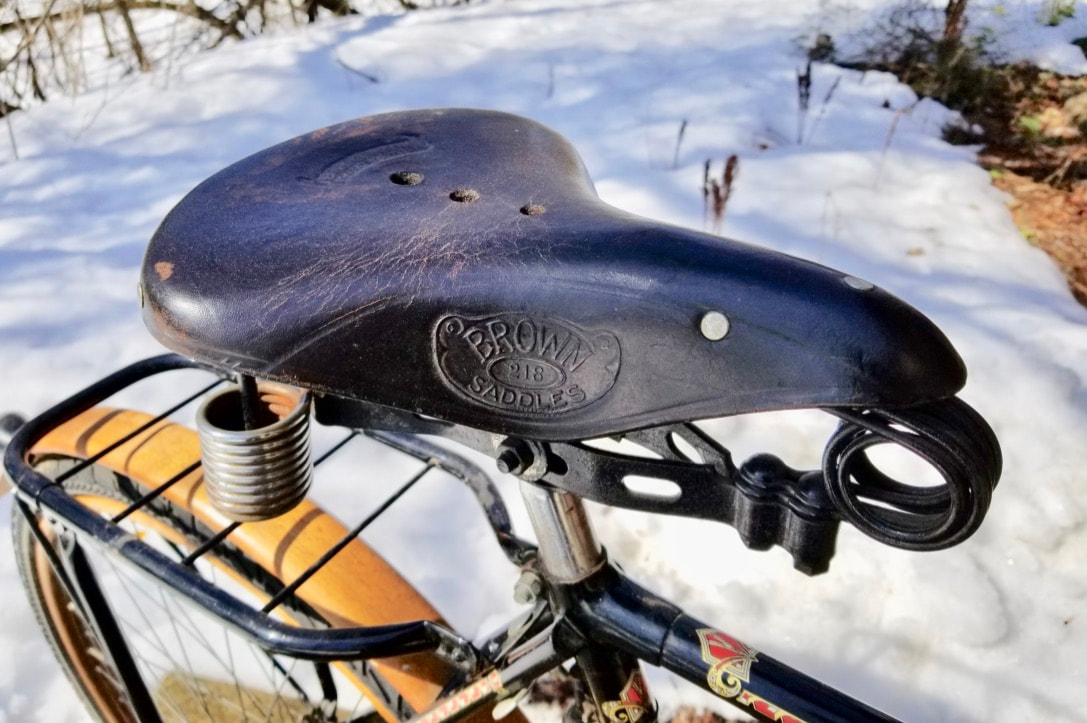 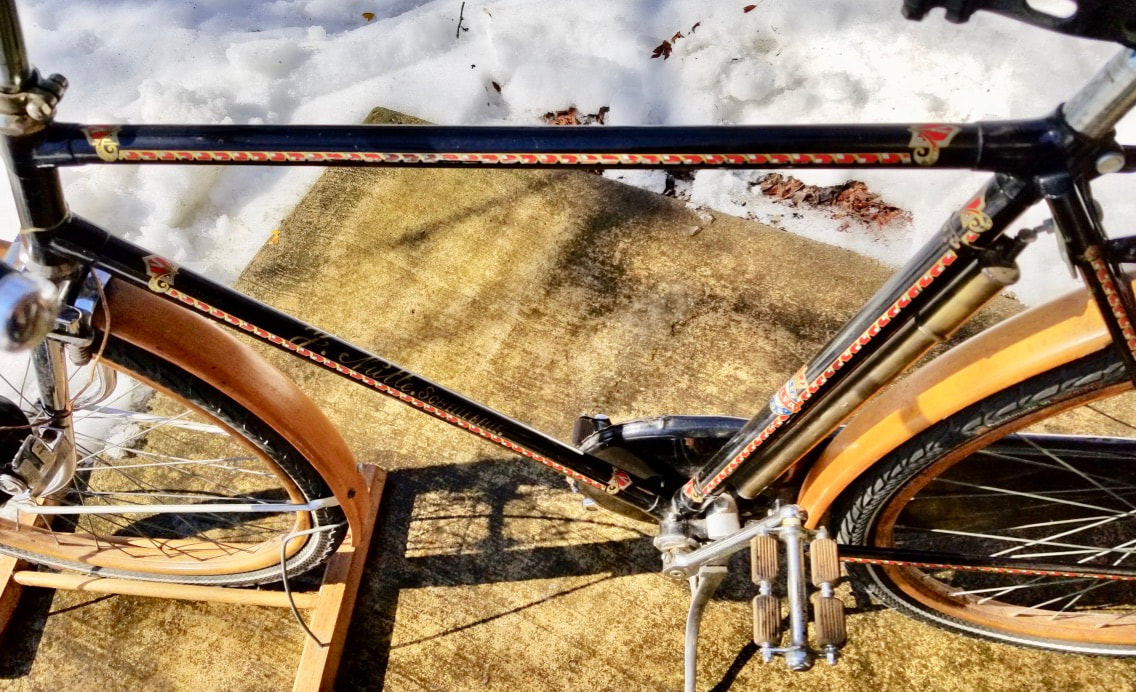 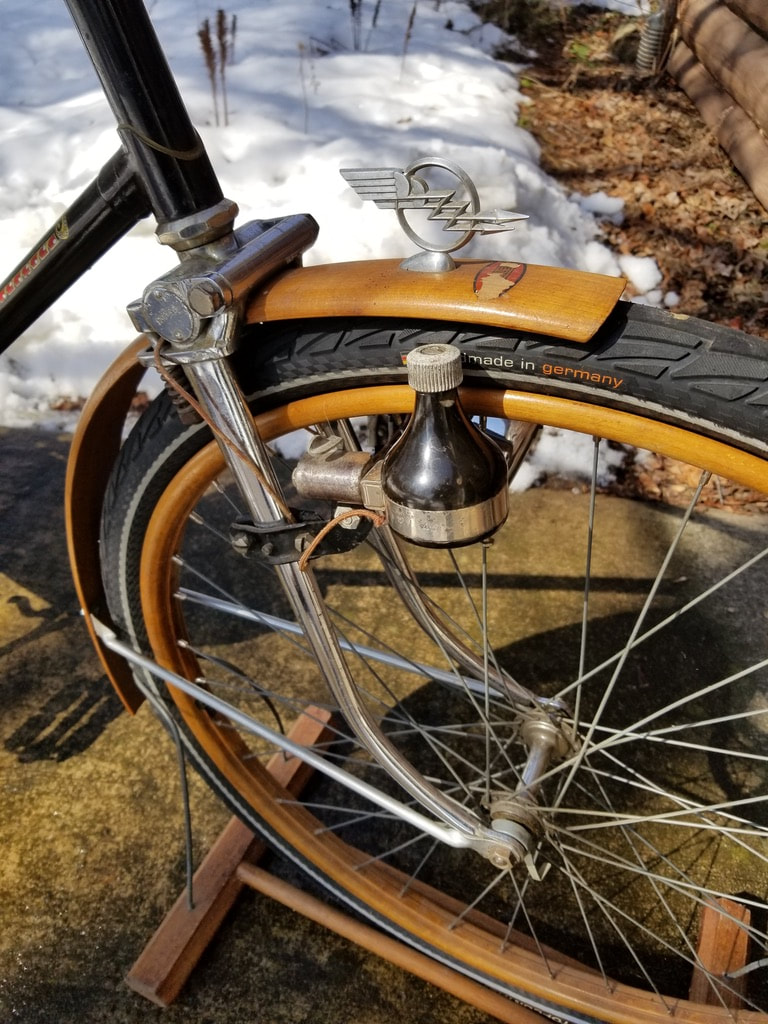 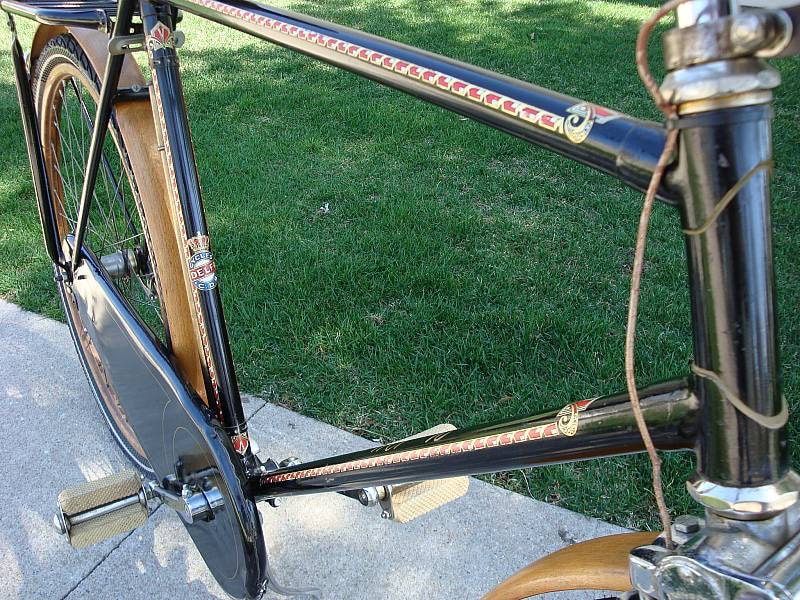 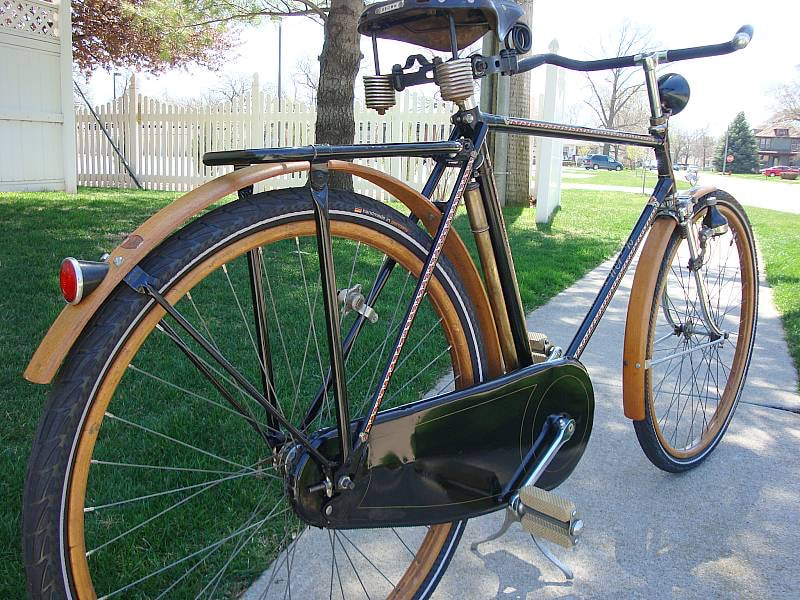 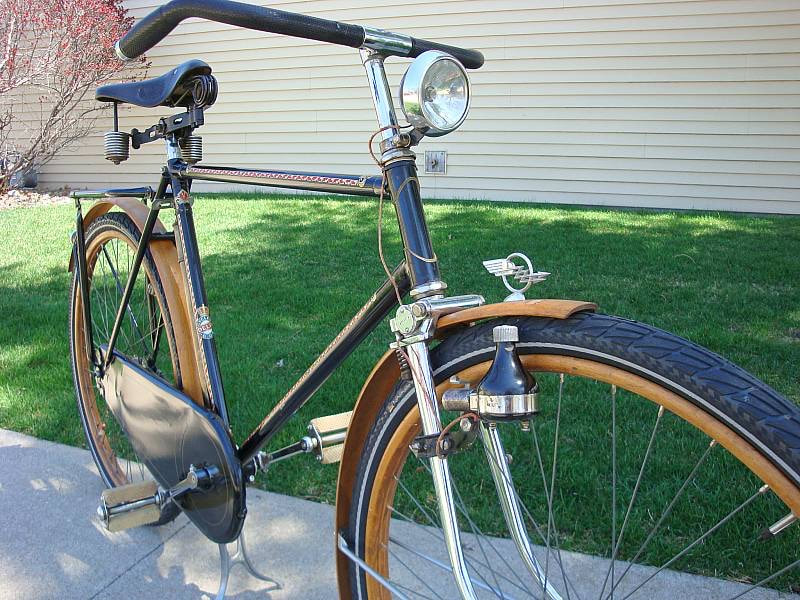 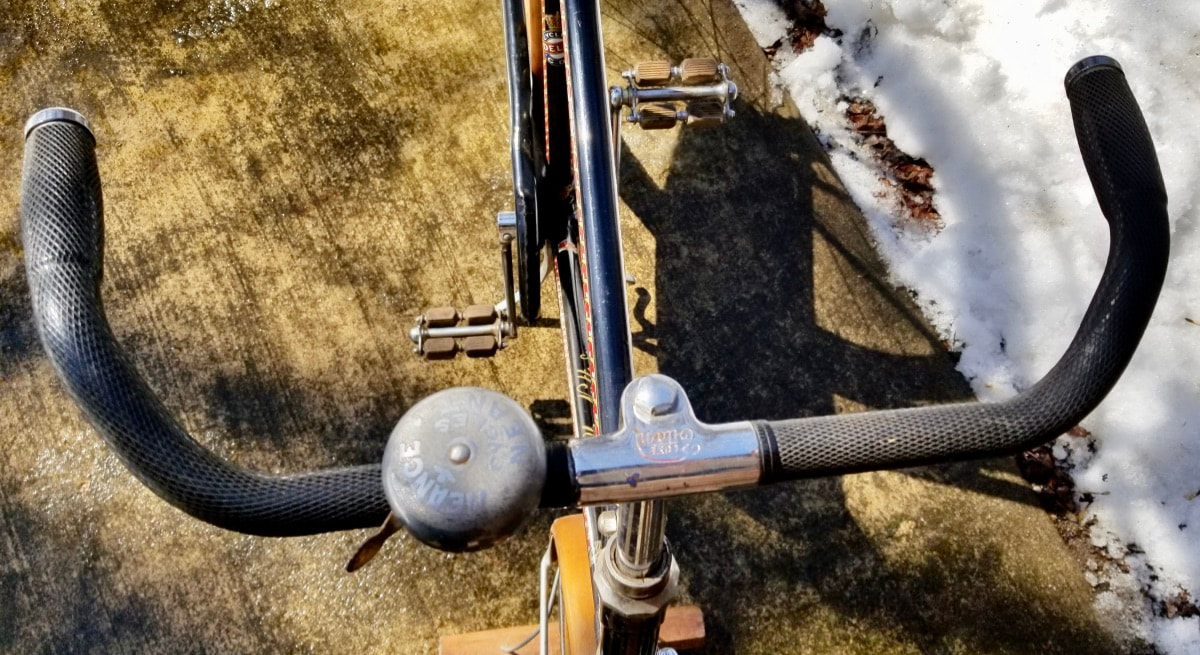 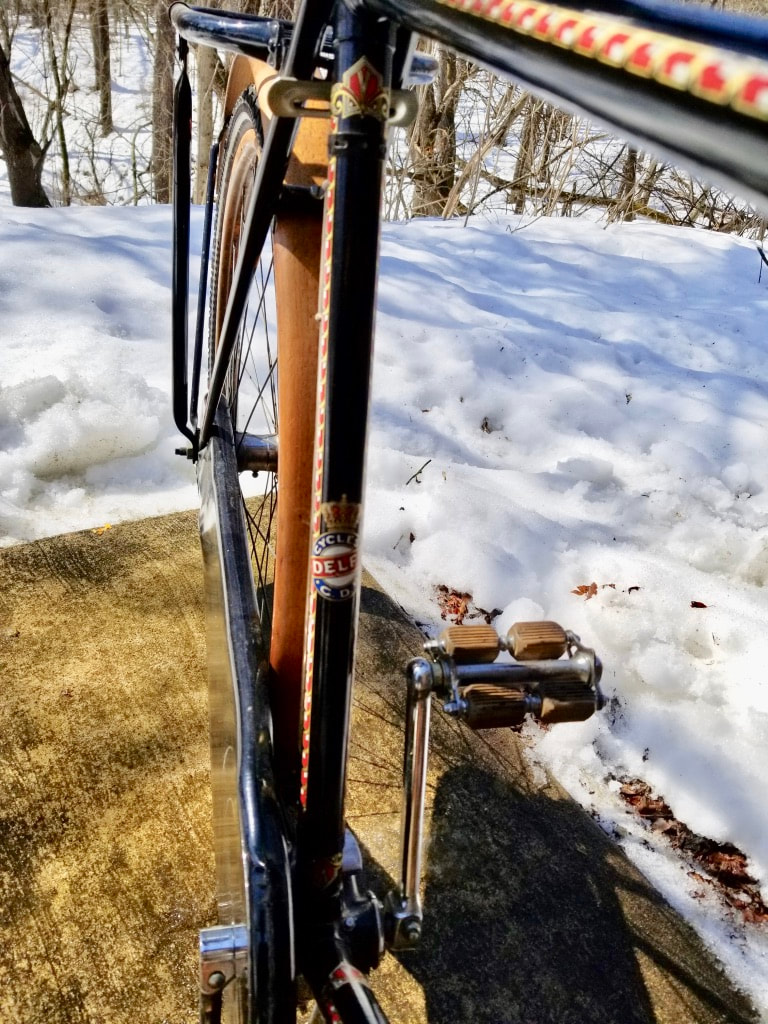 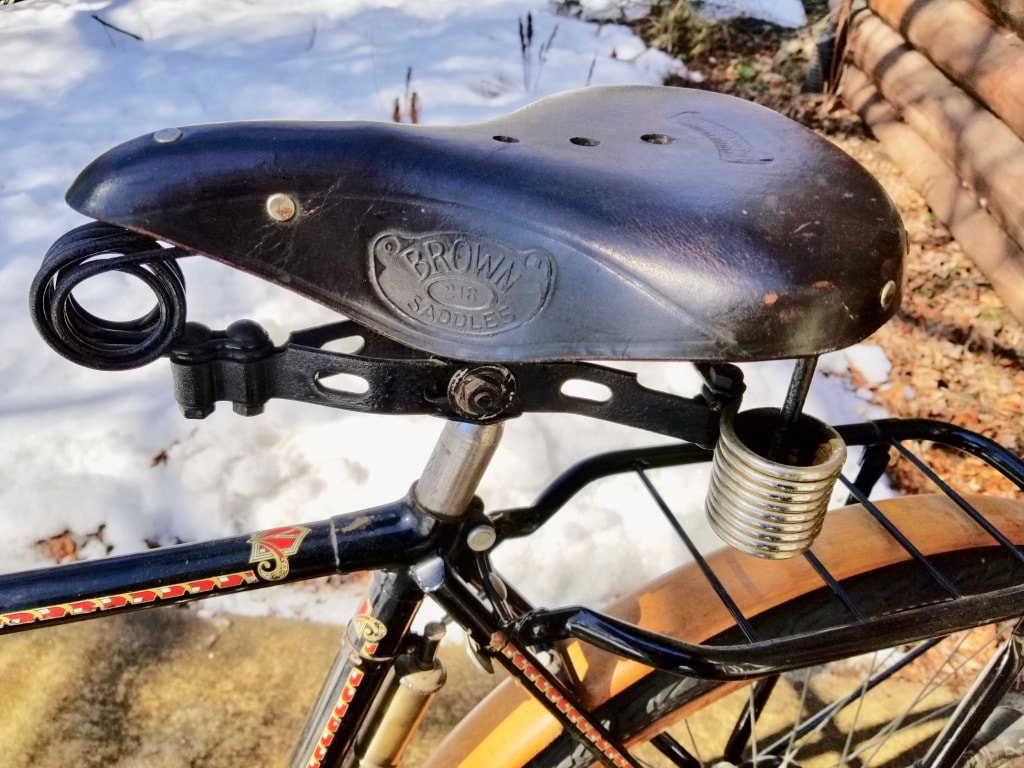 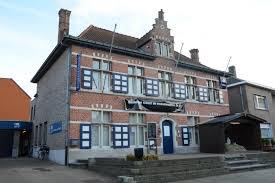 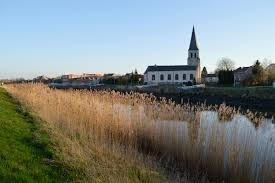 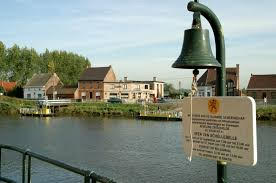