​I was just out of the hospital, recovering from surgery, at home in Illinois, when a Classic Rendezvous member outed a very unique Schwinn that had appeared on Craigslist in Sarasota, Florida: a Paramount tricycle. I had never heard of a Paramount tricycle! It just so happened that my friend James Allen was staying at our condo in Sarasota, and offered to bring the trike back to the midwest for me.

The seller told the following story: The tricycle had been built in the Chicago Schwinn factory some time in the 1980's for the manager's mother. It had been fitted with a mishmash of components, mostly Japanese; probably what the manager had lying about his own garage. The trike had suffered the Florida salt air for a few seasons. The alloy seat post was positively fused to the seat tube, and the alloy bits were heavily oxidized. Still, this was a one-off Schwinn Paramount tricycle, and worth saving. (As sellers used to say before the internet, "Where are you going to find another one?") Jeff Bock of Ames, Iowa wrestled the seat post from the frame (okay, he reamed it out by hand until his shirt was soaked with sweat and blisters formed on his frame builder fingers), added a brass bell, adjusted the three-speed Sturmey-Archer hub, and restored some of the transfers. My fabricator Dick Bodell made a rear rack, to which I have added a 1930's leather suitcase, suitable for transporting vintage picnic ware. 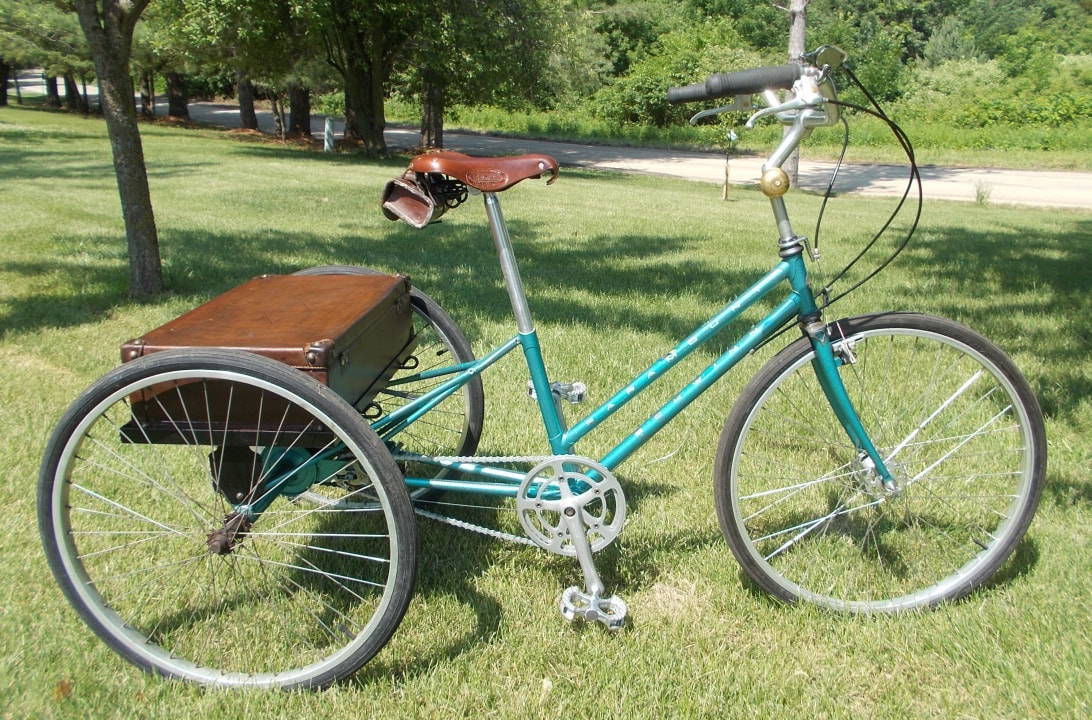 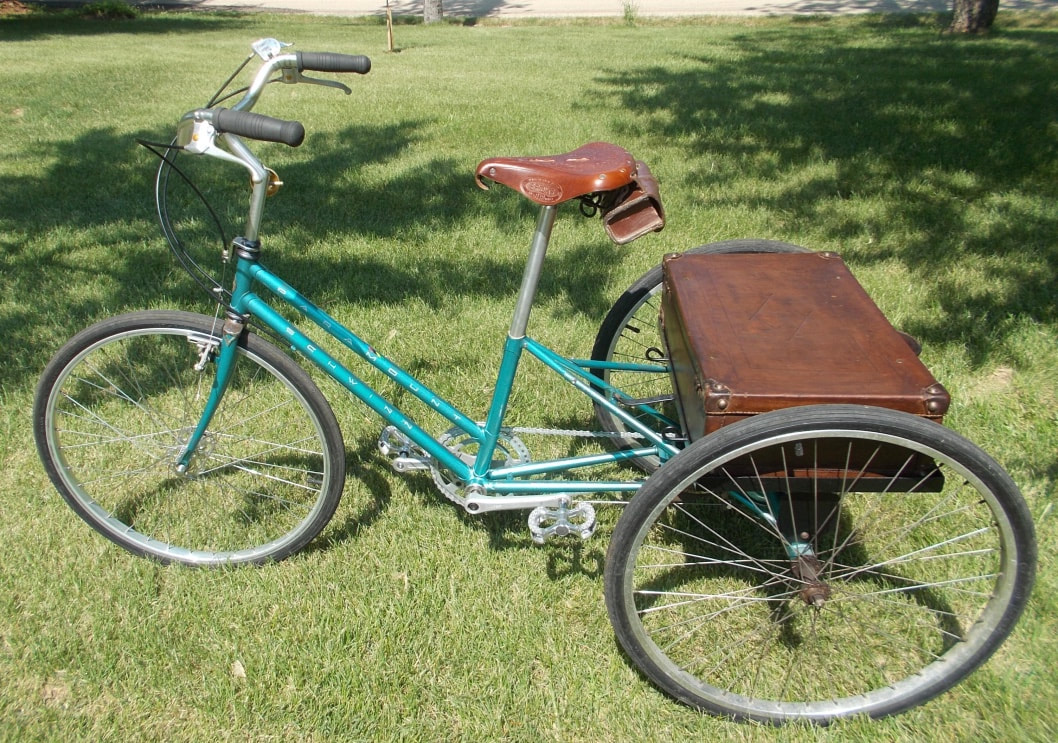 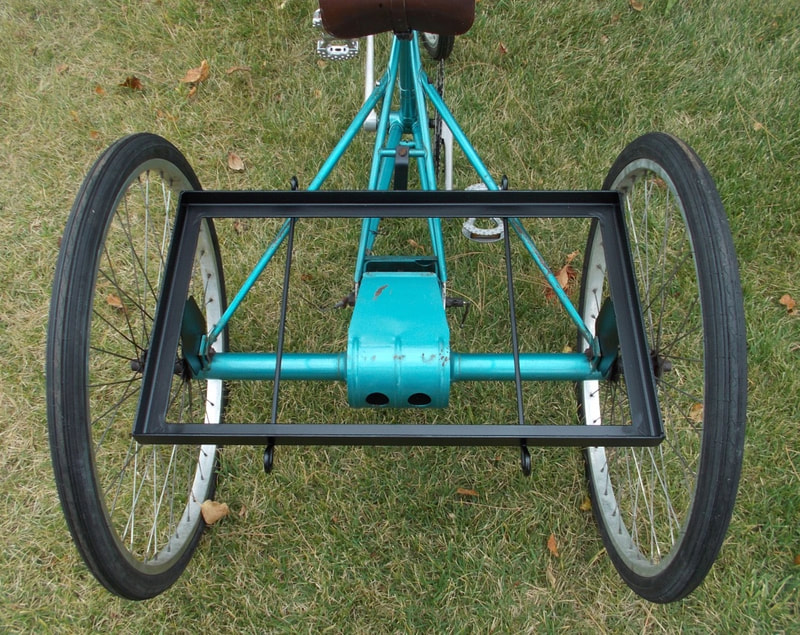 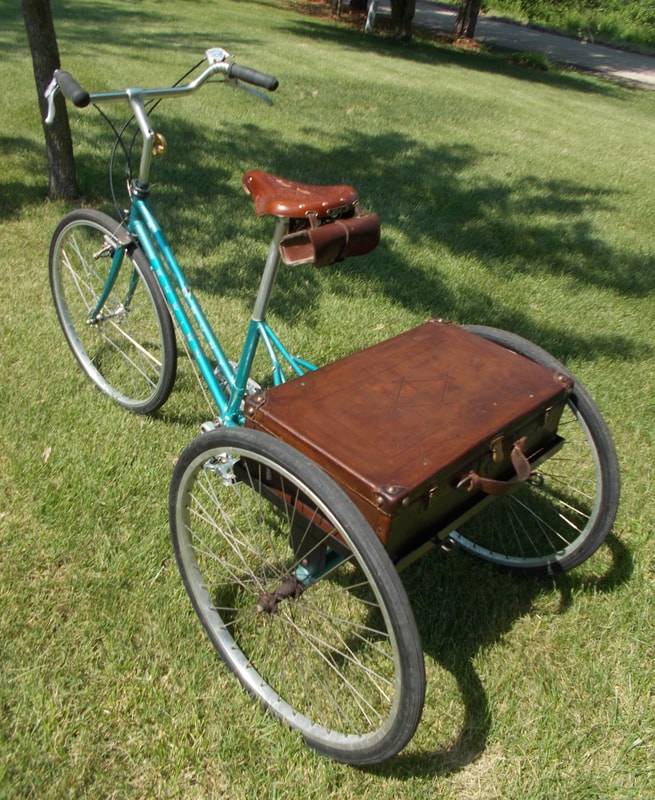 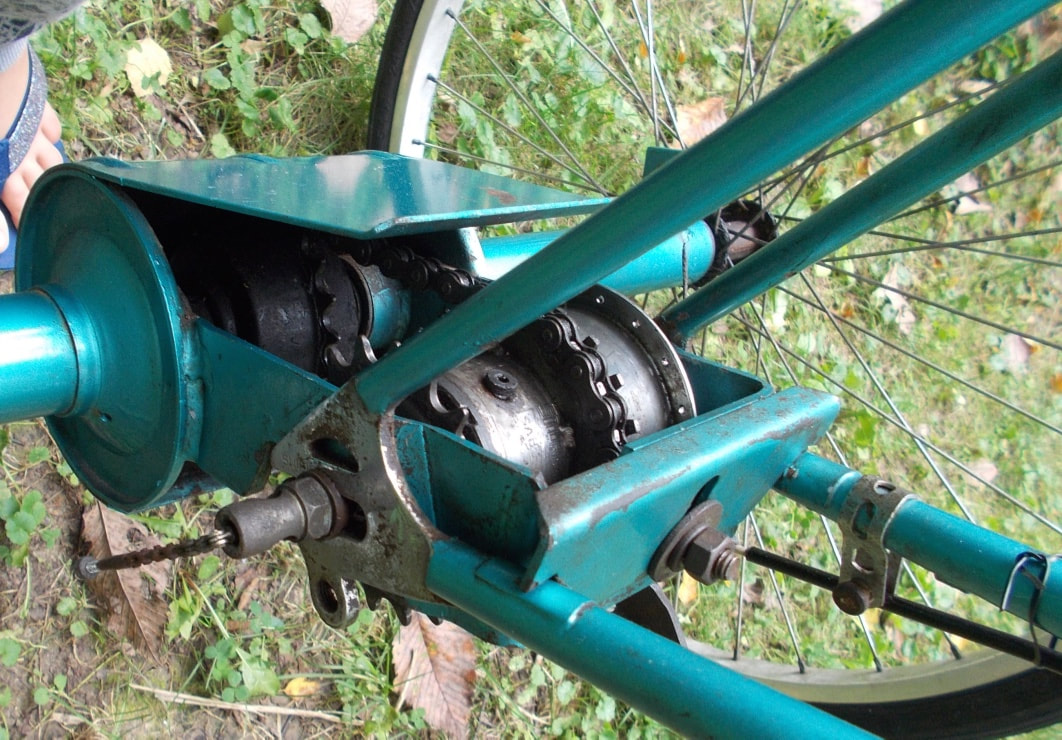 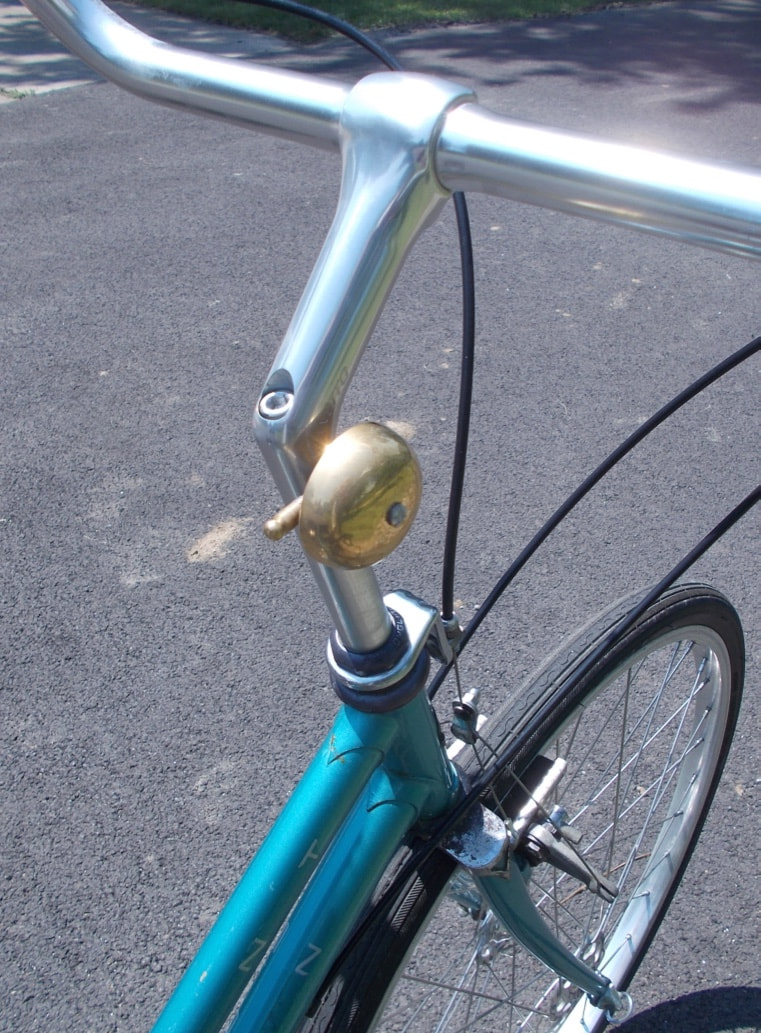 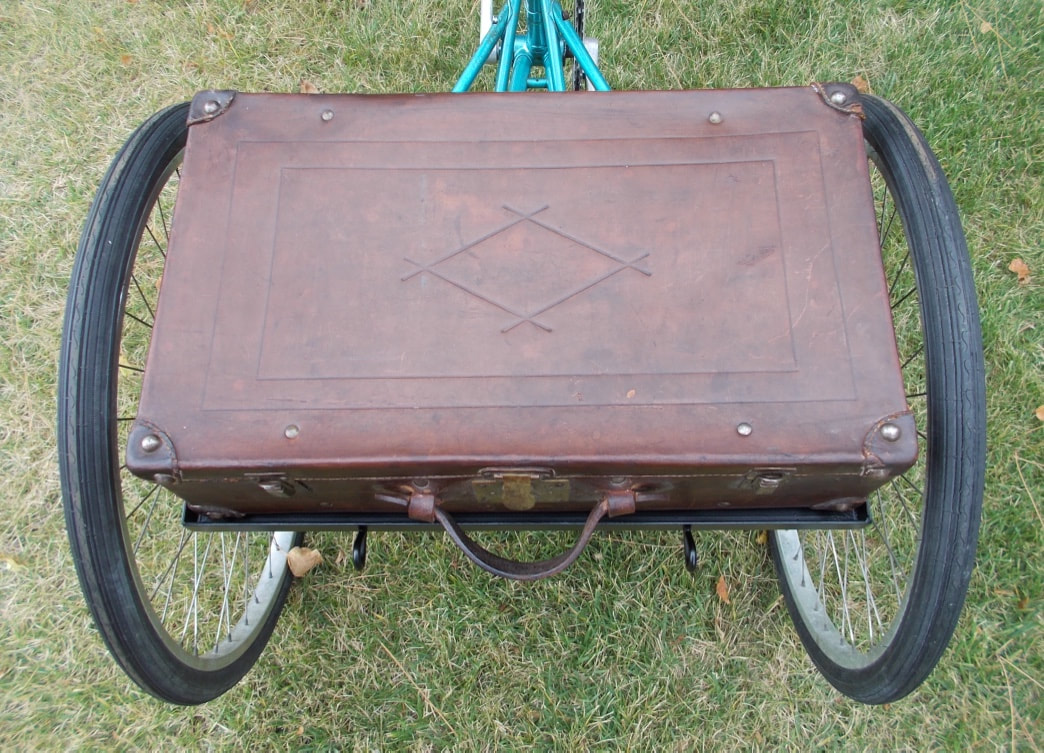 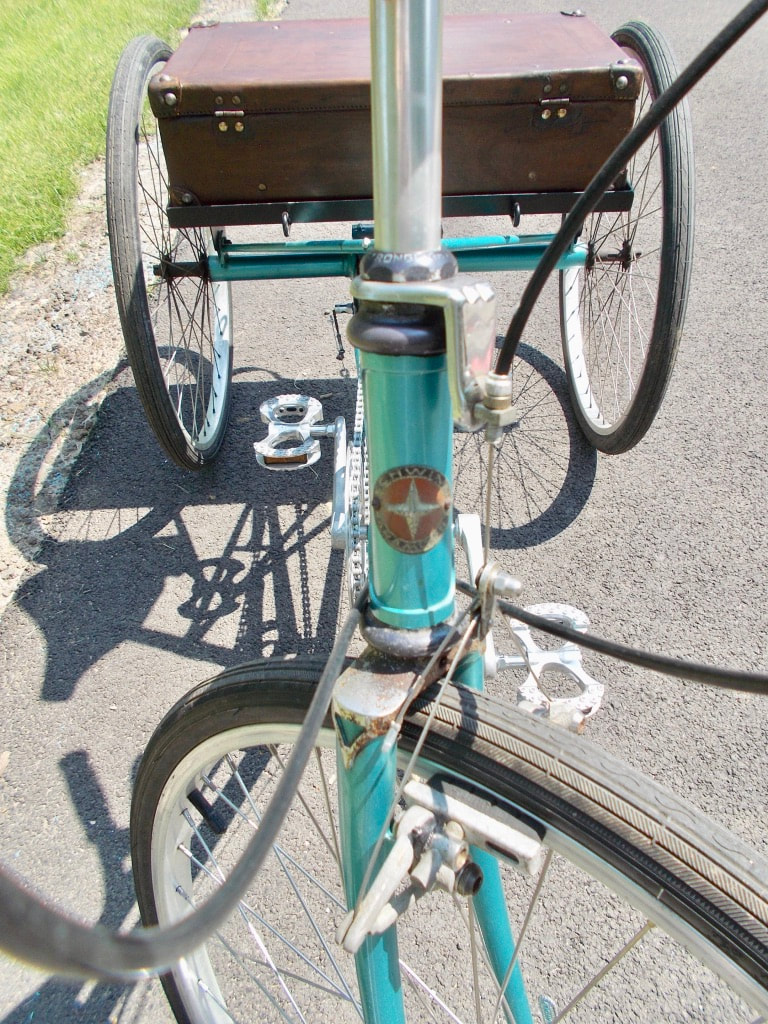 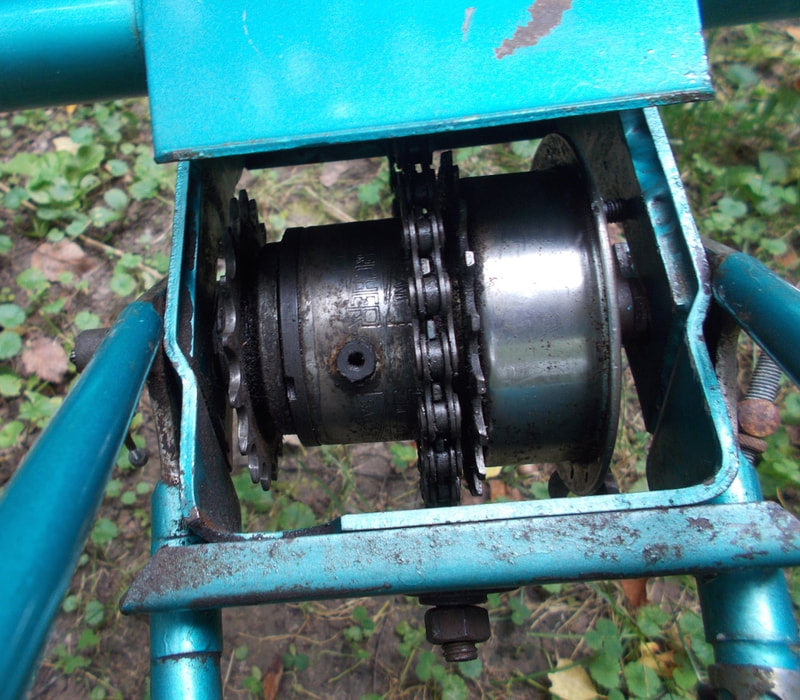 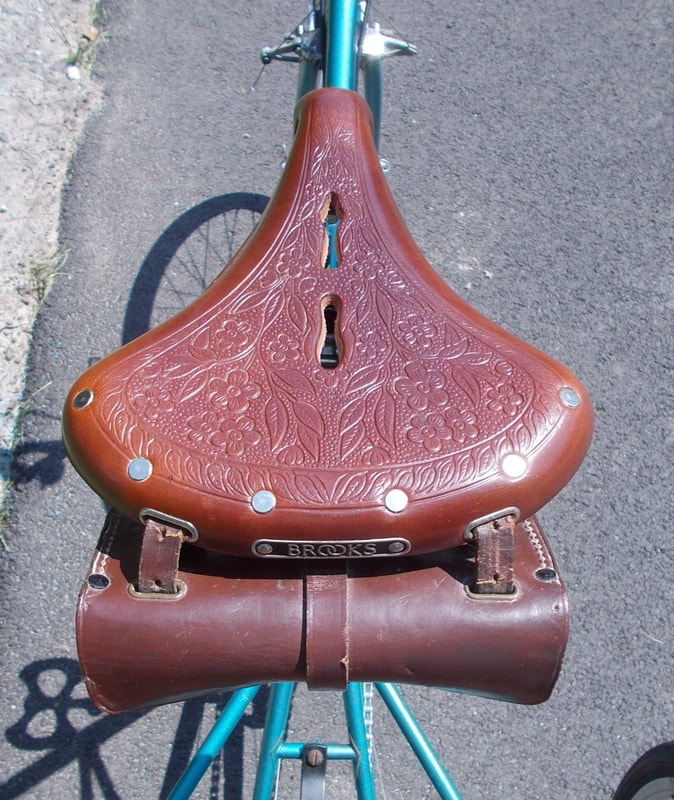 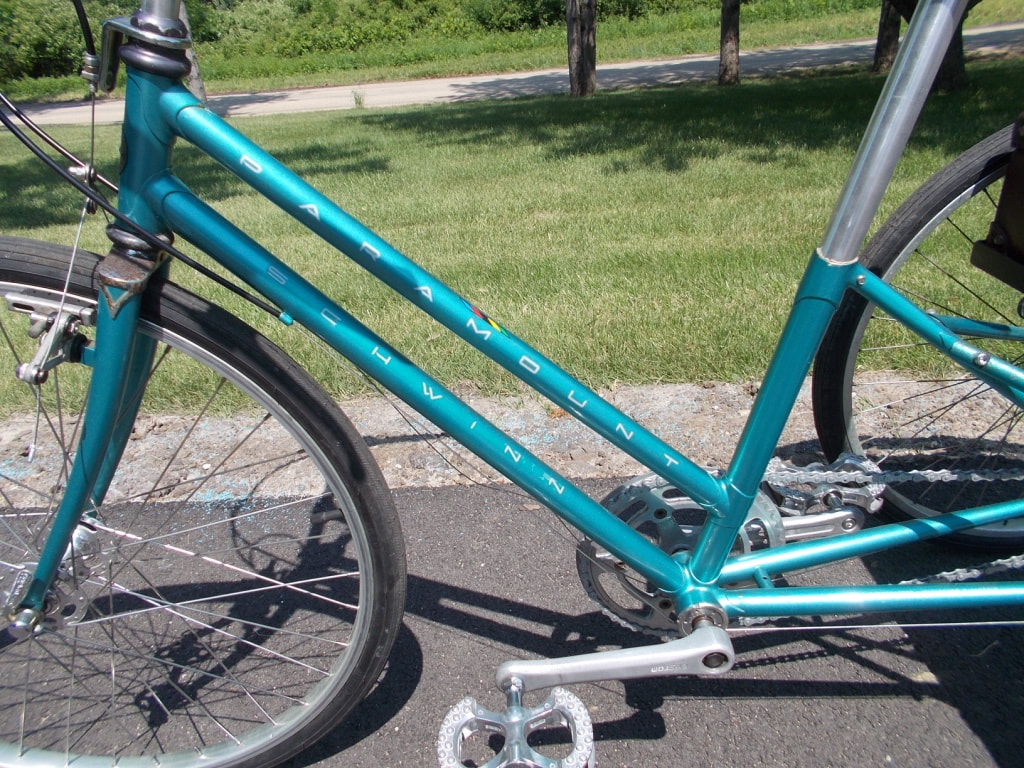 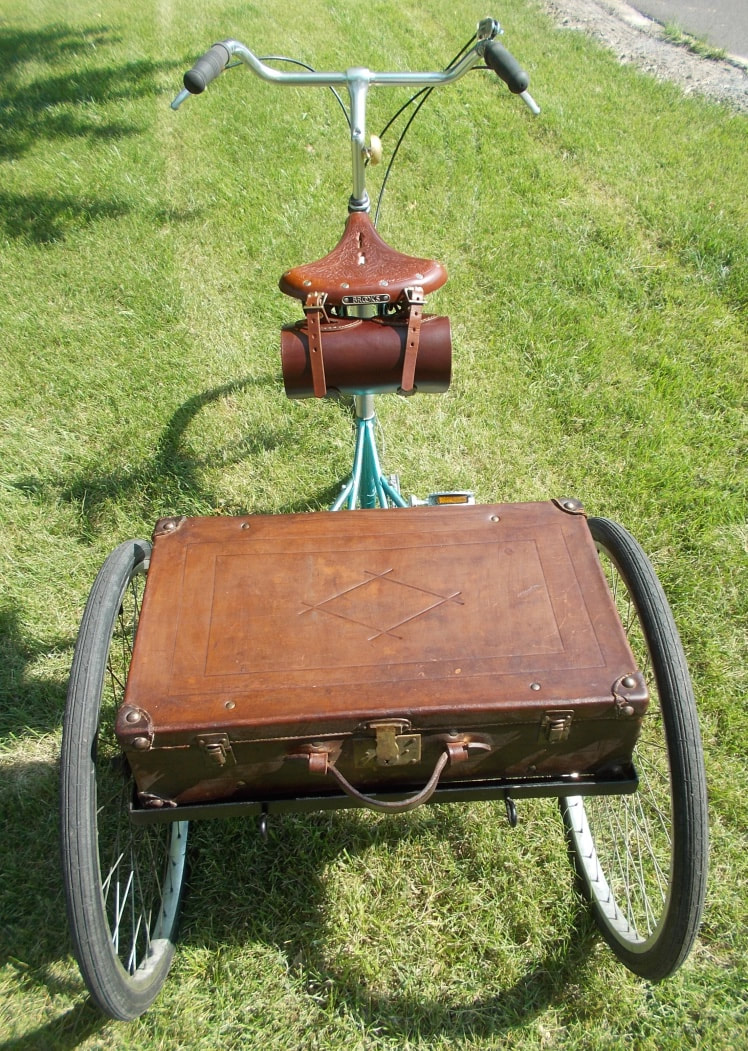 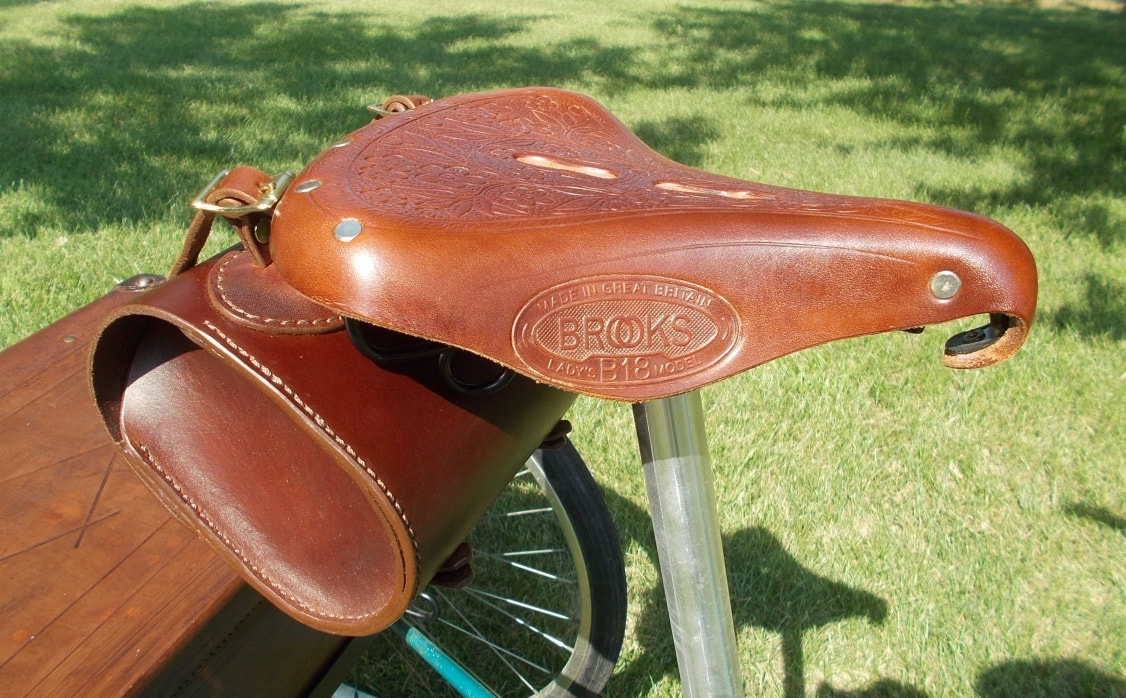 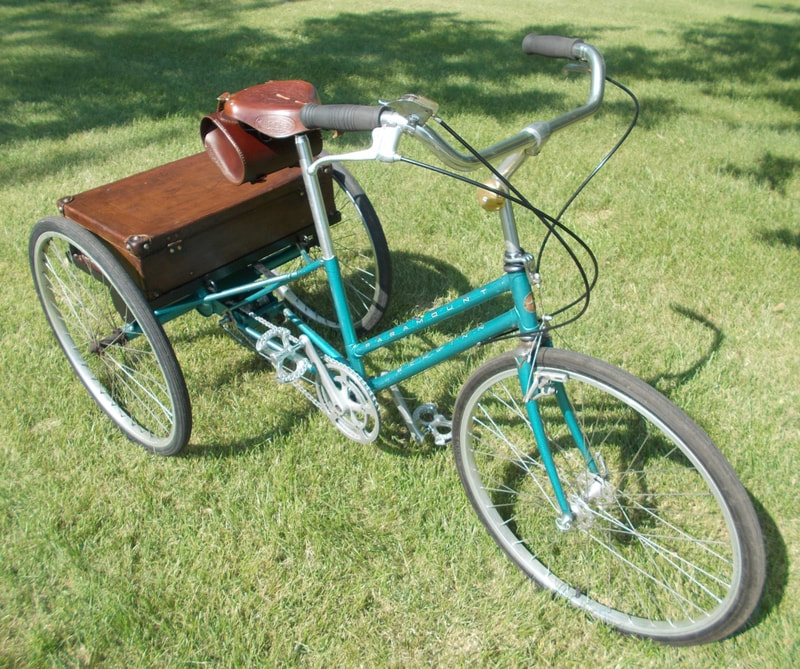 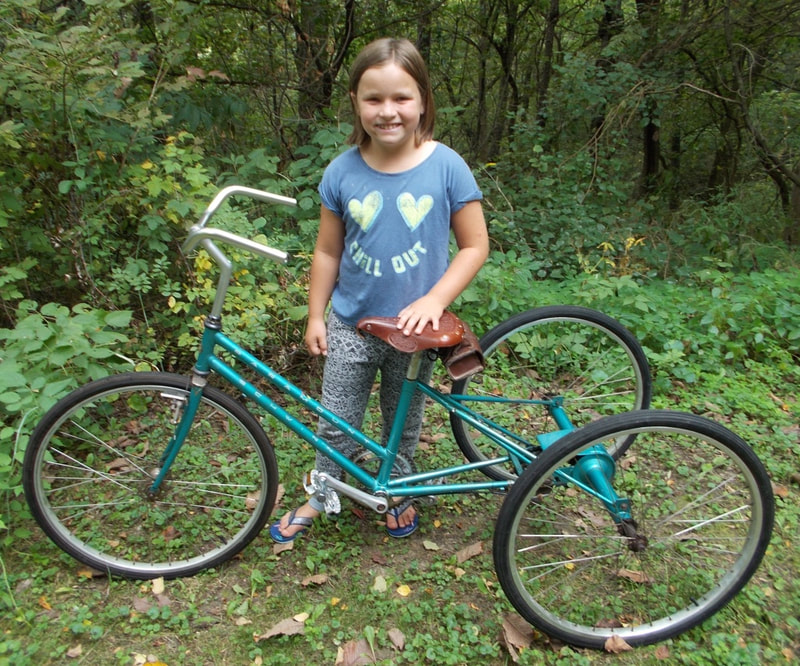