​My wife Jeanette and I were newly married when we drove from Mackinac Island in Michigan clear across Canada to Quebec, where my friend Real Le Bel welcomed us to his creative and charming home, a repurposed 1940s one-room schoolhouse. I had been buying vintage bicycles from Real for several years, but we had never met face to face. The three or four days Jeanette and I spent with Real and his beautiful life companion, Marie-France, will always be one of the happiest moments in our new life. (We didn't know it at the time, but Real and Marie-France had given us their master bedroom, while they slept in the small basement apartment).

Real was a first-rate cyclist, and had purchased a few years earlier the contents of the Gagne bike shop in Trois-Rivieres, Quebec. The Gagne shop may be traced back to the 1930s, and had its own racing team at least as early as the 1950s. In one fell swoop Real had become the caretaker of several historic, near-mint racing machines, including some of the most beautiful original condition Legnanos I had ever seen. Before we said farewell to Quebec I took a photo of Real standing beside his beloved 1950s Legnano Tipo Roma track bike. As years passed it became symbolic of our friendship and the sport we both loved. Decades later, when Real told me he was going to sell his bicycle collection, I asked him to save the Legnano track bike for me. Real agreed to the sale, but passed away before I could bring the bike home to Illinois.

The Legnano is now in my cabin at the foot of our hill, one of the great prizes in my collection: the bicycle with the metallic lizard-yellow paint, the bicycle made famous by Ercole Baldini, Alfredo Binda, Fausto Coppi, and Gino Bartali.  It is in immaculate original condition, as you can see. It embodies so many memories that I am reluctant to change a thing about the bike, including the green plastic bar tape that has been on the bike since it was raced by the Gagne team in the 1950s. (The Legnano Tipo Roma road bike, companion to the track, may be seen elsewhere on this site, and retains the same green plastic handlebar tape).

The photos below show the Legnano on the day of its arrival in Illinois. I will take more and better photos soon. 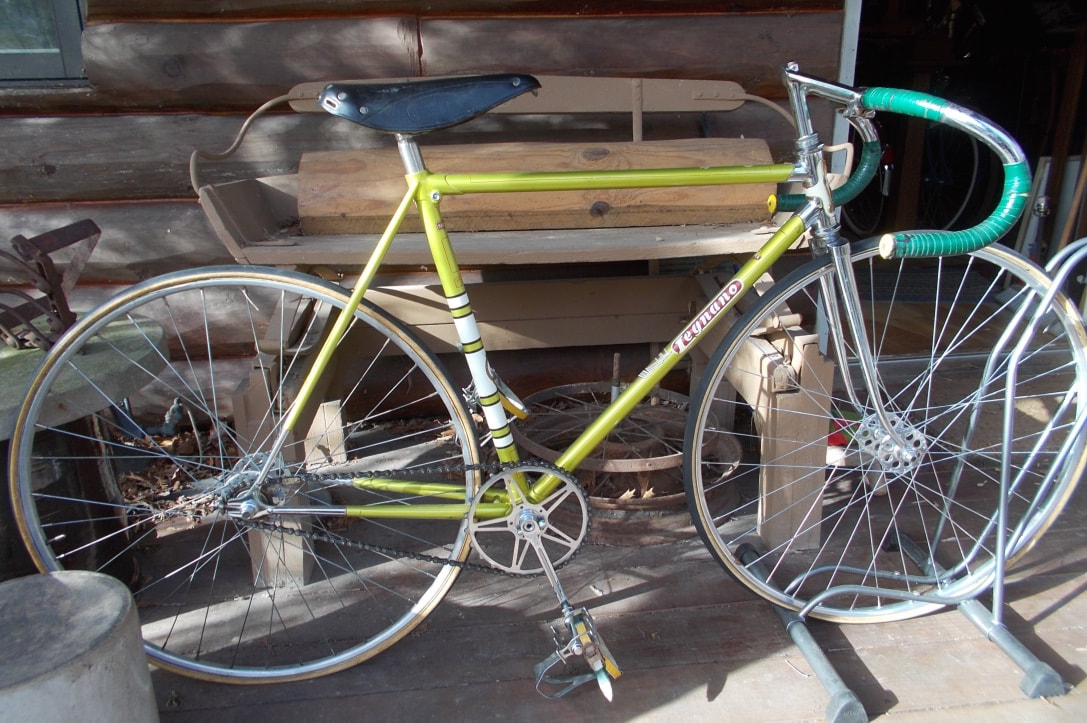 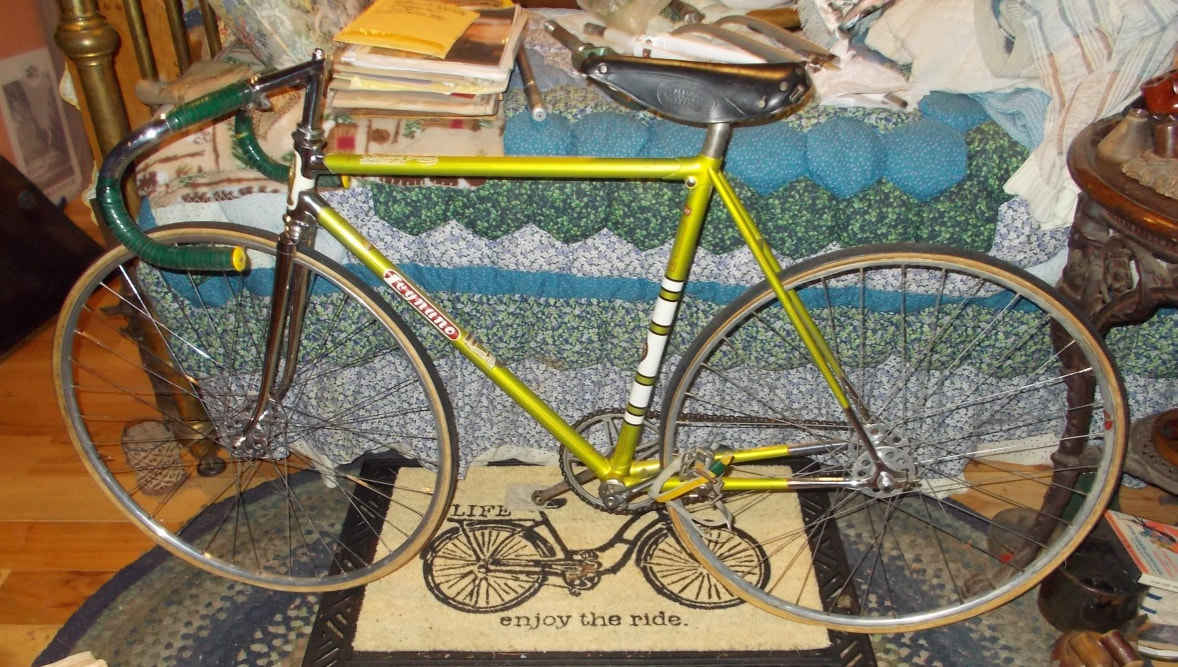 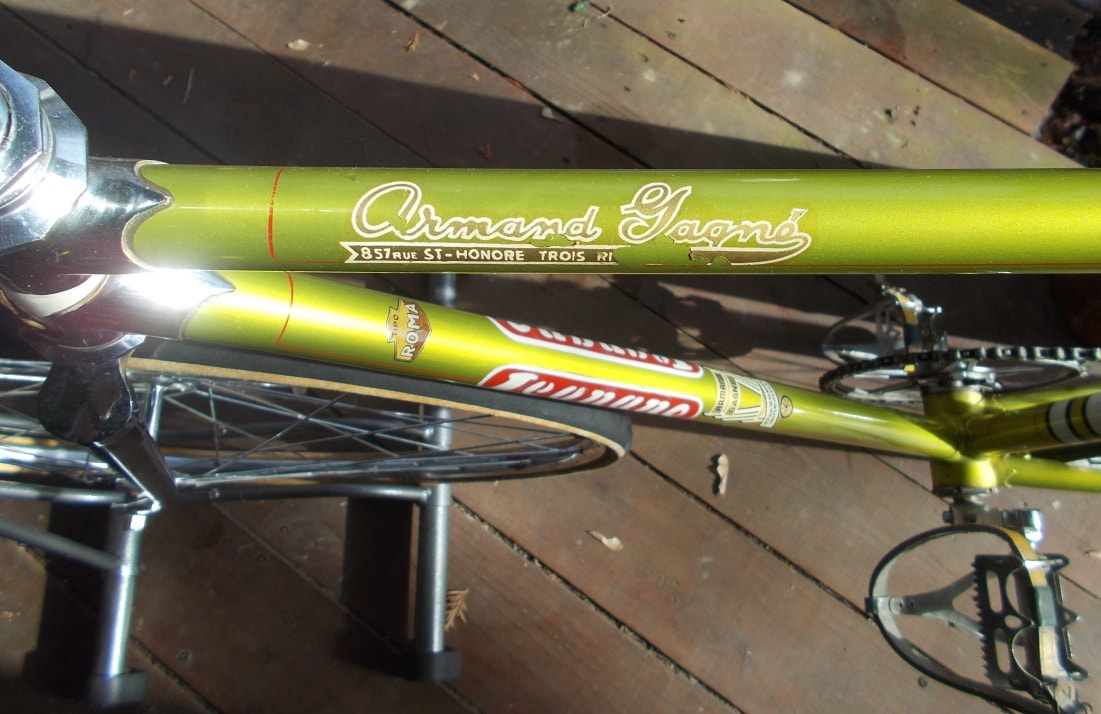 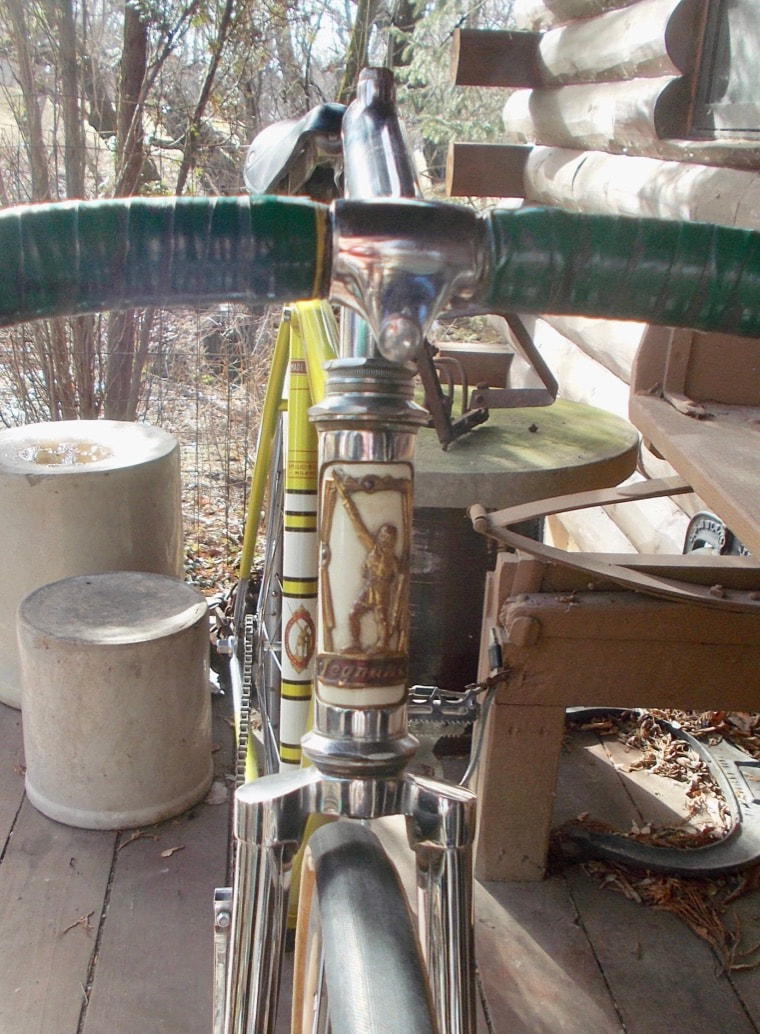 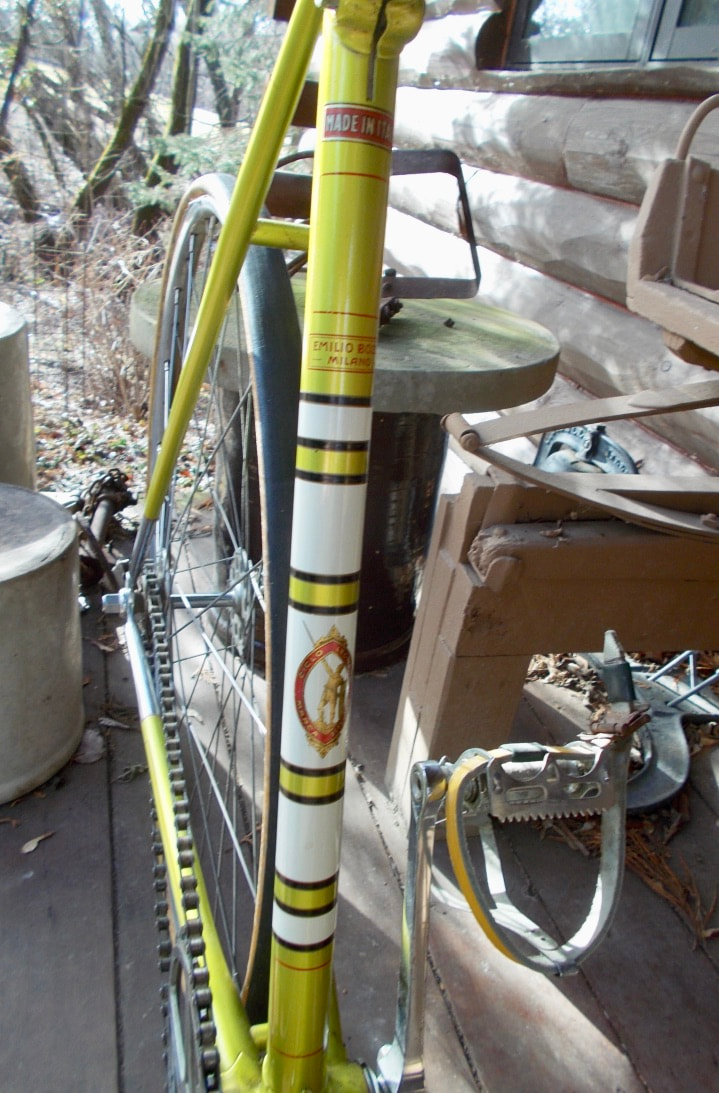 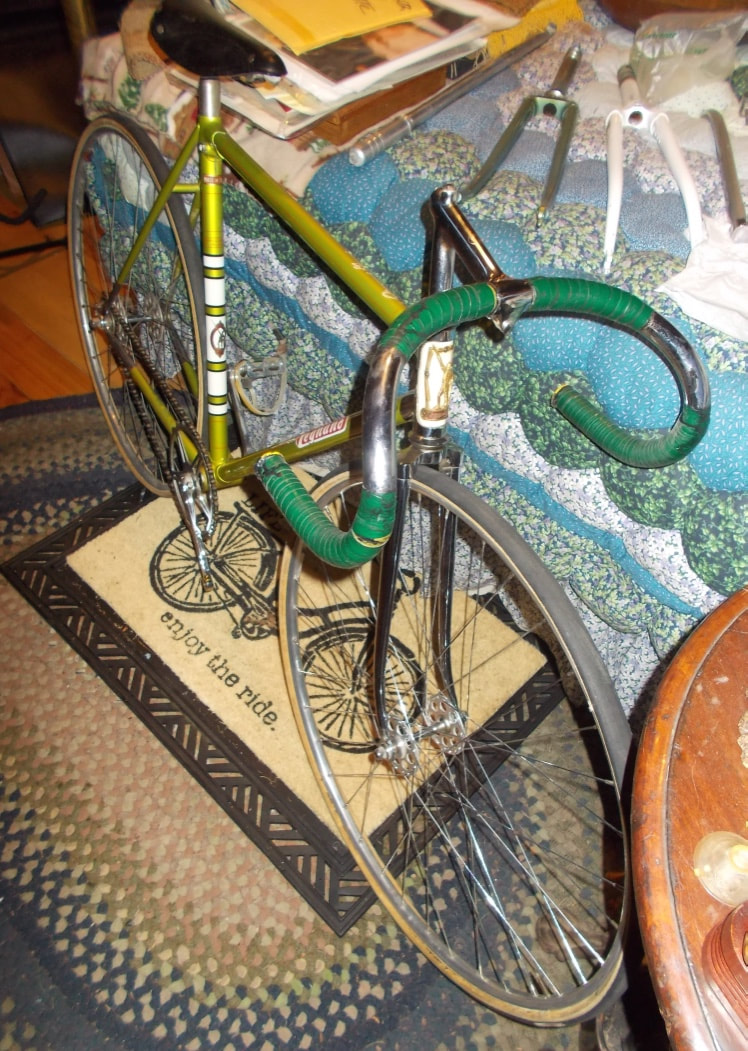 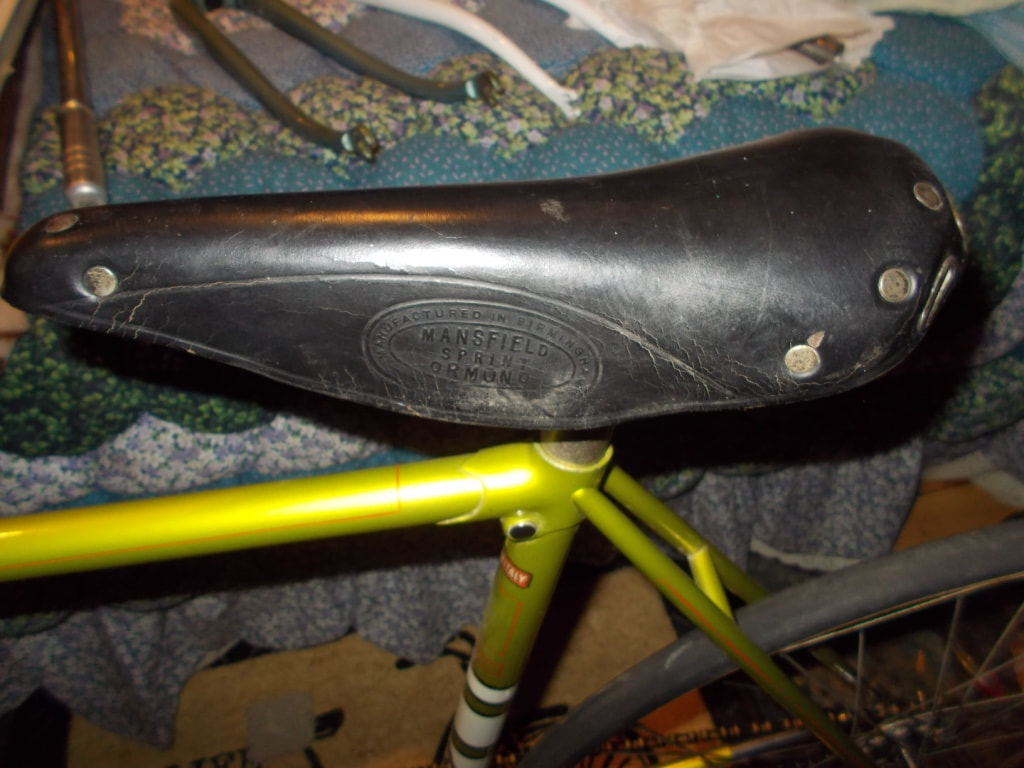 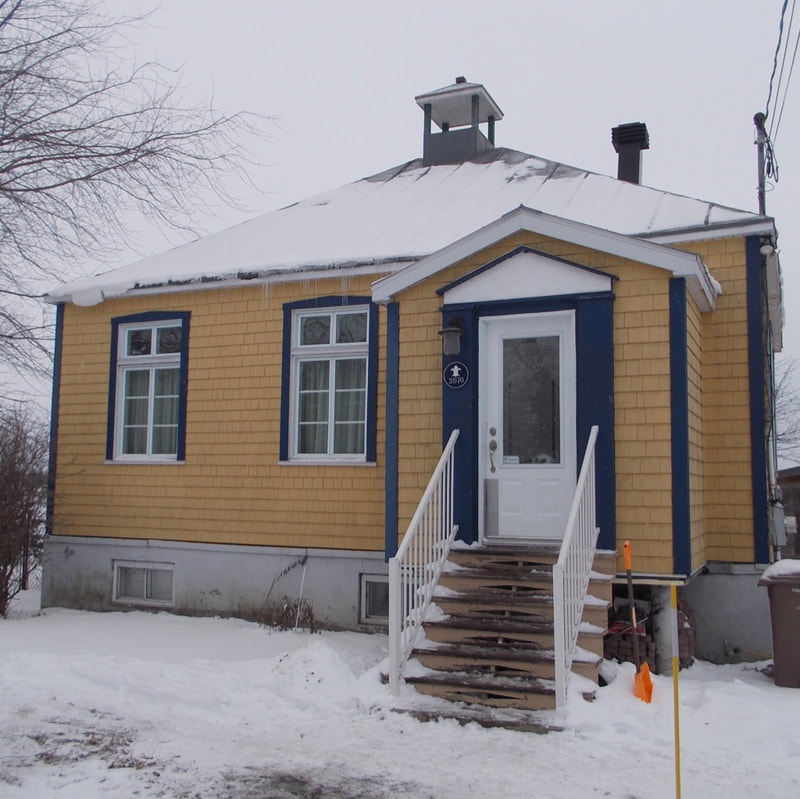 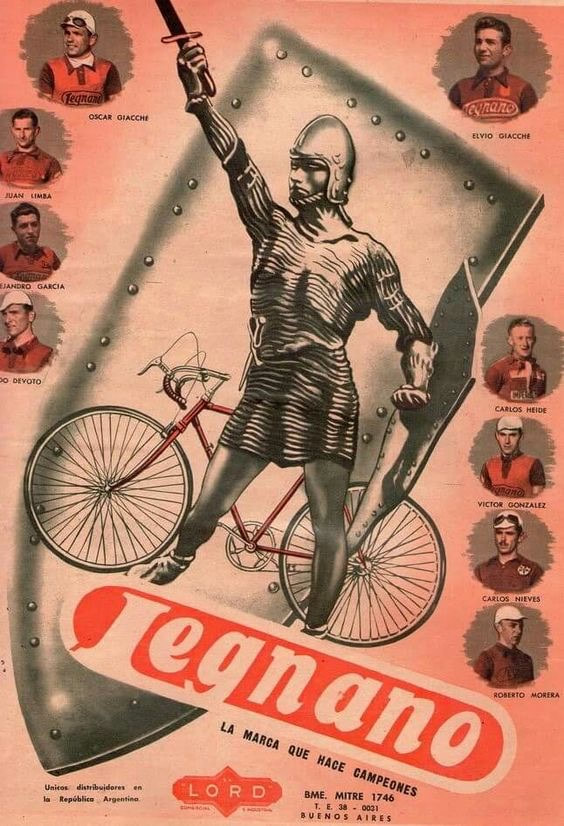