Charles Mintorn Murphy, better known as "Mile-a-Minute Murphy," was the first man to ride a bicycle for one mile in less than a minute. Murphy performed his dangerous feat in 1899 by drafting behind a Long Island Railroad passenger car, riding a Tribune bicycle. (Murphy's actual time was 57.8 seconds. Boards were placed along a two mile stretch of the tracks, with eleven foot side wings attached to the roof of the last carriage car. Riding amidst swirling dust and debris, whipsawed by a wavy track and burned by flying cinders, if Murphy had lost control at any moment, or had run into the unprotected railroad ties, he would likely have been killed).

The manufacturer of the Tribune bicycle wasted no time in capitalizing on Murphy's fame in their advertisements (See below).

​As a collector one always hopes to find a bicycle in original condition. Nevertheless, given the rarity and historic significance of the Tribune Blue Streak bicycle, I consider myself lucky to have found the bike you see here, first acquired as a frame and crankset. 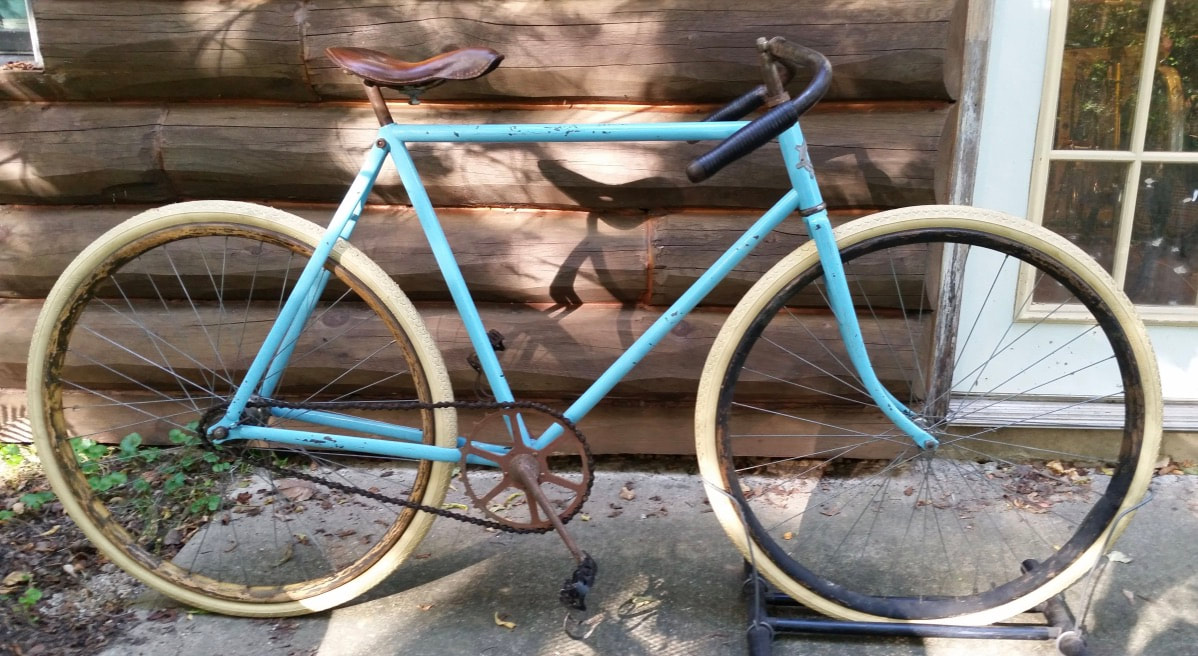 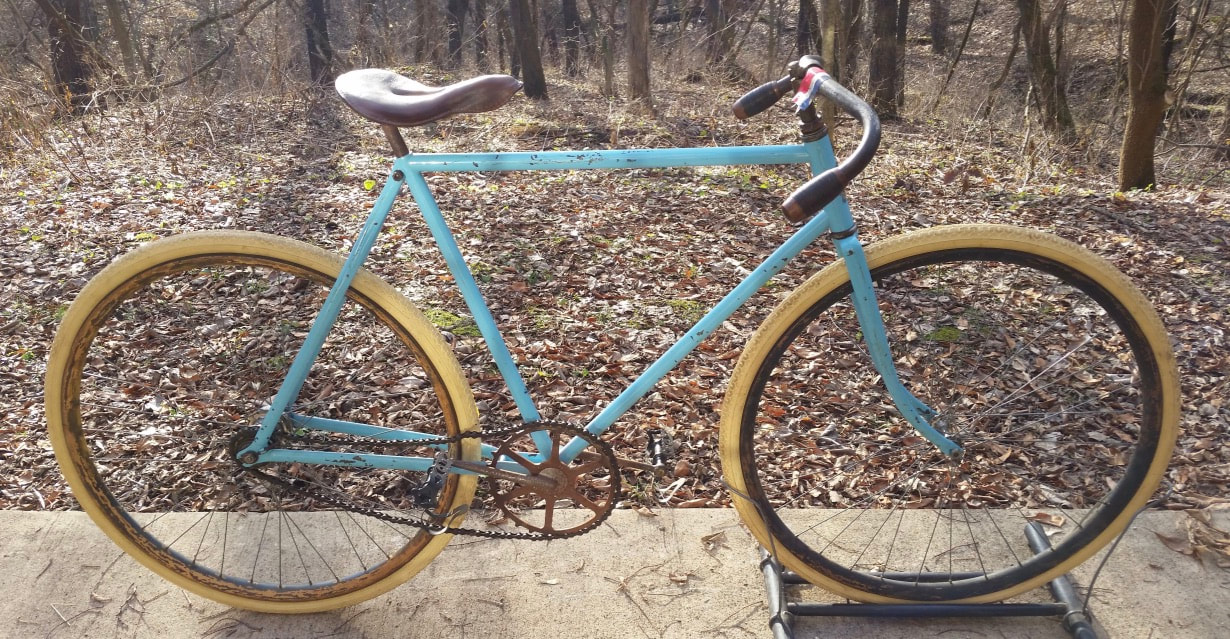 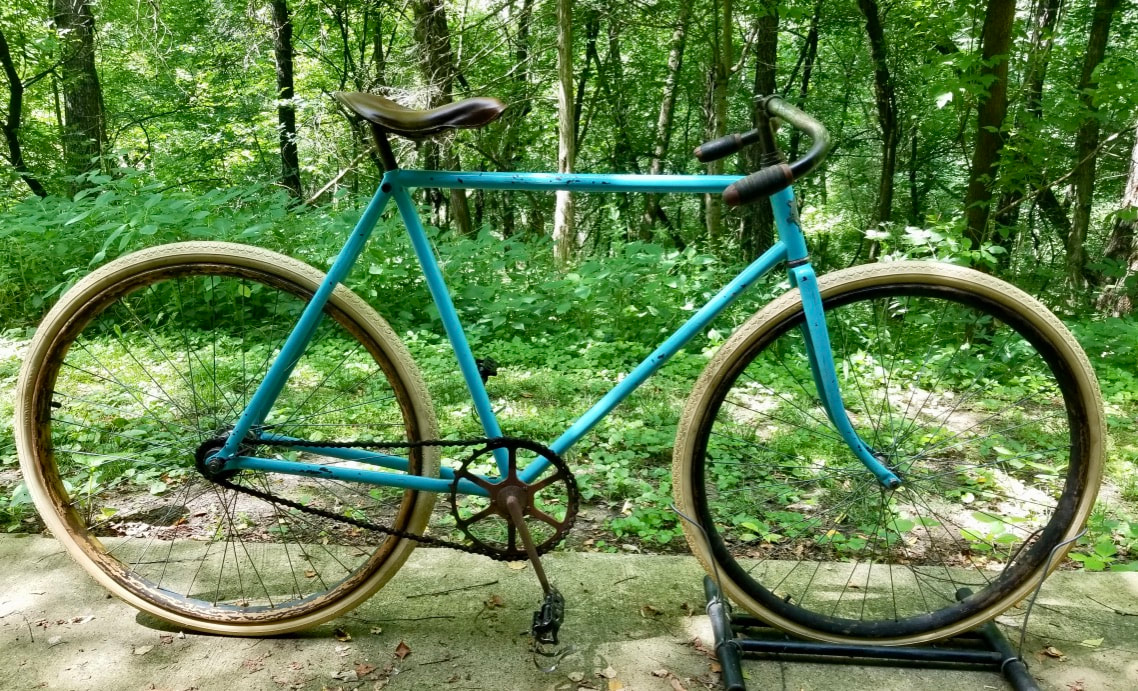 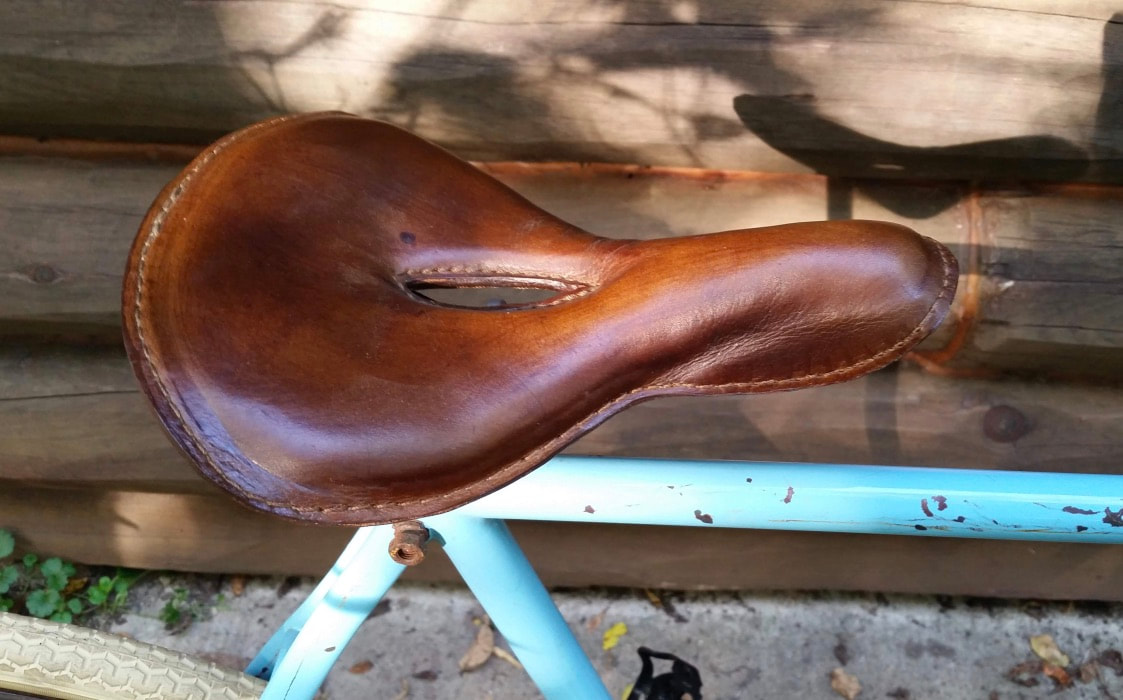 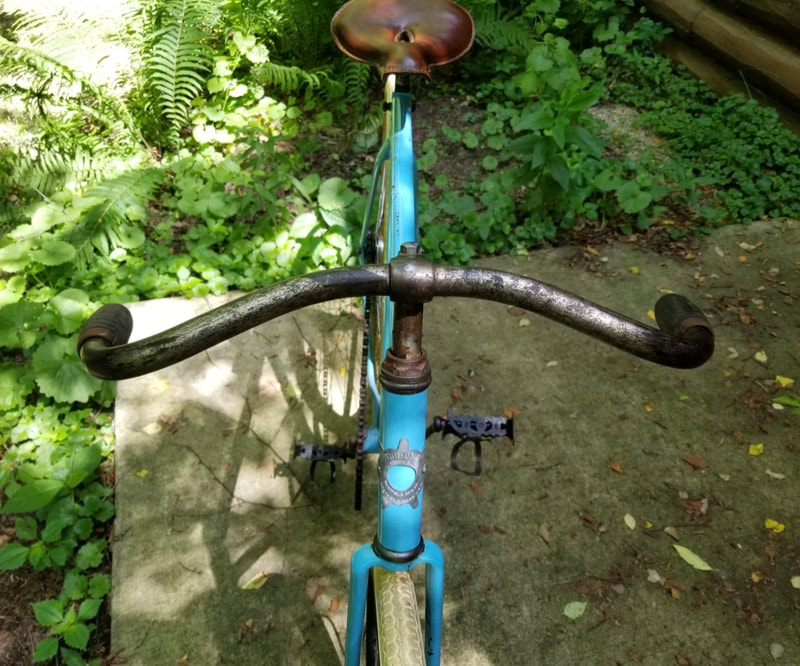 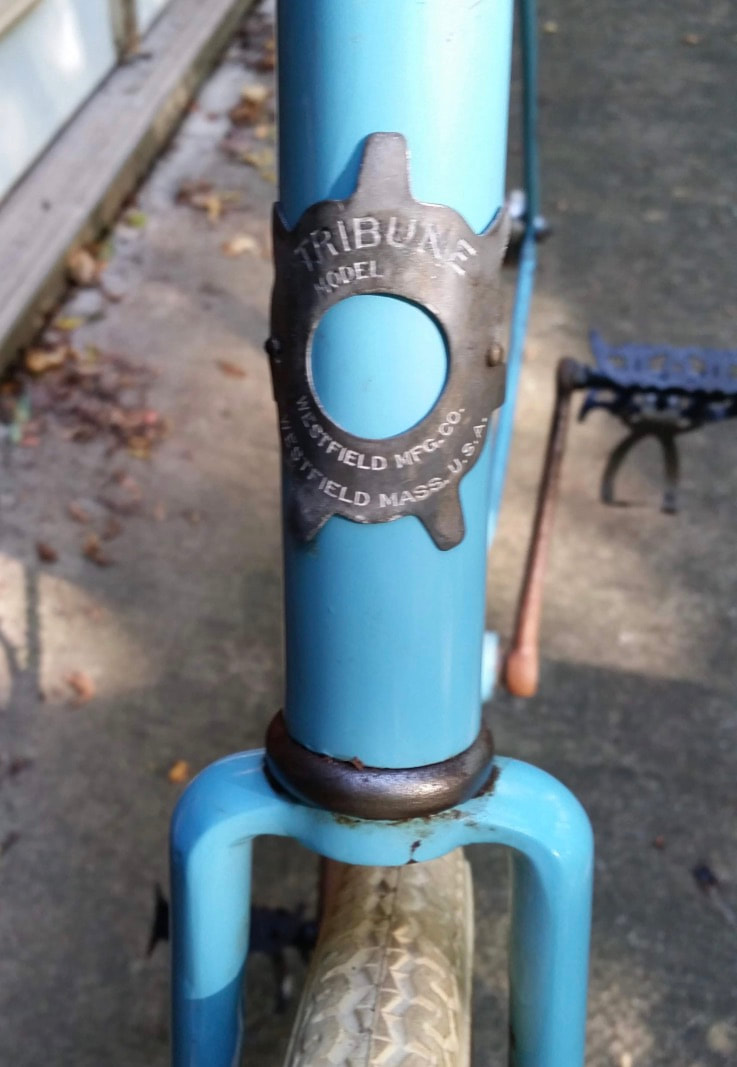 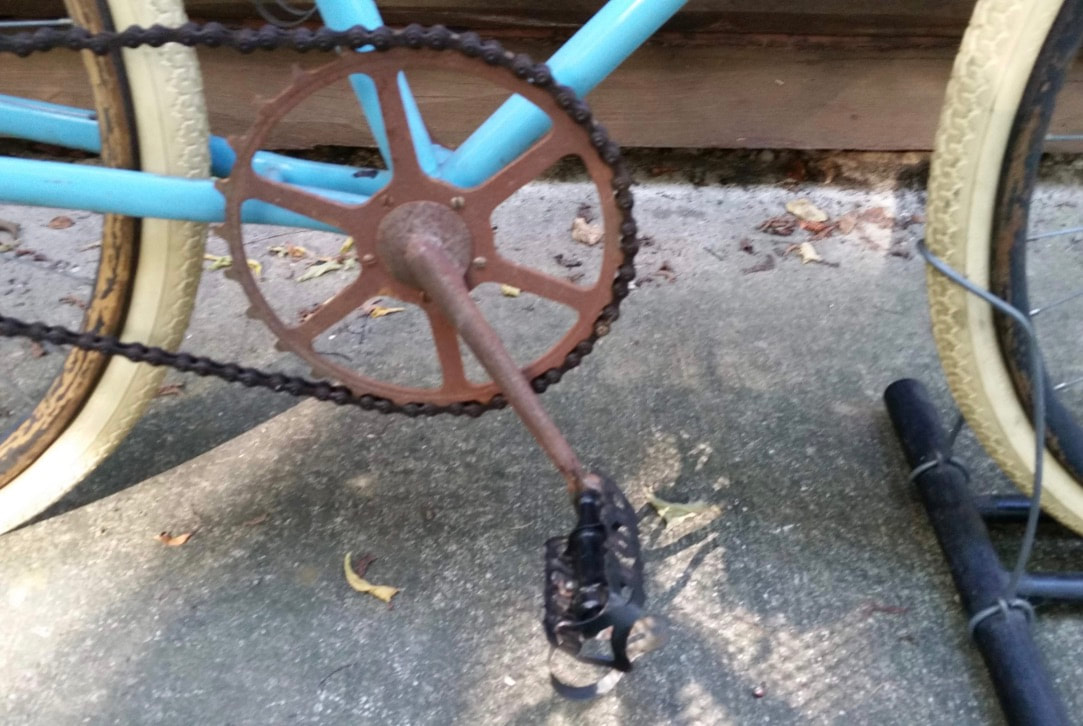 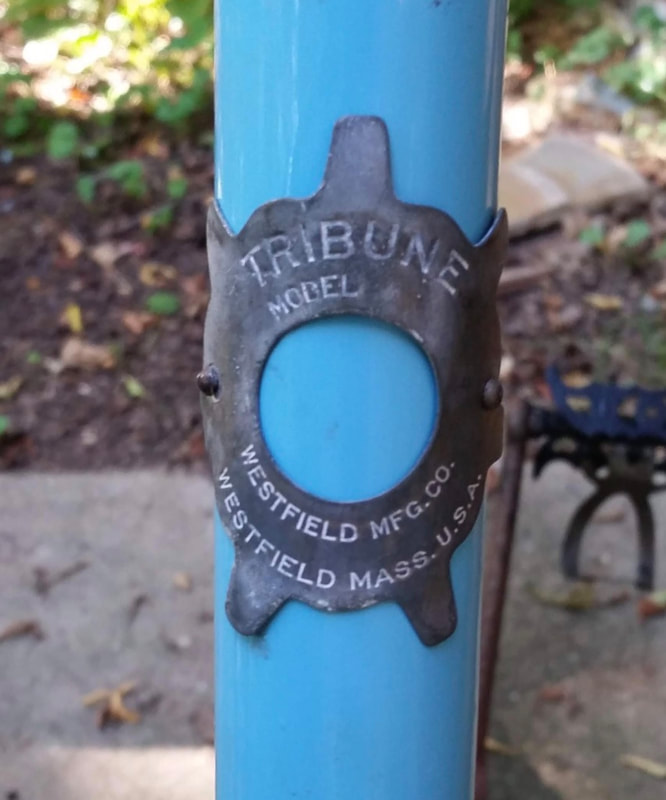 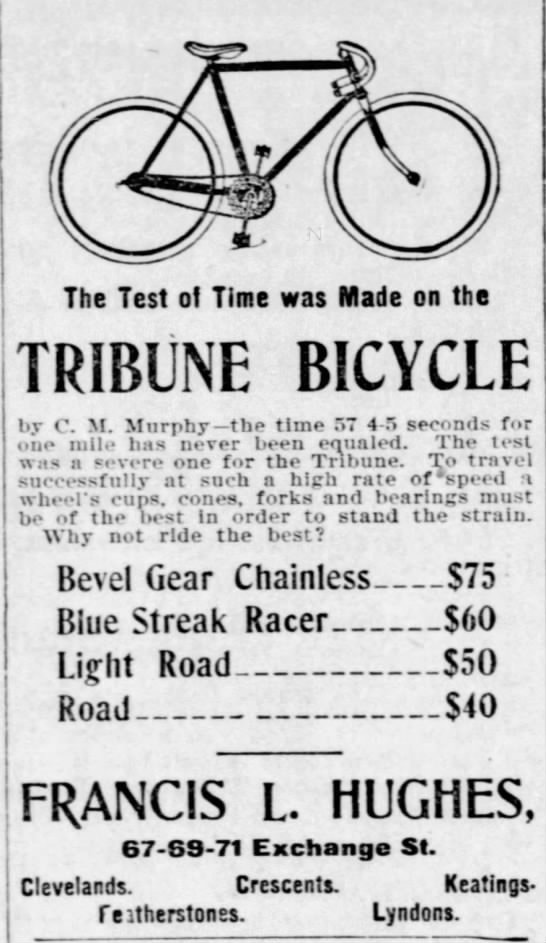 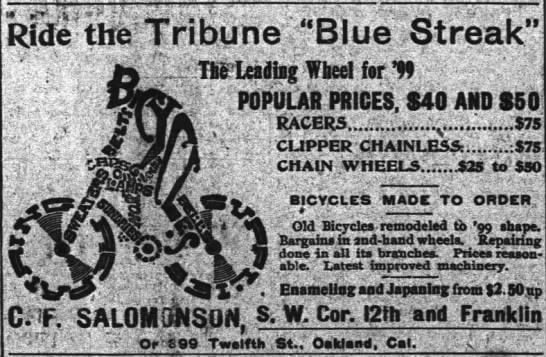 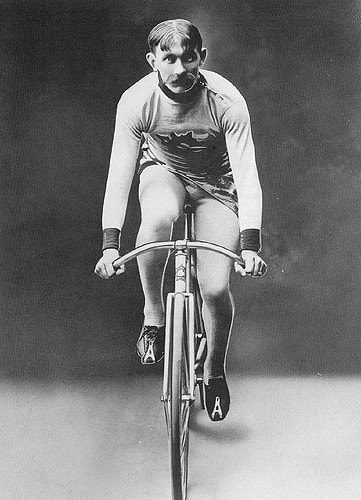 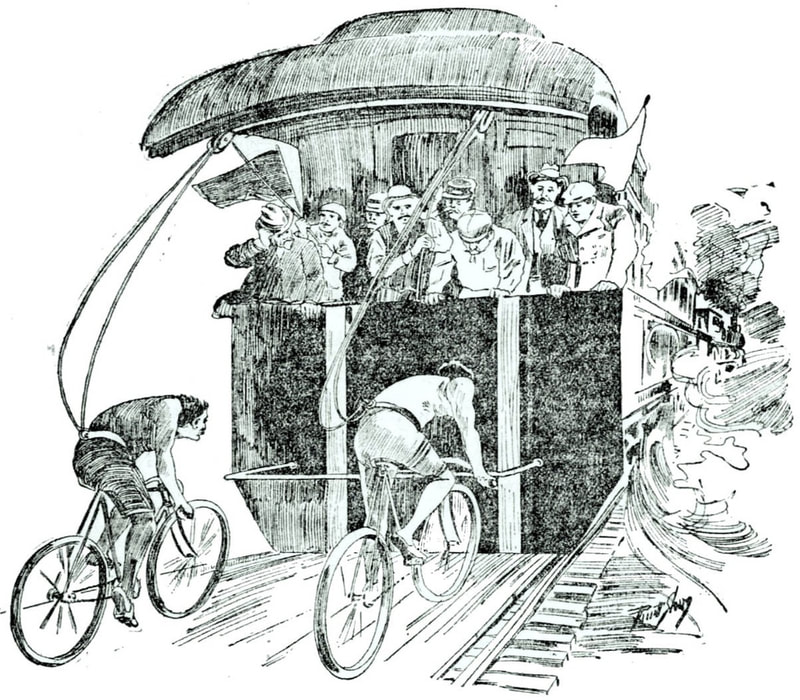 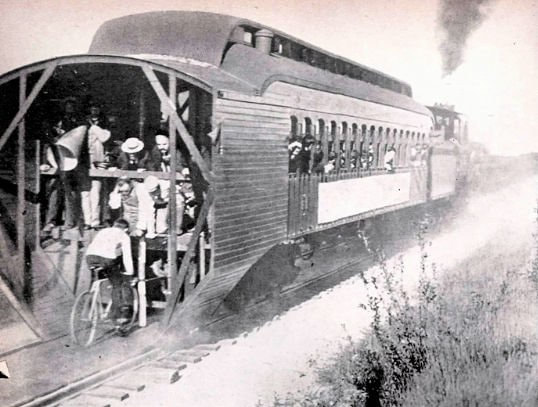 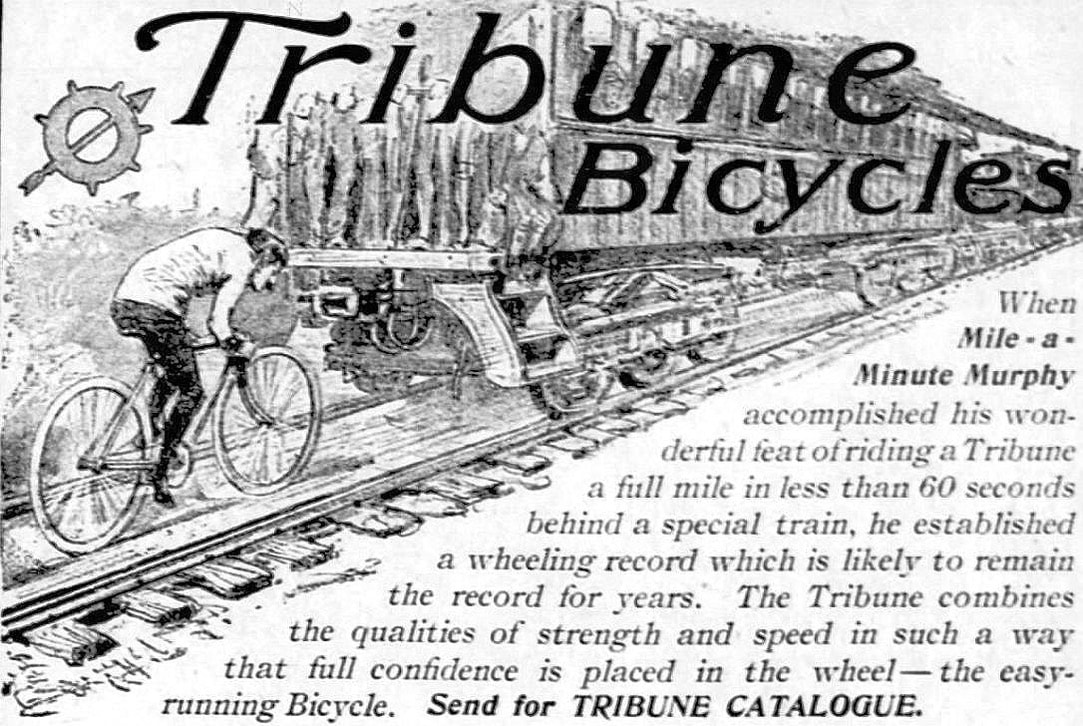 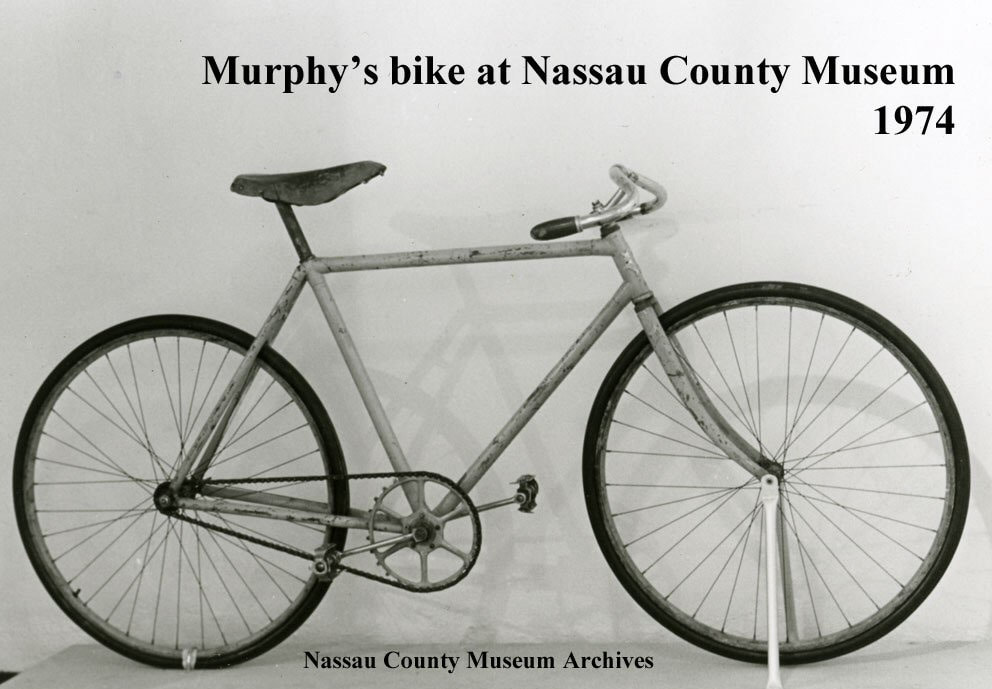 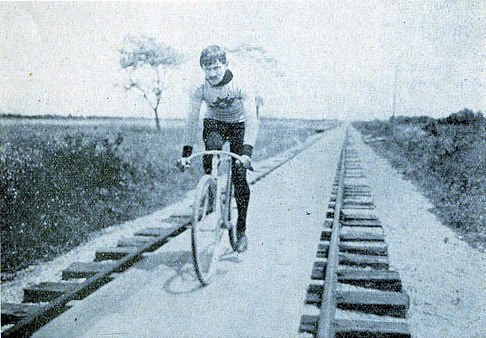 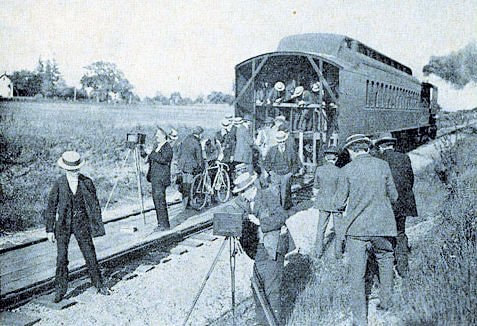 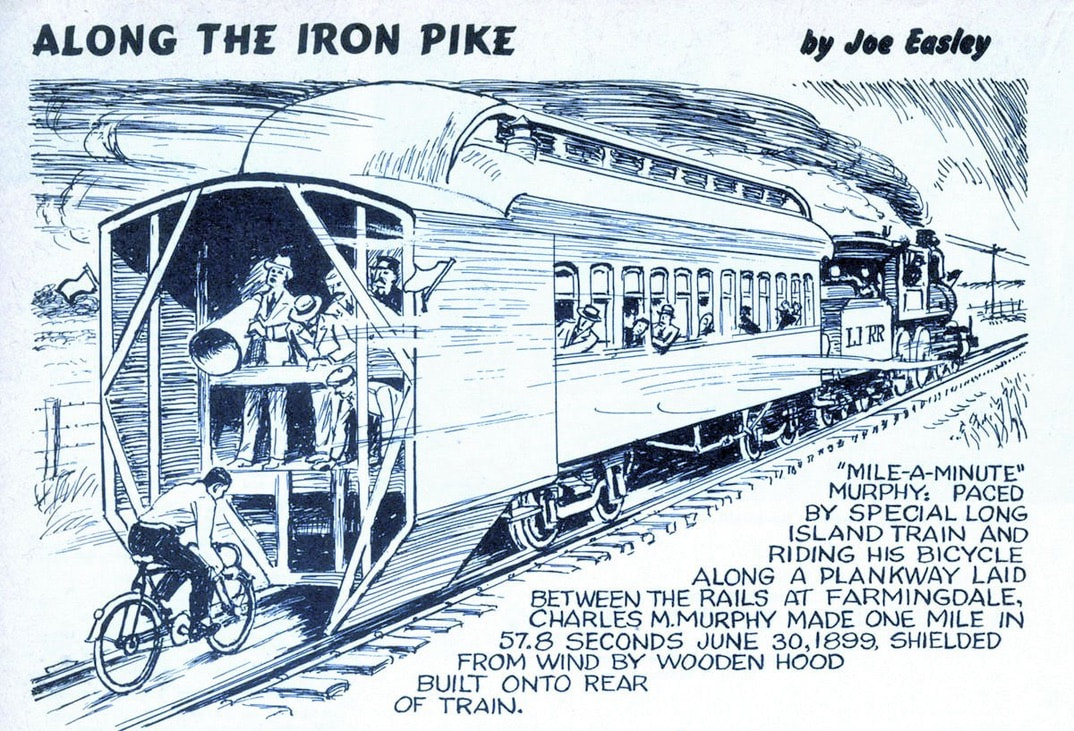 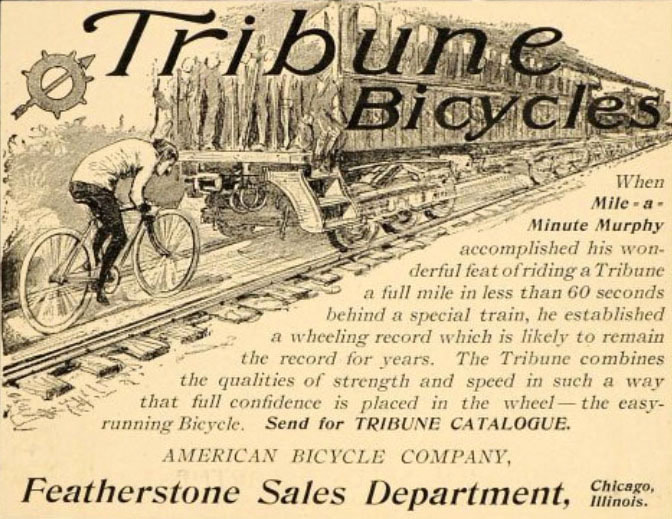 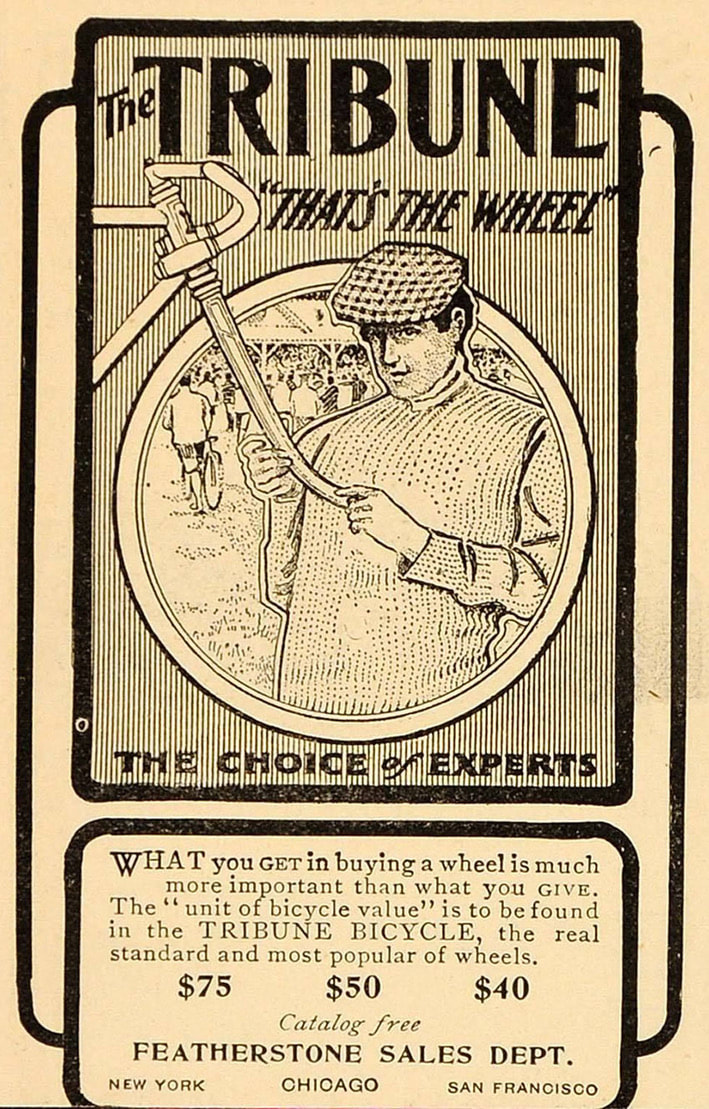