My Royal Sunbeam left Sunbeamland in Wolverhampton in 1932. Integrated into the top tube is a thumb lever (See illustration below) that operates the Villiers two speed epicyclic gear, described thusly: "(In 1903 Sunbeam introduced) the 2 speed epicyclic gear, mounted inside the front chainwheel and fully enclosed and lubricated inside the gear case...It was operated by a thumb lever to give 25 percent increase above normal speed, later increased to 30 percent. It became the best epicyclic gear to be produced and was far better than the equivalent year fitted by Sunbeam's competitors."  --www.historywebsite.co.uk

My Royal Sunbeam is currently equipped with a rather rare Powell and Hamner lamp that resembles an old box camera. There is a complete set of Sunbeam "spanners" in the original tool bag. Catalog illustrations of the "Little Oil Bath Chaincase" and the villiers epicyclic gear courtesy www.historywebsite.co.uk 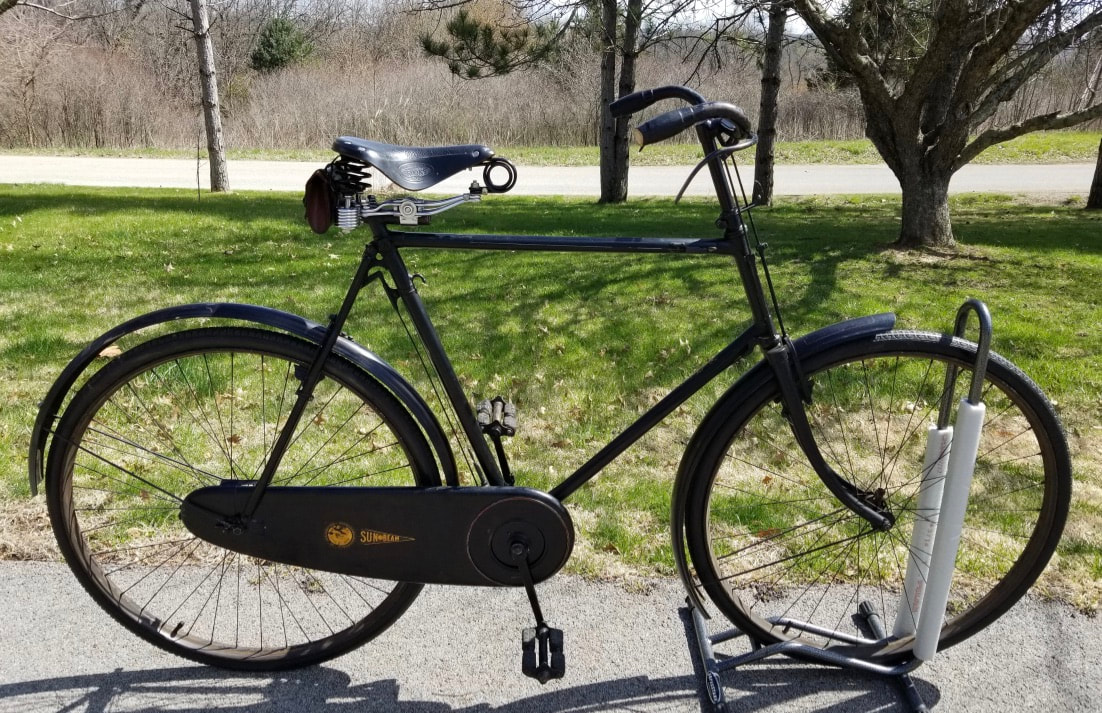 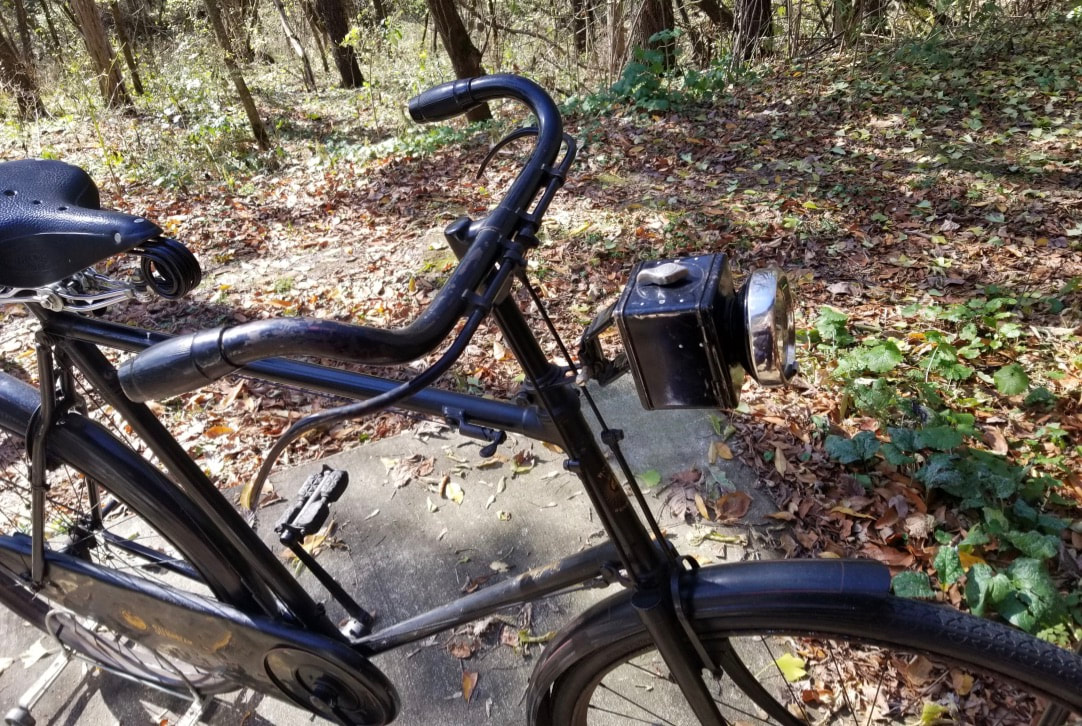 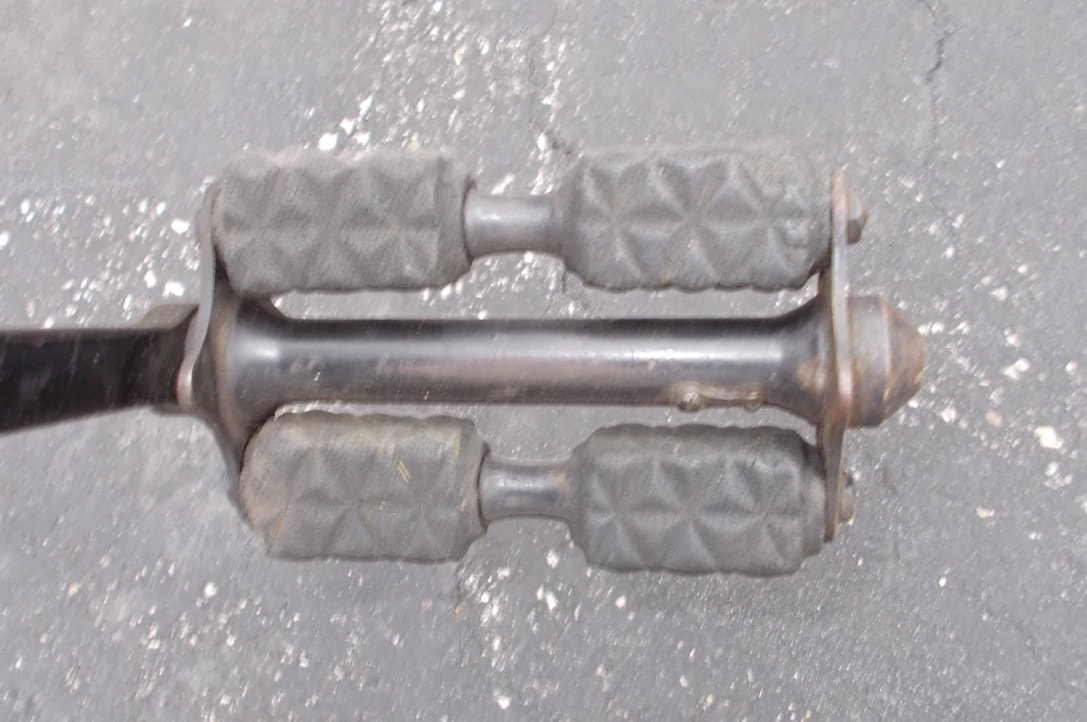 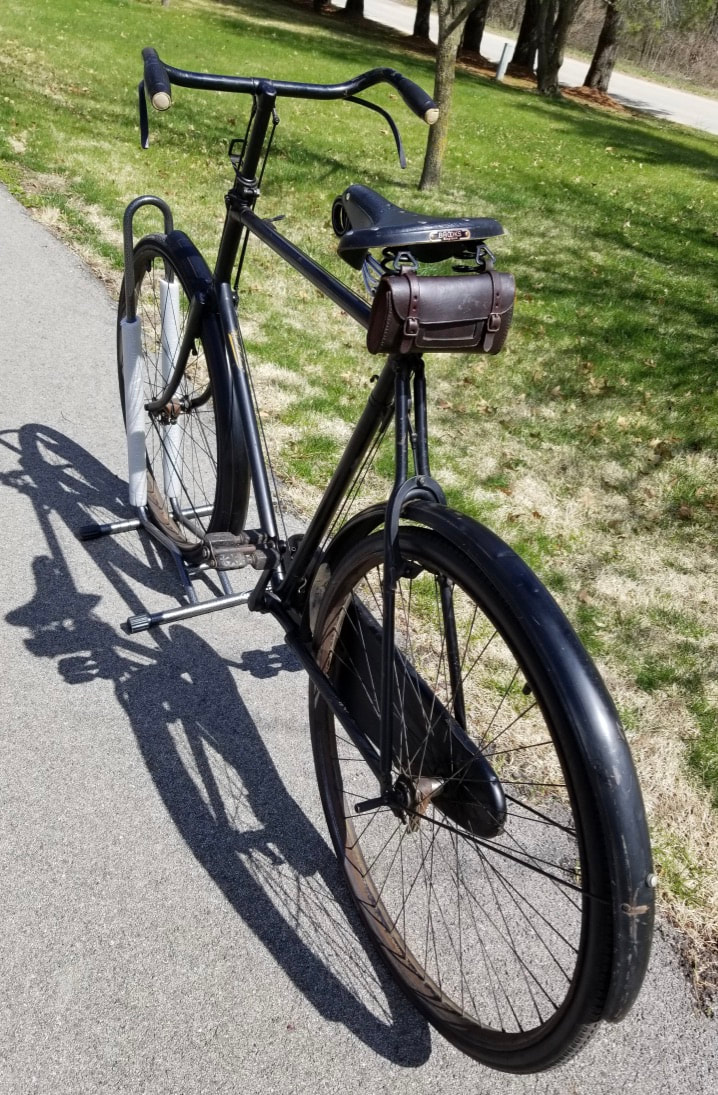 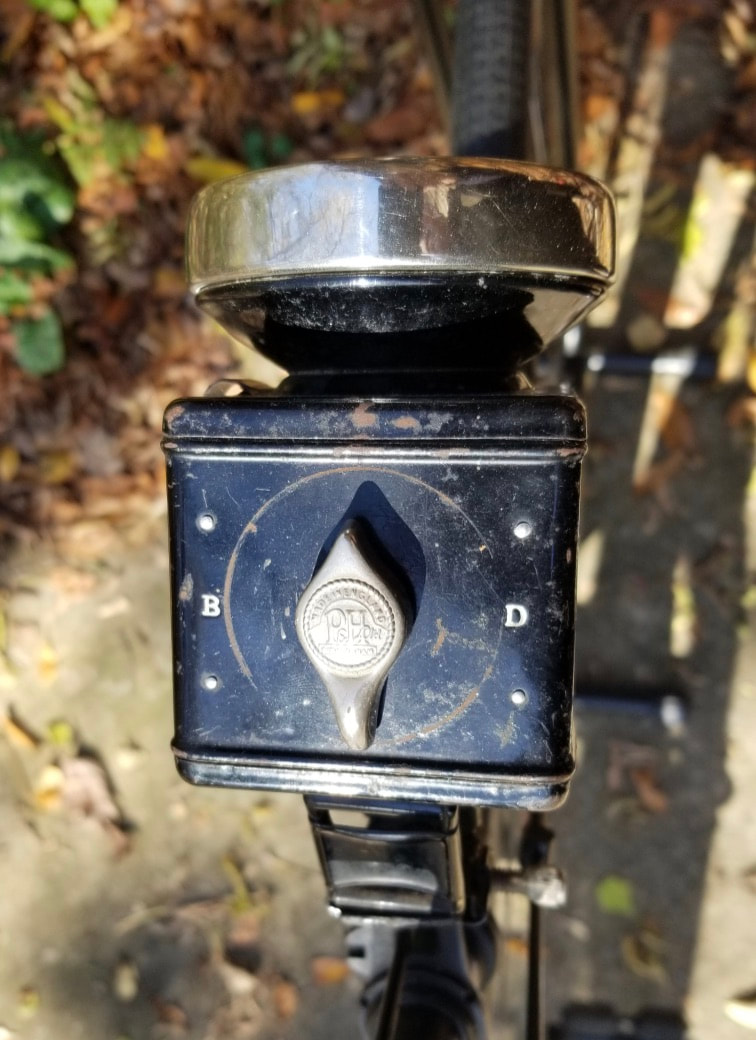 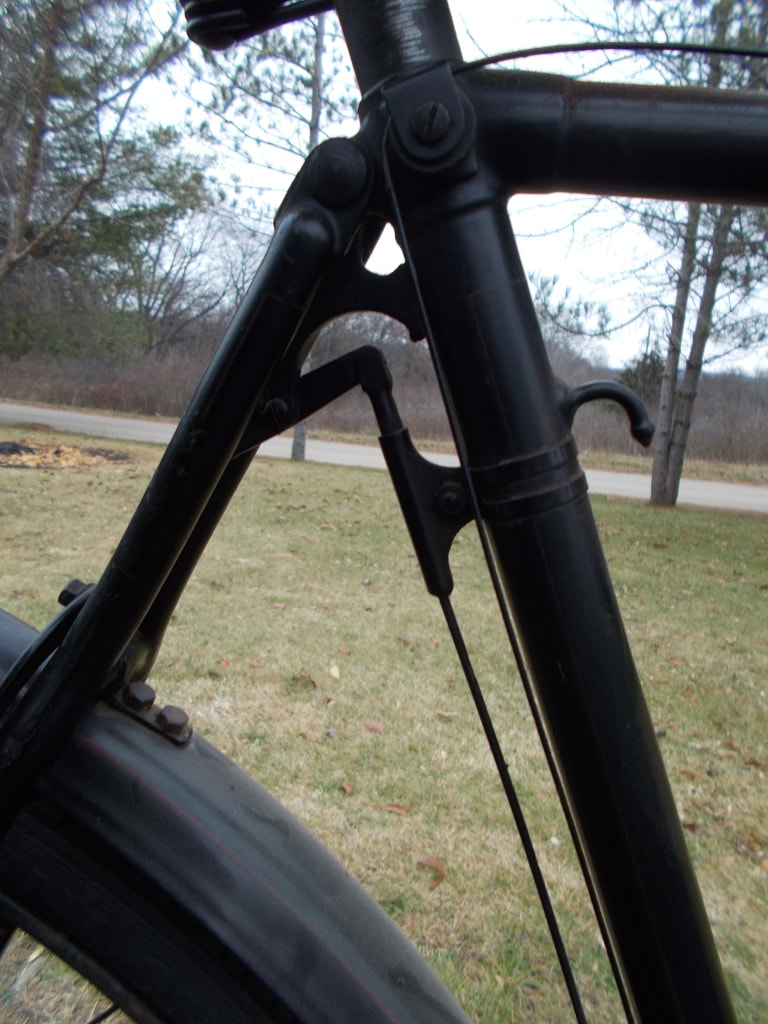 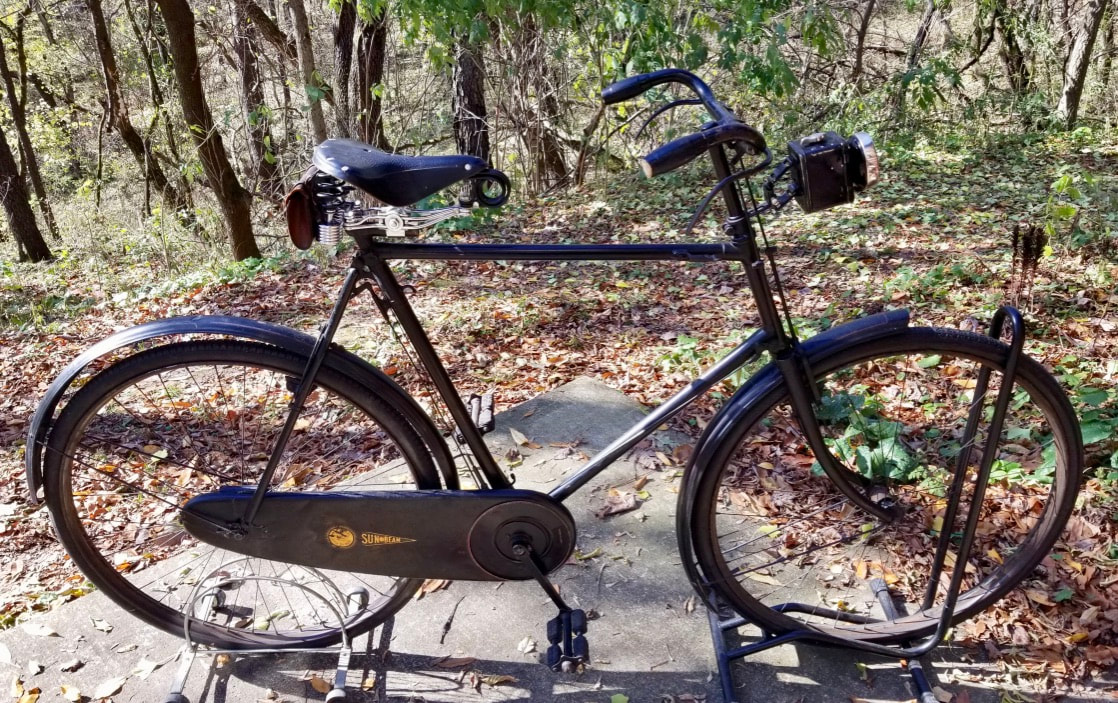 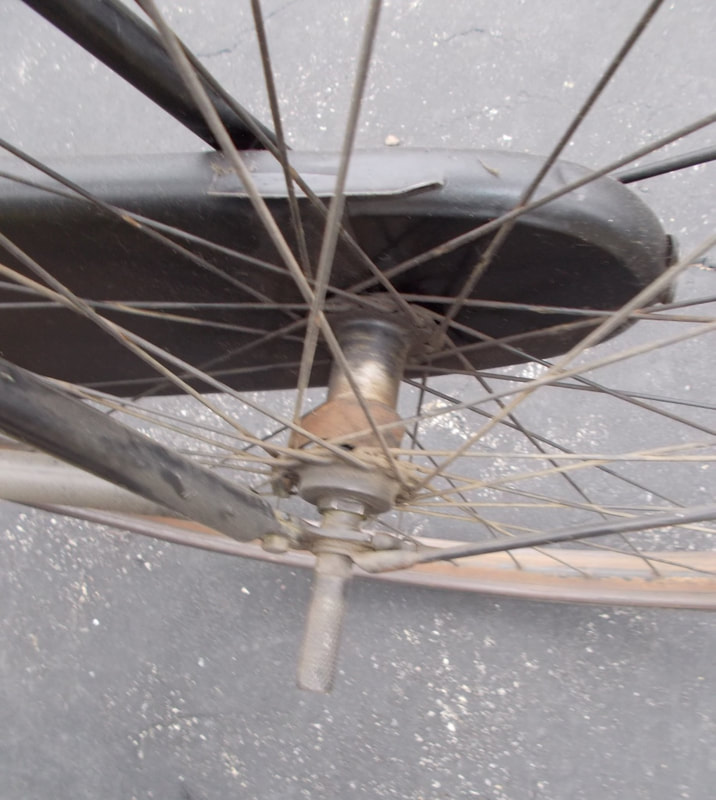 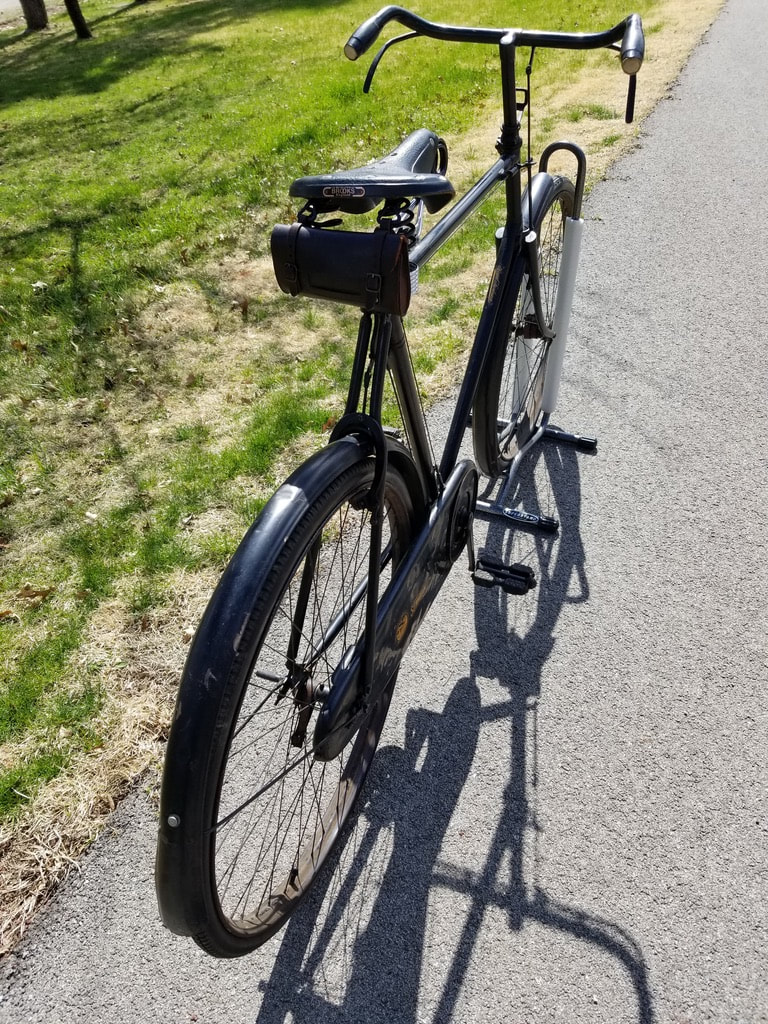 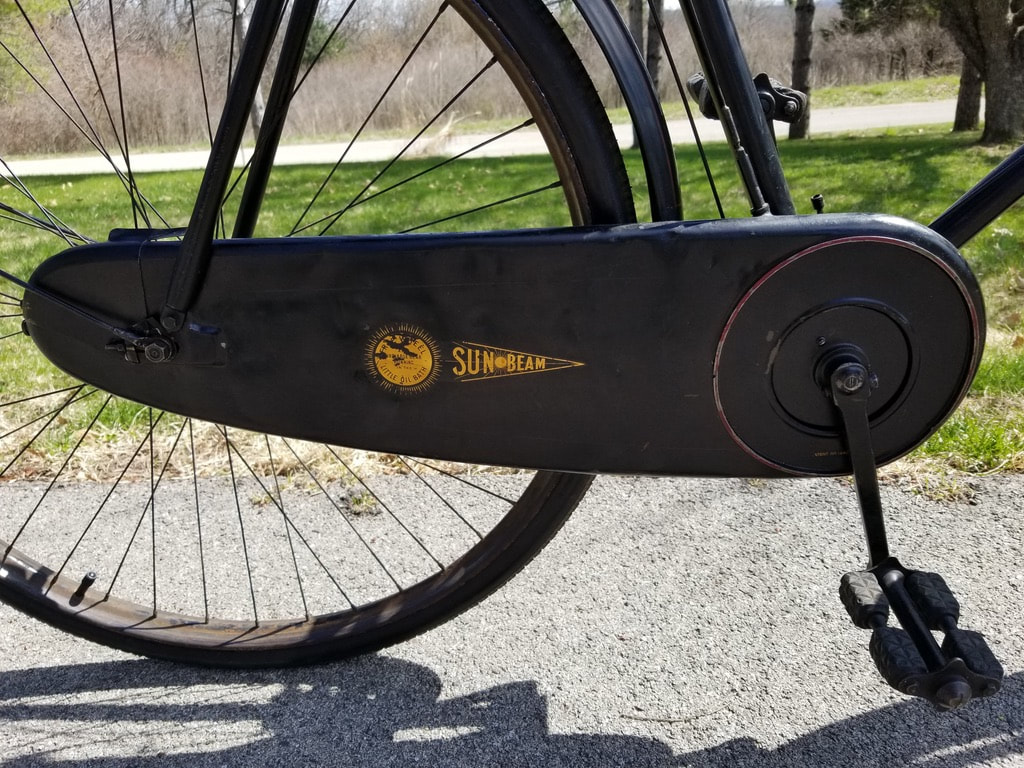 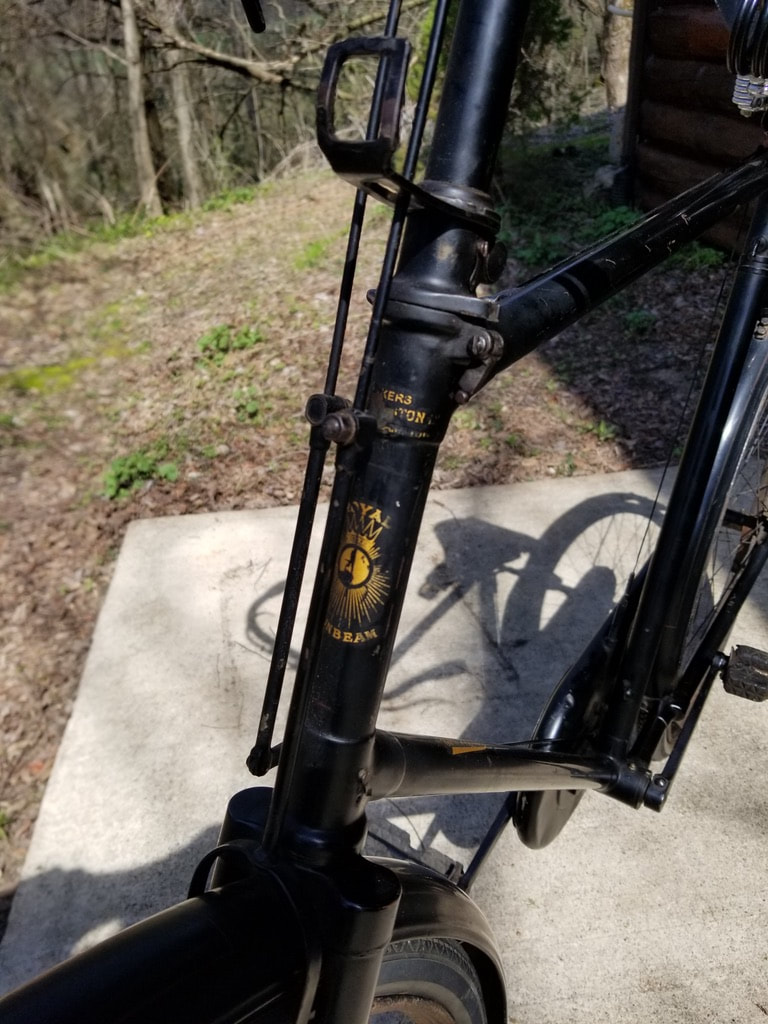 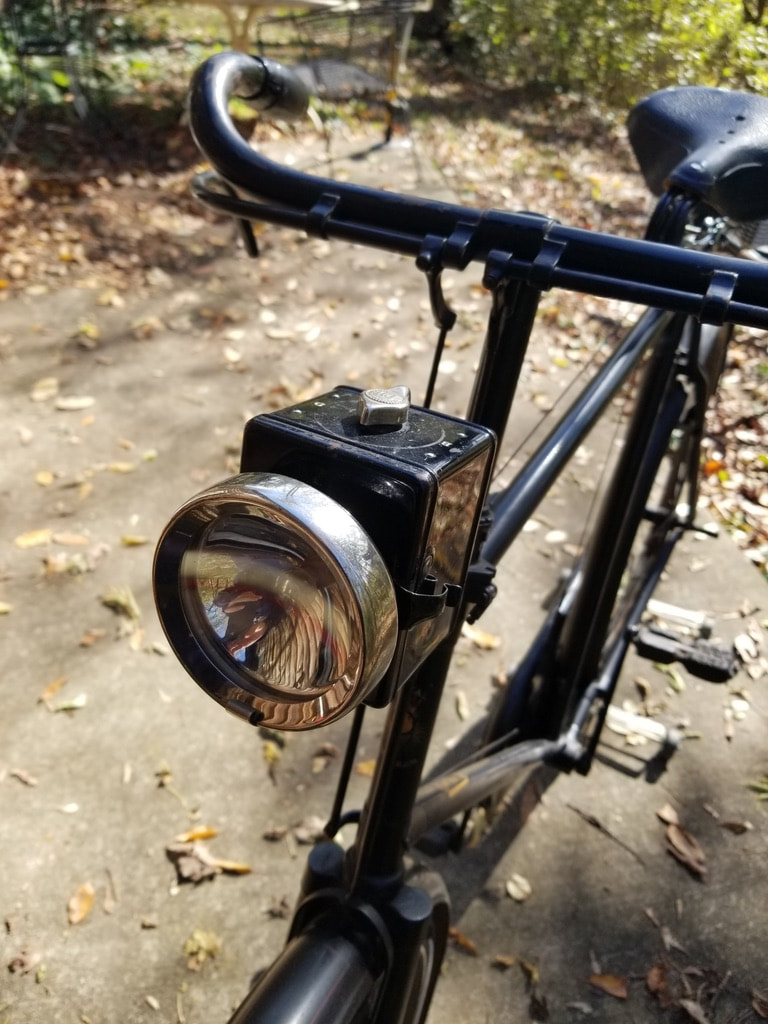 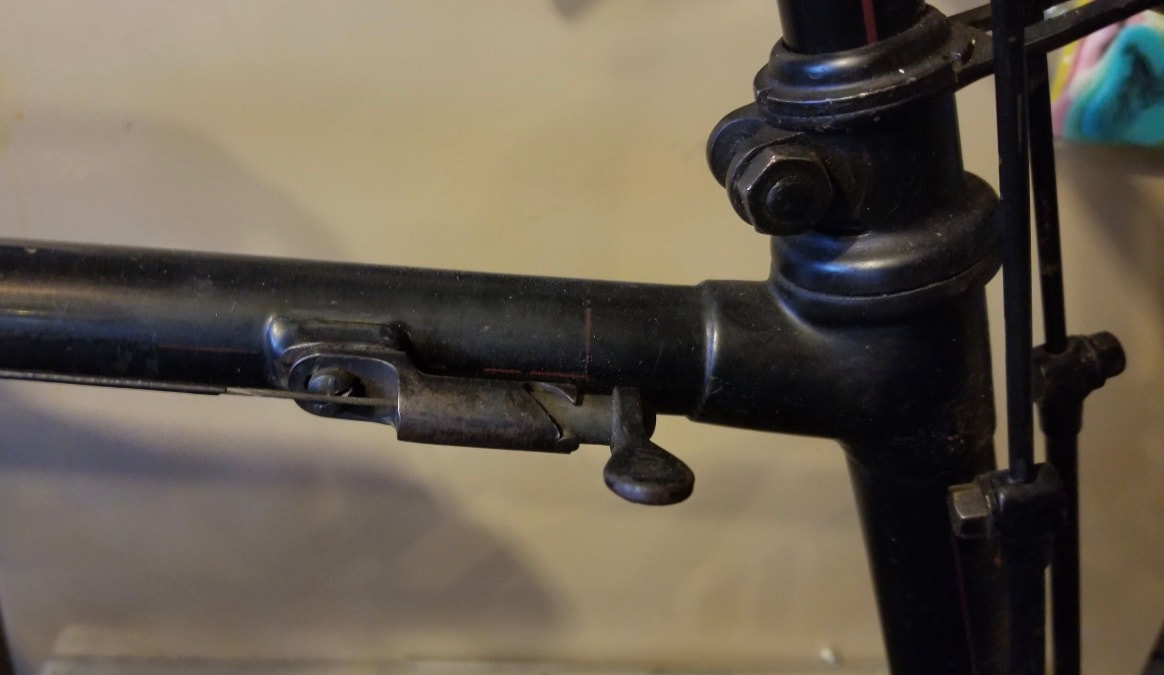 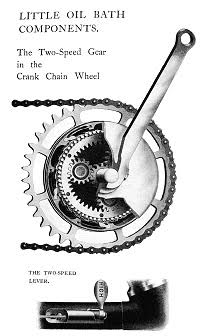 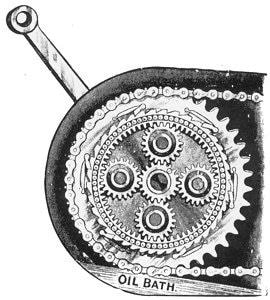 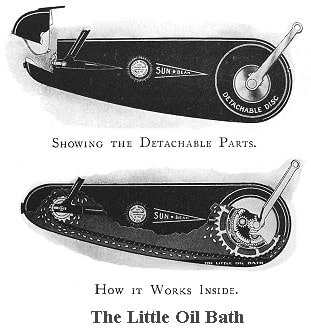