This 1893 Elliott Hickory is hands down one of the most historic bicycles in my collection. Its inventor, Sterling Elliott, was an unqualified genius whose many patents (104 in all) contributed not only to the bicycle industry in its formative years, but led directly to the technology that makes the modern automobile possible.

Sterling Elliott's boundless curiosity and willingness to experiment (Thomas Edison called him a genius) has a profound influence on the evolution of the bicycle. In the early days of the bicycle, "riding academies" were constructed in order to teach people how to ride the exotic new machines. Elliott built a large hall for this purpose, as well as a quadricycle for his wife. The next time you turn your automobile steering wheel you may thank Elliott for his invention of the tie-rod mechanism that evolved from this quadricycle.
The Stanley brothers lived across the street from the Elliott family, and patterned their Stanley Steamer after Mrs. Elliott's machine!

My Elliott Hickory is a full-nickel bicycle, completely original save for the reproduction head badge. (Cursed be he who steals a head badge from such a rare, historic machine!) The first thing one notices, of course, are the wagon-like hickory (or ash) wheels. I remember a biting criticism from a rival of a former U.S. president who hailed from the state of Arkansas: "There is no Arkansas hickory in the man," he said. The message was clear: politicians bend in the wind, but hickory, which is a very hard, stiff, dense and shock resistant wood, does not. The perfect name for a bicycle that is built to last a lifetime.

The U.S. Forest Service tells us that "There are some woods that are stronger than hickory and some that are harder, but the combination of strength, toughness, hardness and stiffness found in hickory is not found in any other commercial wood."  Cannonballs would literally bounce off the hickory sides of the early war ships! It should come as no surprise, then, that early in the development of the bicycle wheel, hickory was considered a viable option. (Note: The Hickory Company advertisement below mentions wood wheels made of ash, leading me to believe both hickory and ash were fitted to the Hickory wheel).

I assign my Hickory to 1893, but this date is subject to revision. The wooden wheels with their thick spokes and large barrel hubs make this Hickory seem "retro," even for 1893! Note the left-side drivetrain, the original Hickory saddle, the quality of the bolt-in pedals.

On a personal note, I respect Sterling Elliott as much for his values as I do his intelligence. As an early champion of women, defender of African-American cyclists like Major Taylor, and for his tireless efforts to legislate for good roads in America, Elliott deserves recognition as a genuine American hero. Visit the Elliott Museum's Stuart, Florida website for additional background material: https://hsmc-fl.com/elliott-museum/.

Thanks to Chris Hall for giving me the privilege of caring for this Elliott Hickory for a few years. 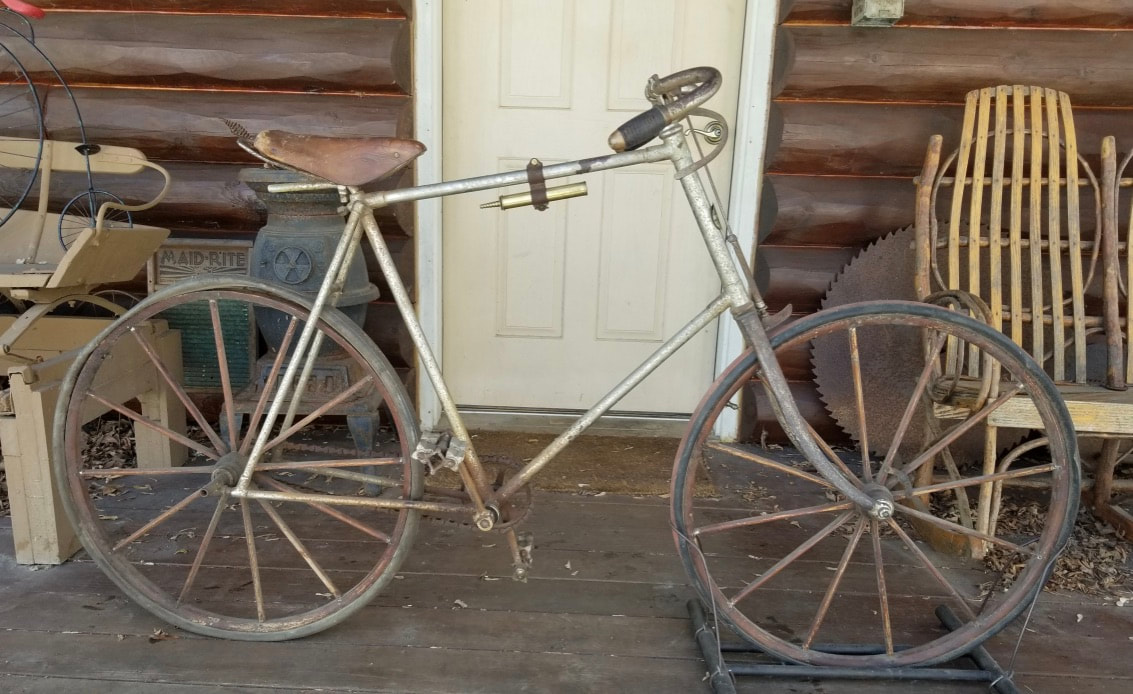 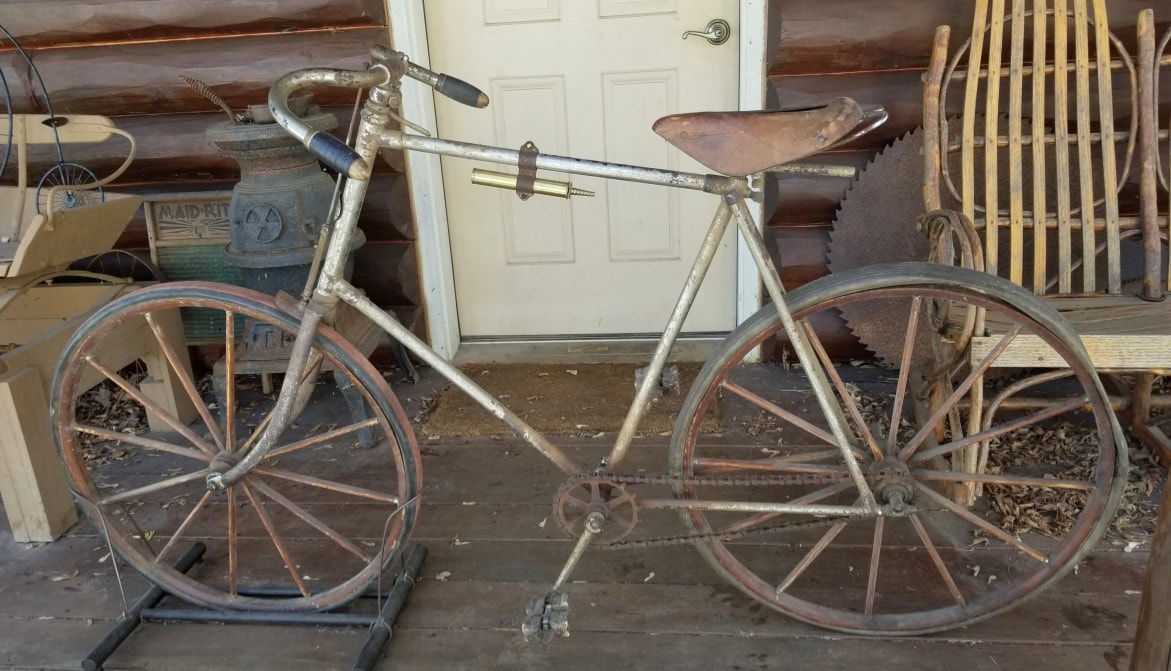 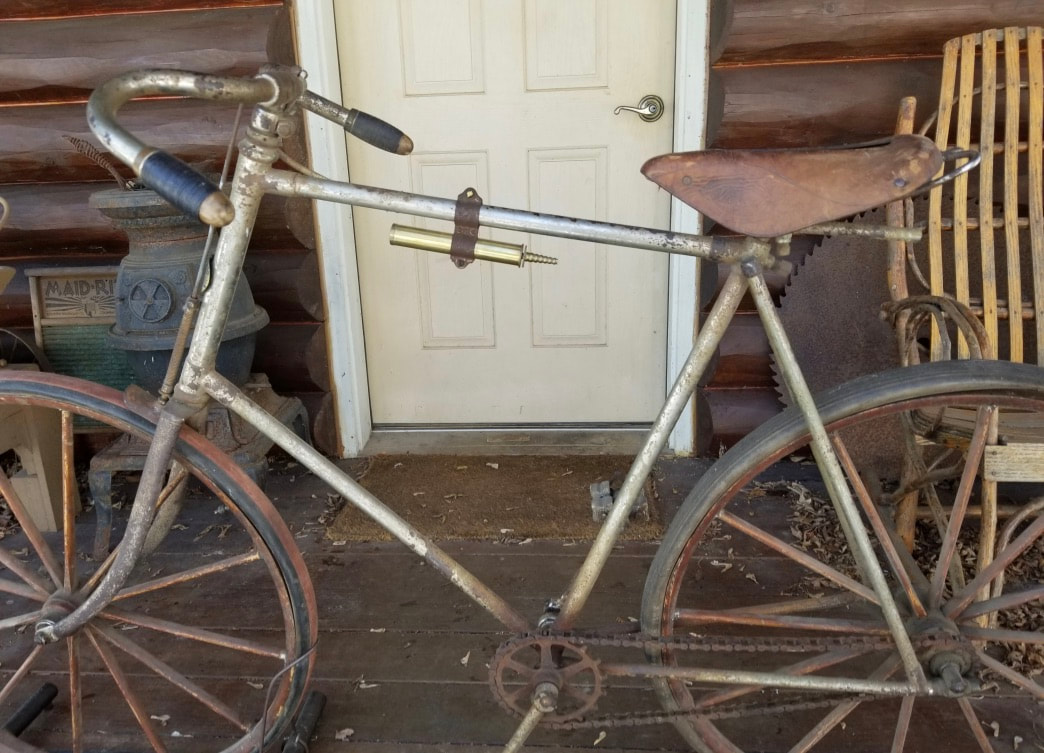 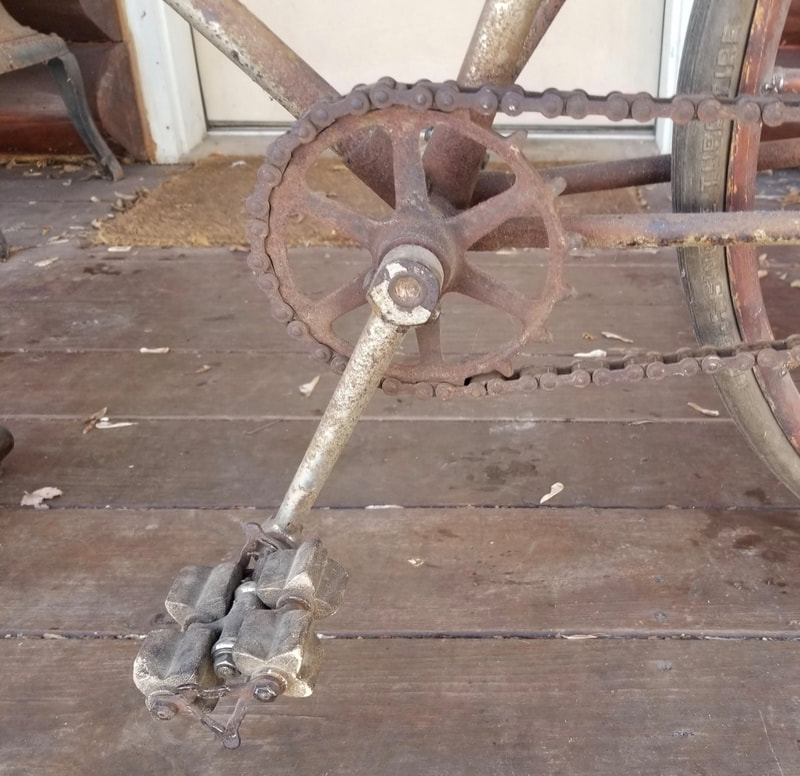 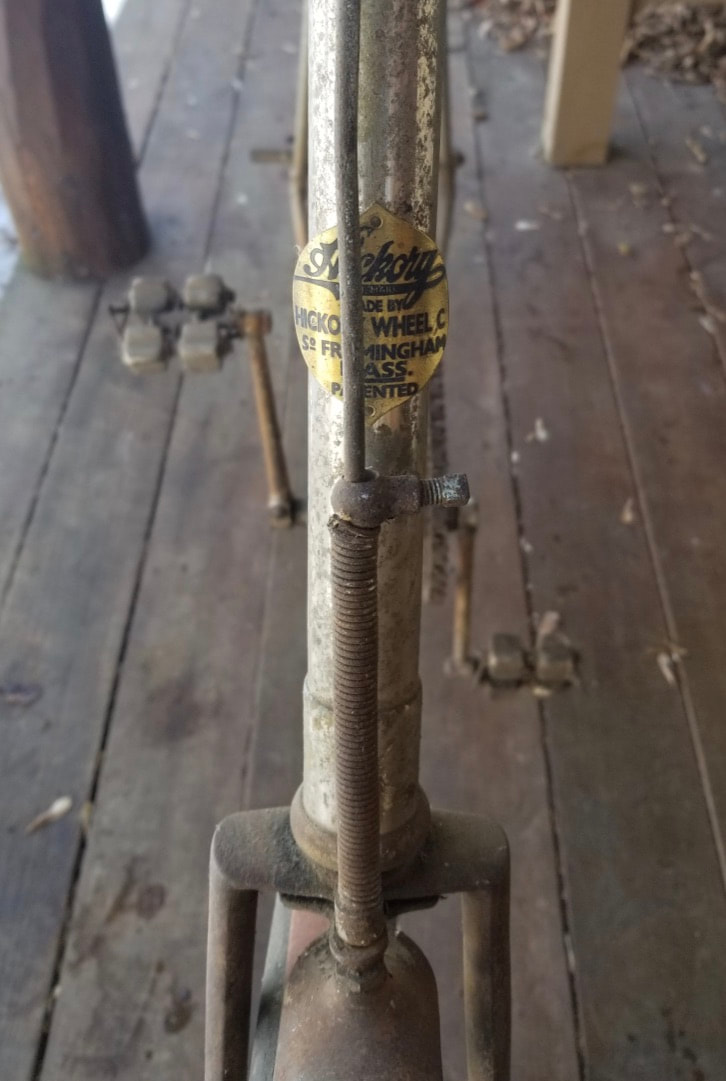 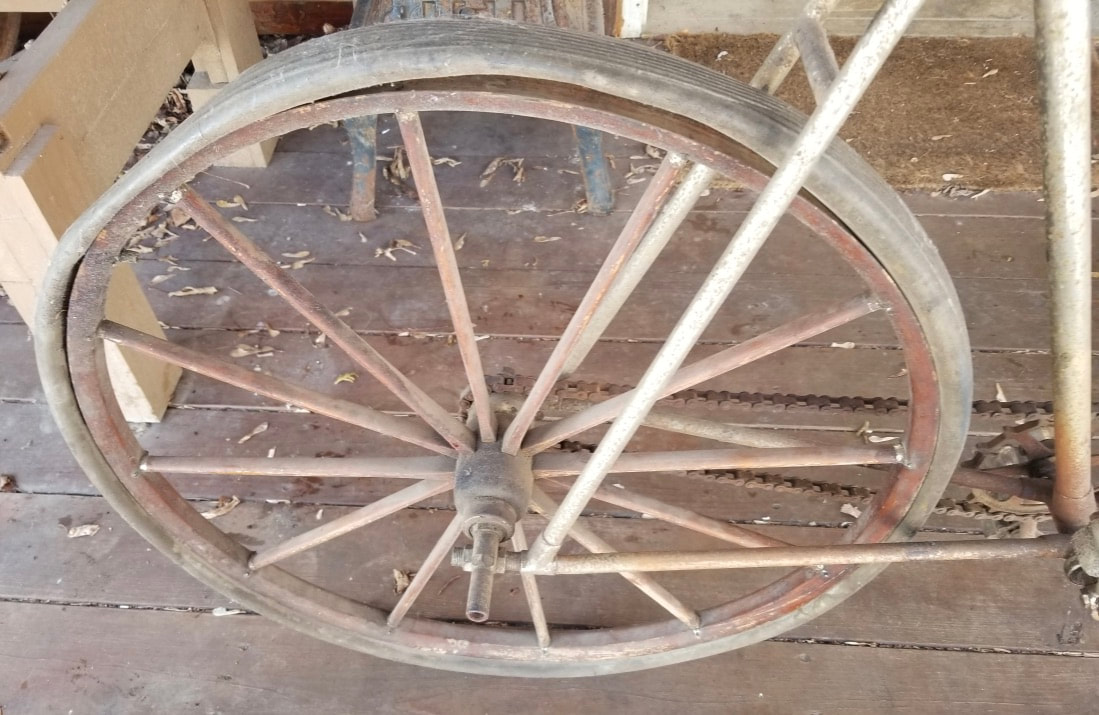 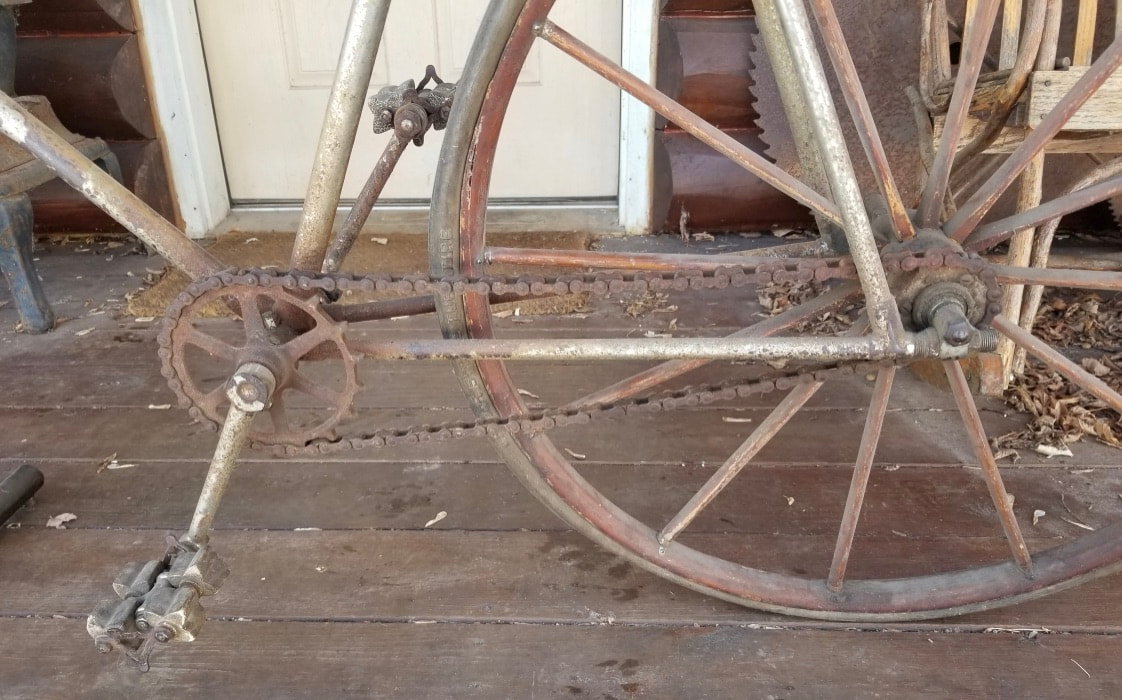 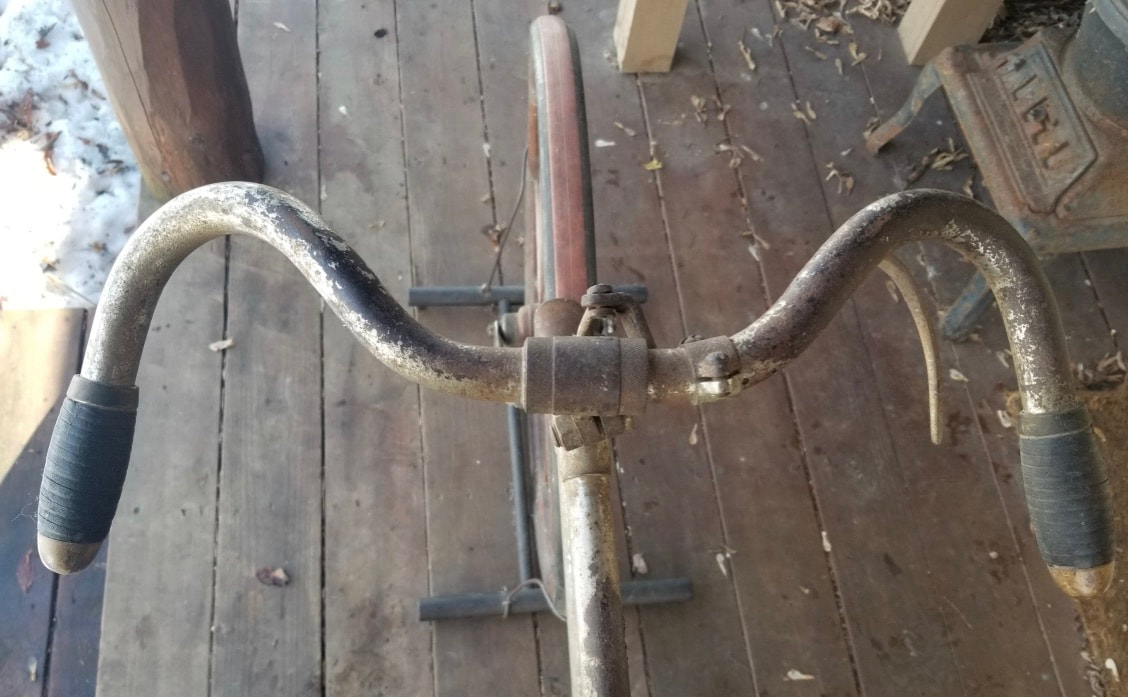 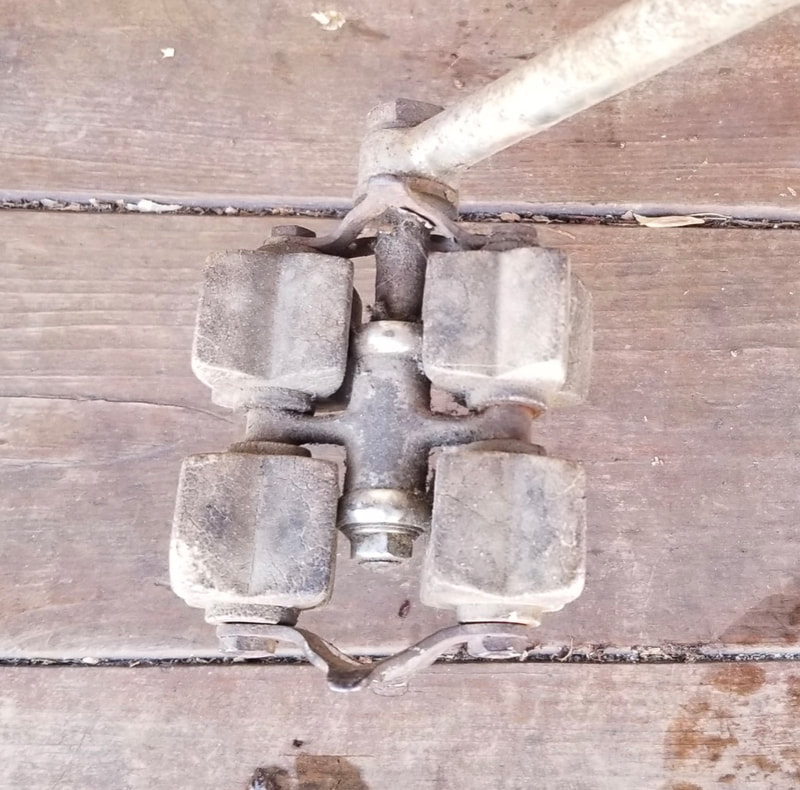 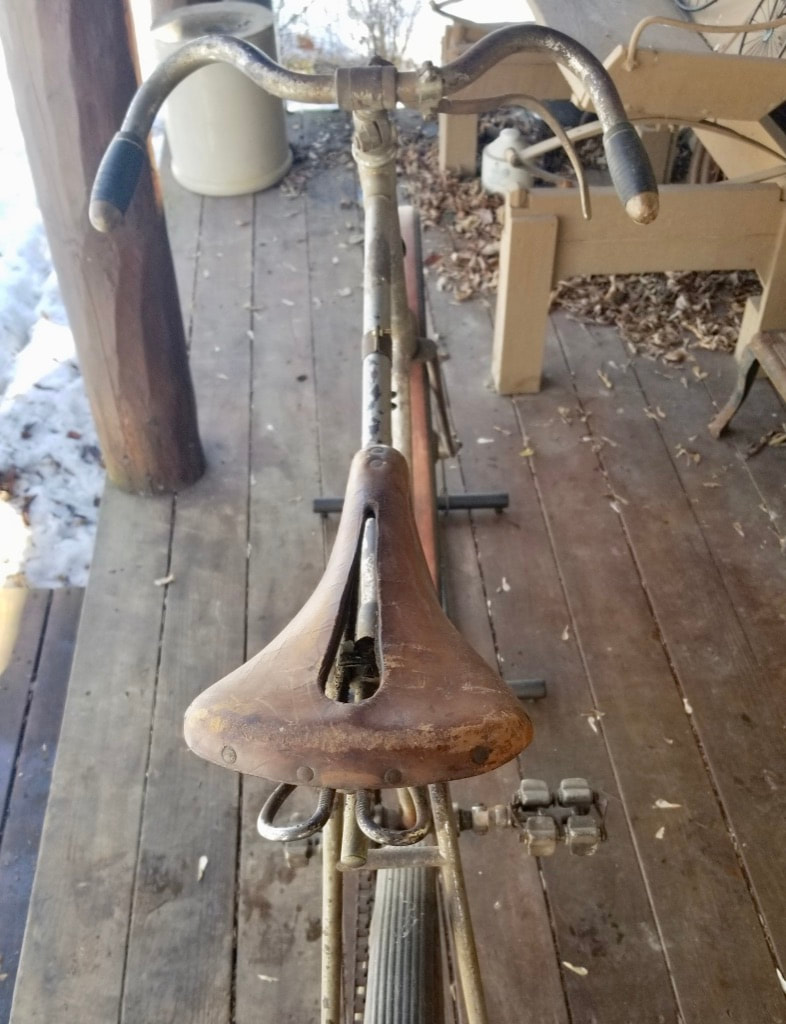 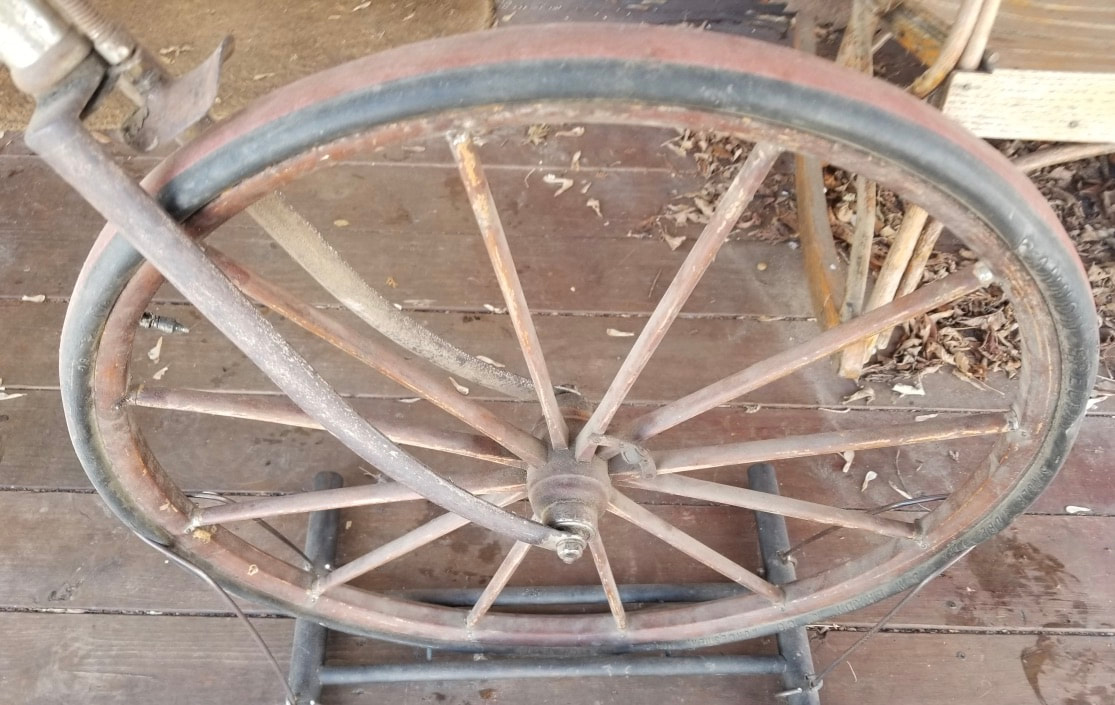 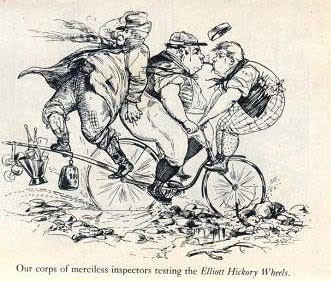 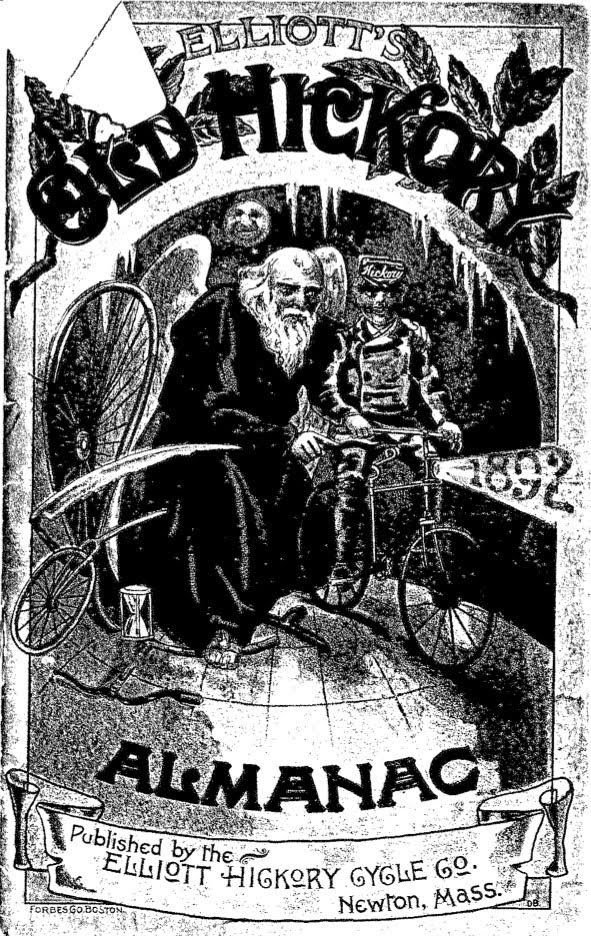 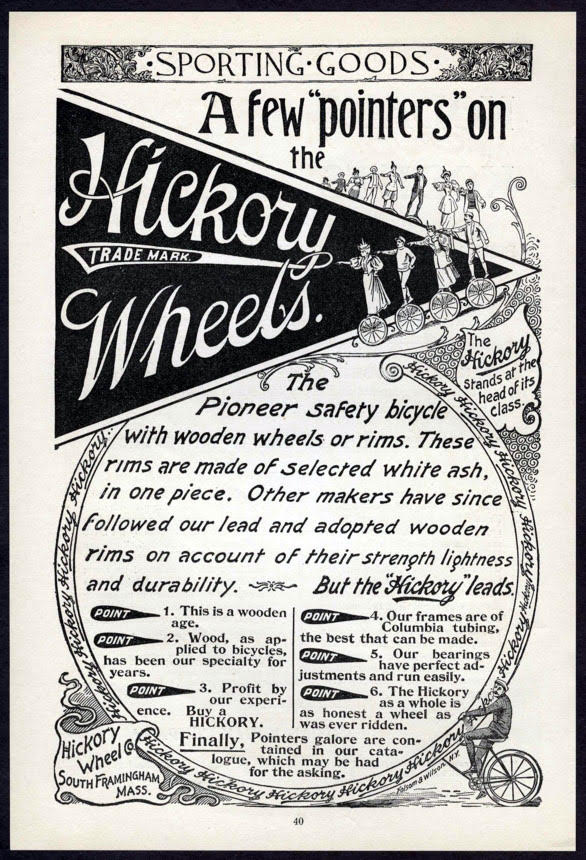 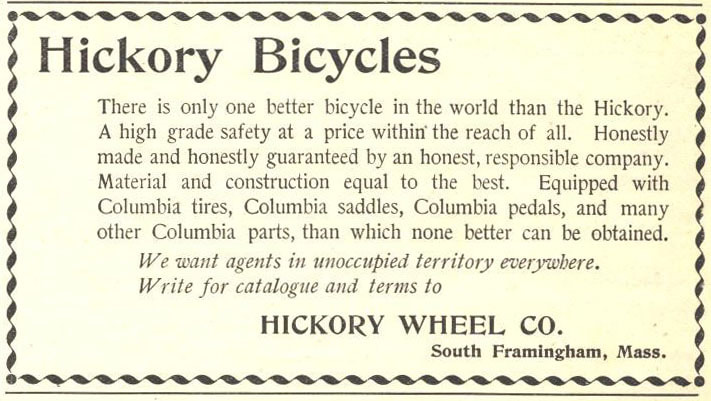 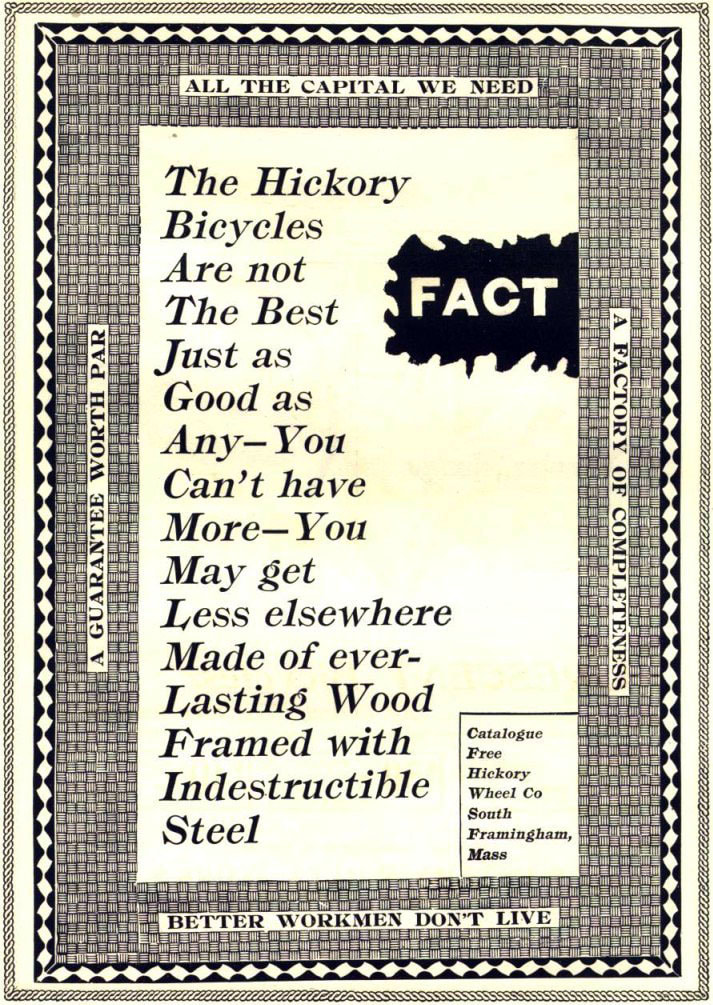 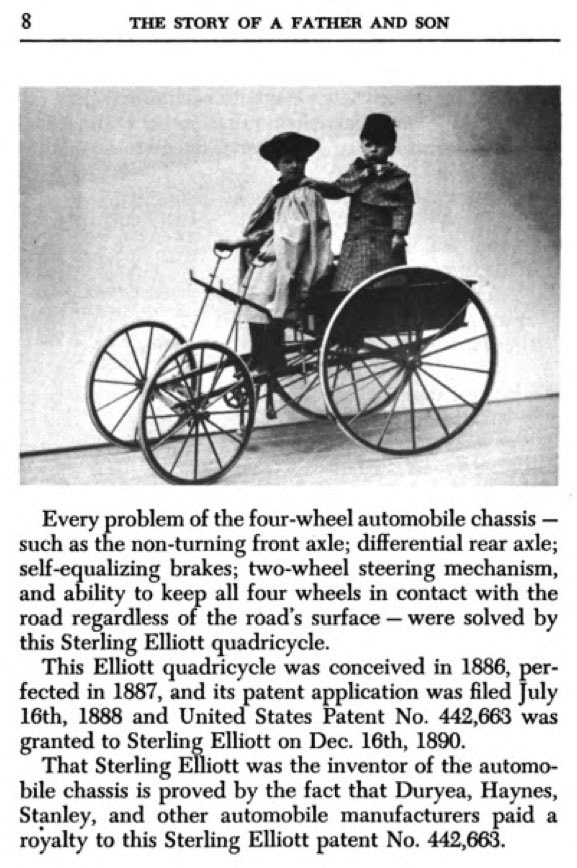 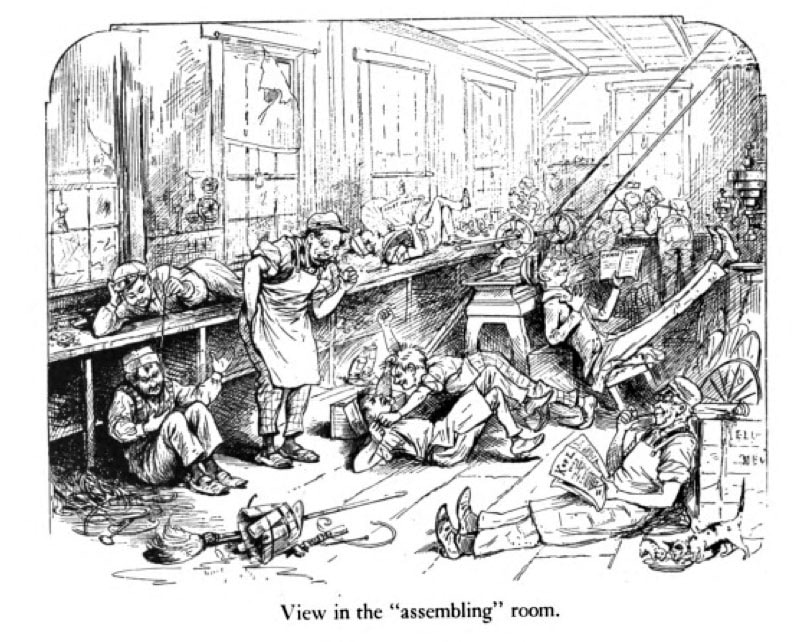 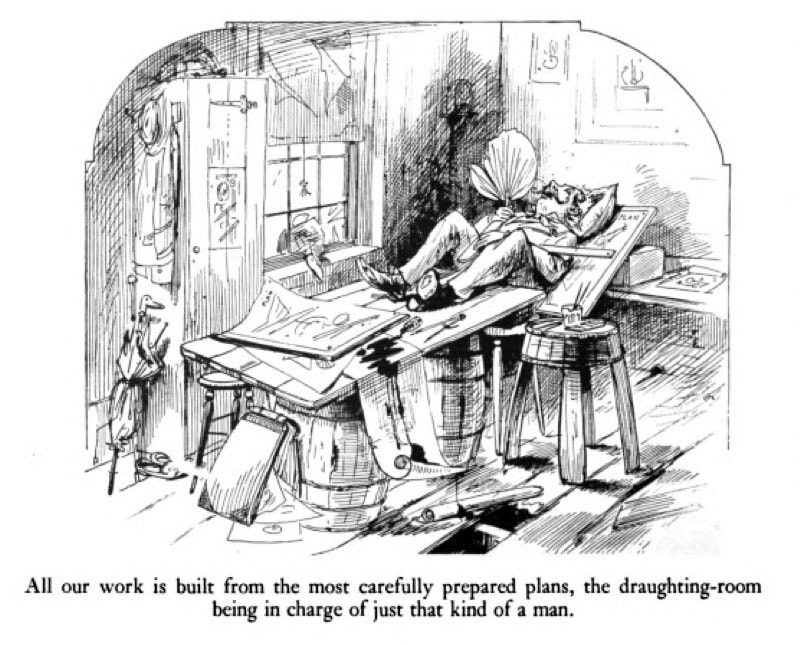