He earned the title Il Campionissimo ("Champion of Champions"). He was the indisputable dominant international cyclist in the years following World War Two, excelling in climbing, time trialing, and sprinting. His name is Fausto Coppi, and if ever the phrase "larger than life" applies to an athlete, it is a fitting description of Il Campionissimo.

The five time winner of the Giro d'Italia, two time winner of the Tour de France, world champion in 1953, was a secular protagonist to the deeply religious Gino Bartali. The rivalry between Coppi and Bartali is the stuff of legend. Writer Curzio Malaparte says, "Bartali belongs to those who believe in tradition...he is a metaphysical man protected by the saints. Coppi has nobody in heaven to take care of him. His manager, his masseur, have no wings. He is alone, alone on a bicycle...Bartali prays while he is pedalling; the rational Cartesian and sceptical Coppi is filled with doubts, believes only in his own body, his motor."

In 1999 Coppi placed second in balloting for greatest Italian athlete of the 20th Century.

Reader, who do you think is the greatest cyclist of all time, Coppi or Merckx? Before you make your decision, I urge you to read about the personal lives of these two cyclists, and the times in which they lived and raced; for greatness cannot be reduced to a set of facts and figures.

About the Coppi bicycle pictured below: In the late 1950s, as Coppi neared the end of his career, he wanted to produce a line of bicycles bearing his name. He signed a contract with Fiorelli. The first Coppi bikes were identical to Fiorelli's own design, save for finishing and branding. This Coppi is the desirable early model, with the Coppi "coins" in the fork crown. I found the frame in Germany, and friend Charlie Dixon built the bike with period correct components. Note the "drillium" brake levers and the first generation Campagnolo crankset.

Did I tell you that America's own Ted Ernst raced Fausto Coppi in 1959, in Germany, in the latter days of Il Campionissimo's career? He did.
(I asked Ted if he remembered the bikes ridden in his 1959 race with Coppi. He answered, "I was riding a silver Coppi Fiorelli for awhile. I think Coppi's bike was blue.") 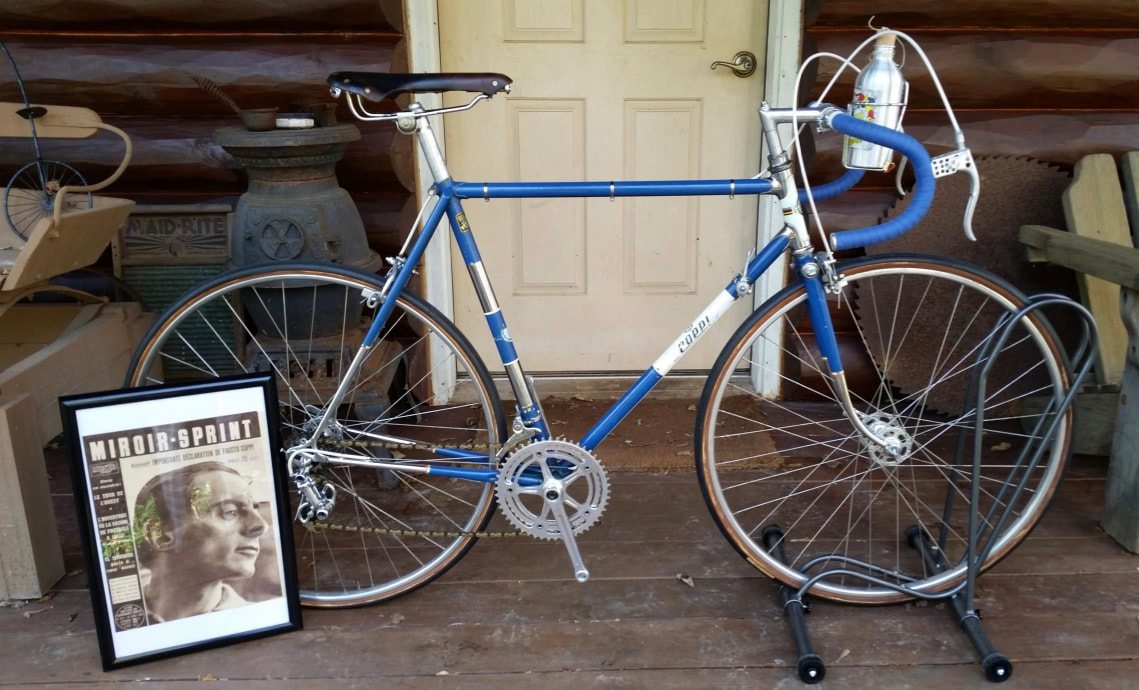 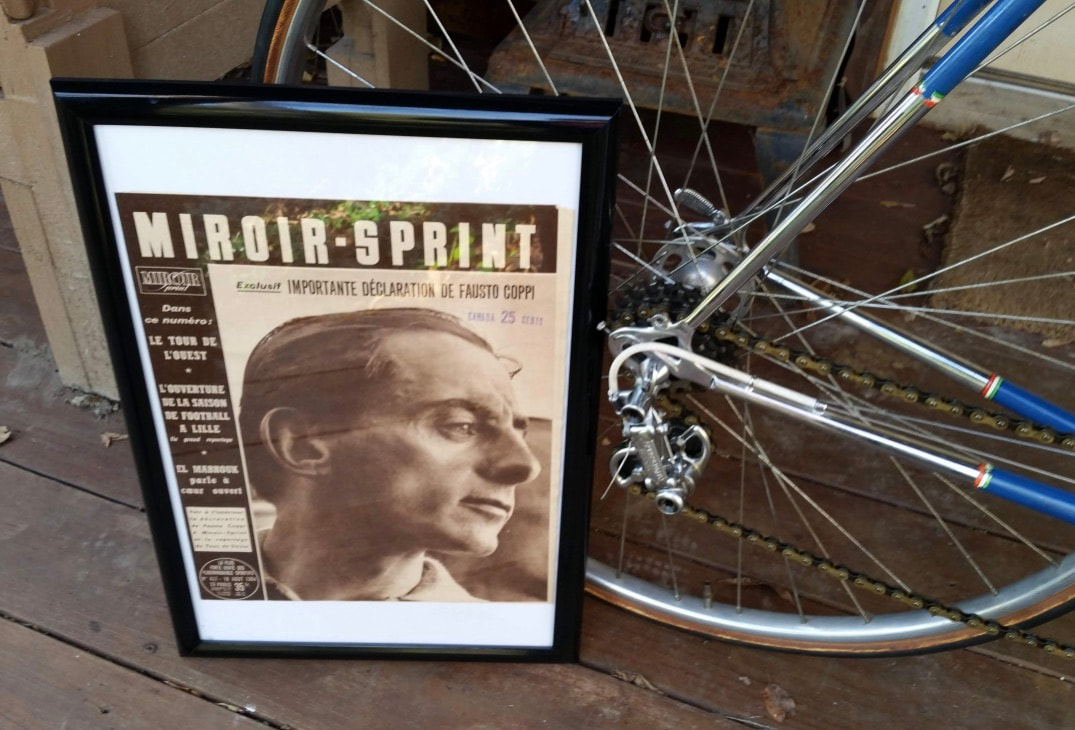 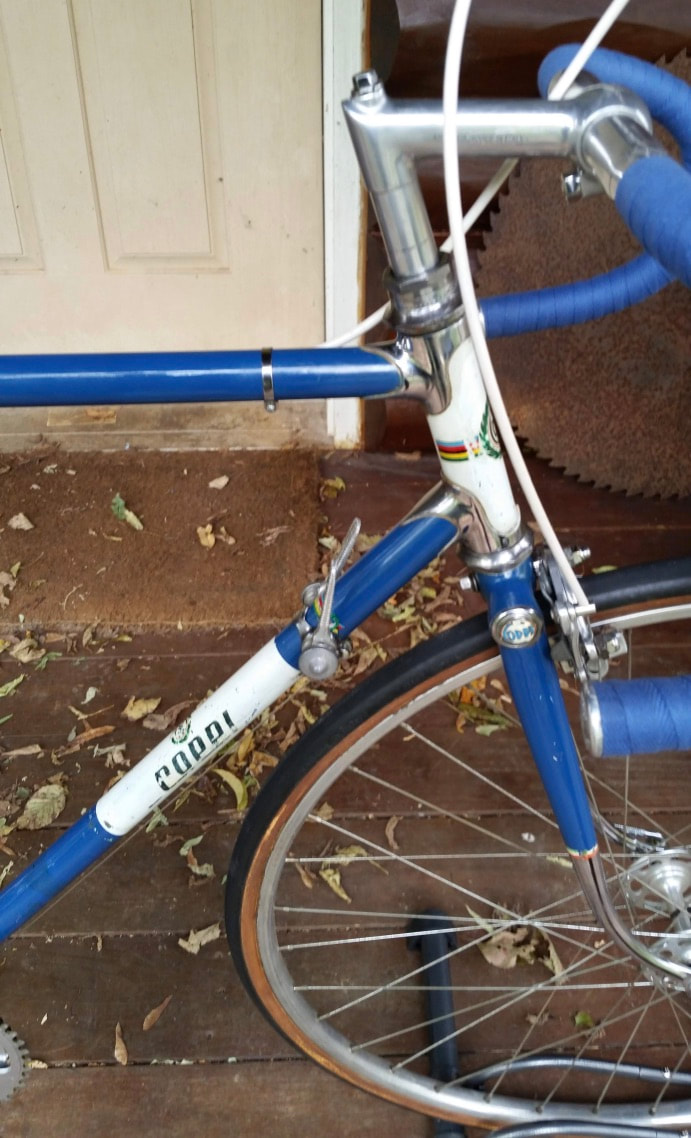 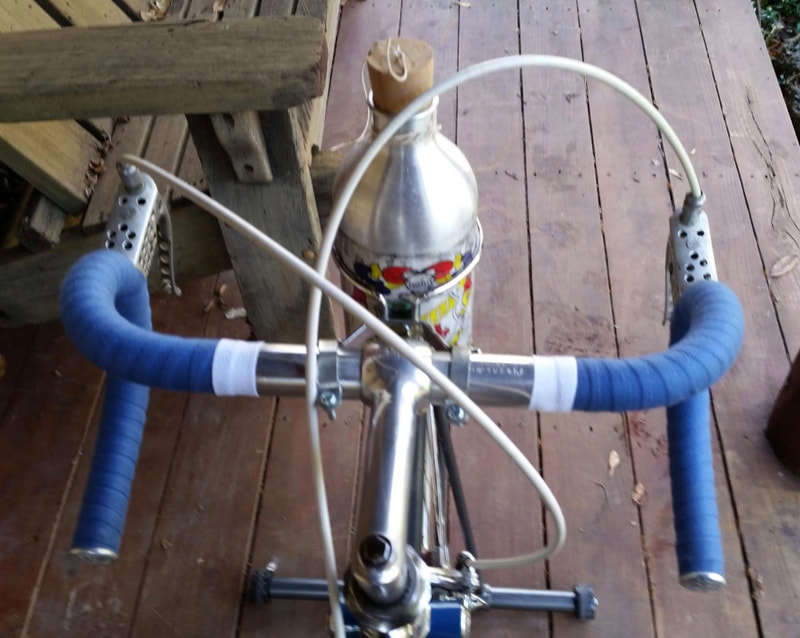 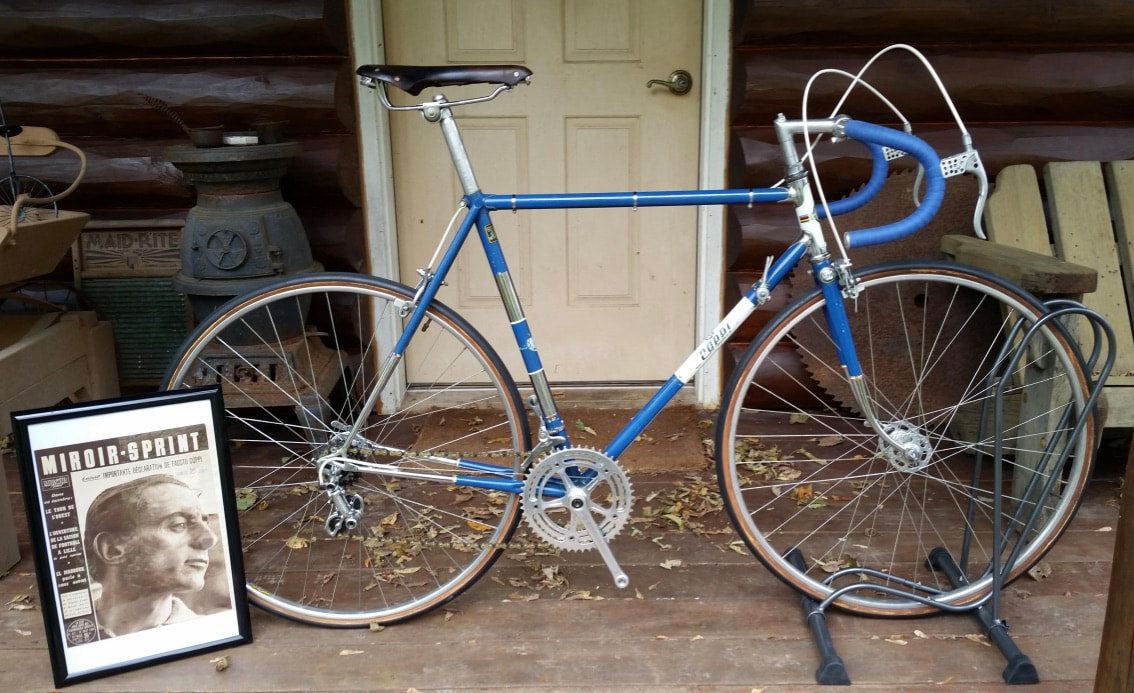 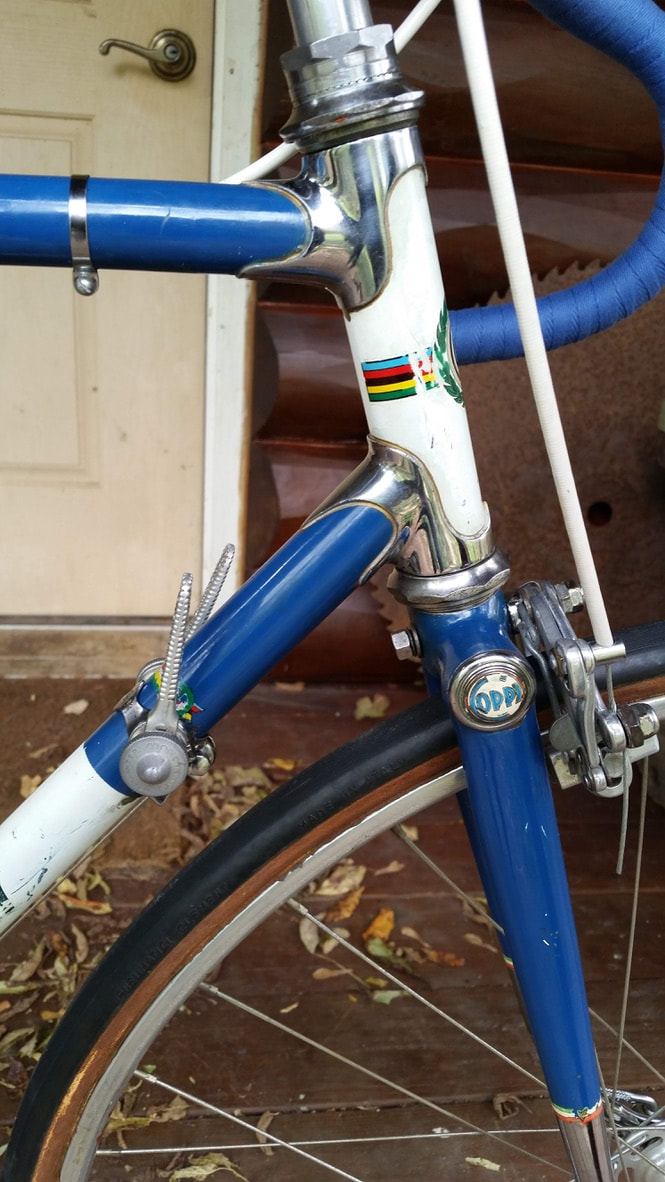 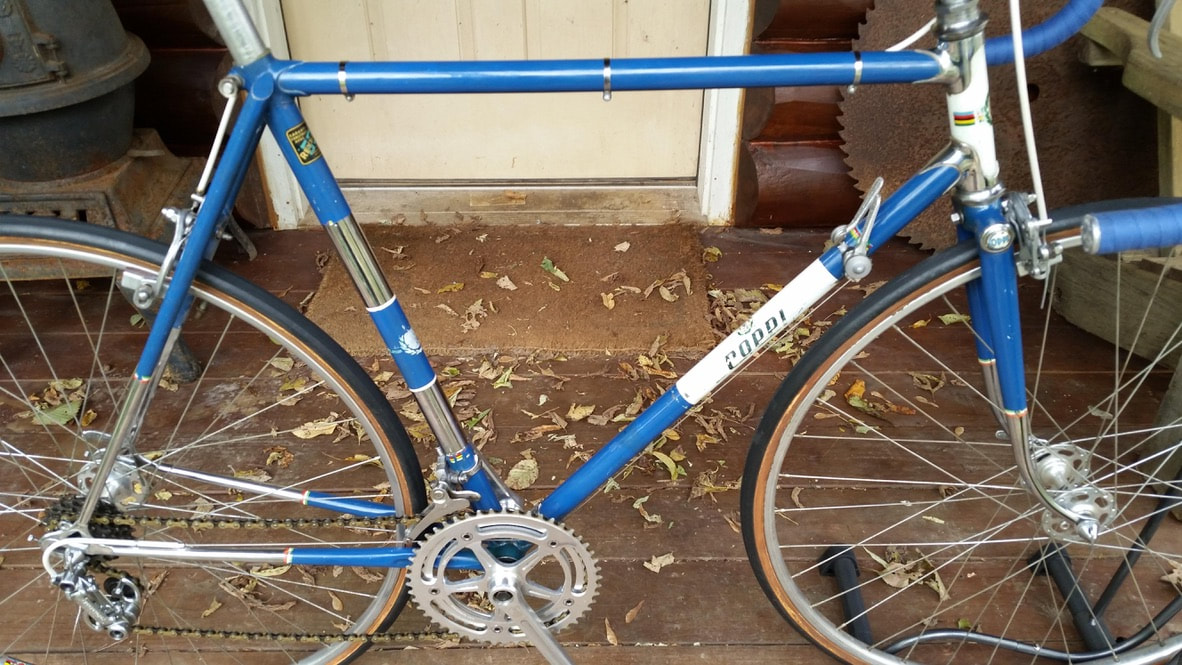 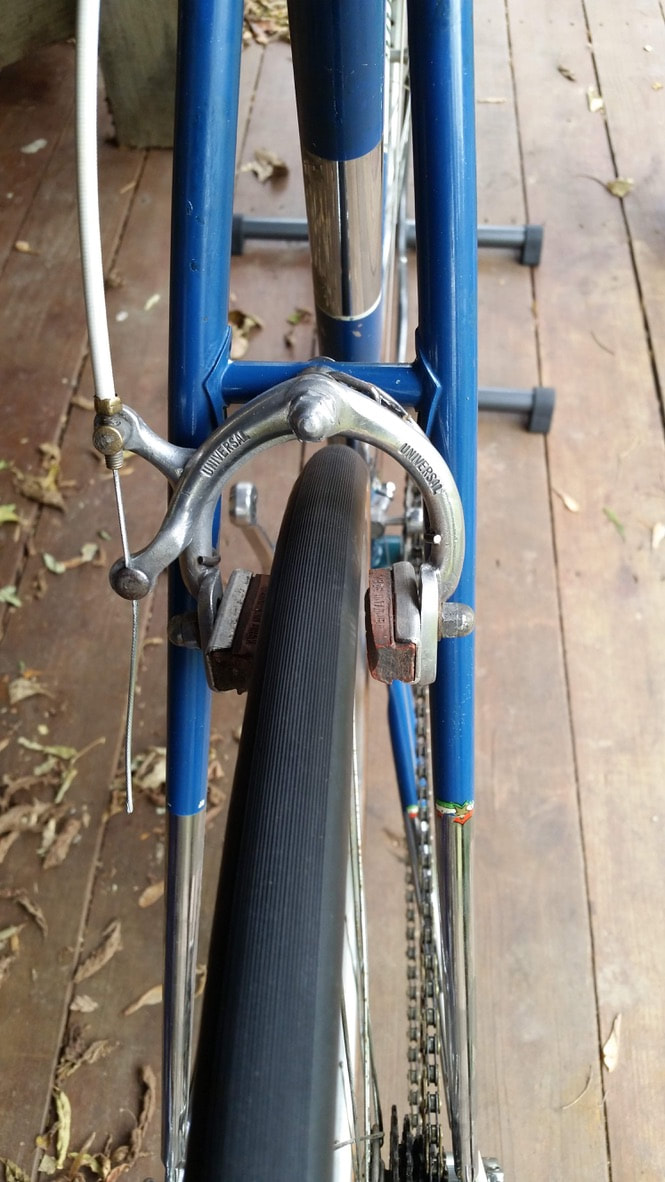 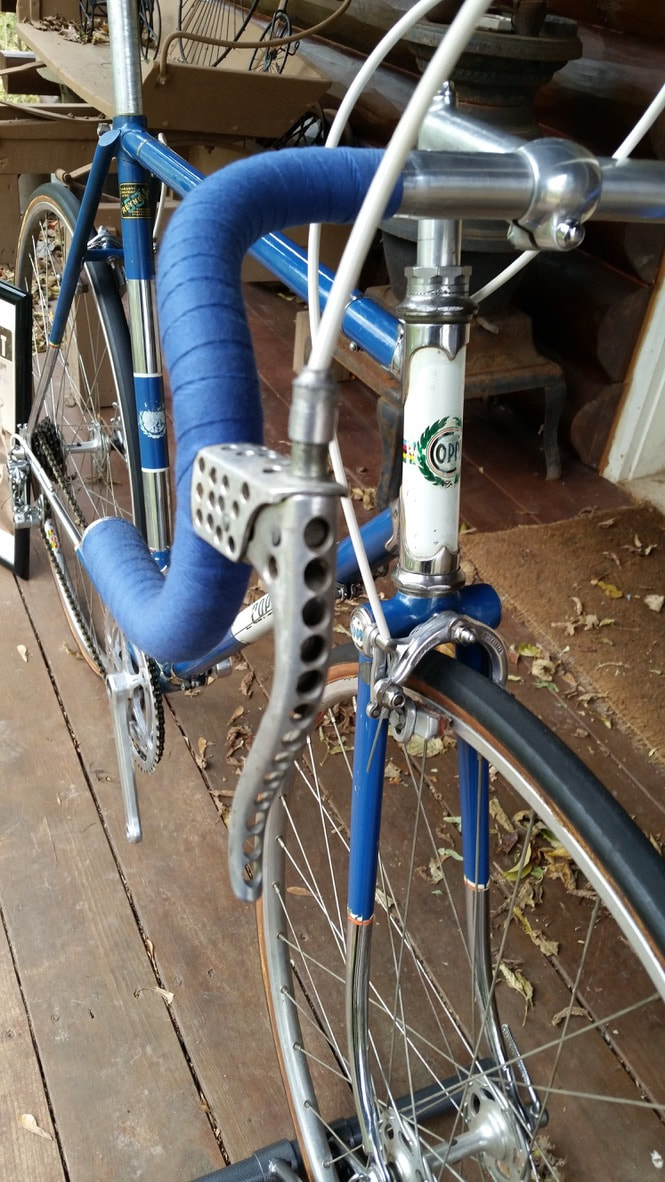 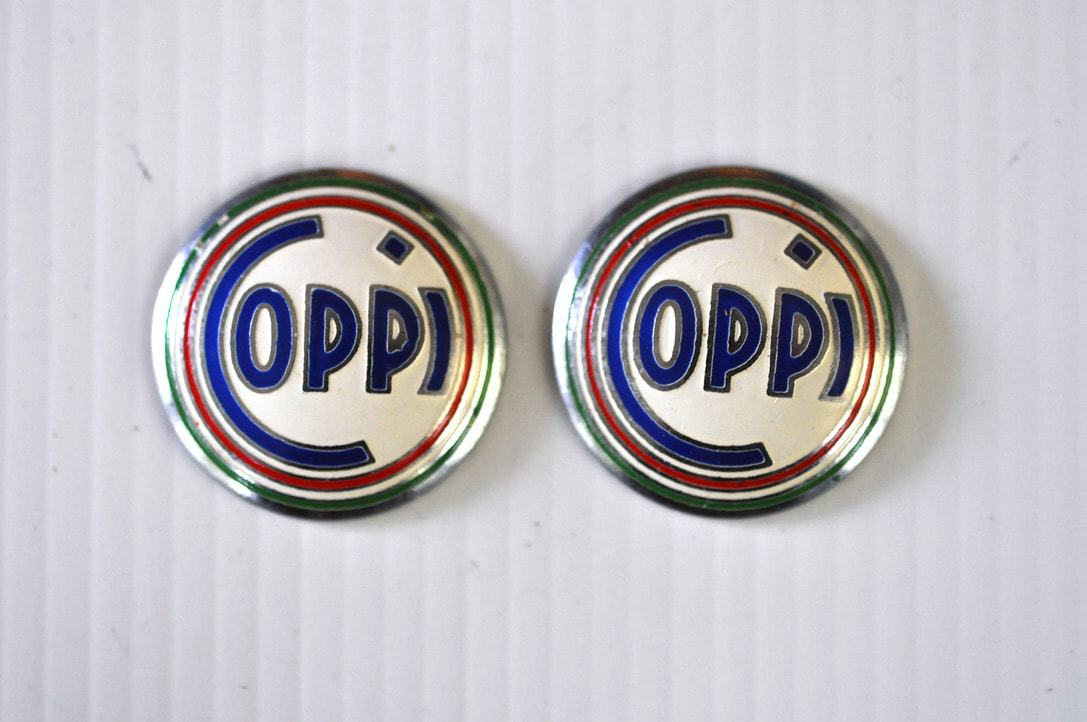 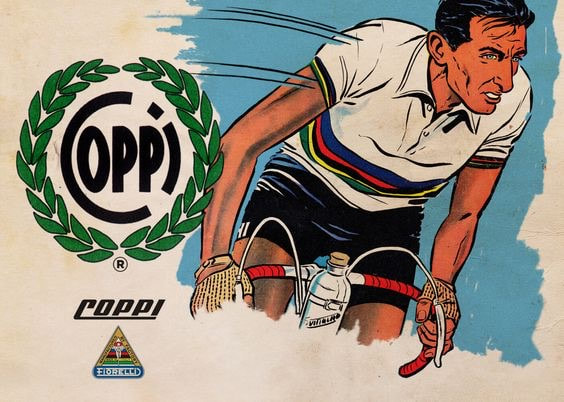 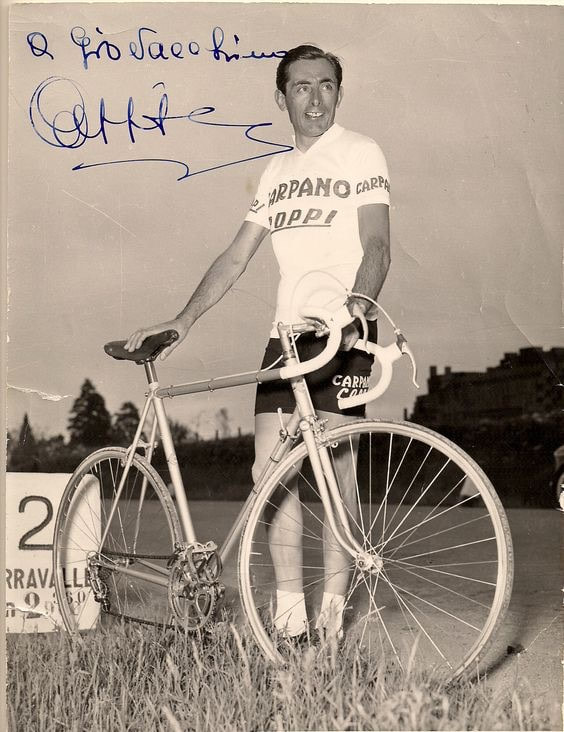 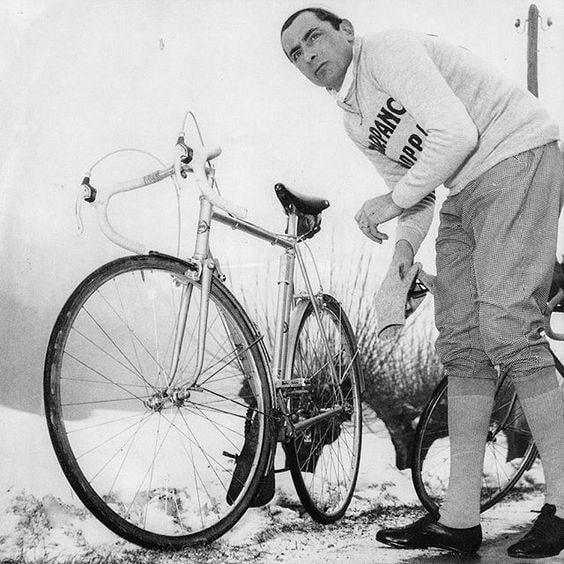 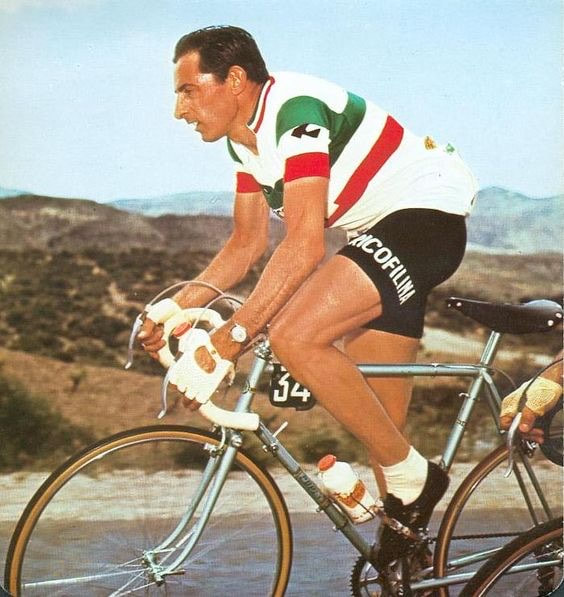 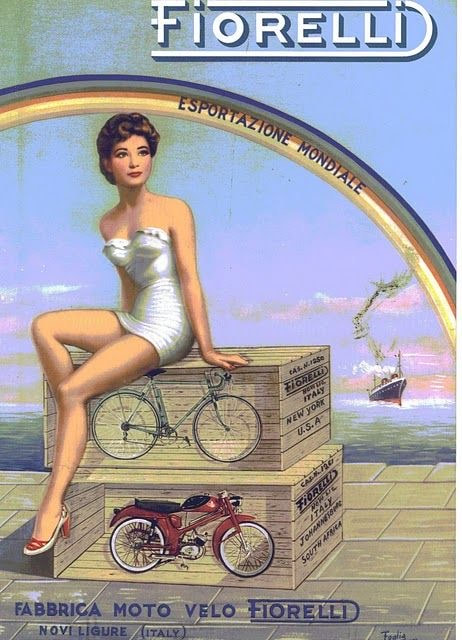 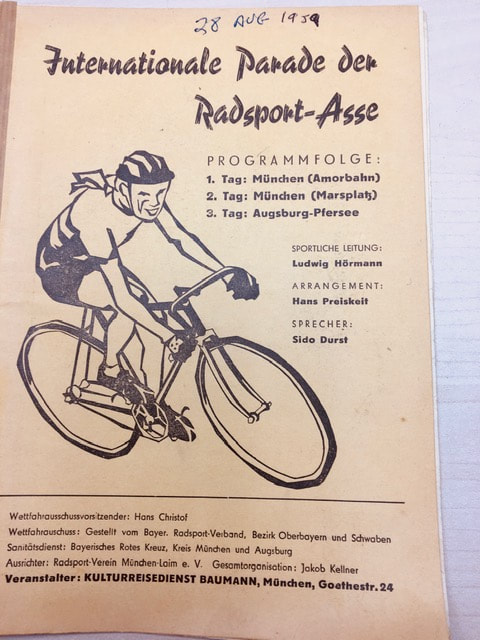 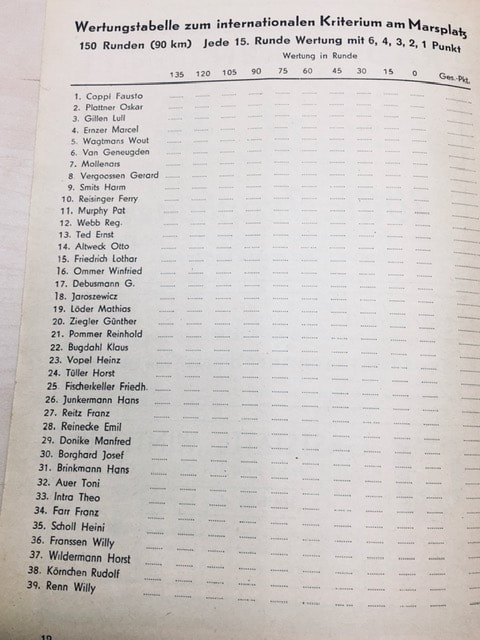