​There must have been something in the air in the mid-1980s that caused a number of individuals, myself included, to take a new look at old bicycles. My good friend Floyd Smith, nicknamed "Mr. Mead" by some of his fellow bicycle collectors and dealers for his affection for Mead bicycles,  discovered--or rediscovered--his love of bicycles about the same time I did. James Allen (of Pedalers Bicycle Museum in Springfield, Missouri) had mounted a large display of antique and classic bicycles in a Missouri shopping mall (remember those?), and for Floyd it was love at first sight.

Over the next few years, Floyd would amass one of the finest--if not the finest--collection of Mead bicycles in the country. Exactly why one type or brand of bicycle appeals to us is often difficult to define. We are emotional animals, after all, and our decisions are never purely rational. For whatever reason--maybe it was the beautiful golden brown and cream paint--Mead bicycles "did it" for Floyd. His enthusiasm for old Mead bicycles was infectious, and it wasn't long until we were both the friendliest of competitors in seeking out the best-known mail-order bicycles of the 1900's through the 1940's. It may seem odd, then, that today I want to share with you the most untypical of Mead bicycles--an all-black British roadster, with rare brake levers internally-routed through the handlebars. Floyd and I knew of this bike's existence, we would have been thrilled to actually find one; but time ran out before we could actually see one together in the flesh.

Mead Cycle Company was founded in 1889, and was headquartered in Chicago. At some point during the bike boom of the 1890s to early 1900s, Mead set up a factory in England. (The early Mead bicycles sold in America were equipped with British mudguards, Brampton pedals, celluloid grips and pumps, etc.). Precisely when Mead closed its British factory is unclear. In any case, British-made Mead bicycles are very rare in this country. I purchased the Mead Coventry Flyer you see here from my friend Colin Kirsch, who shipped it to me from across the pond.

I remember the circumstances well. My friend of many years, the intelligent, kind, generous Floyd Smith, had just died. Adding this rare Mead bicycle to the collection, even though I would never be able to tell Floyd about it, seemed the thing to do.

Over the next few weeks and months I hope to add to this website many of the Mead bicycles I purchased from Floyd's extensive collection. Below are photos of the Mead Coventry Flyer, beginning with a photo of Floyd and me on our last visit together on August 29, 2013. 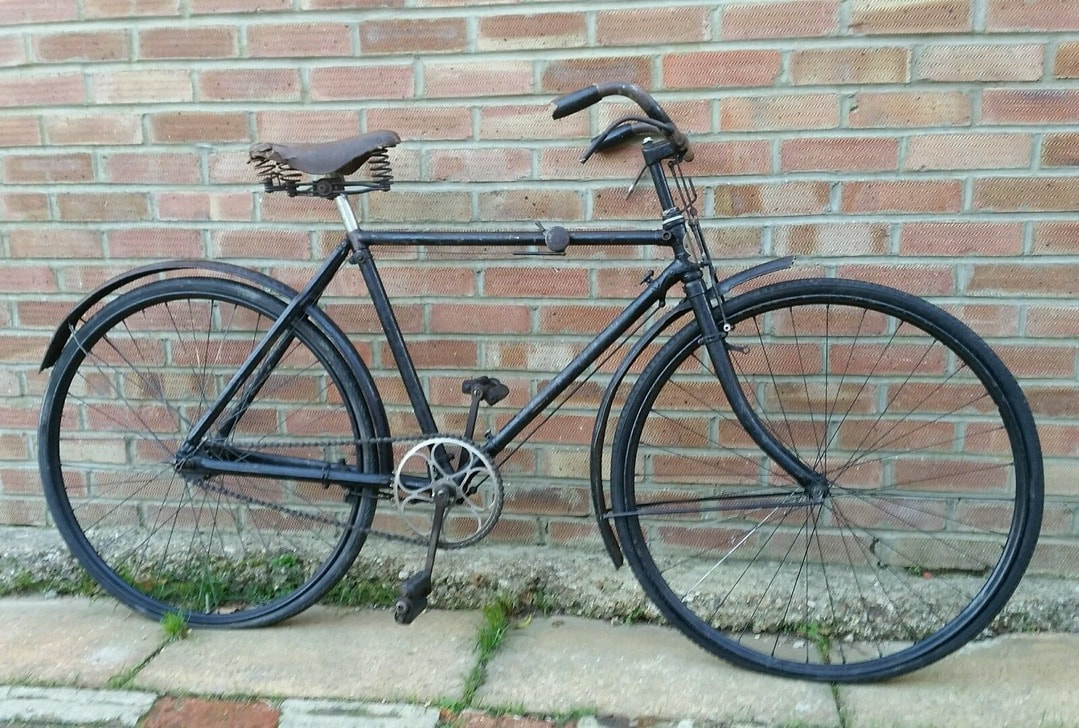 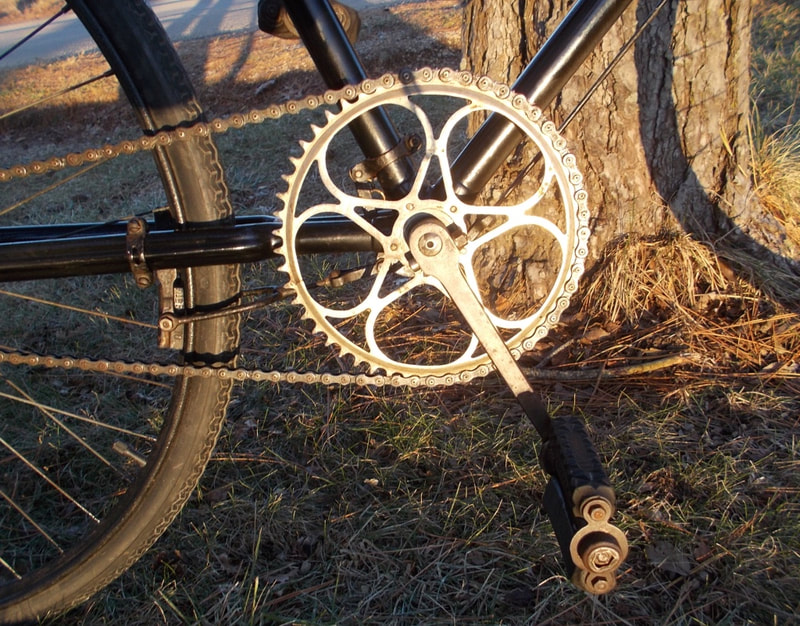 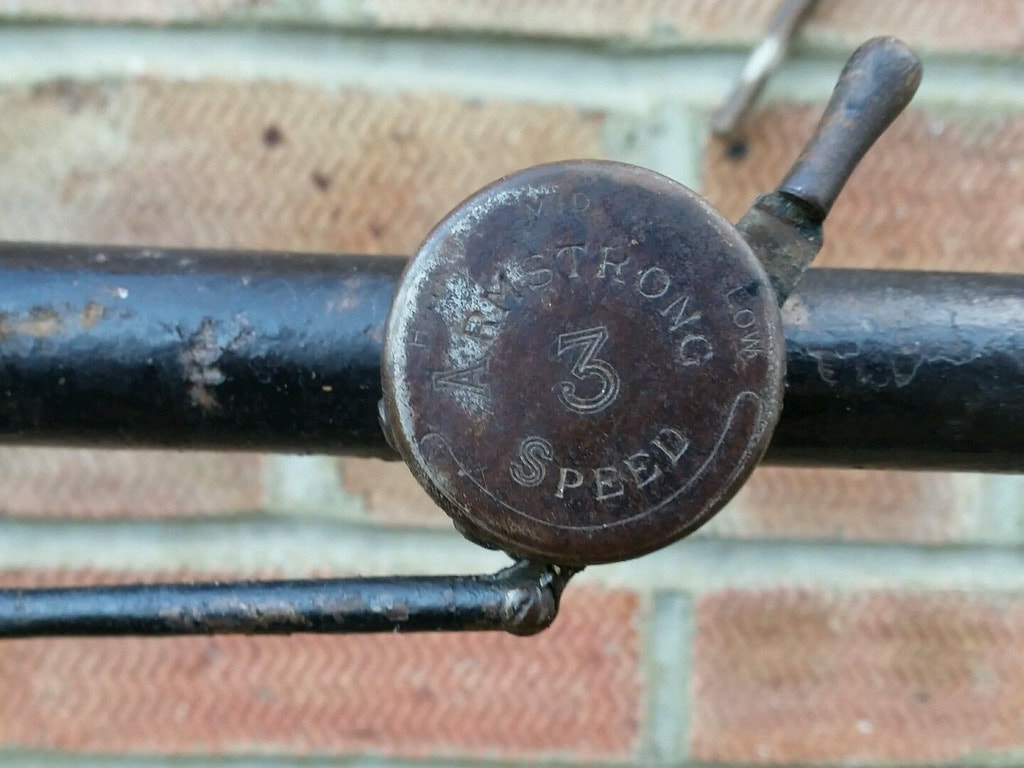 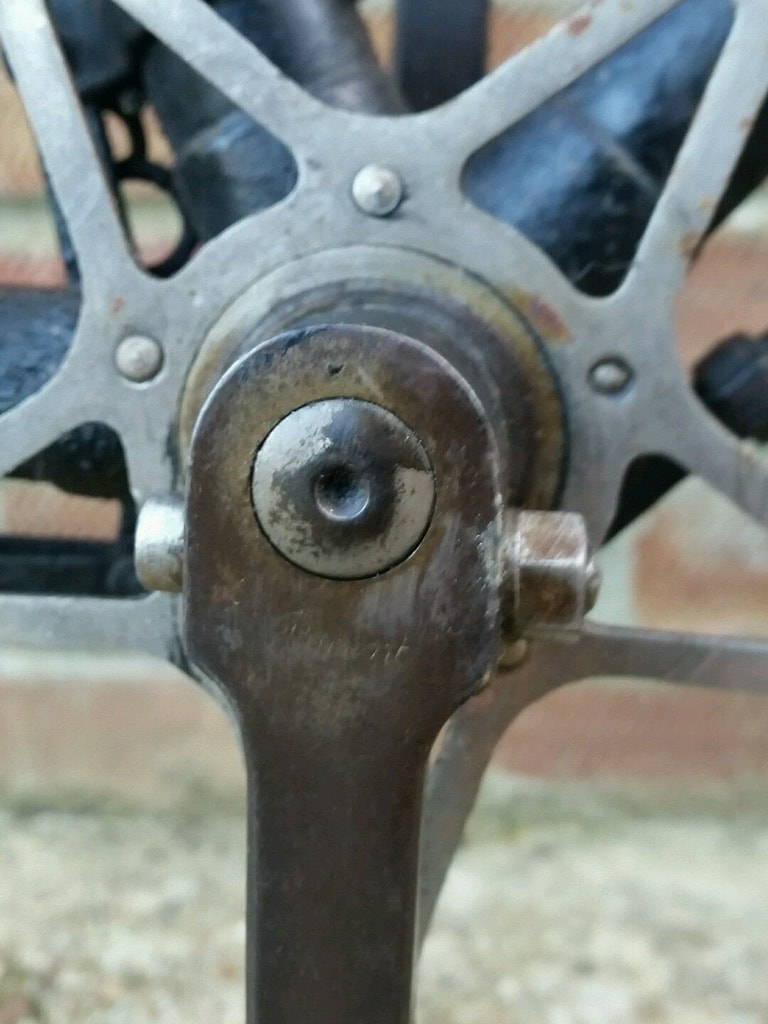 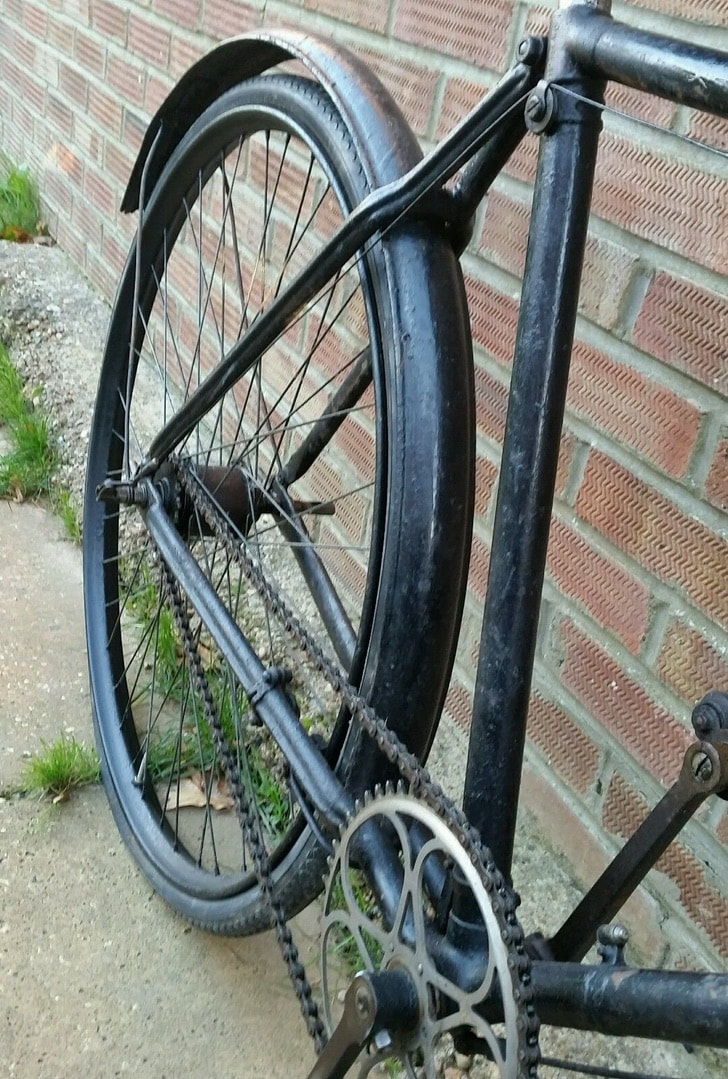 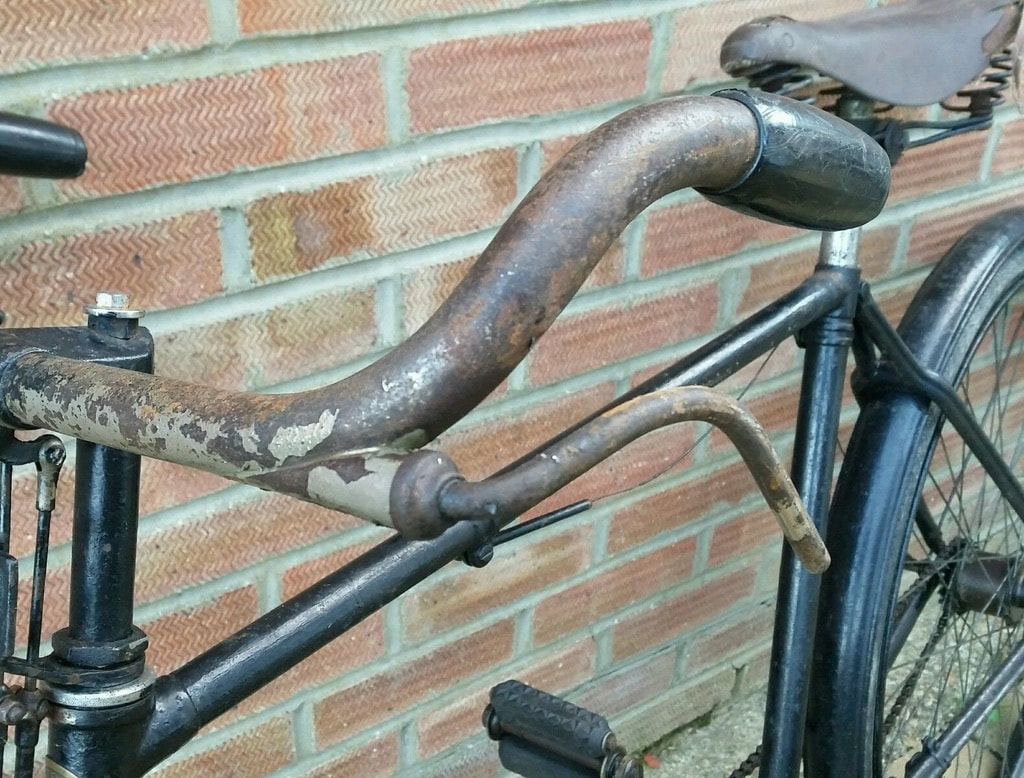 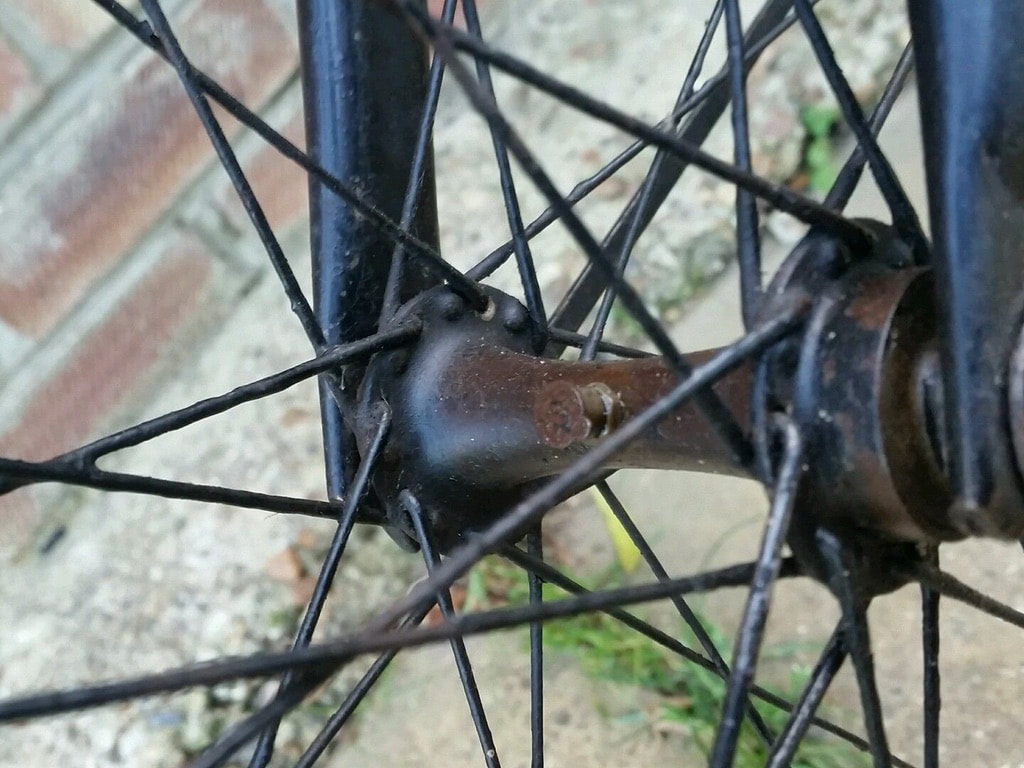 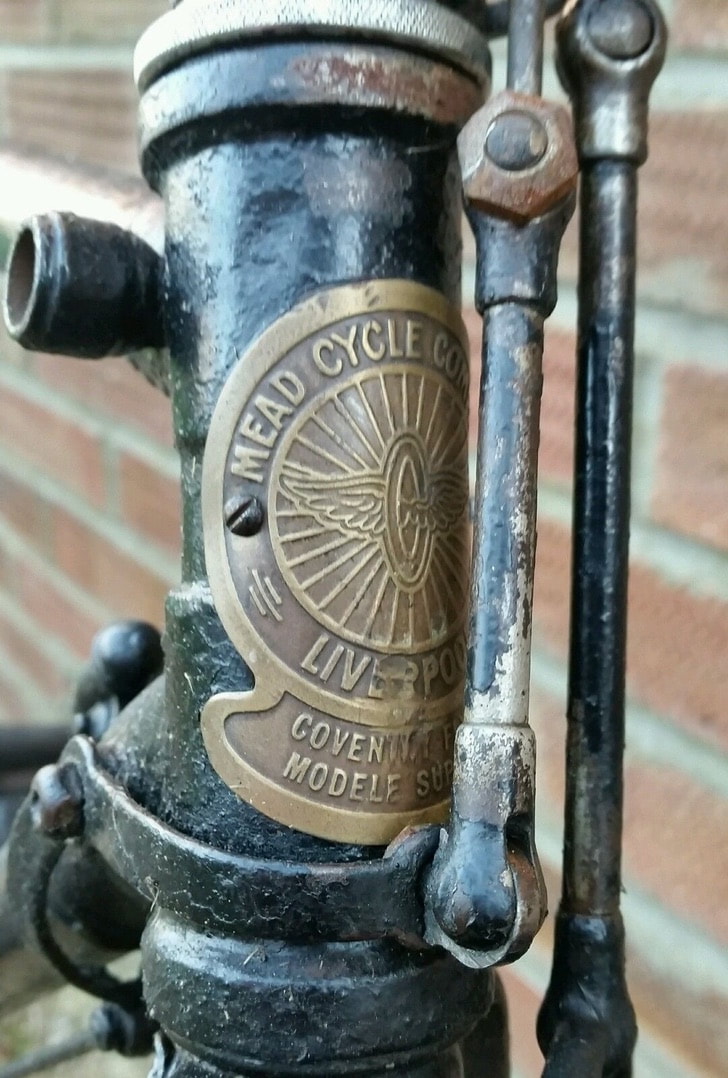 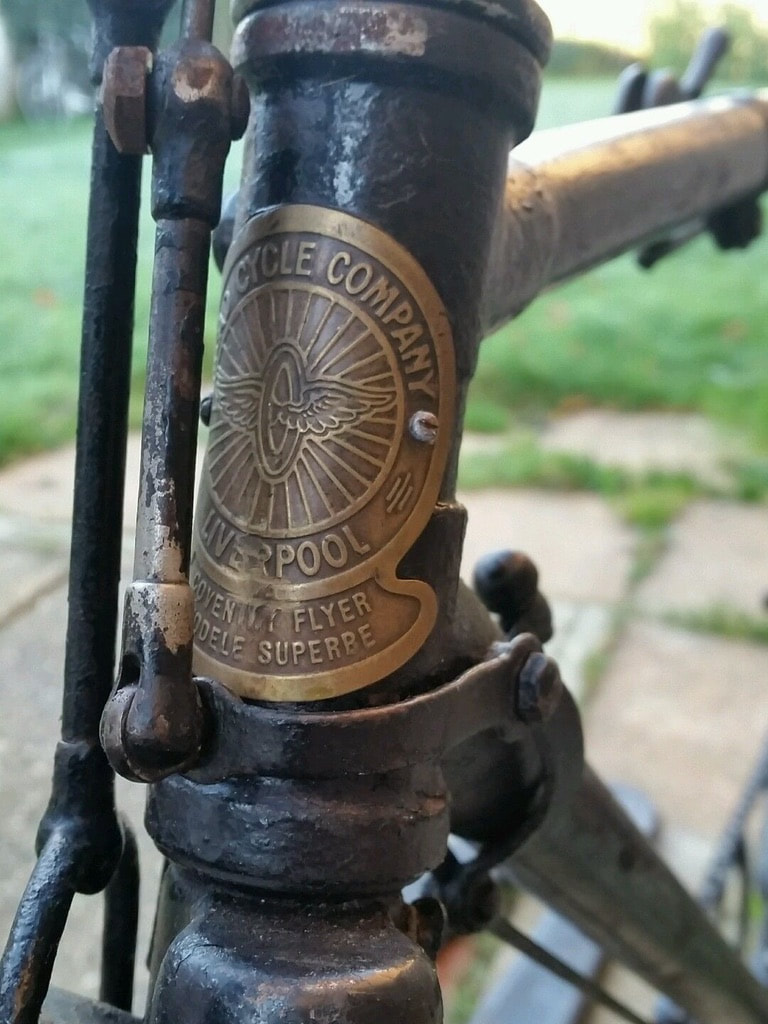 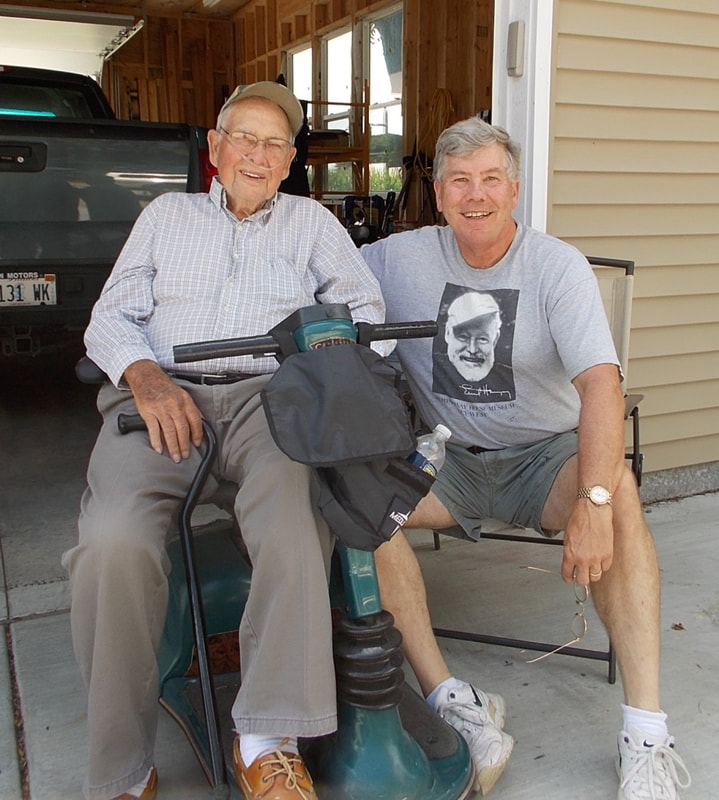