James Allen of the Pedalers Bicycle Museum in Springfield, Missouri told me years ago that in the 1890s Columbia and Victor bicycles were the Fords and Chevys of their day. Gormully & Jeffery was the Cadillac. From that point on, I watched for a G & J to appear.

Gormully & Jeffery's most famous bicycle model was named the Rambler, manufactured in various styles and configurations from 1878 to 1900, and the predecessor to Thomas Jeffrery's Rambler automobile, a single cylinder car with bicycle wheels. The G & J Rambler safety bicycle stood out among its peers in the Golden Age of the Bicycle in America, the 1890s. Employing internally flared tubing brazed by immersion in molten brass, G & Js were among the highest quality bicycles available at the time. The highwater mark for bicycle sales in the U.S. was 1896; the number of bicycles in use by the turn of the century is estimated to be as high as ten million (in a population of 75 million). But as bicycle sales plummeted in the late 1890s, several bicycle companies banded together in an effort to boost sales and avoid bankruptcy due to over production and intense competition. Gormully & Jeffery, at one time the second largest bicycle manufacturer in the U.S., decided to join the trust known as the American Bicycle Company. It was to prove a colossal failure, surviving for only two years.

During the years of the trust, many of the most famous bicycle brands suffered in quality; the Rambler is said to be one of the notable exceptions. Gormully & Jeffery sold the Rambler brand to the American Bicycle Company in 1900, the approximate date of the bike you see here. The most unique features of my Rambler are what G & J describe as "the new, stylish, rococo pattern (of ) external frame reinforcements." These flowing art nouveau lugs are the most beautiful I have found on any antique bicycle. G & J is also known for the development of the clincher rim, shown in a photo below. Note the cut-away Brooks saddle and early toe clips. All original paint save for some touchup on the top tube. 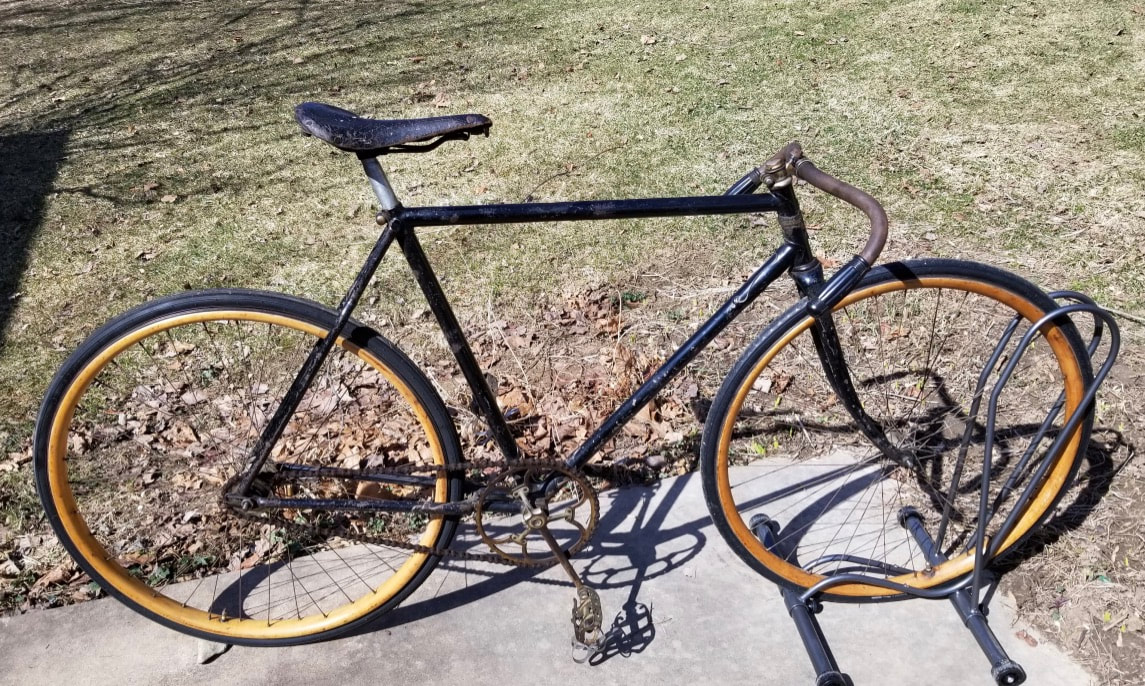 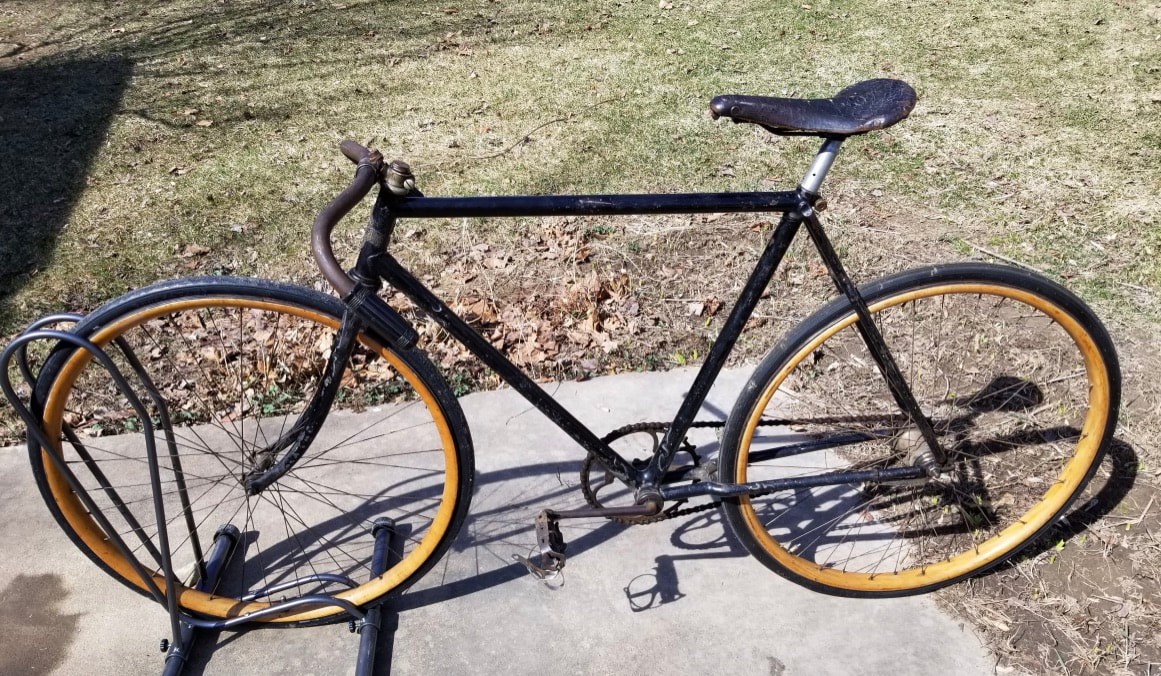 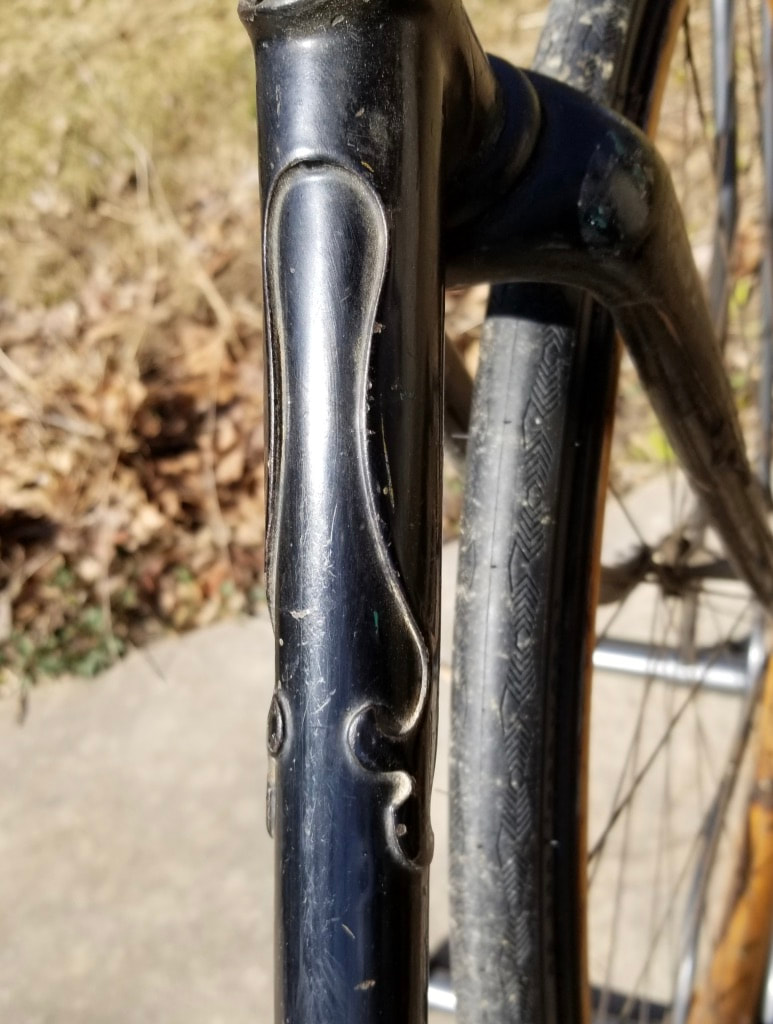 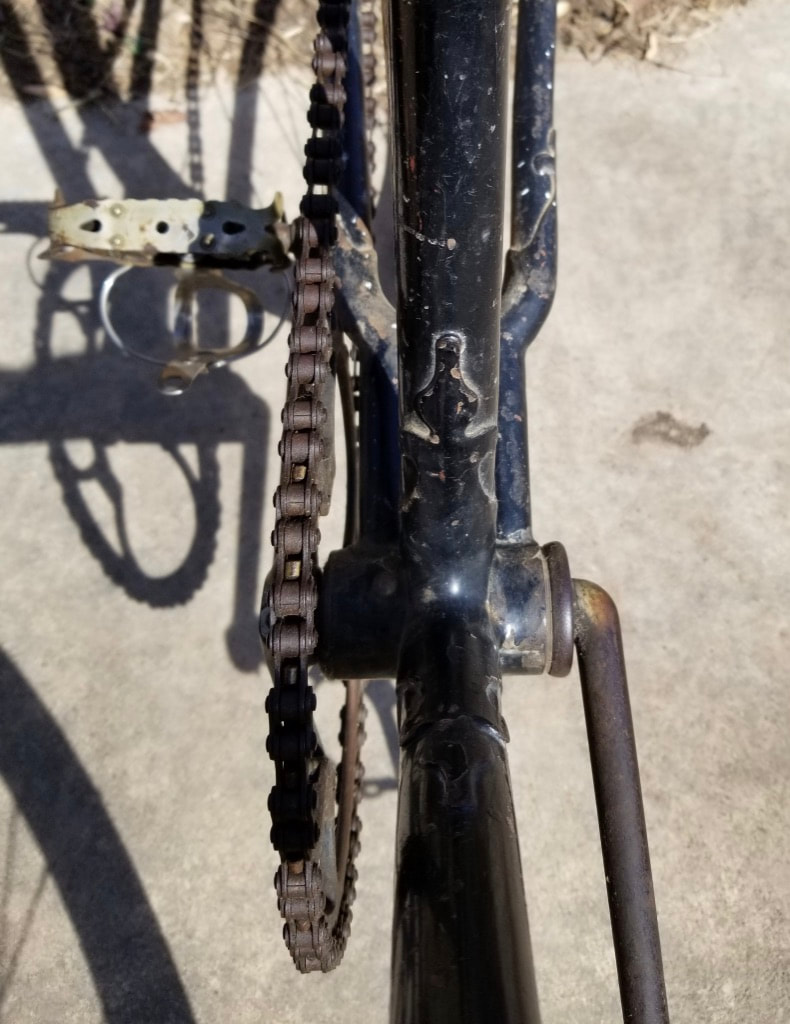 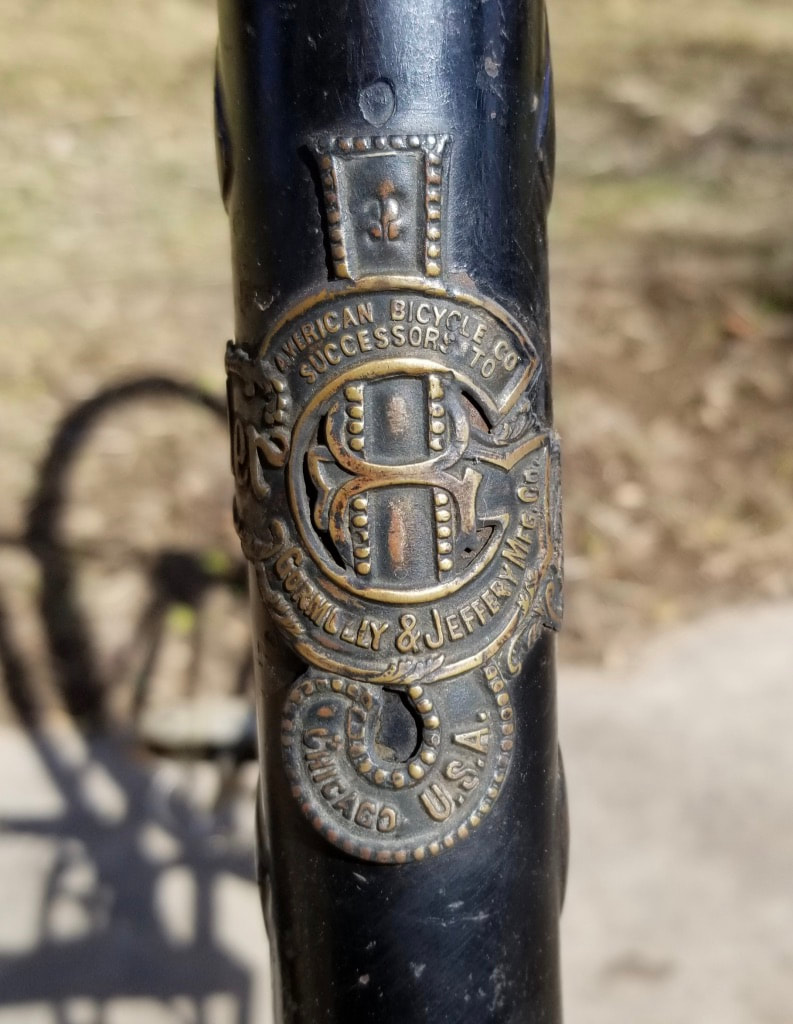 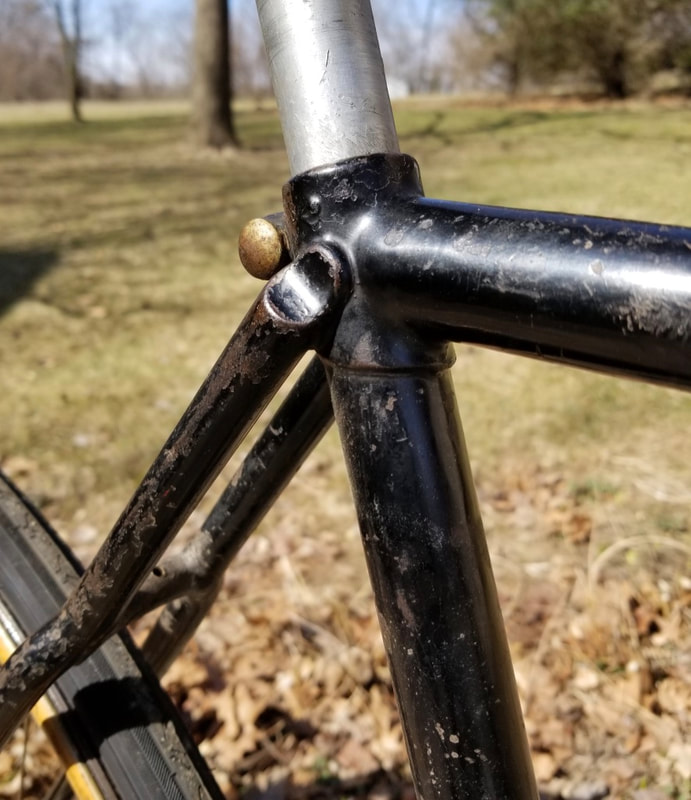 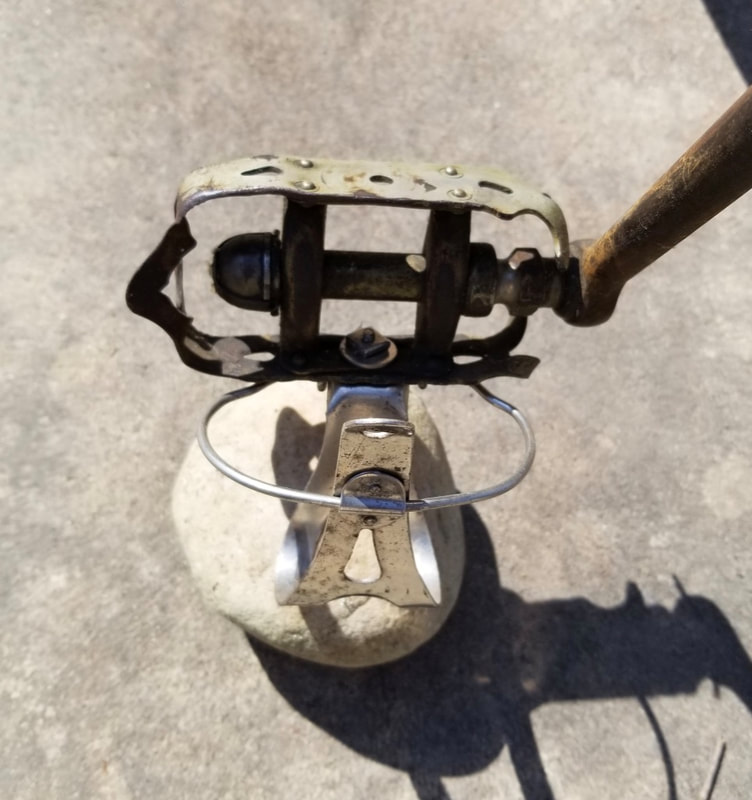 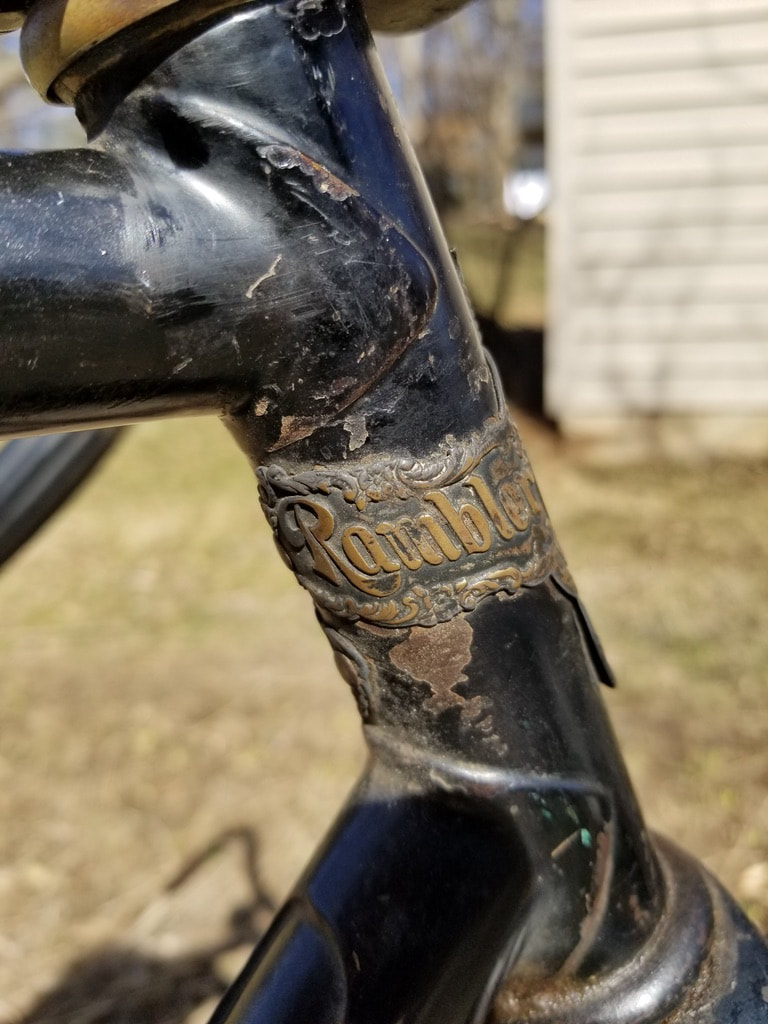 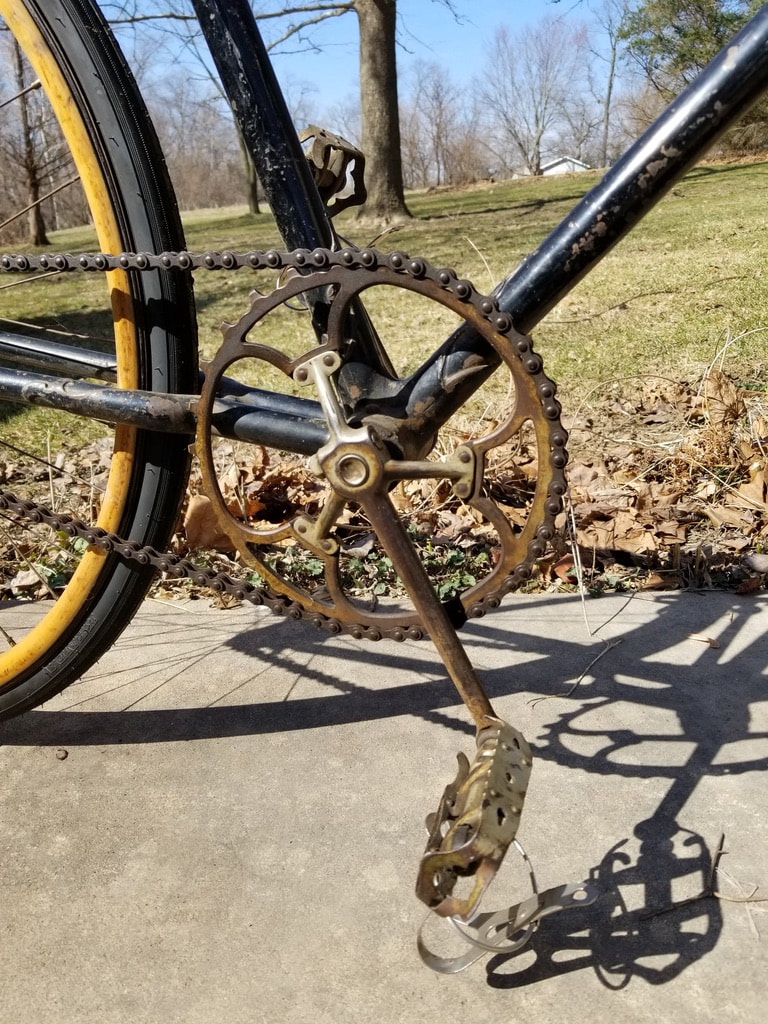 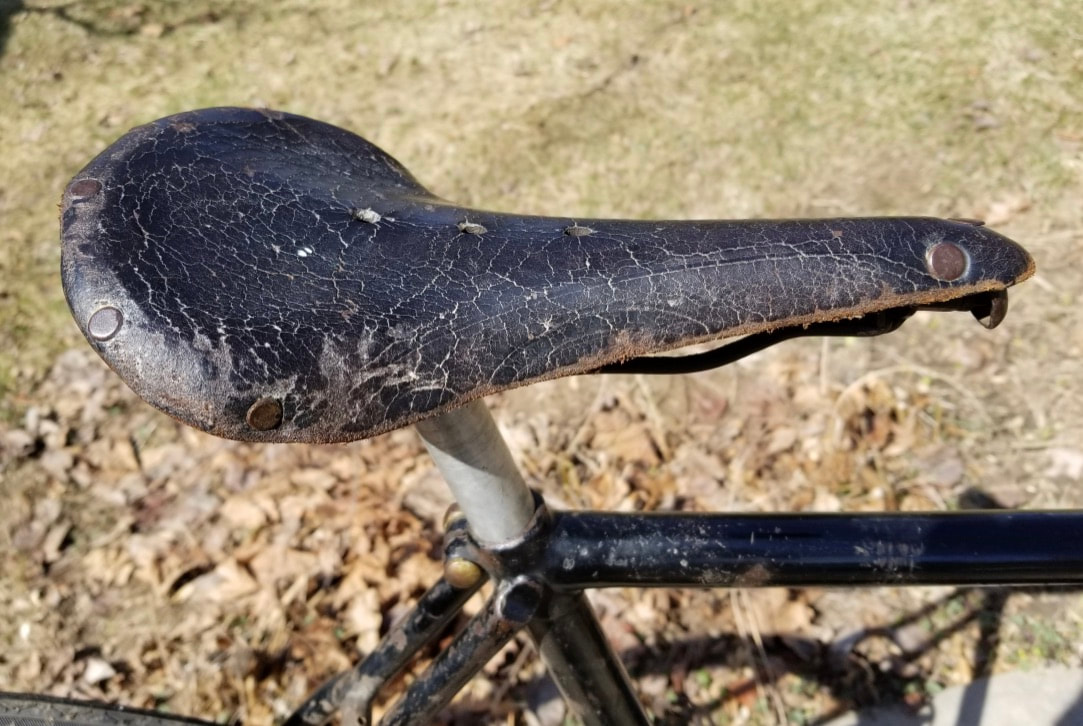 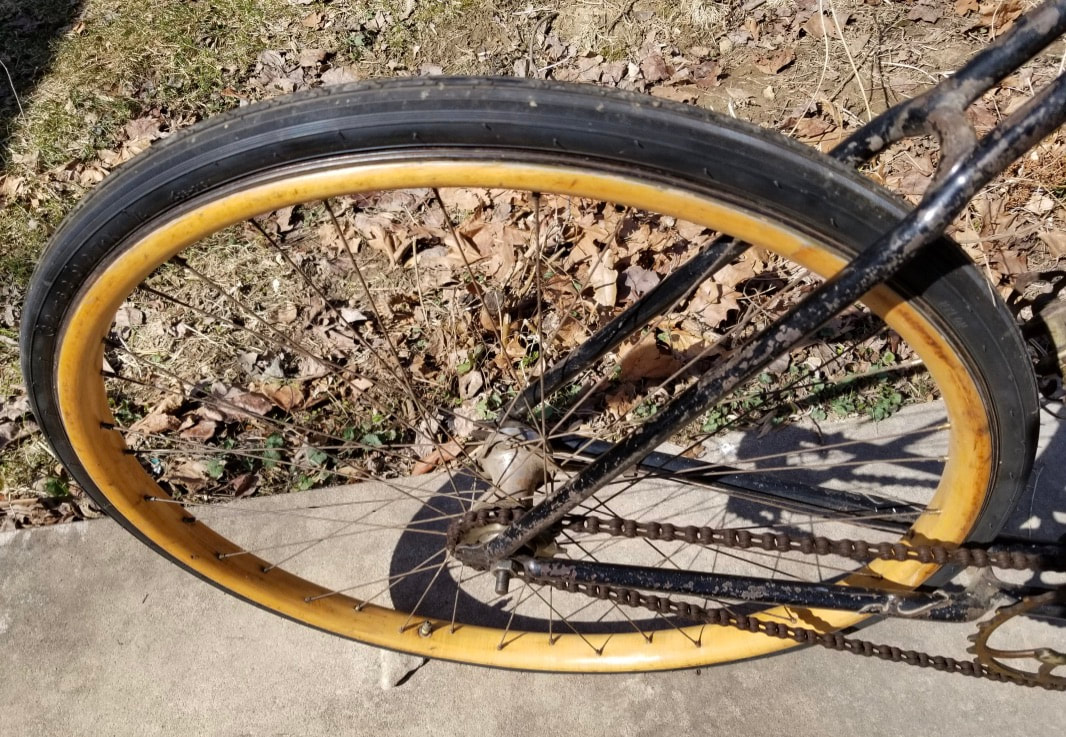 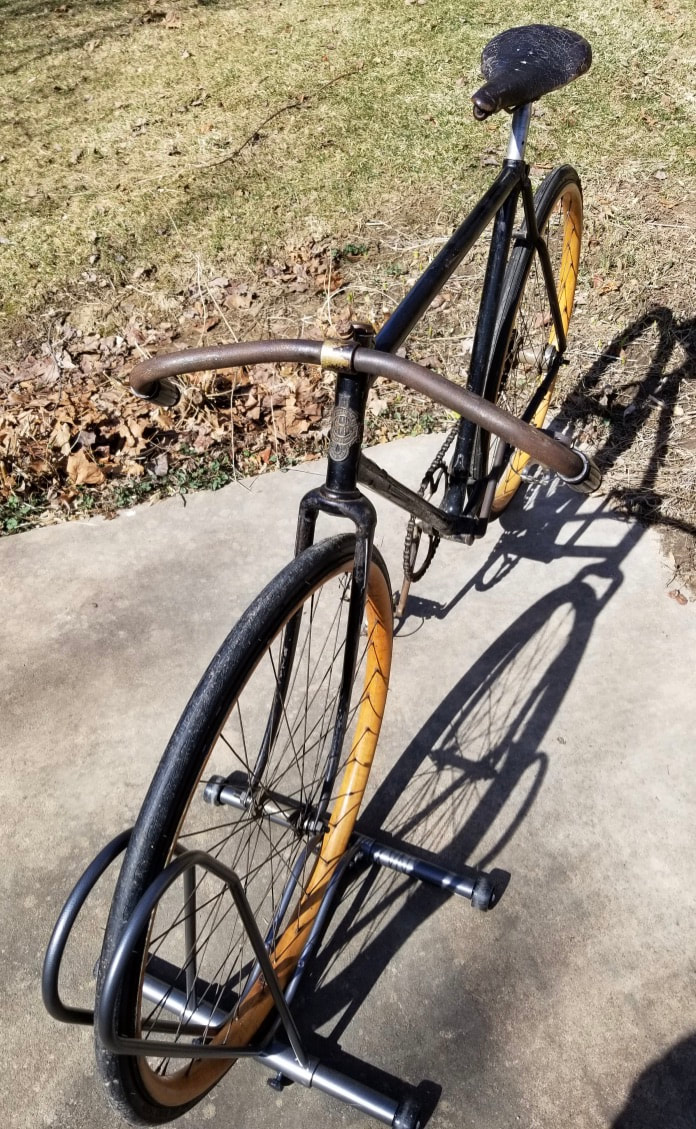 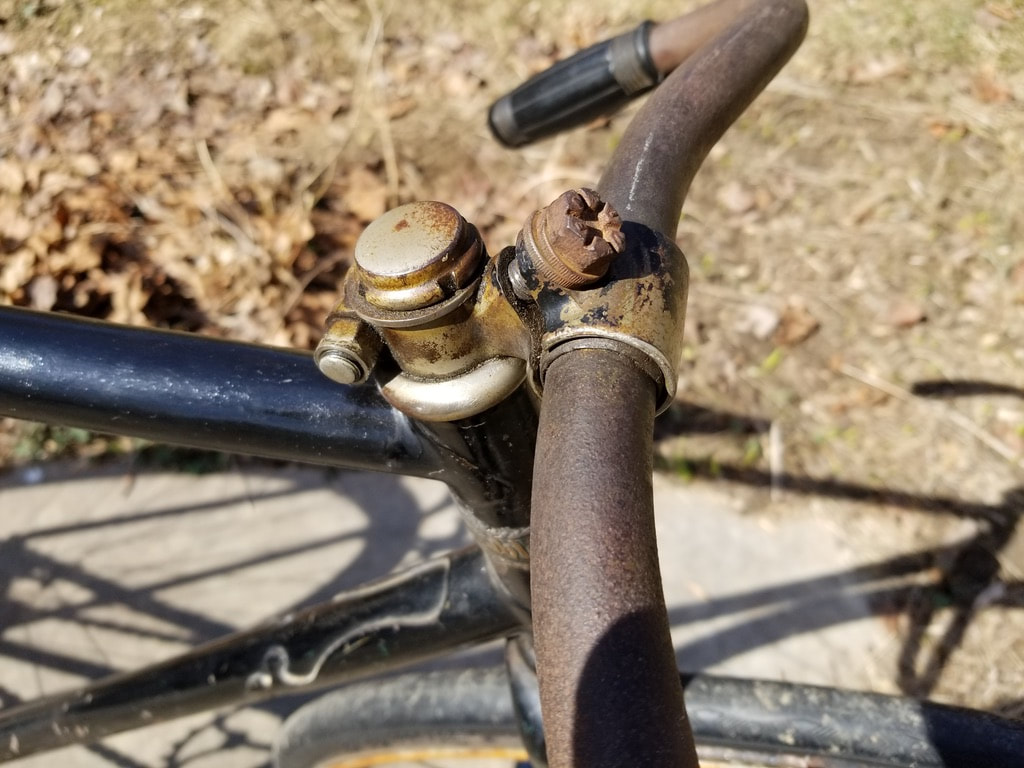 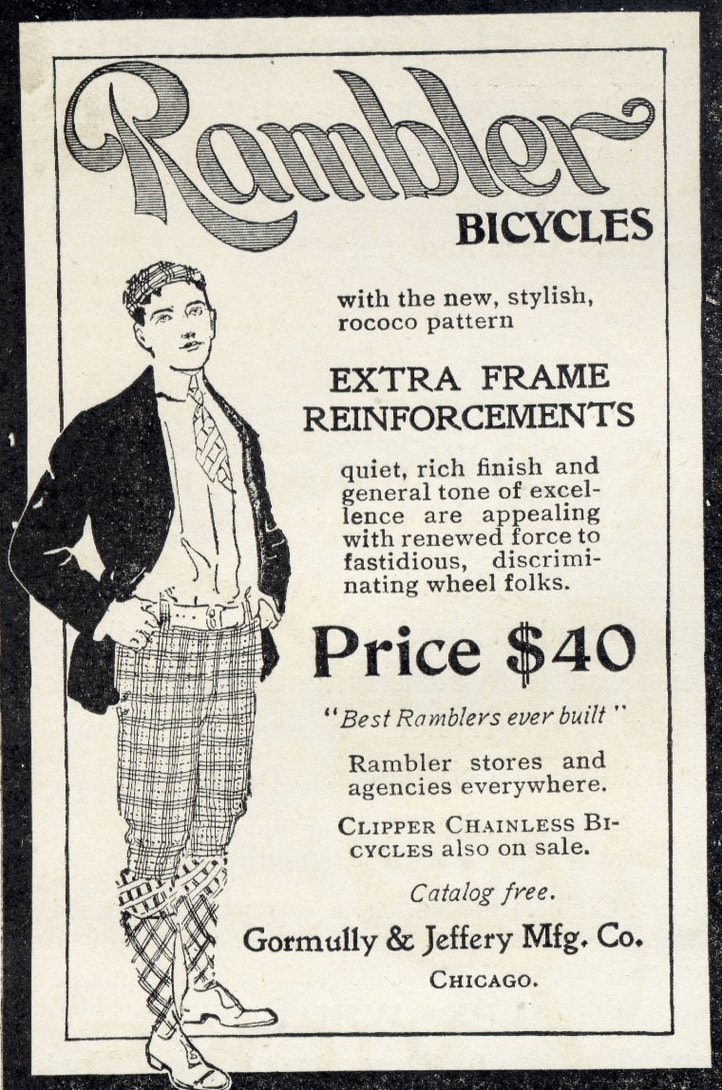 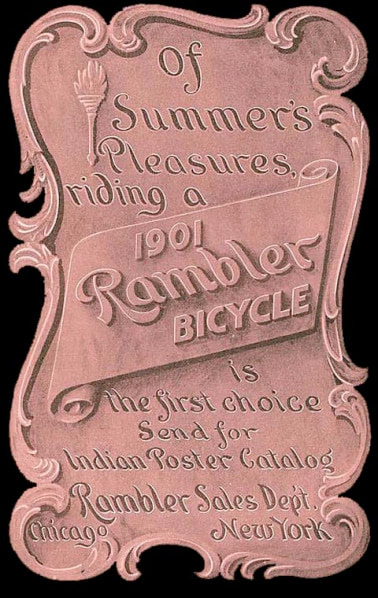 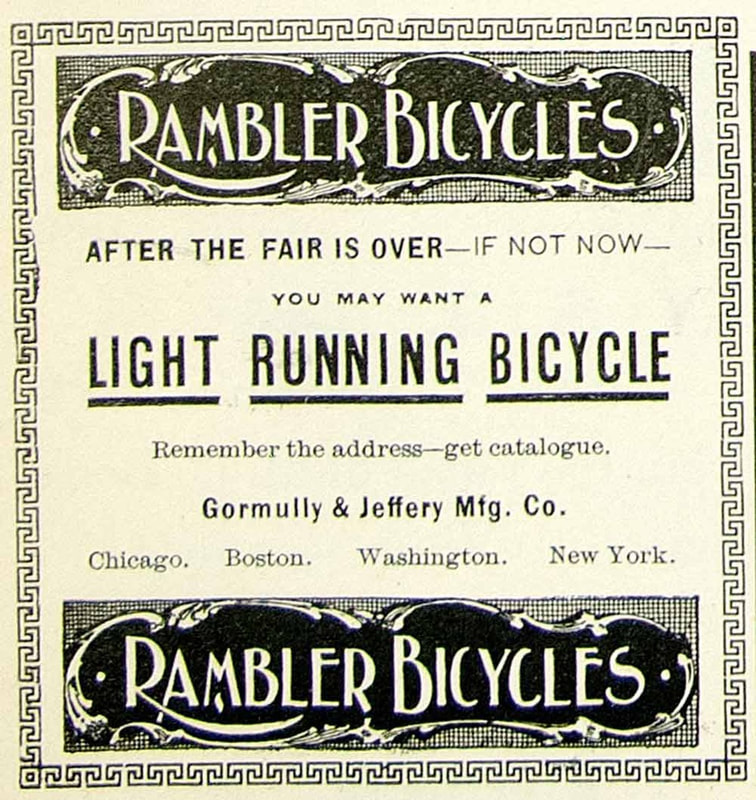 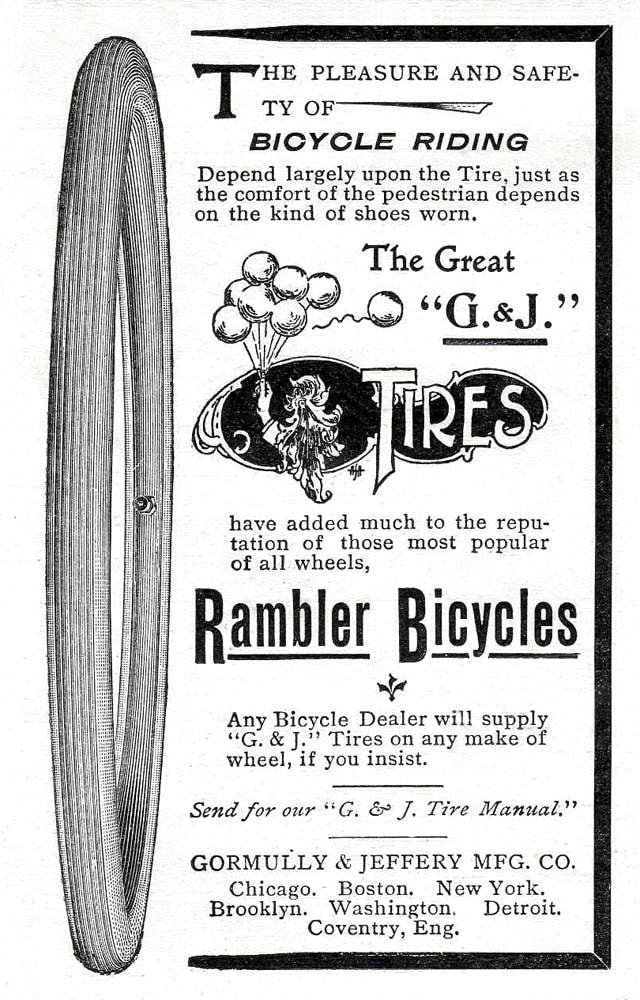