​The first American-made bicycle is said to be a Columbia. Thomas Stevens circled the globe on a Columbia Expert Ordinary. Founded in 1877 by Col. Albert Pope, the name Columbia is synonymous with our first Golden Age of Cycling, the 1890s.

I acquired the Columbia Model 45 you see here early in my collecting career. You will note that I had the handlebars re-nickeled (something I would not do today with an original paint bike). Features include a rare Garford saddle, large brass bell, original Columbia tool bag, Columbia kerosene lamp, and occasionally a pair of briar pipes with windscreens (mounted on the handlebars for the summer rider without shirt pockets).

What I love most about this bike is the original owner's name, engraved on the front fork. The Victorian gentleman's name might be found in a Dickens novel: "C.A. Fudge." You have to love a bike named C.A. Fudge. 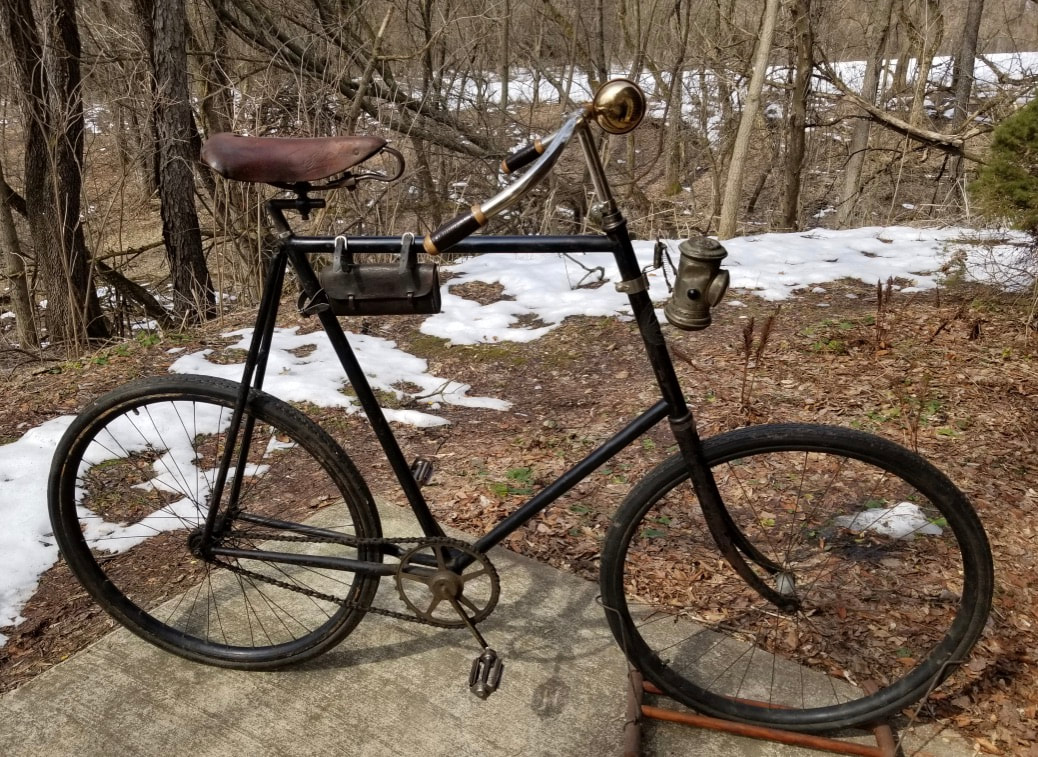 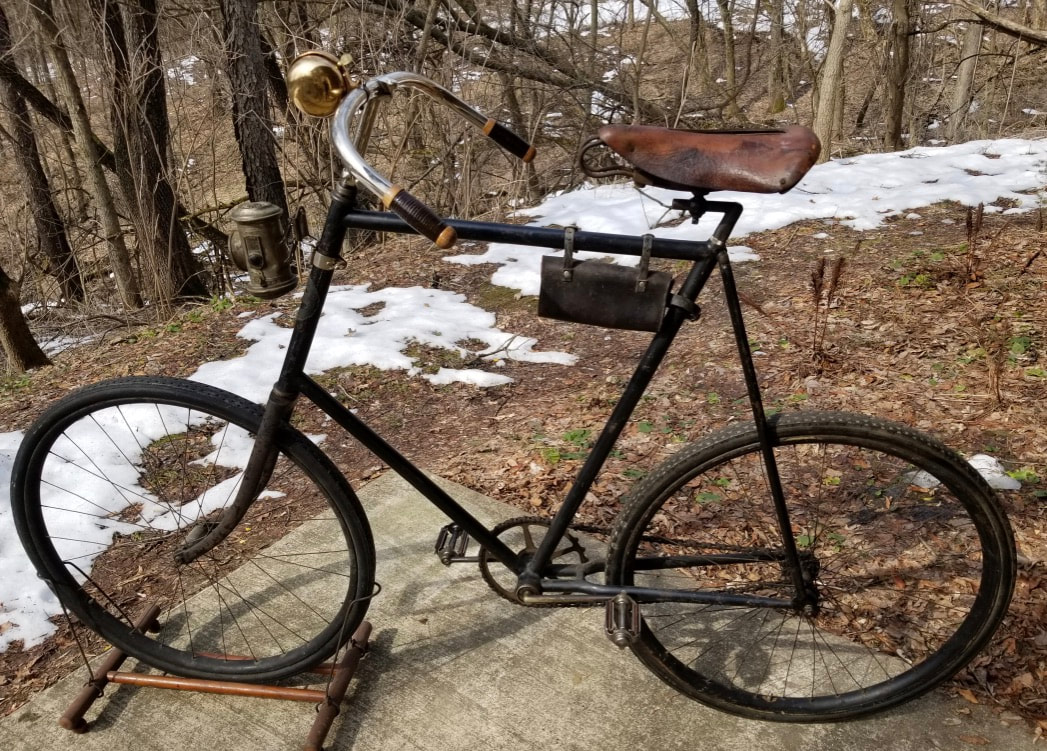 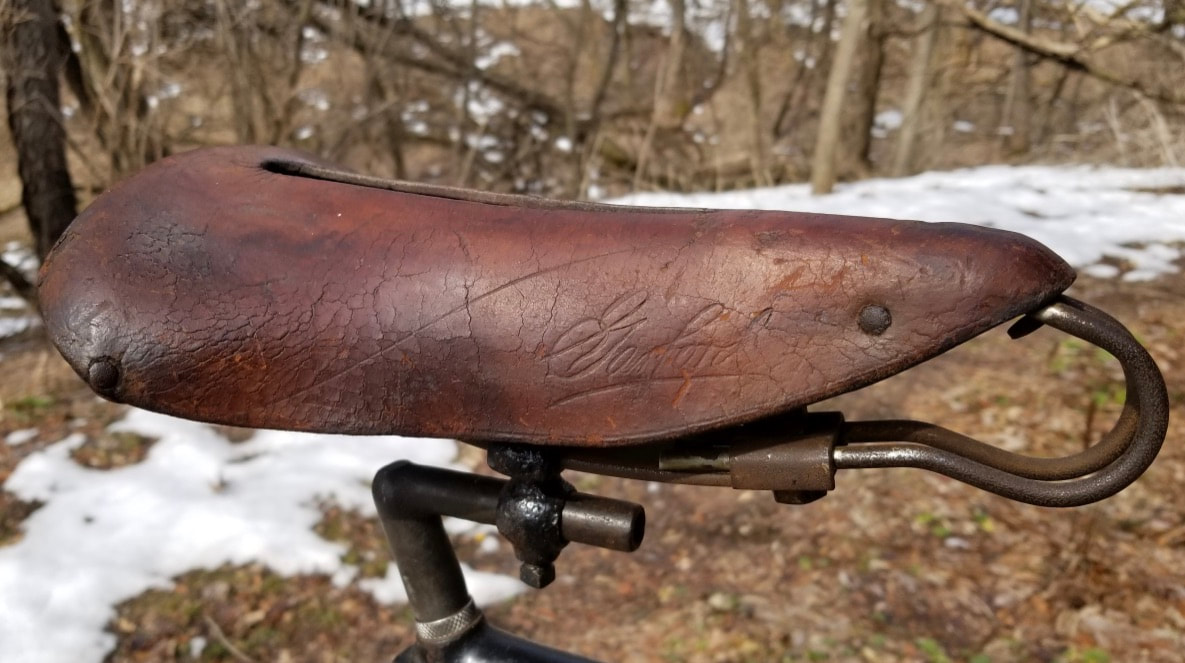 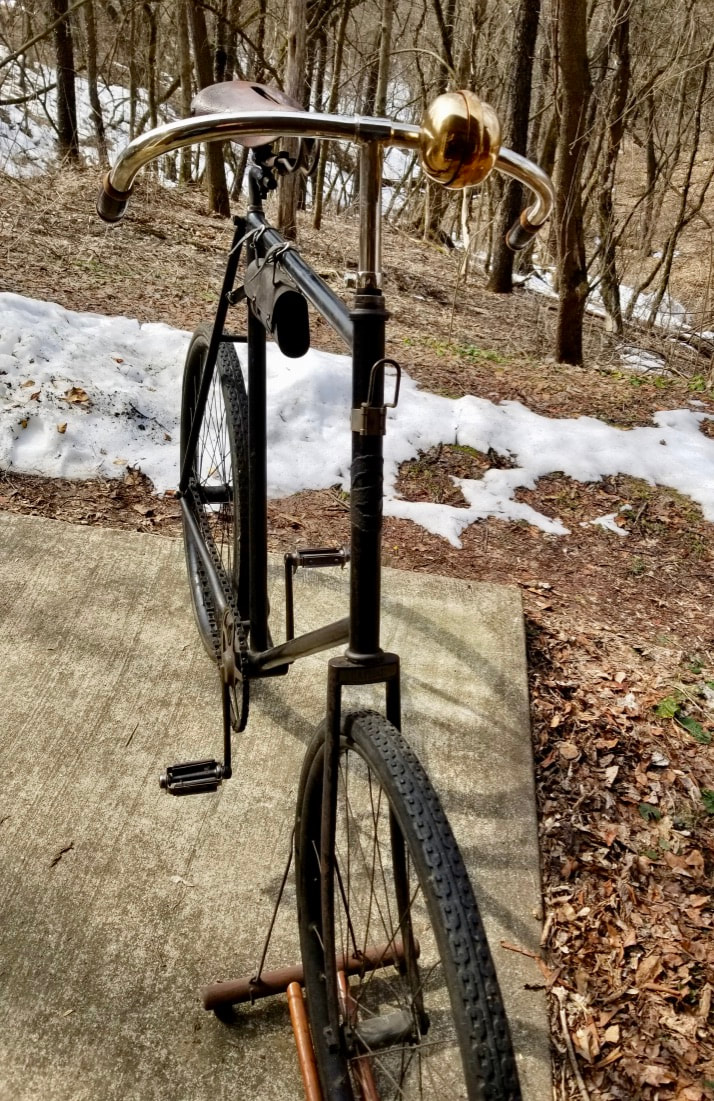 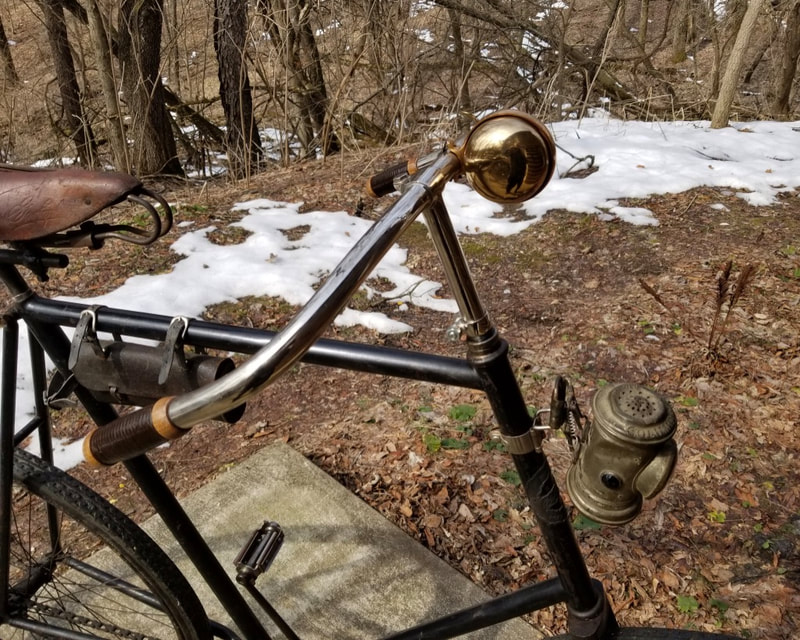 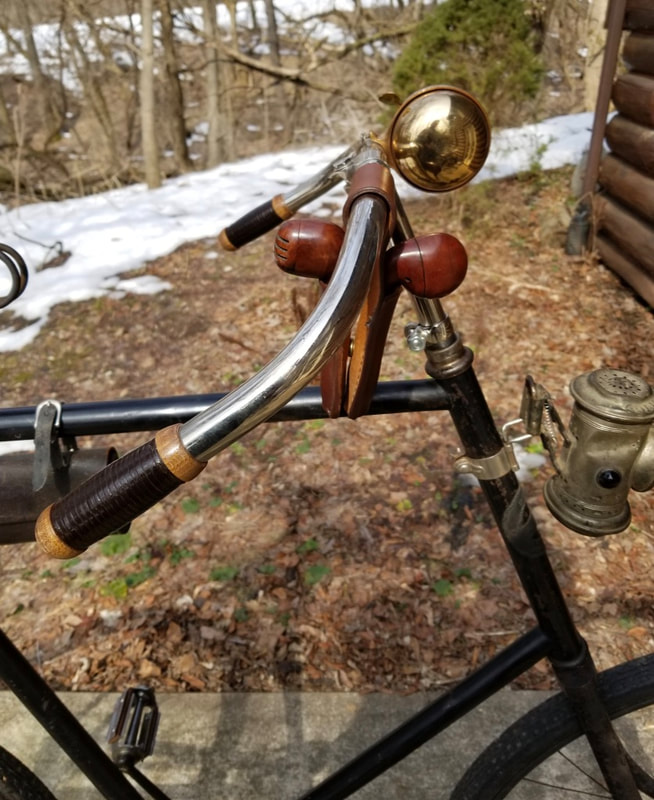 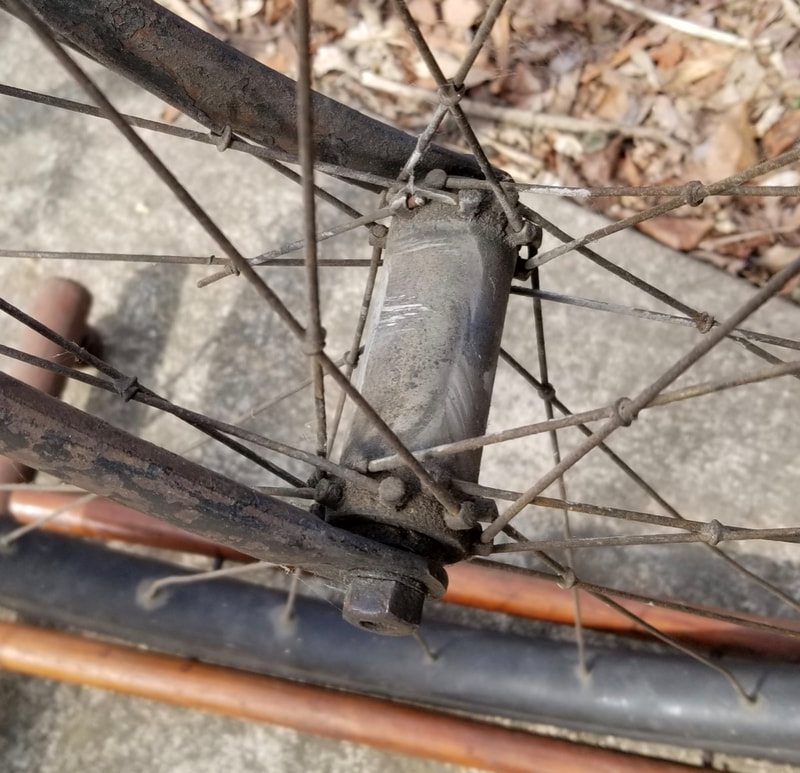 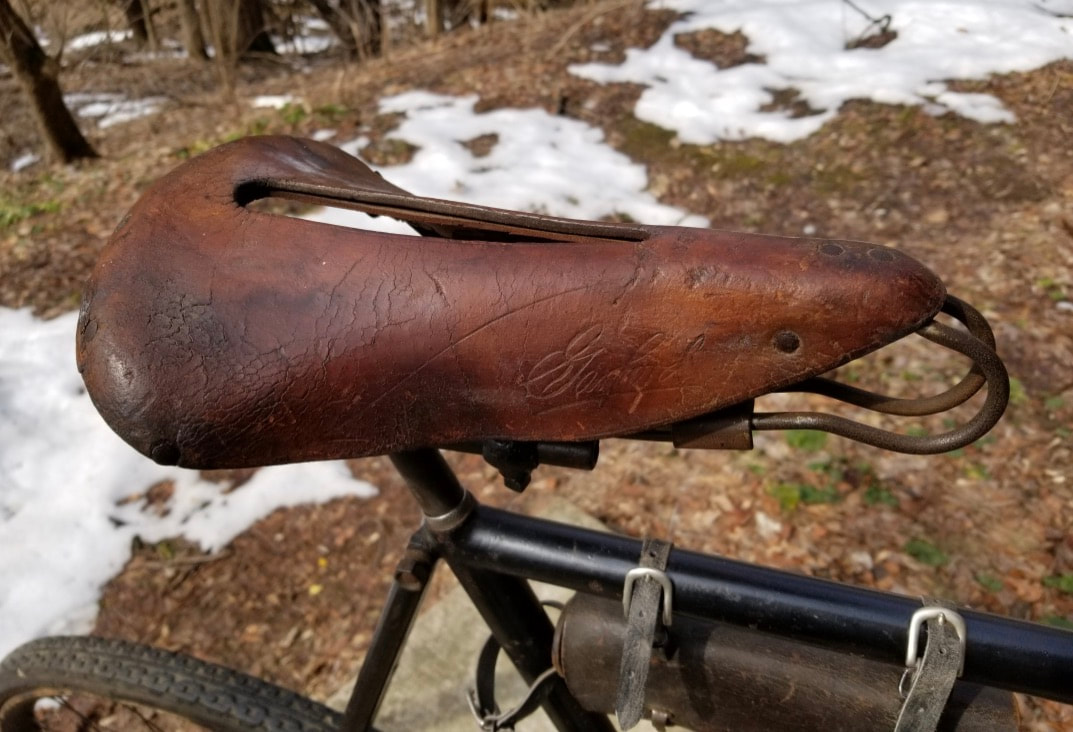 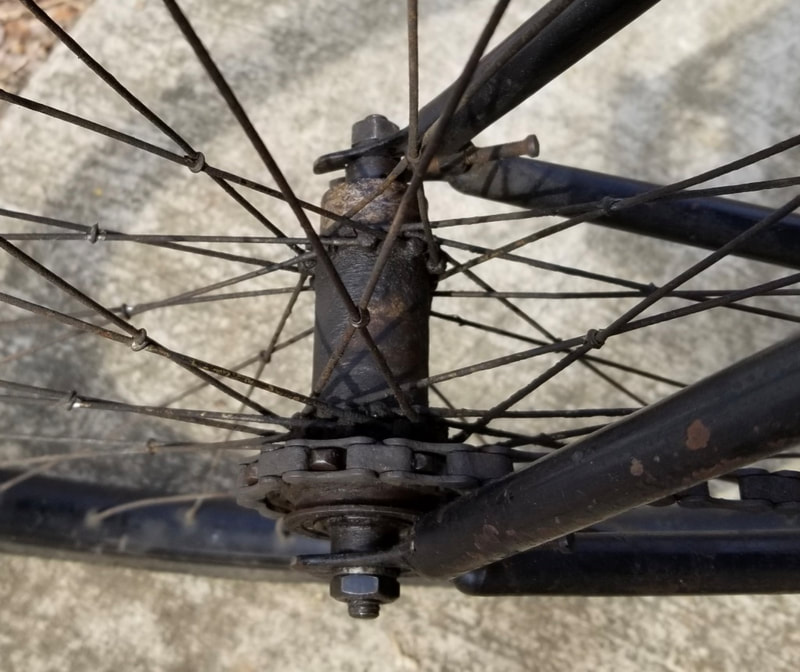 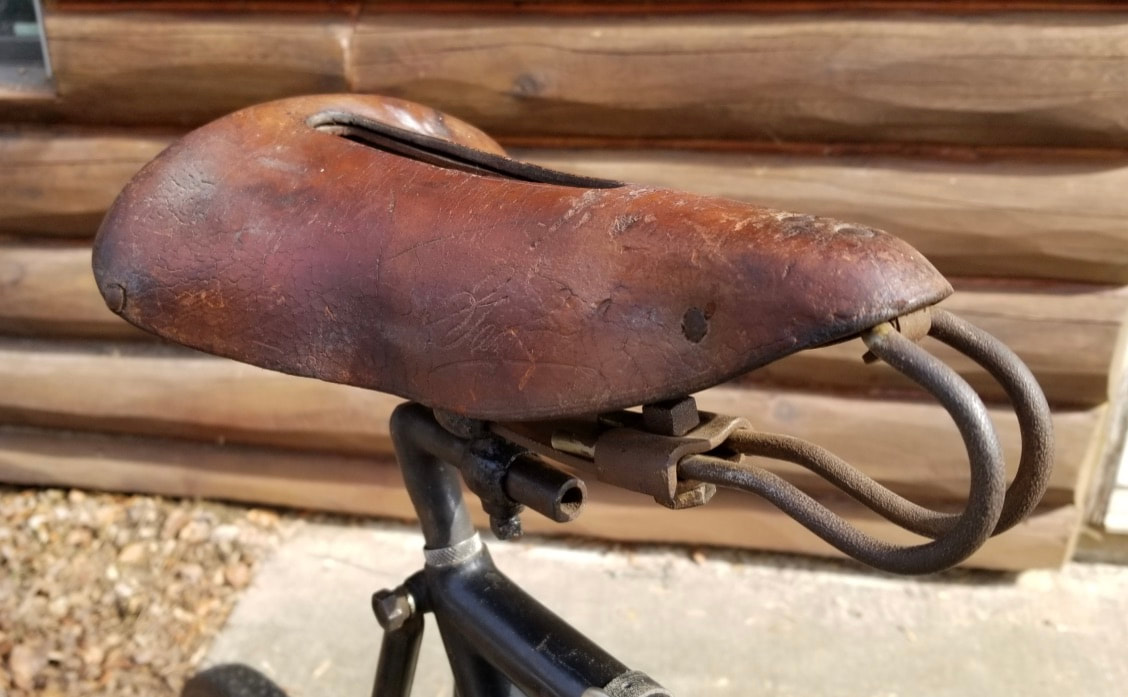 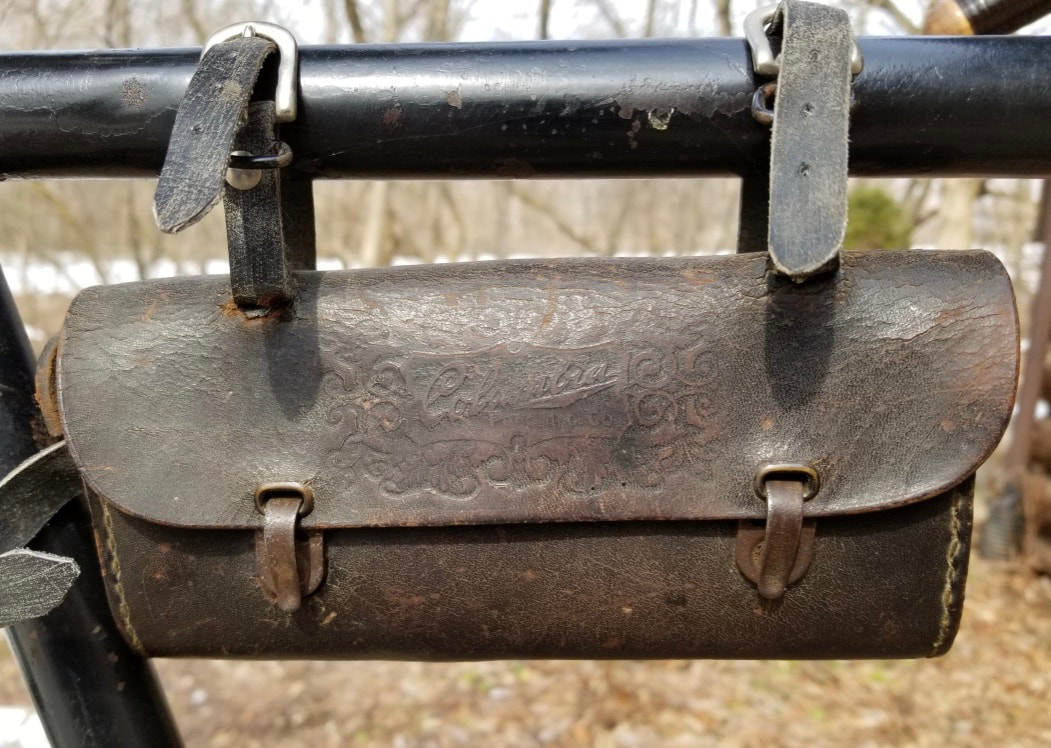 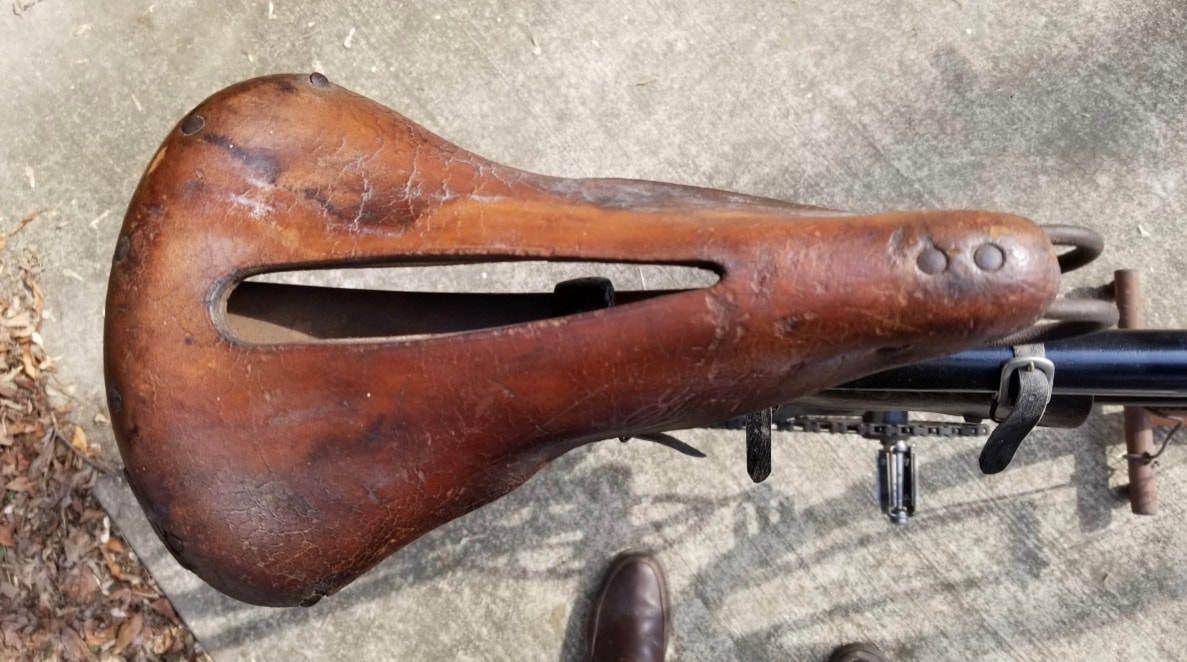 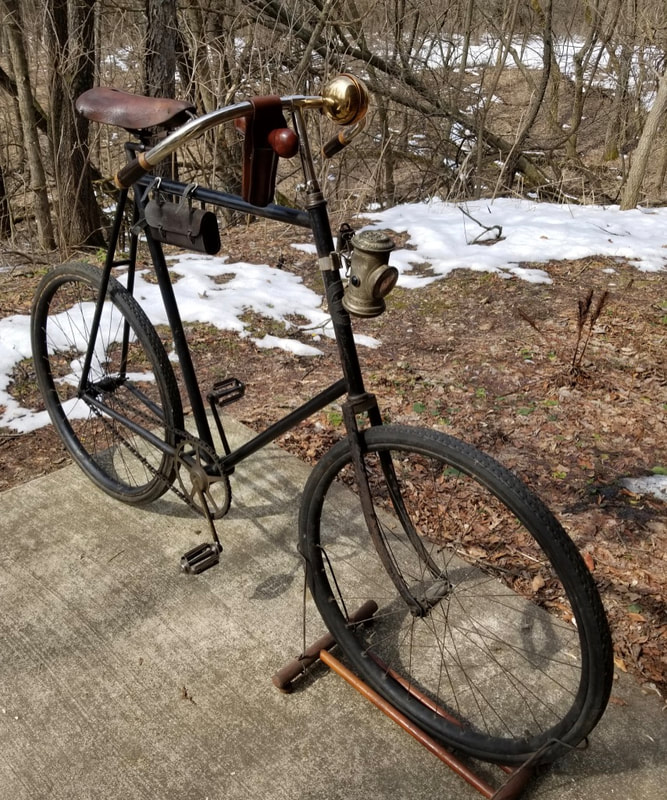 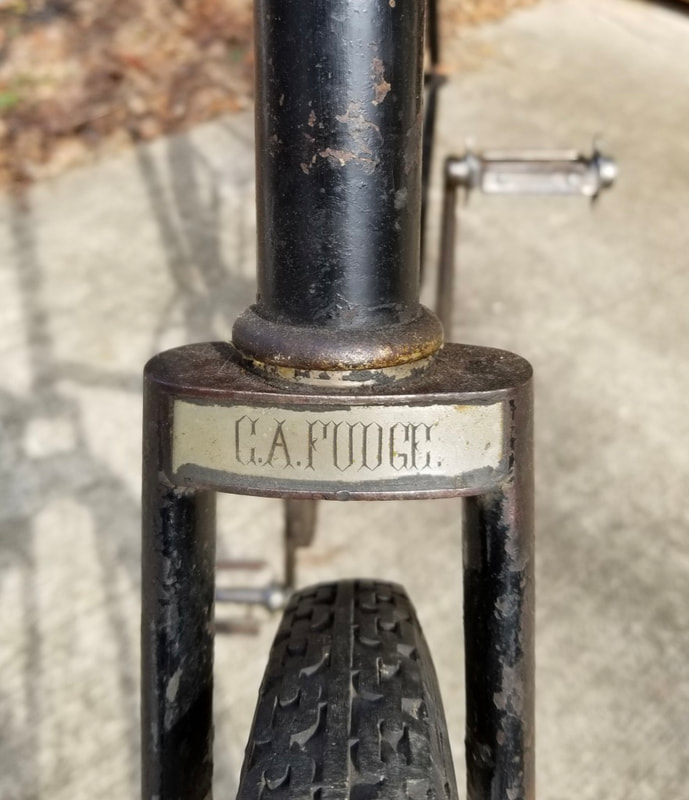 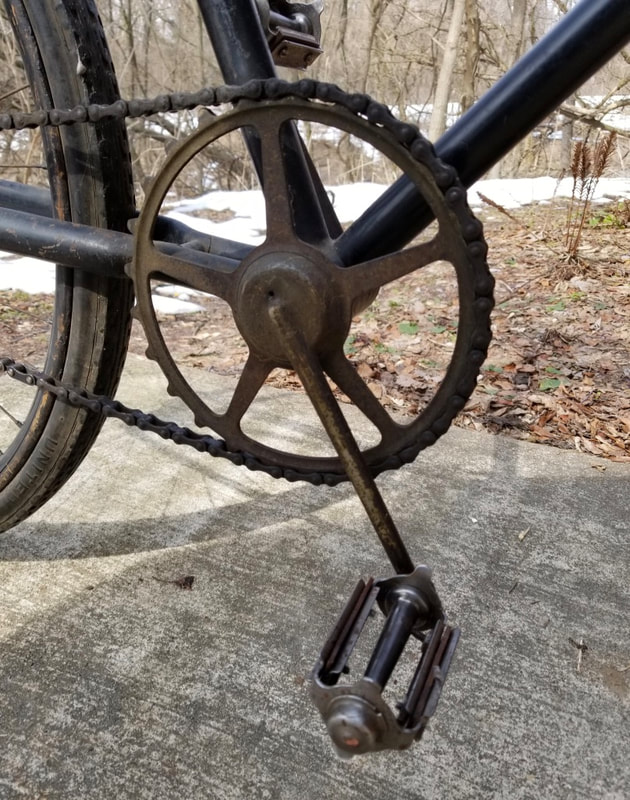 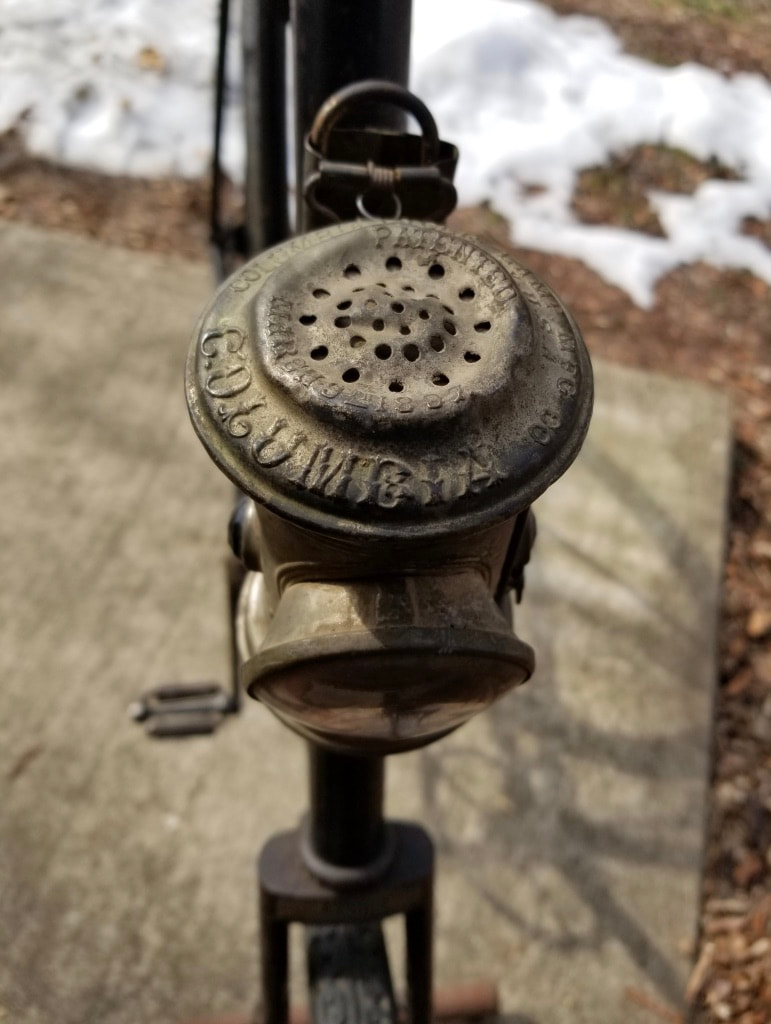 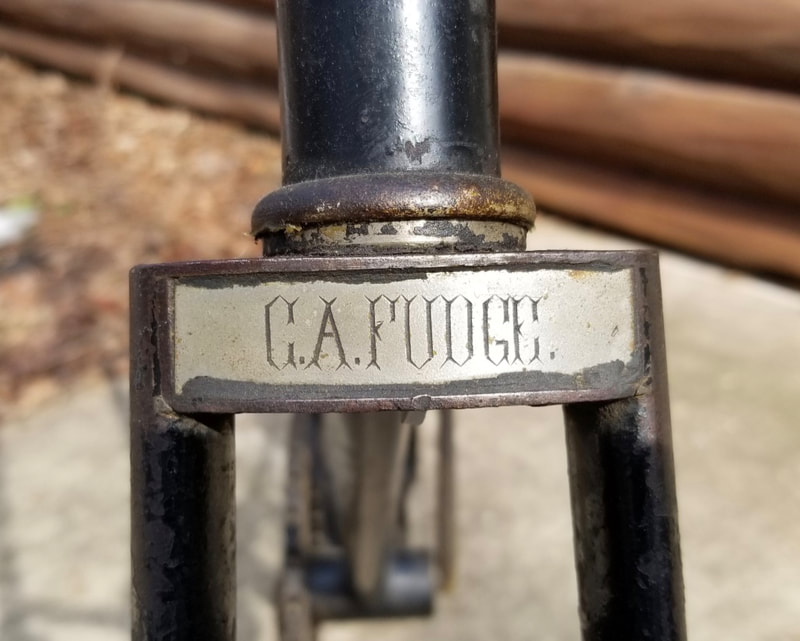