To​The Greek god Hermes was "able to move quickly and freely between the worlds of the mortal and the divine, aided by his winged sandals...(He was a) 'soul guide'--a conductor of souls into the afterlife...In Roman mythology, Hermes was known as Mercury." --Wikipedia

When I found the Hermes you see here, made in the Nyman bicycle factory in Uppsala, Sweden, it was smothered in gray primer. My friend Charlie Dixon slowly and painstakingly removed the primer to reveal the beautiful  original maroon paint beneath. Unfortunately, the mudguards and rear tool-box carrier required a respray. (Top and bottom photos show the Hermes with pedals added, next to its Swedish companion, a 1947 Crescent, featured elsewhere on this site). The remarkable lugs on this bike are beautiful, but purely cosmetic. 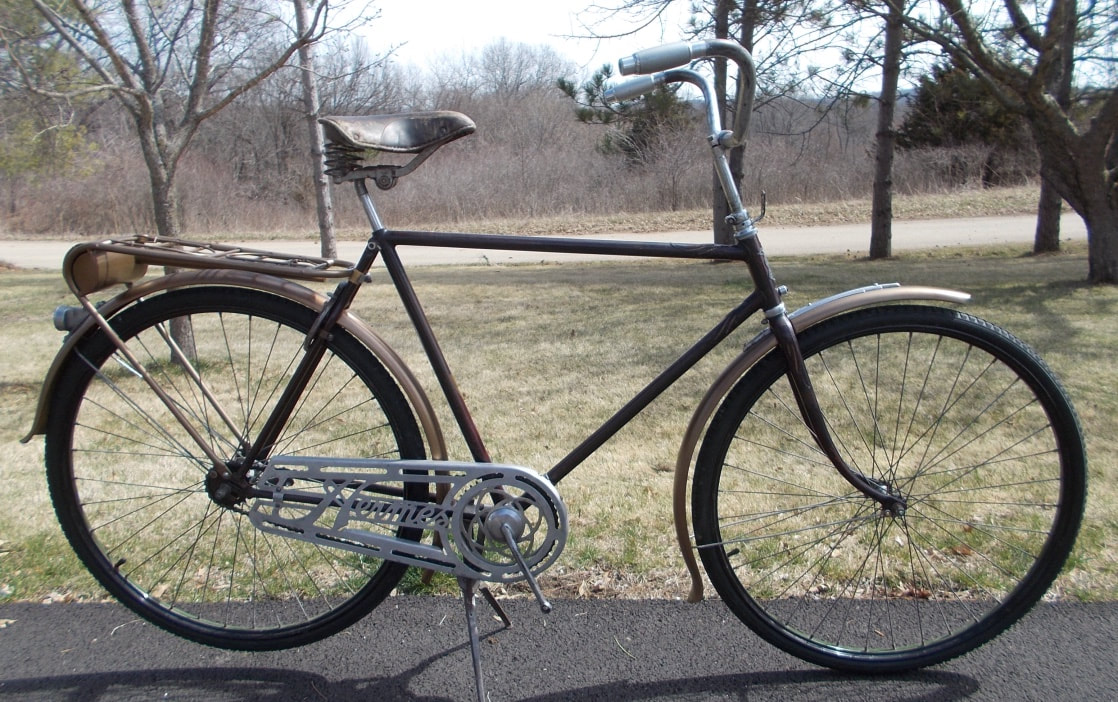 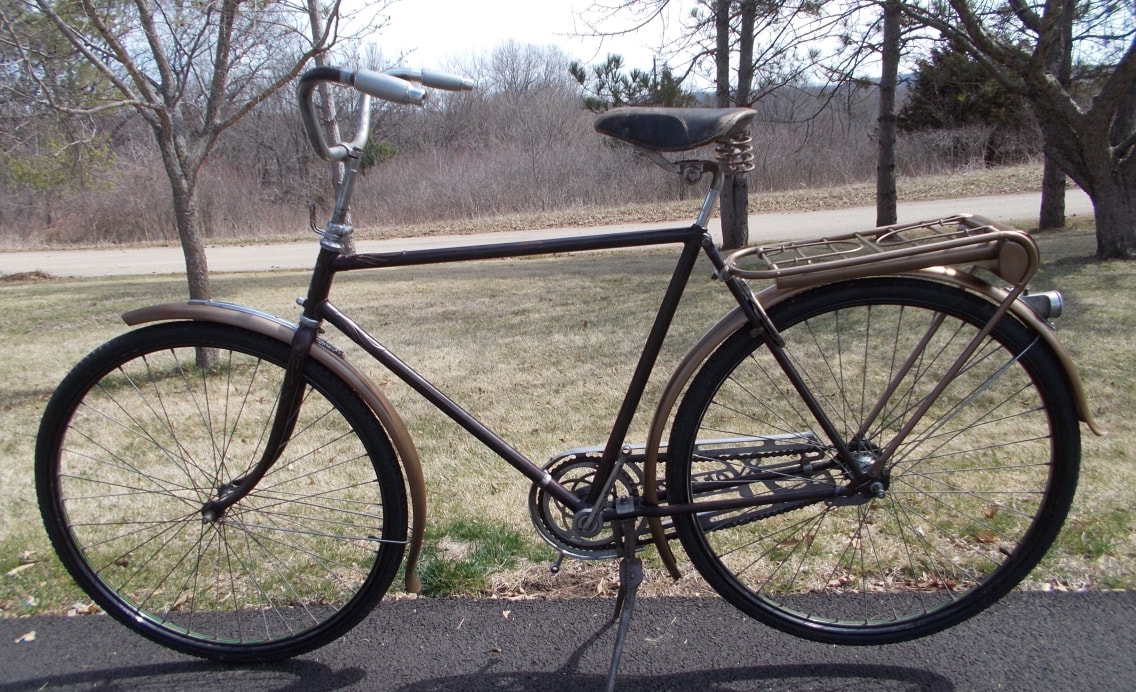 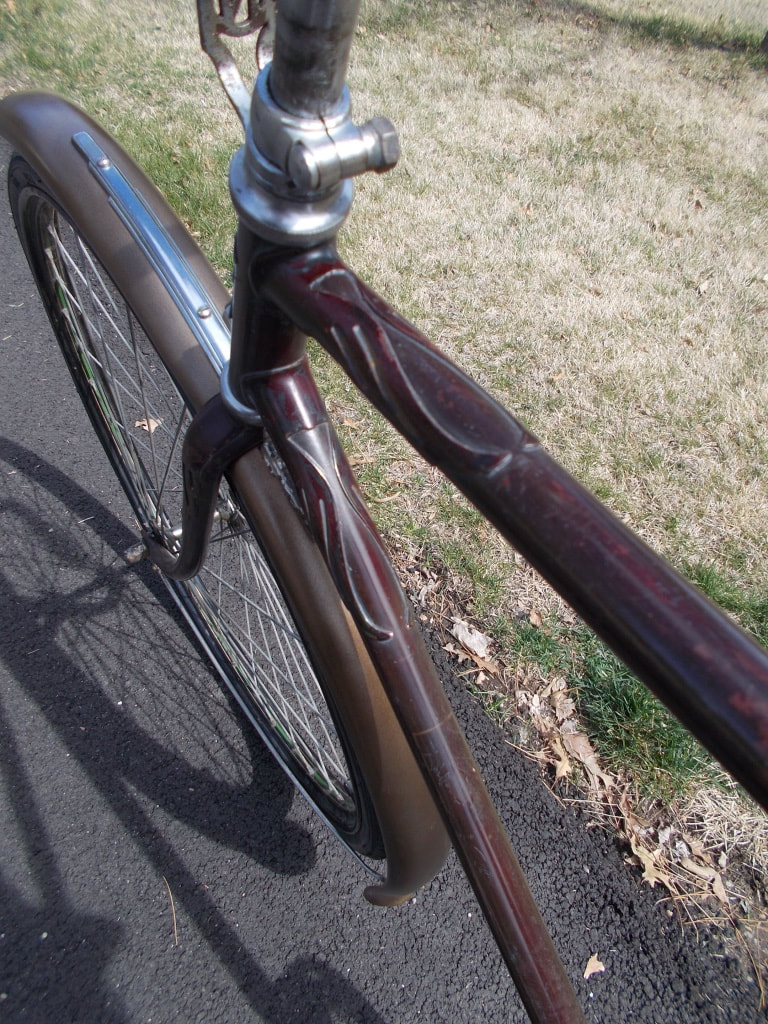 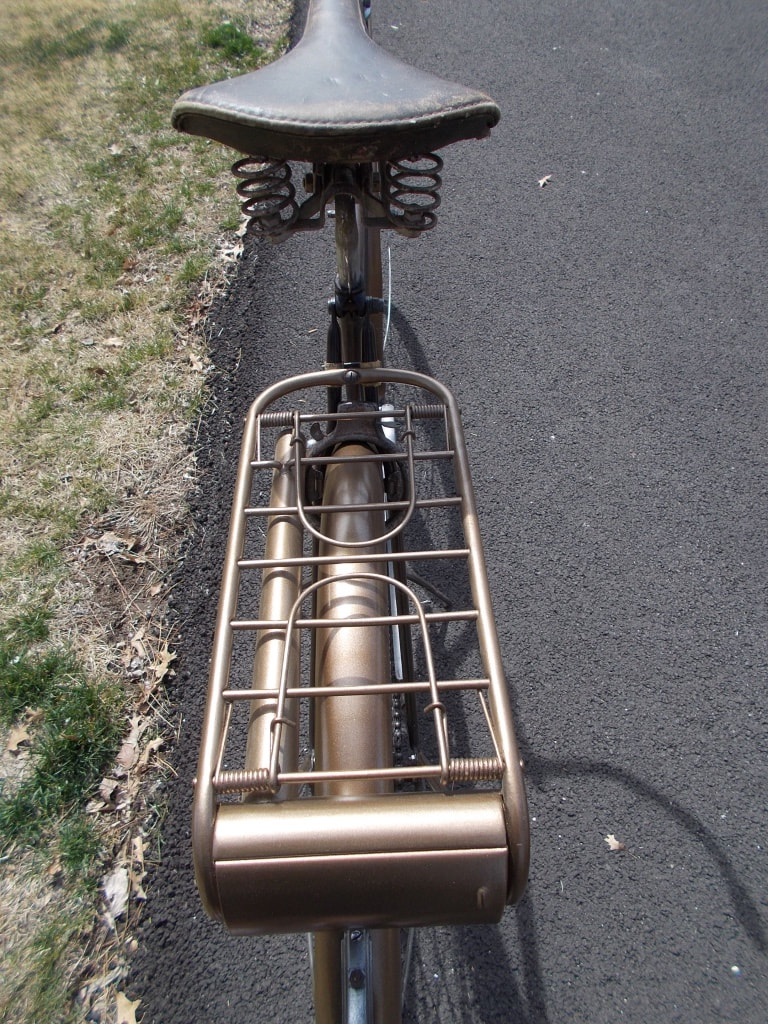 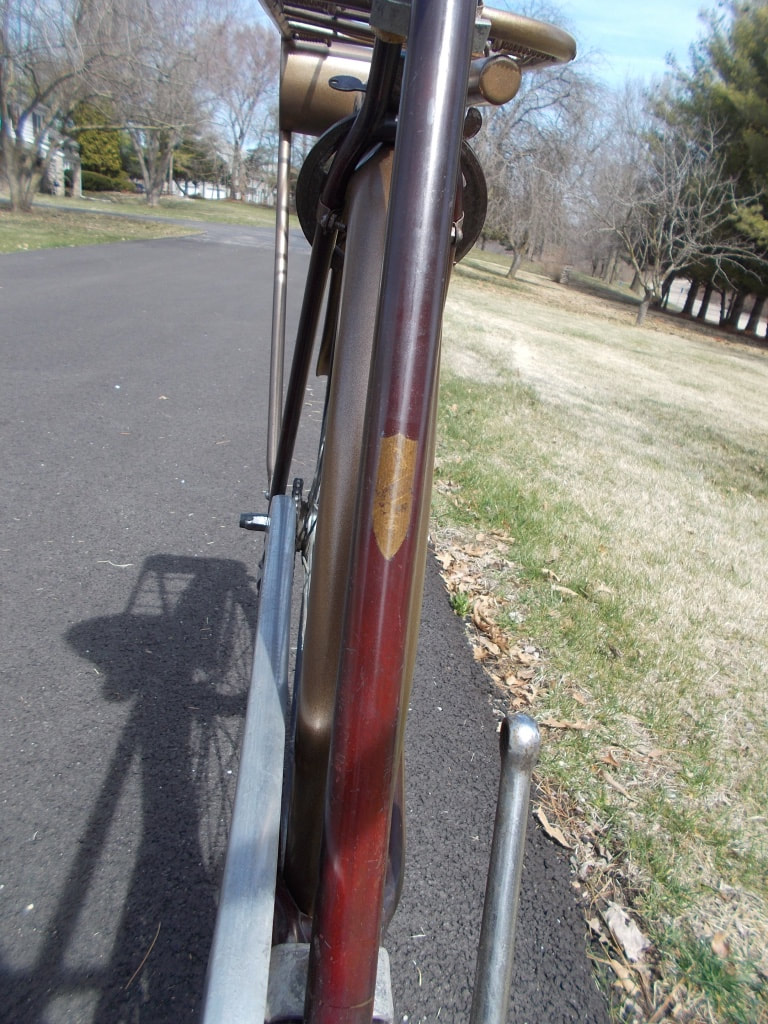 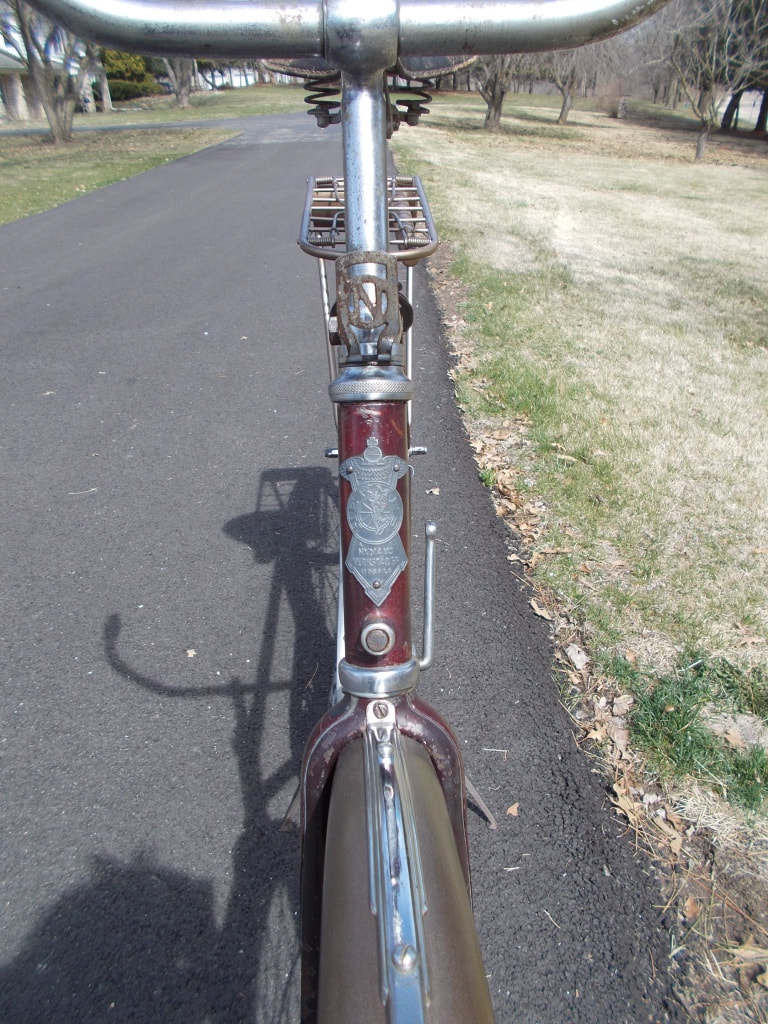 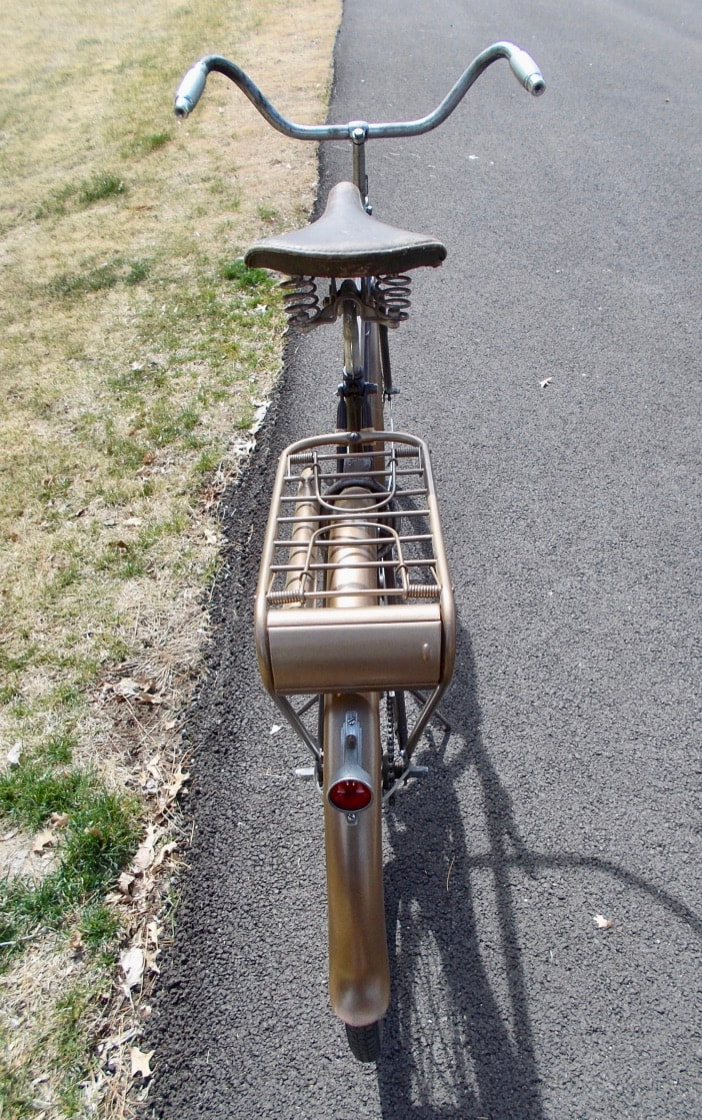 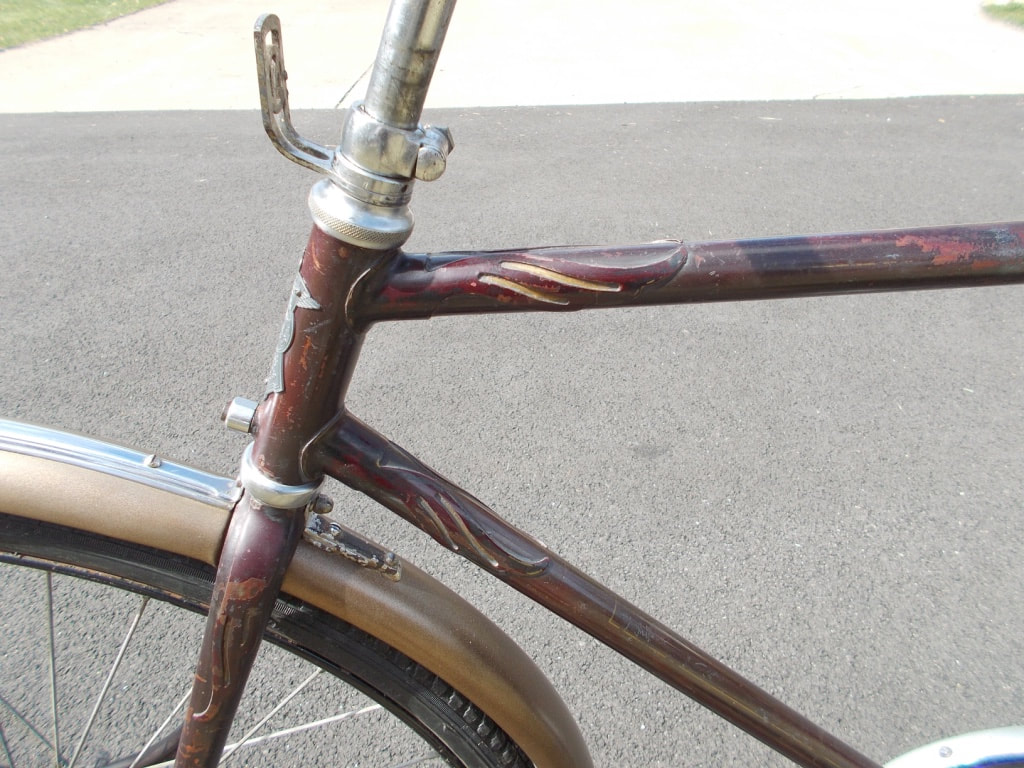 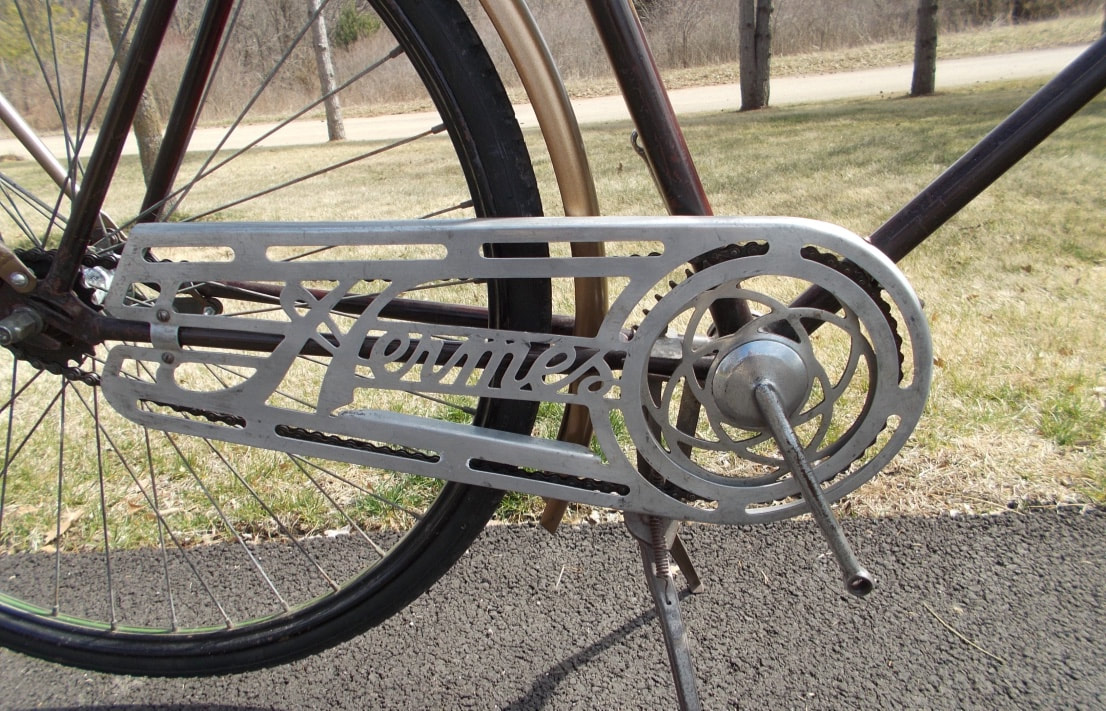 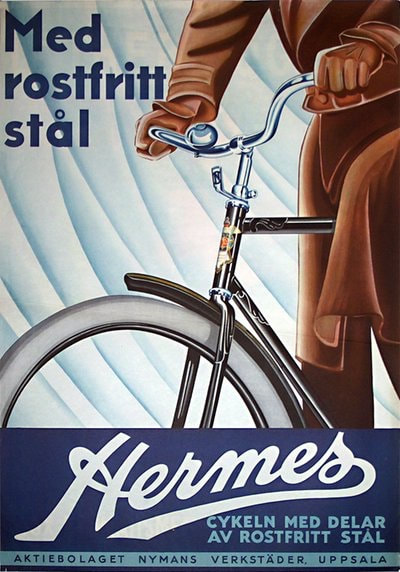 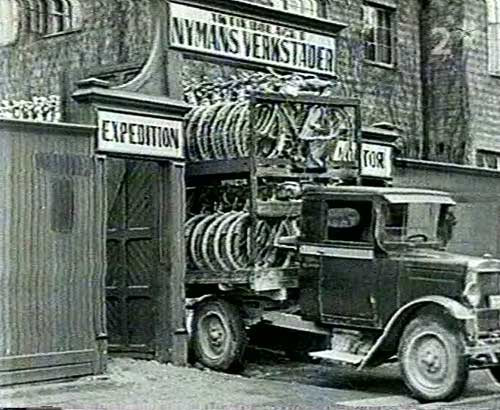 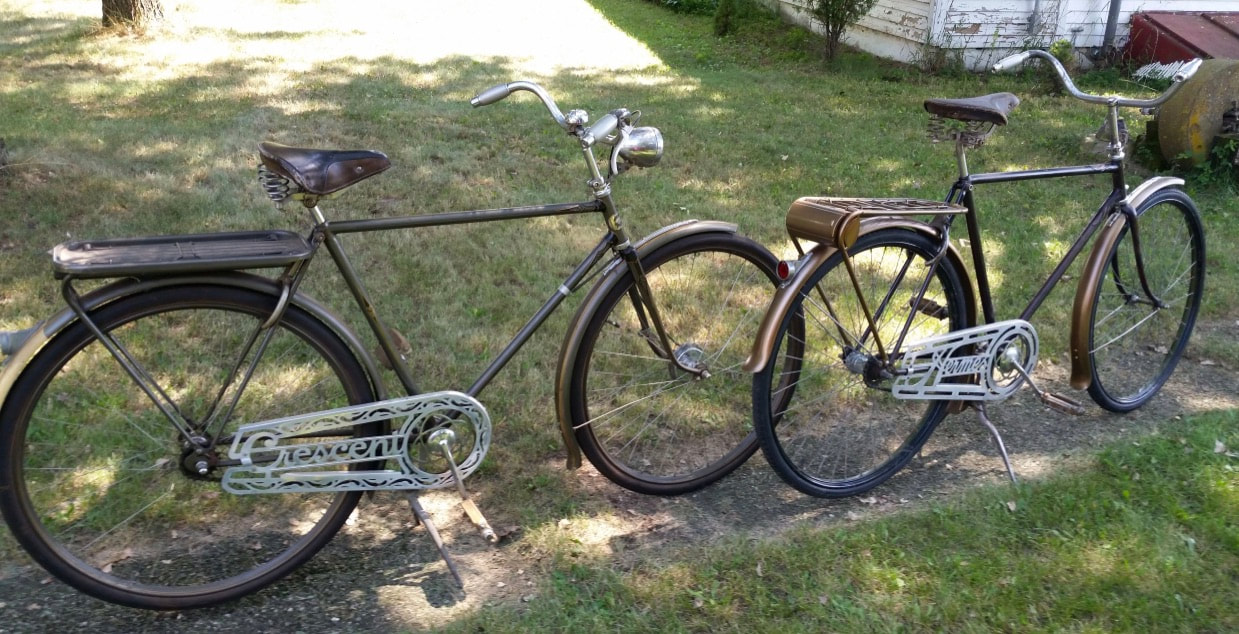