How could one not love a bicycle created in Sunbeamland?

The name for the British Wolverhampton bicycle works, manufacturers of The Sunbeam bicycle, was suggested to the originator/owner of the company, John Marston, by his wife Ellen in 1887.

"Sunbeam bicycles (always "The Sunbeam") were made in Wolverhampton from 1887 to 1937.[4] As the factory was used to sheet-metal working and japanning (the Victorian equivalent of today's oven-baked enamel or 'powder coating') the construction of cycles presented few problems. At first of similar design to other makers' machines, the company adopted a version of Harrison Carter's Little oil-bath chain case in the mid-1890s. The cycle was re-designed so that the oil contained in the oil bath lubricated the bottom bracket, chain and rear hub, the only cycle so designed to date.

The Sunbeam was designed to last a gentleman a lifetime and such is their longevity that models a century old still have their original finish, chain and transmission. The top model was the "Golden", with alloy wheel-rims, epicyclic two- and three-speed gears and real gold-leaf pin-striping. The "Royal" was of the same quality but had red lining and simpler equipment. The 'RR' model was used at the Olympics in 1929 and the later 'Golden Light Roadster' was made from the latest 'Cromoly' tubing. These and other models were made alongside the motor cycles at "Sunbeamland", Pool Street, Wolverhampton until 1937 and subsequently, to the same designs, by AMC until 1943 and BSA until 1957." --Wikipedia

I have been searching for Sunbeams for over thirty years. A Sunbeam bicycle is beyond aristocratic--it is positively regal. Stately. Refined. (It must be admitted that the subtle qualities of a Sunbeam may be lost on some. I remember talking with the great Sam Fitzsimmons at a Memory Lane swap meet years ago. Sam had purchased a beautiful old Sunbeam (for a song) before I arrived on the scene. I congratulated Sam, saying "This Sunbeam is so beautiful in every way, I think one could collect nothing but British roadsters!" Sam responded by saying "Daniel, you know what you would have if you collected nothing but British roadsters? A basement full of black bikes."

Be that as it may, a well-adjusted Sunbeam is not only beautiful; it rides like a dream. John Marston was said to be a perfectionist;  his machines have been called "The Rolls Royce of Bicycles." (As much as I love Raleighs, when placed next to a Sunbeam, in my opinion they rather suffer in comparison). The fact that many of Marston's bikes are still being ridden 100 years after they left Sunbeamland is a testament to his insistence on achieving the highest quality.

I believe the Special Sunbeam pictured here was manufactured in the 1930s. Today the downturned handlebars would place it in the "sport touring" category. There is still work to do on the bike. I will soon attach a battery tube for the Powell and Hamner lamp, and arrest a bit of corrosion here and there. If you are interested in Sunbeam bicycles, I urge you to consult my friend Colin Kirsch of the onlinebicyclemuseum. He owns several very rare machines, and is an expert on all things Sunbeam.
​
Note the toe clips on my Special Sunbeam, designed expressly for rubber-block pedals, and the "dreadnought" carrier on the rear.  Thanks to Bill Smith for bringing the bike to me from Michigan. More and better photos will be forthcoming. 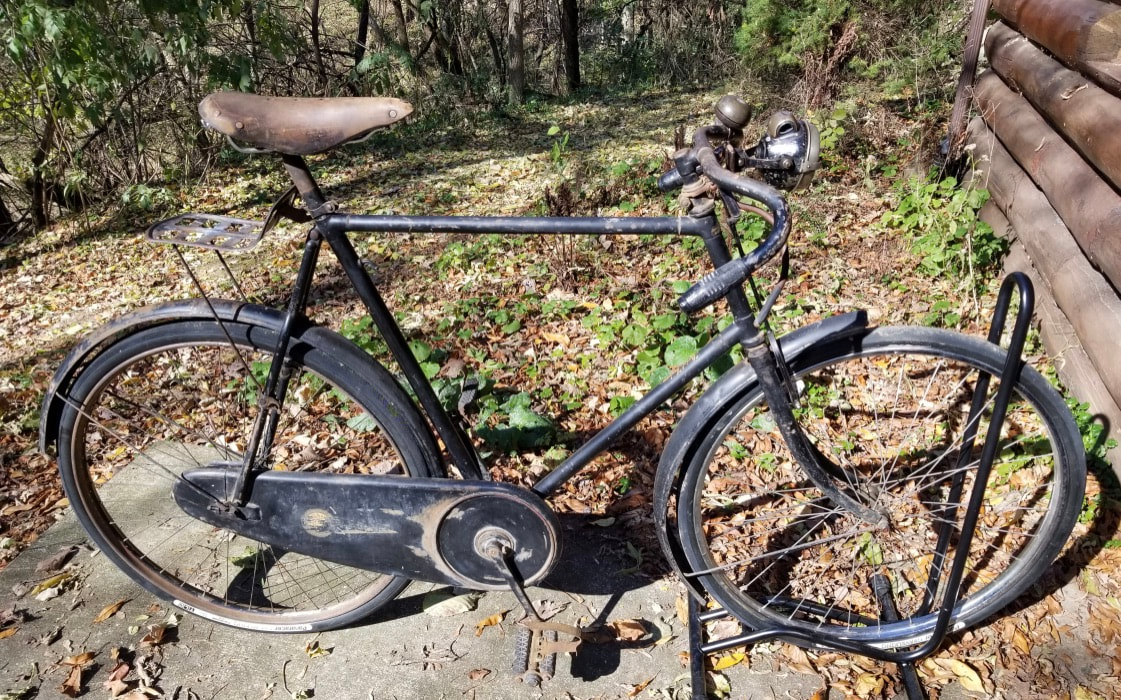 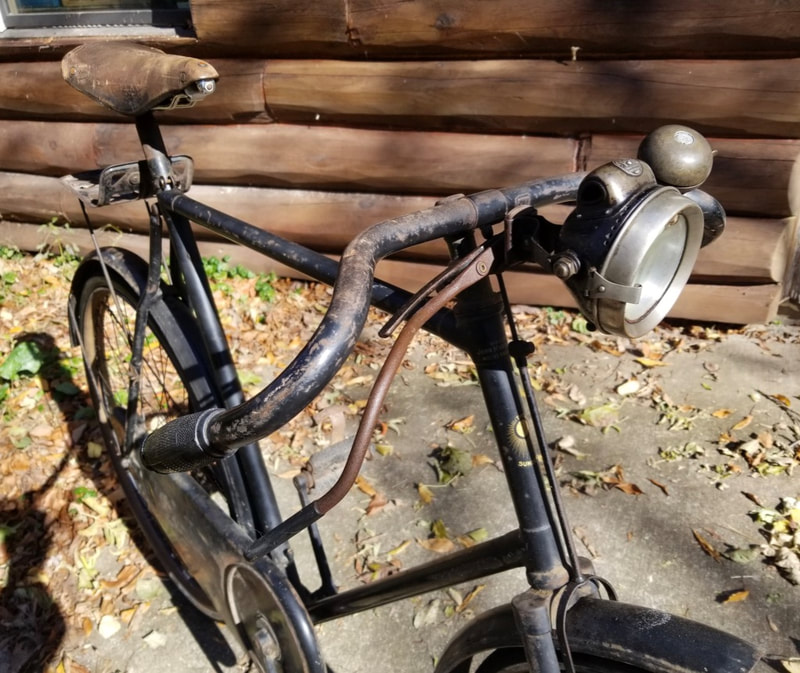 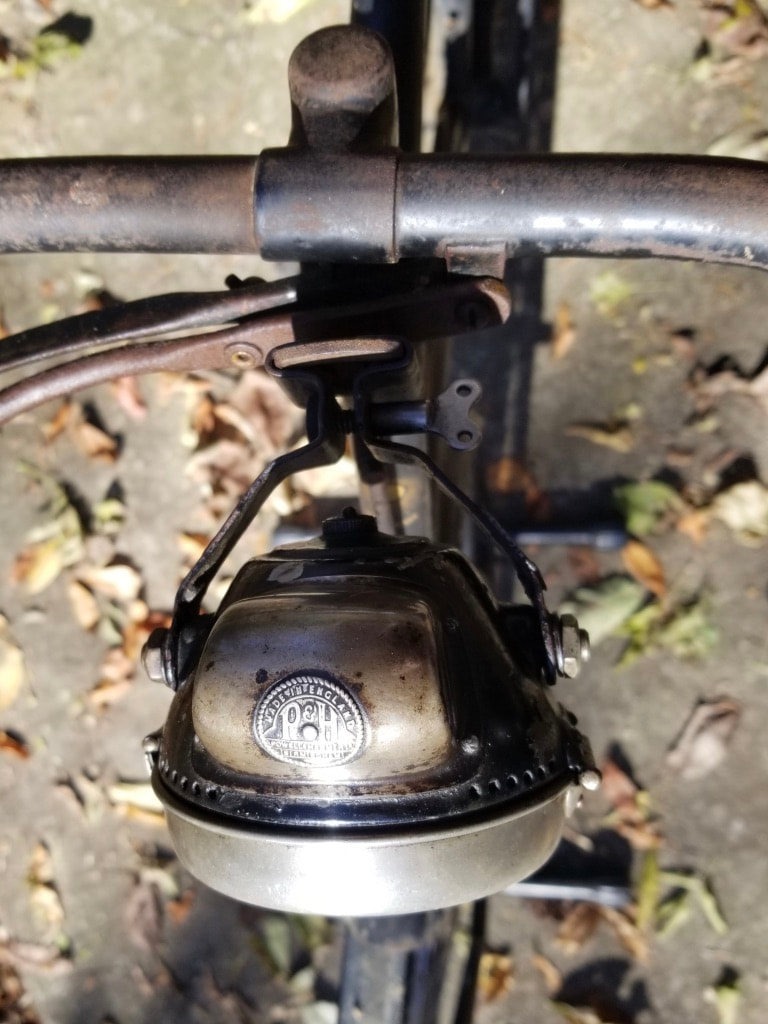 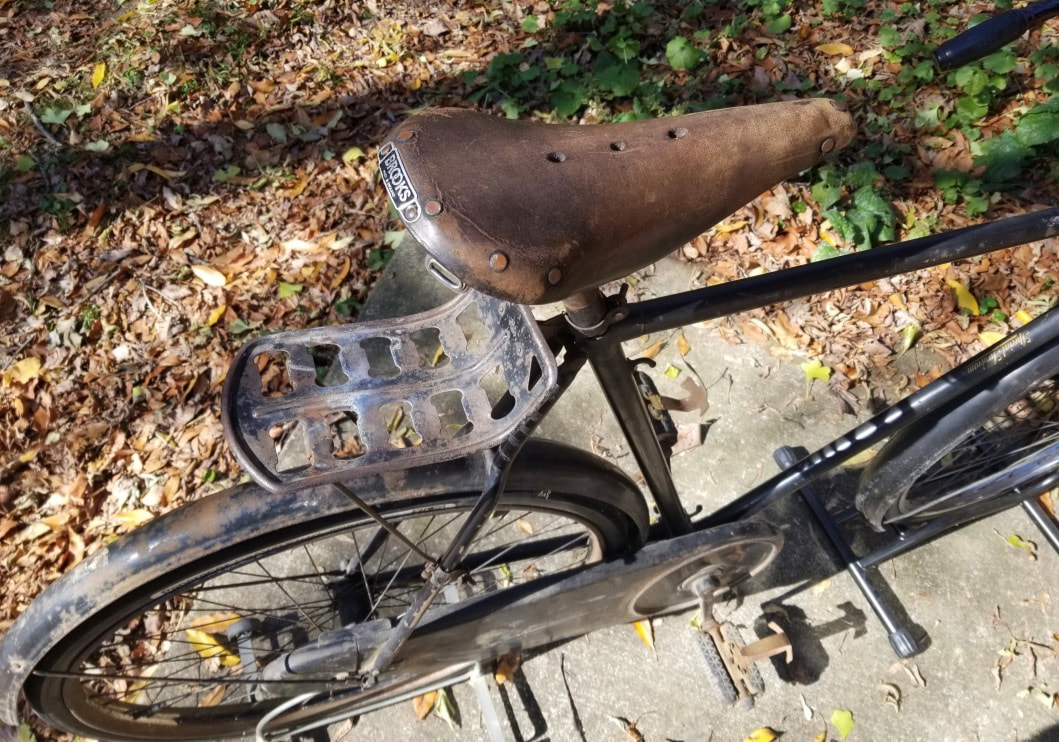 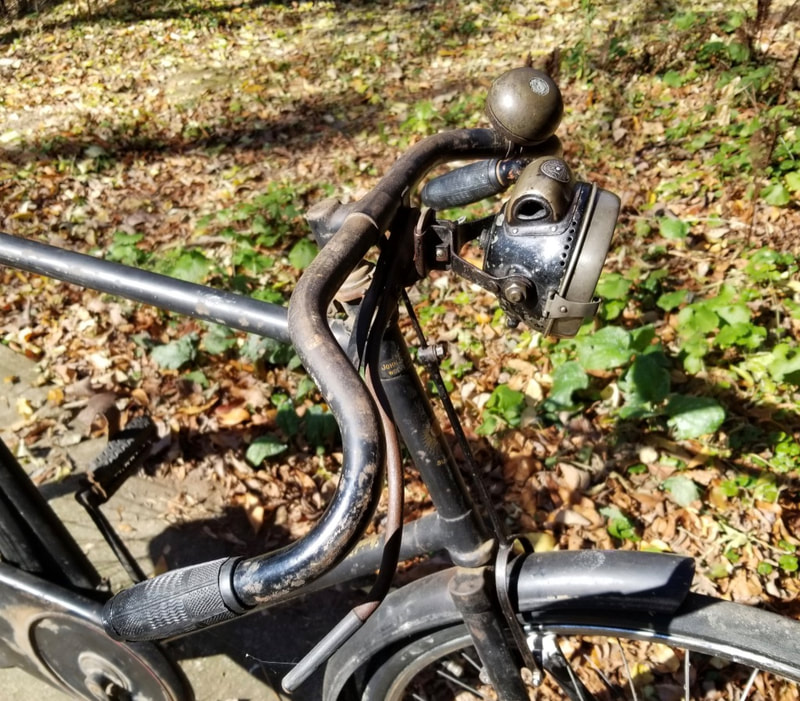 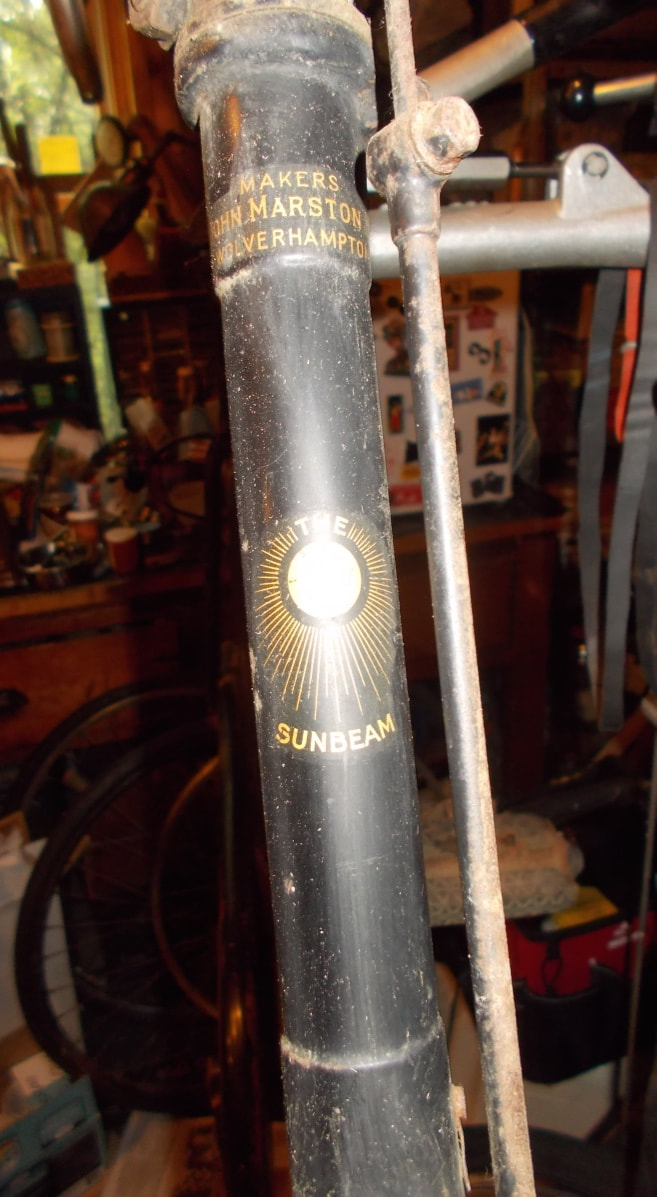 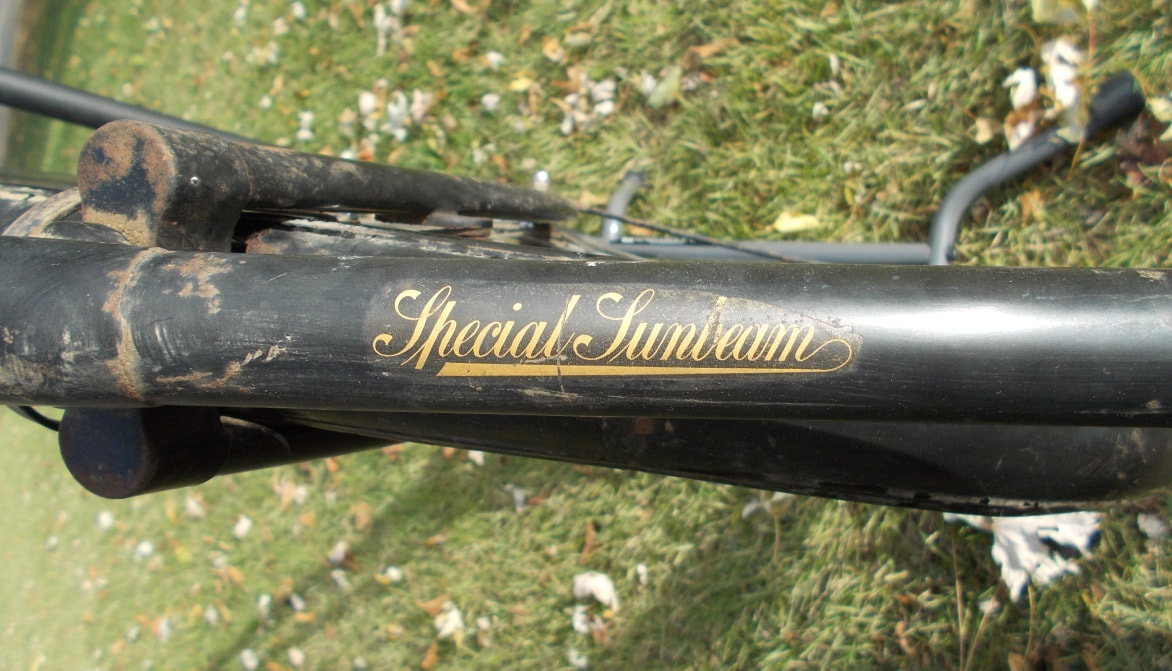 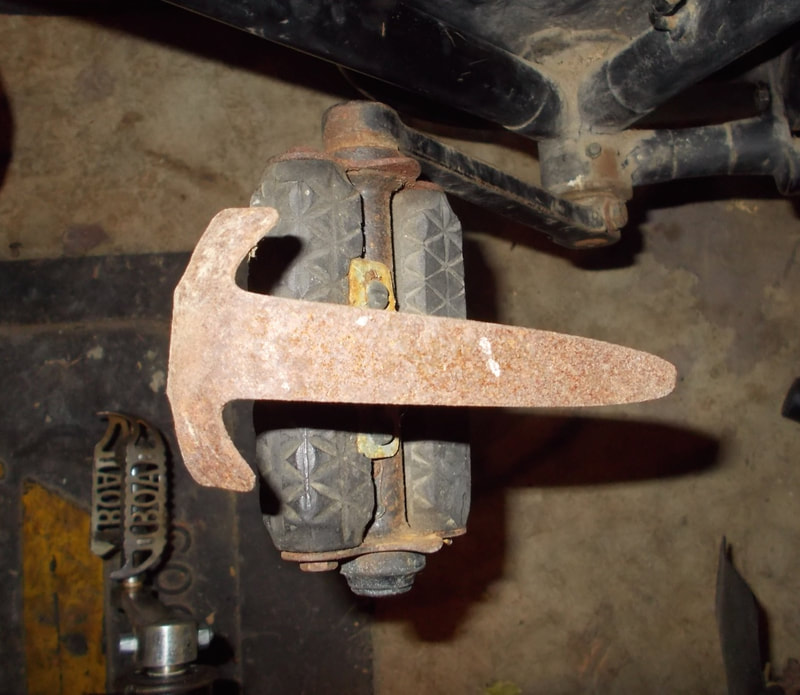 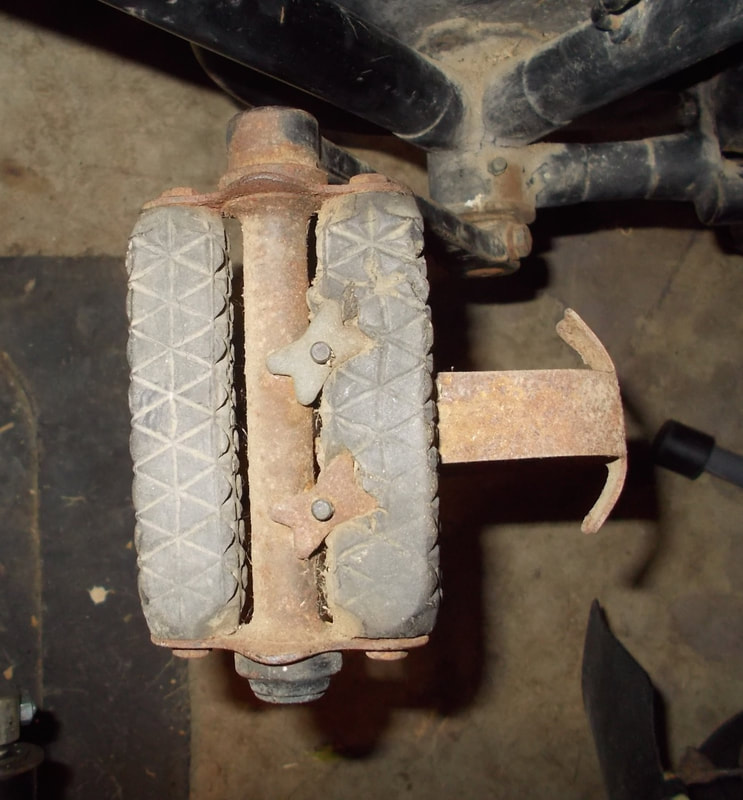