​The United States Army had no designated bicycle corps during World War II. Bicycles were procured by the Army for dispatch and messenger service, and personal transportation around depots, camps, and airfields. My 1943 Dayton military bicycle, pictured below, was made by Huffman Manufacturing in Dayton, Ohio. I was told at the time of purchase that it had come from a U.S. military base in the Pacific Northwest.

Genuine WW2 U.S. Army bicycles are rare. Most of the bikes displayed at military reenactments and ridden in parades, etc., are civilian models repainted in olive drab in imitation of the real thing. The vast majority of surviving U.S. WW2 military bicycles I have seen through the years have been made either by Columbia or Huffman, and of these, most are double tube models.

My Dayton is presented here as it was found in a Kansas City antique mall many years ago. (I remember driving from northern Illinois to K.C. and back to prevent possible damage in shipping. Dedicated collectors are willing to put many miles on their trucks and cars in service of "the cause.") It is original and complete, with a Messinger saddle and tool bag, "United States" 26 inch heavy-duty balloon tires, wooden pedal blocks, and motorcycle gauge spokes. (Unfortunately, when found, the tires had apparently sat deflated for so many years they have developed flat spots. At this point I am reluctant to replace the tubes and inflate them for fear of causing further damage).

Place one old bicycle next to another bicycle and you have a story. At present my 1943 Dayton stands next to my pre-WW2 Bianchi military bike (seen elsewhere on this site). 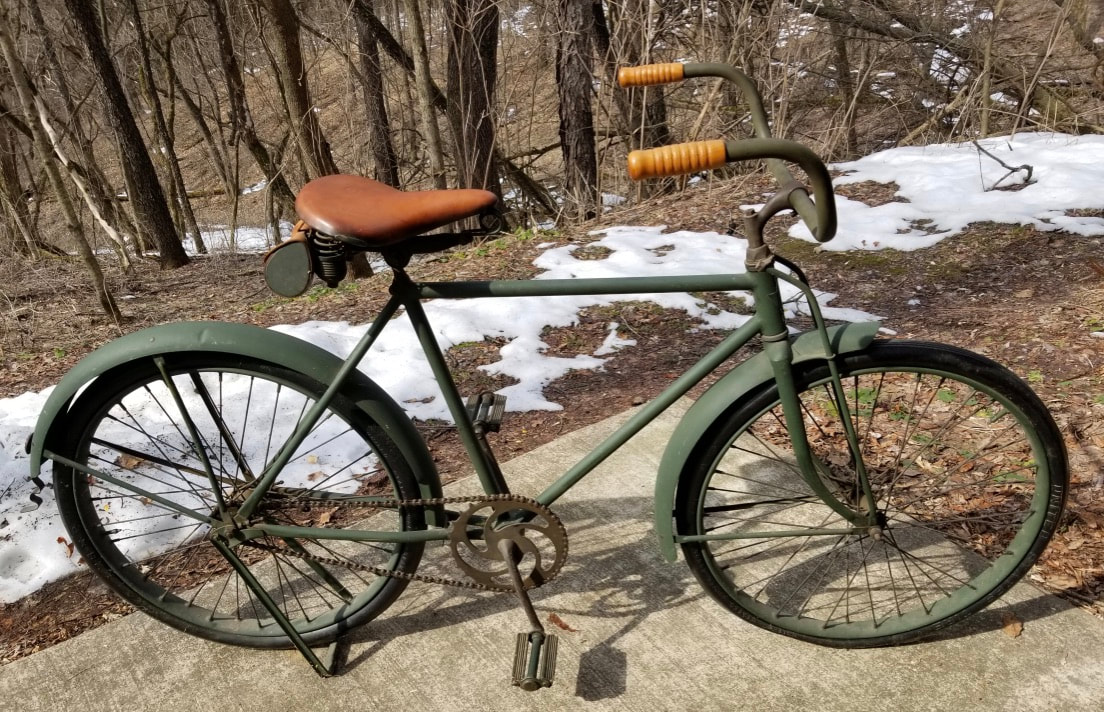 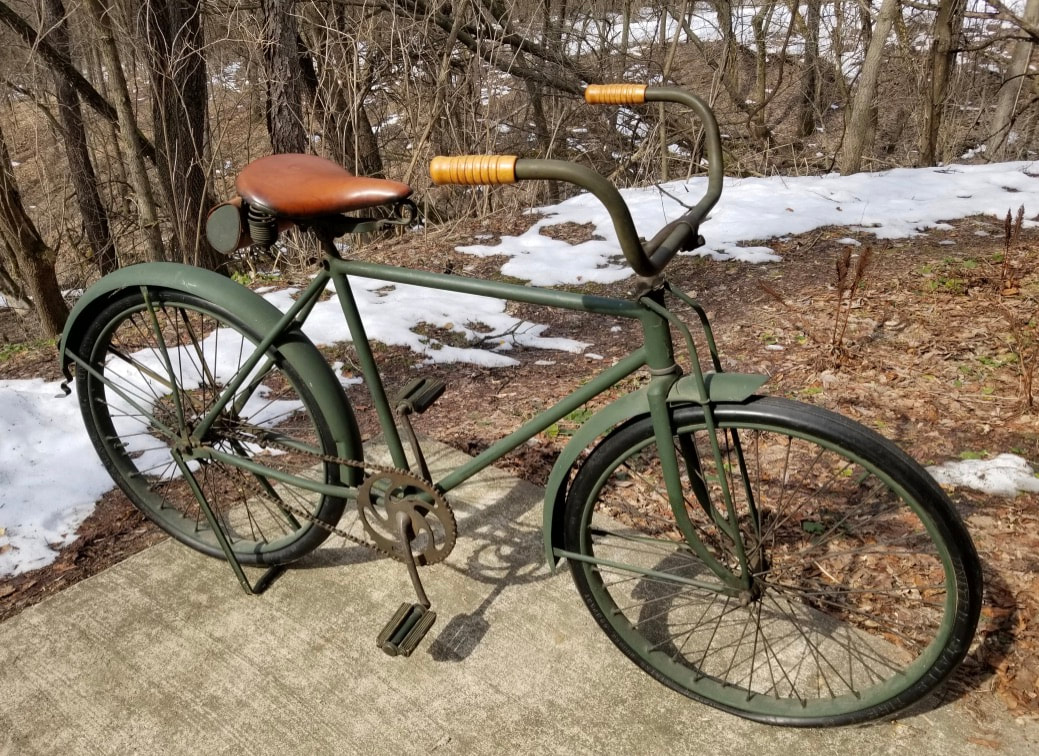 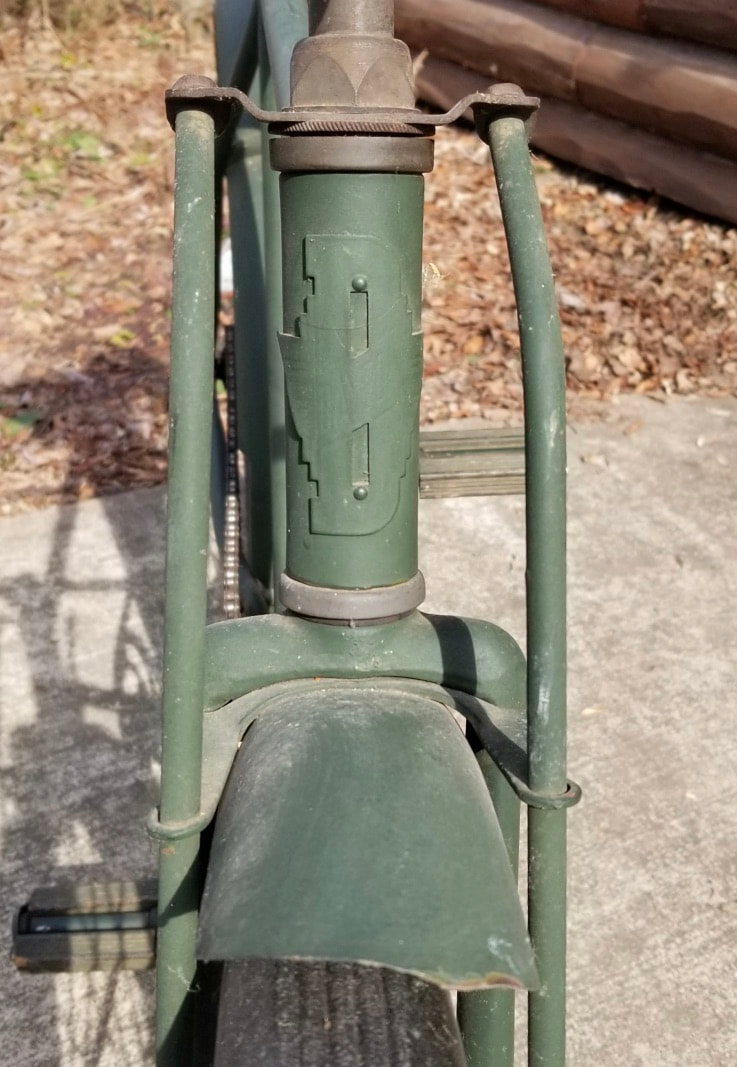 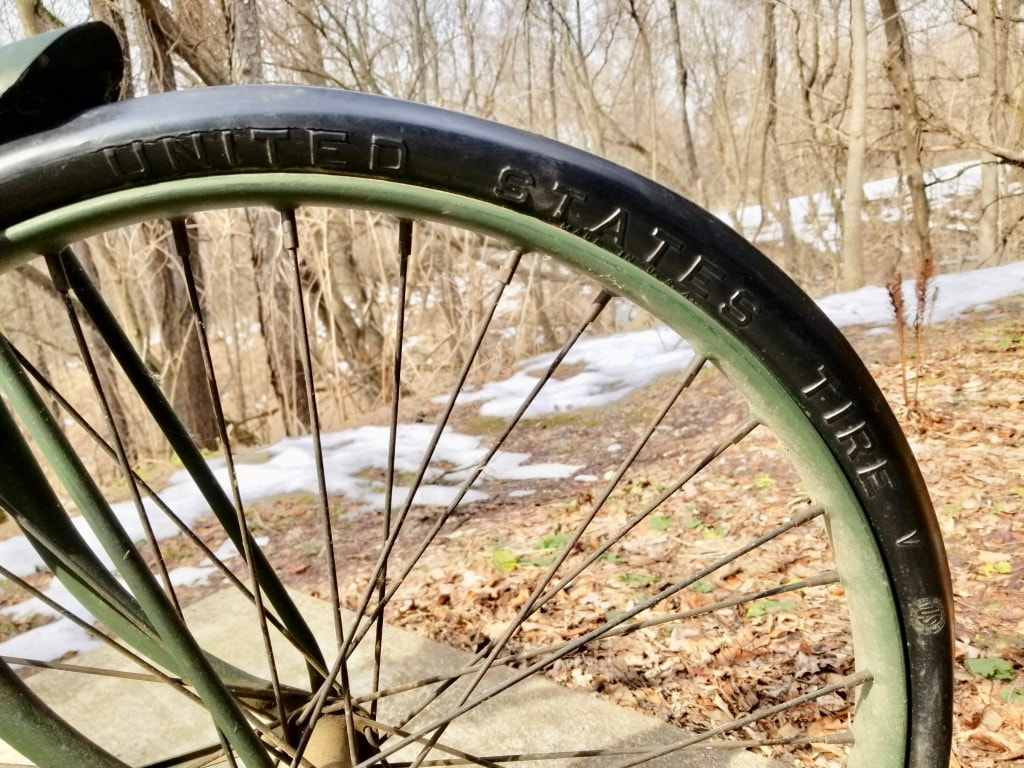 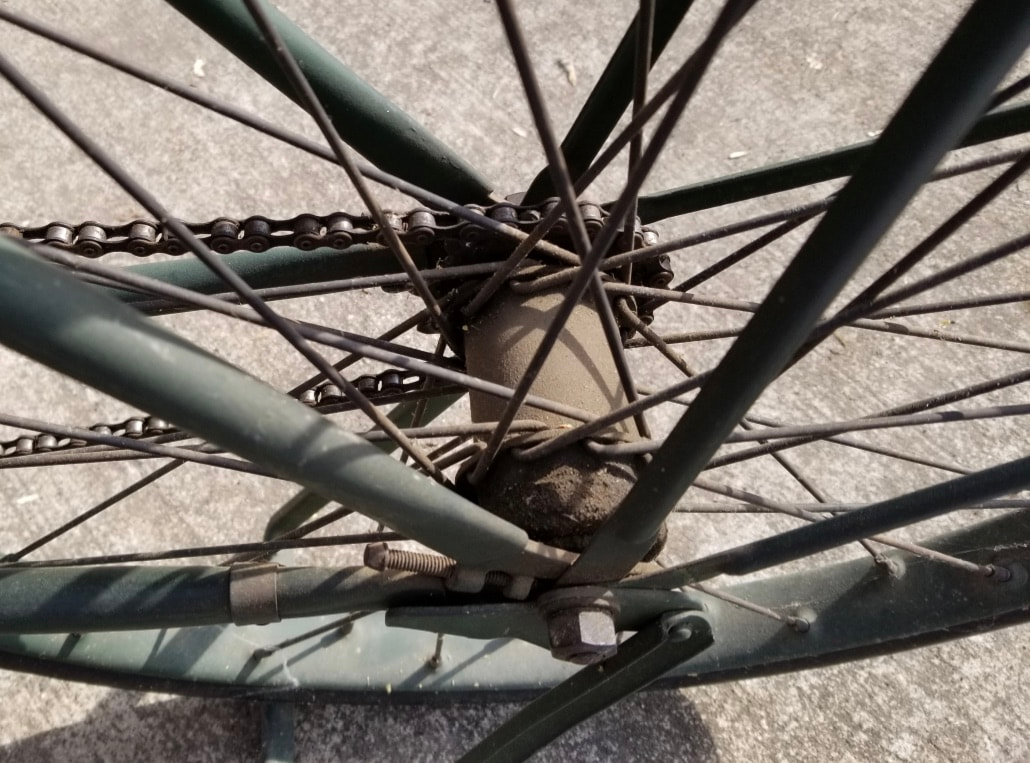 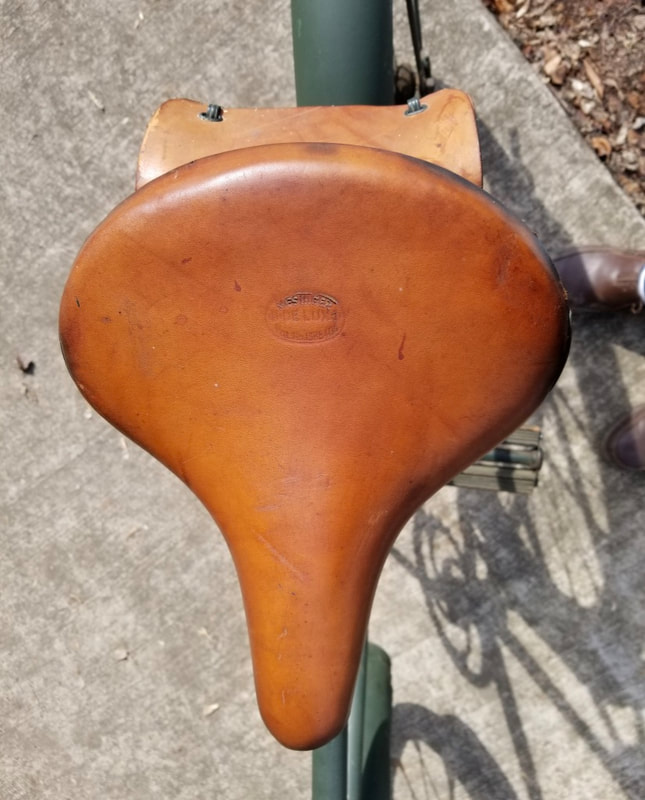 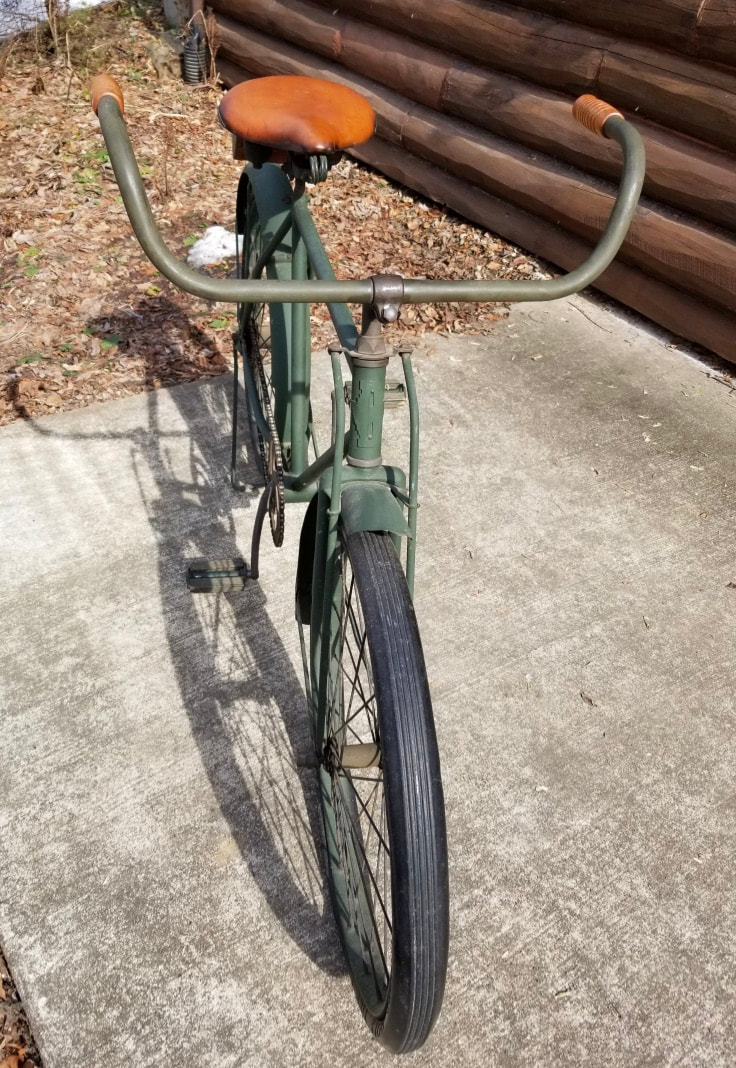 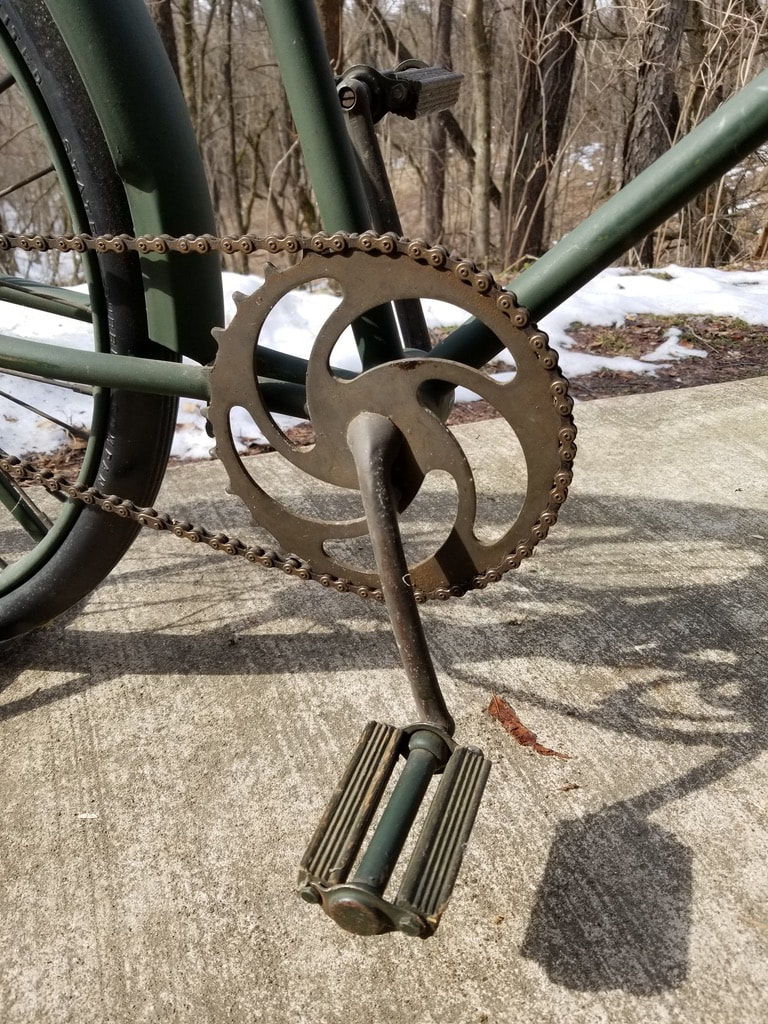 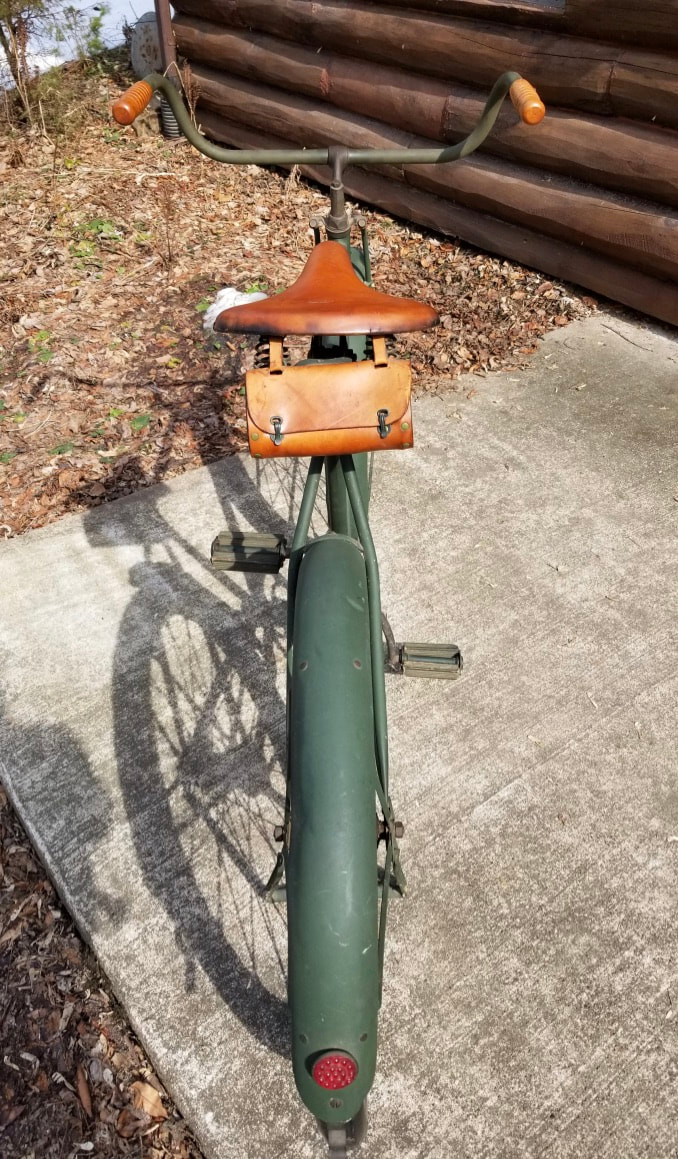 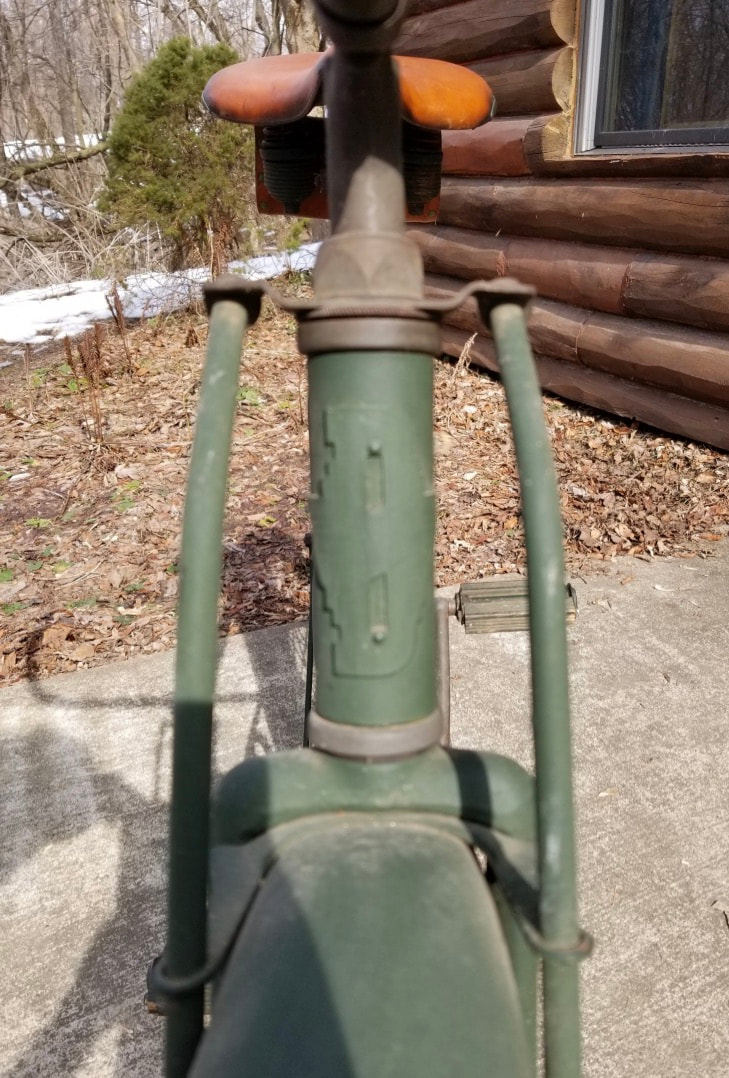