The British established a Crown Colony on the island of Bermuda in the North Atlantic in 1684. Since 1949, Bermuda has remained Britain's oldest overseas territory. I have good reason to believe that had you vacationed in Bermuda in the 1930s and wanted to see the island by bicycle, you might very well have ridden the Humber "Bermuda" bicycle pictured here. If you were a single male, you might have asked one of the many native Bermudian or American girls on the island to go riding with you:

"Tourism in Bermuda first developed in Victorian times, catering to a wealthy elite seeking to escape North American winters. Many also came hoping to find young aristocrats among the officers of the Garrison and Naval base to whom they might marry their daughters. Local hoteliers were quick to exploit this, and organised many dances and gatherings during the 'season', to which military and naval officers were given a blanket invitation.
​
Due historically to a third of Bermuda's manpower being at sea at any one time, and to many of those seamen ultimately settling elsewhere, especially as the Bermudian maritime industry began to suffer, the colony was noted for having a high proportion of unmarried women well into the 20th century. Many Bermudian women had traditionally wed naval or military officers. With the arrival of tourism, young local women had to compete with American girls. Most Bermudian women who married officers left Bermuda when their husbands were stationed elsewhere. Enlisted men married Bermudians, and many of those remained in Bermuda when they left the Army.

I believe my Humber Bermuda dates to the 1930s. The original leather chaincase was in tatters when I found the bike, so I replaced it with a correct new leather chaincase. The leather chaincase is beautiful, although it necessarily obscures the wonderful Humber "Wheel of Life" chainring (as may be seen on some of my other Humber bicycles featured on this site). I thought the bike also deserved a new Brooks B66 saddle. I made one other addition to the bike (which some might think over the top): a 1930s "Bermuda" briar pipe now hangs from the top tube in a custom leather case. The porcelain plate on the front fork and the hand lettered number on the head tube suggest the bike was available to the Bermuda tourist as a rental.  I especially like the sloping top tube and duplex front fork on this well-traveled Humber. 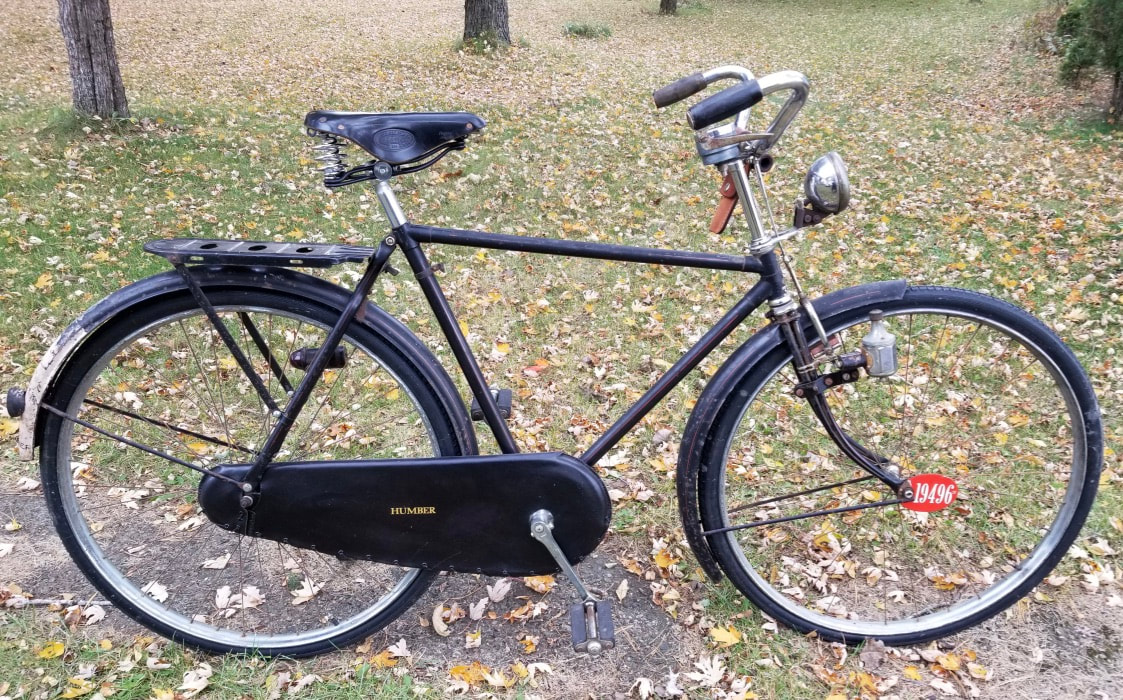 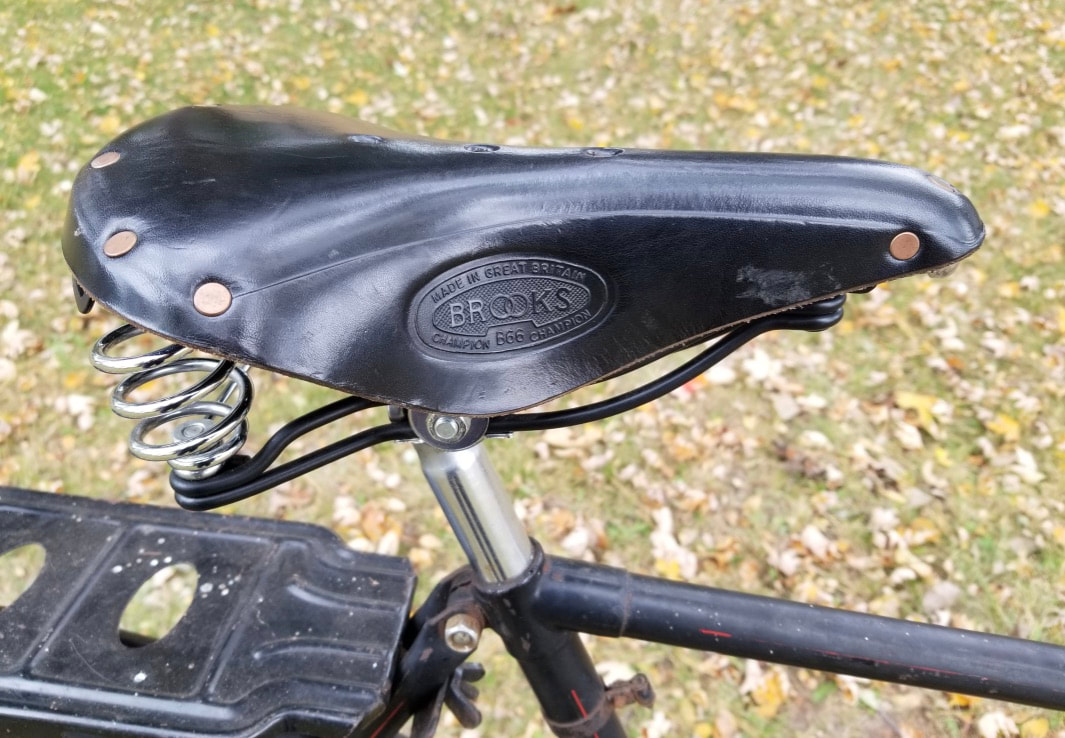 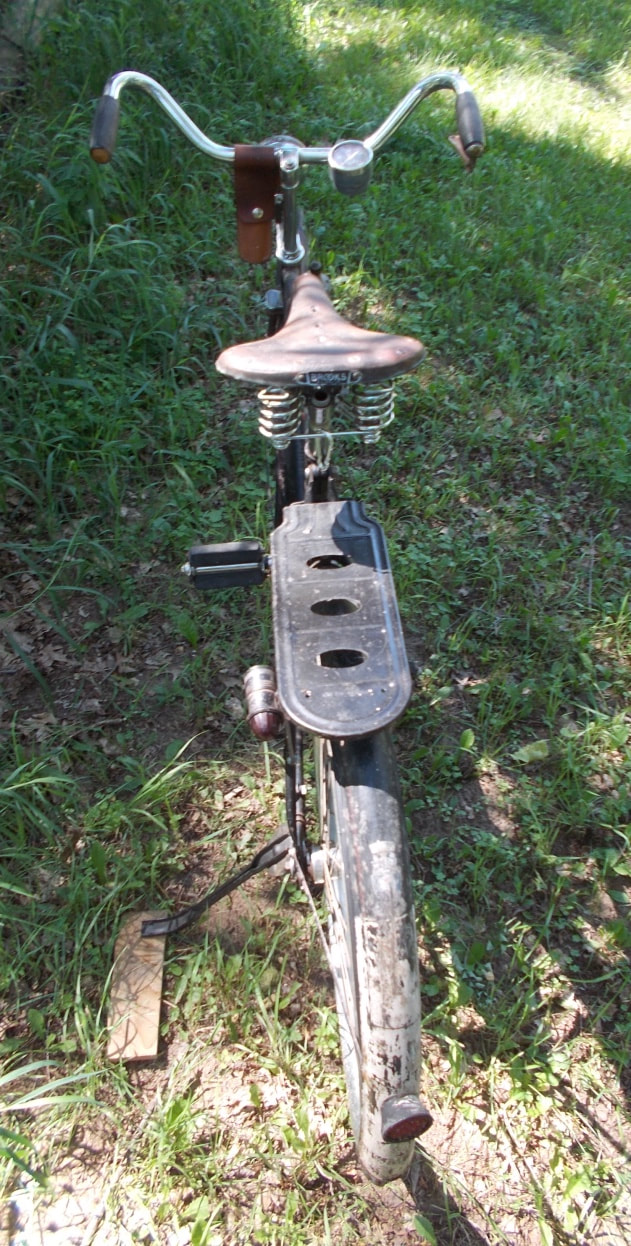 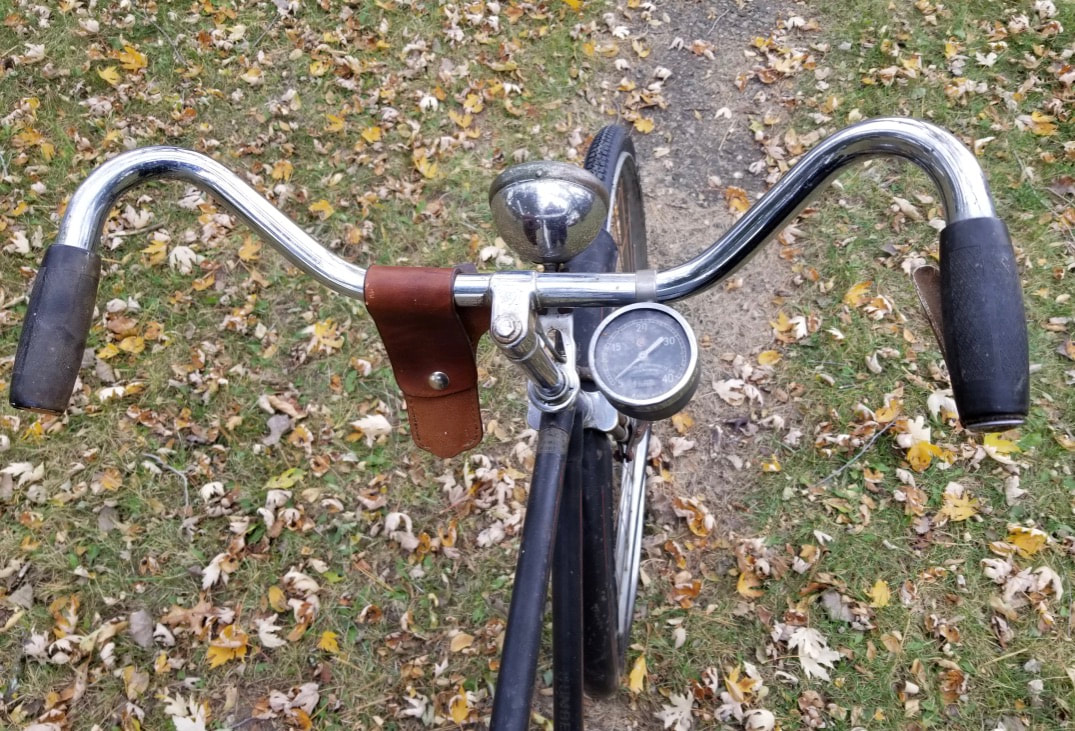 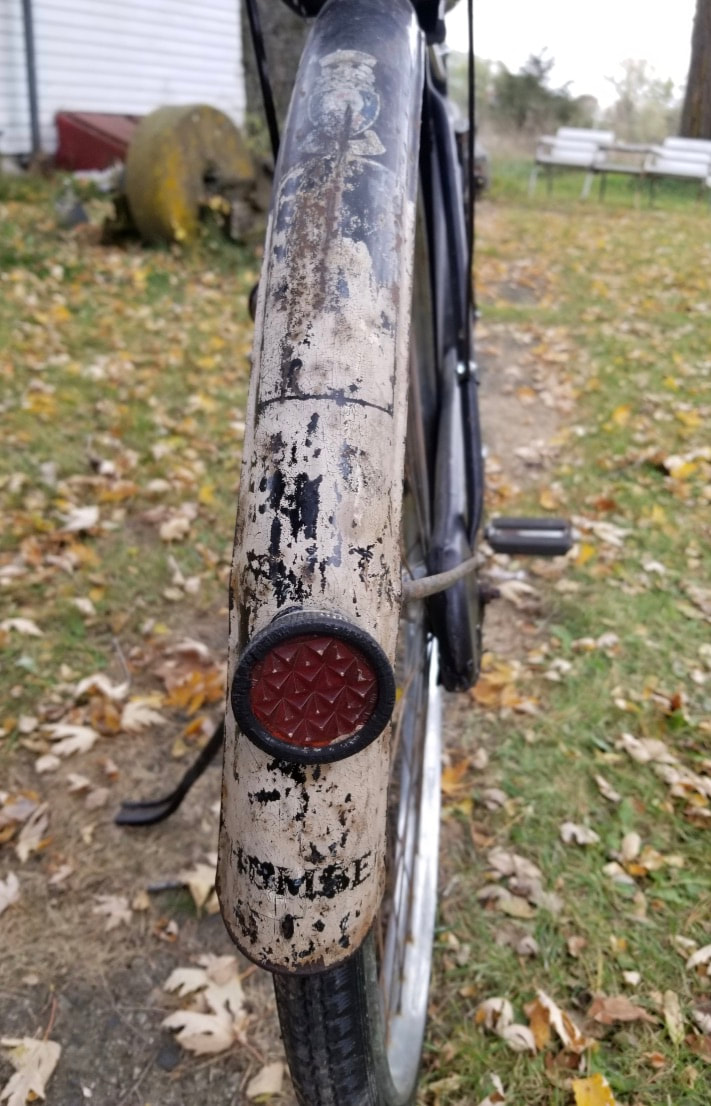 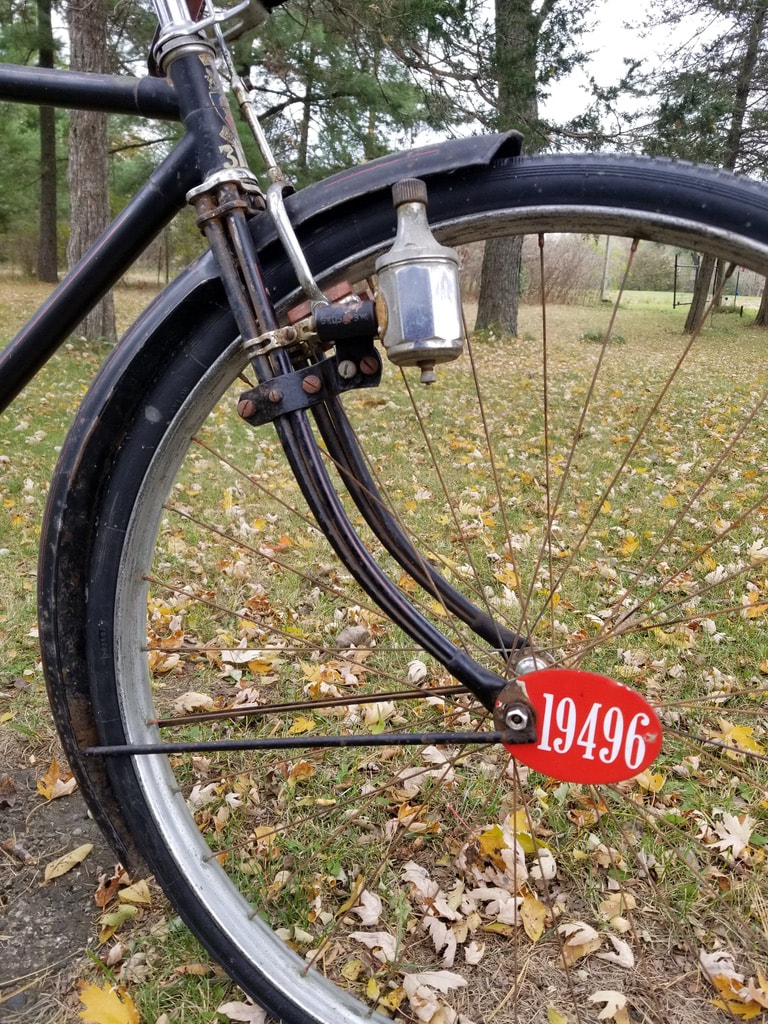 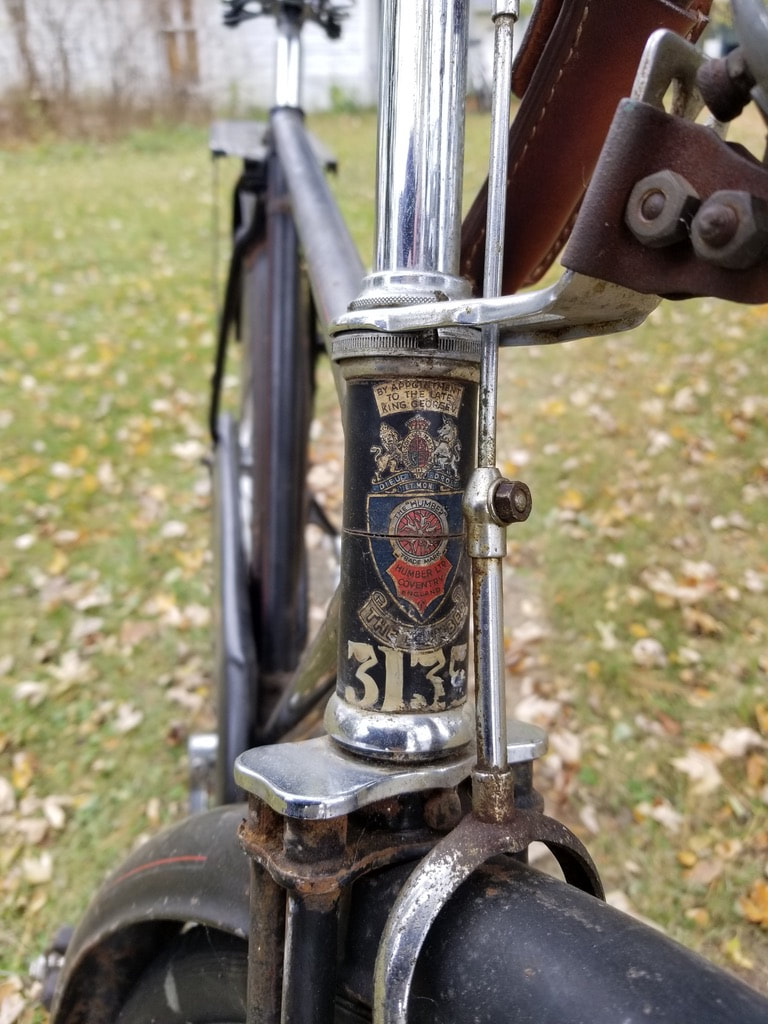 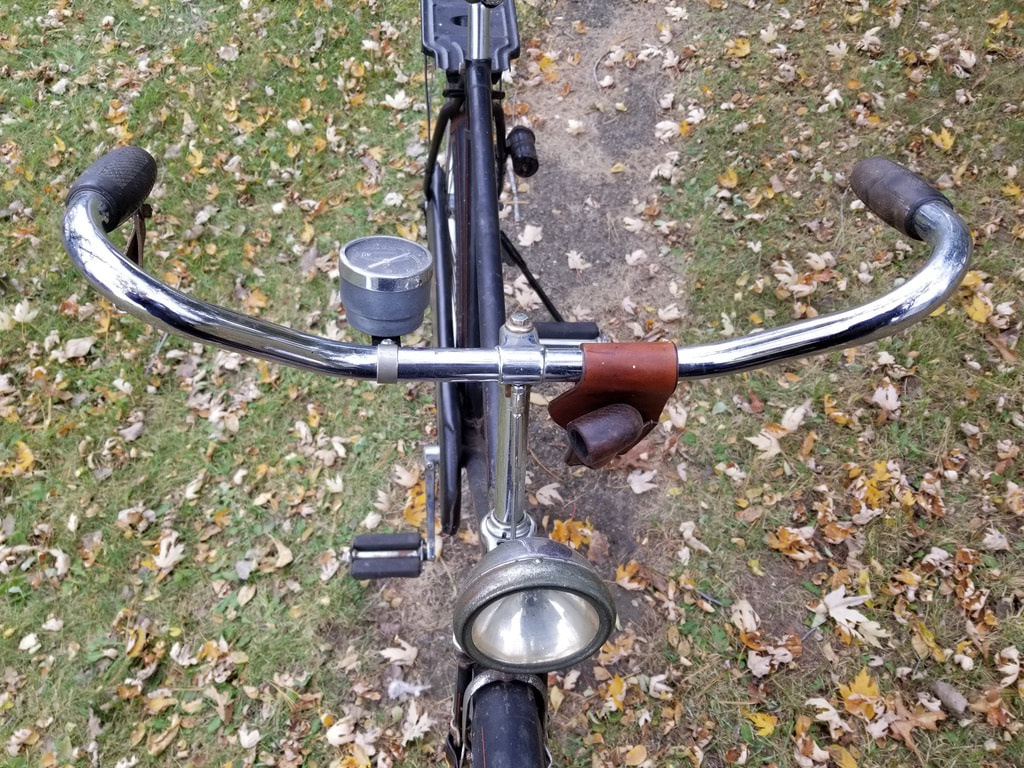 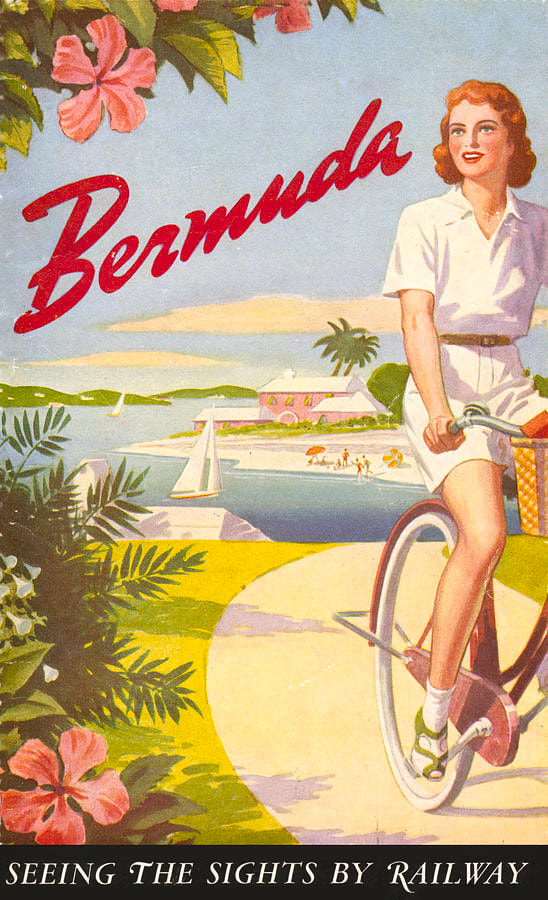 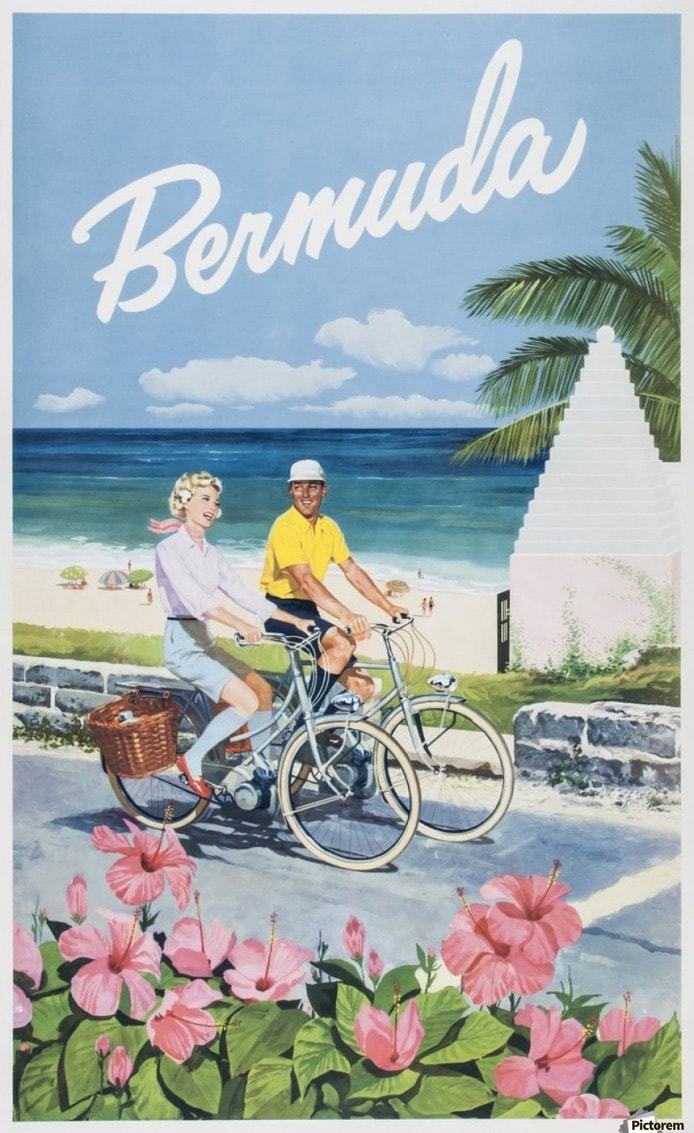 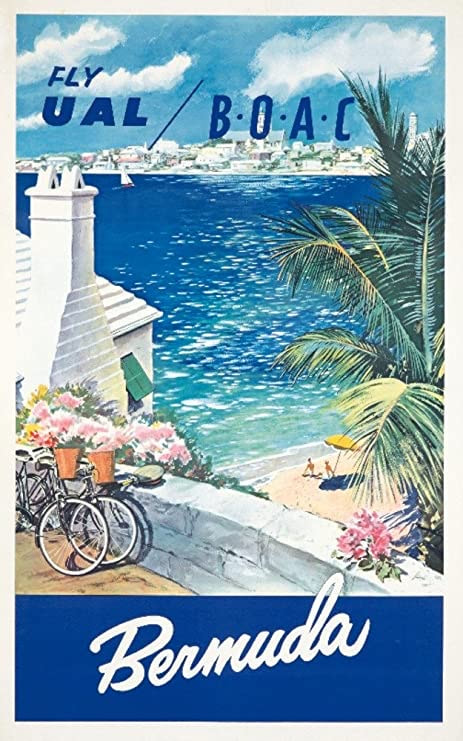 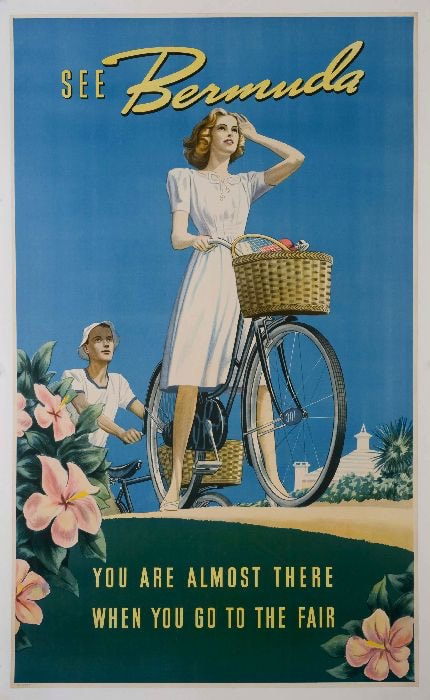 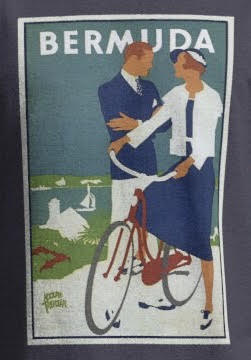